Where Was A Monster Calls Filmed? 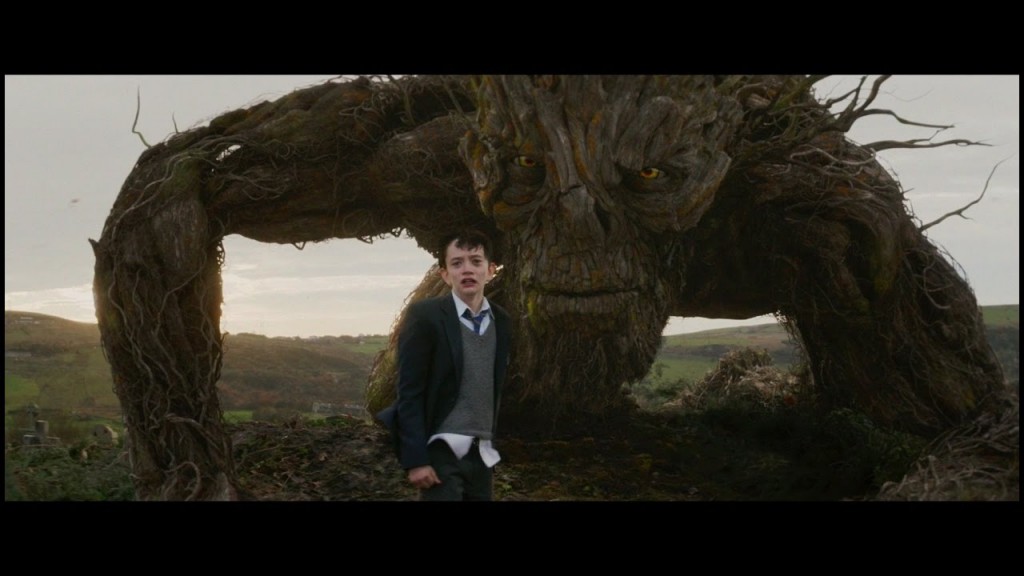 ‘A Monster Calls’ is a fantasy drama directed by J.A. Bayona and written for the screen by Patrick Ness, who wrote the eponymous novel based on an original idea by Siobahn Dowd. Starring Felicity Jones, Sigourney Weaver, the film tells the story of a young child, Conor (Lewis MacDougall), who has to take care of his terminally ill mother in the absence of his father. Conor’s grandmother often visits them, saying that he can come live with her in the eventuality of his mother’s death.

Conor’s life at school doesn’t help him much, and he slowly finds refuge in fables and drawings, a talent that he inherits from his mother. One night, he is visited by a giant yew tree (voice actor: Liam Neeson), who tells him that he will be telling him three stories, and Conor shall have to say the fourth one. Conor’s interaction with the yew tree and the short fables comprises this finely crafted fantasy film dealing with themes of grief and acceptance. The fascinating story and equally beautiful setting got us curious about the filming locations. We dug further, and here’s what we found.

‘A Monster Calls’ features some scenic landscapes that accentuate its fantasy narrative. The film was shot in the northwestern part of England and Barcelona, Spain. Principal photography commenced on September 30, 2014. Here are the specific details!

Inspired by Jim Kay’s evocative black and white illustration from the eponymous book, the filmmakers decided to use it as a guide for the locations. Bayona chose to shoot his film in the northwestern part of England, particularly in the area of Lancashire. From Blackpool to Slaithwaite, the production moved across the Pennine Hills, which divides North West England from Yorkshire and North East England.

The theme park featured in the film was shot at Blackpool Pleasure Beach, along with scenes filmed at The North Pier Promenade, Blackpool. Some scenes were filmed in Rivington Pike, in Horwich, Bolton, especially where Conor looks up the hill standing by the gate. The Great Times restaurant on Lancaster Road was also used as a location in the film.

Apart from these specific locations in the Lancashire region, many scenes were filmed at Castlefield, Ramsbottom, and Didsbury in Manchester. The church on the hill was actually filmed at the St. Thomas’ Church in Delph, a quaint village in Oldham, Greater Manchester.

Being a Spanish co-production, ‘A Monster Calls’ was also filmed at the Parc Audiovisual de Catalunya Studios. One of the largest studios in Southern Europe, the production facility is located at Terrassa, in the east-central region of Catalonia, Spain. A few scenes were also shot in the city of Cabrils, in the province of Barcelona.