Where Was A New Year’s Resolution Filmed?

One of Hallmark’s several movies emblematic to the festive season is ‘A New Year’s Resolution’, which serves as a great excuse to huddle up with friends and family over a steaming cup of hot chocolate or maybe a bowl of popcorn? Directed by Leslie Demetriades, it narrates the story of a Milwaukee-based producer, Kelly Leone (Aimee Teegarden), who graces New Year with a resolution to say “yes” to every social invitation that she gets: a month-long arrangement that is bound to change the course of her life.

Kelly subsequently engages more and indulges in activities that she previously never cared to do. She also chances upon a businessman, Tom Malone (Michael Rady), who might just be the highlight of her New Year resolution. Like most Hallmark productions, the movie is a concoction of festive cheer and snug holiday locations that is sure to warm your hearts. But where was ‘A New Year’s Resolution’ filmed? Let’s find out.

A part of Hallmark’s ‘New Year New Movies’ lineup, ‘A New Year’s Resolution’ was filmed in late 2019. The movie was filmed in Manitoba, amidst snow and pre-Christmas mirth hanging in the air. Let’s dive into details.

‘A New Year’s Resolution’ was filmed extensively in Winnipeg, Manitoba. As Manitoba’s capital and largest city, it houses numerous annual festivals every year, attracting attention and popularity. A portion of the scenes was filmed in St. Ambroise Beach Provincial Park, a stretch of land on the shore of Lake Manitoba. It was established in 1961. 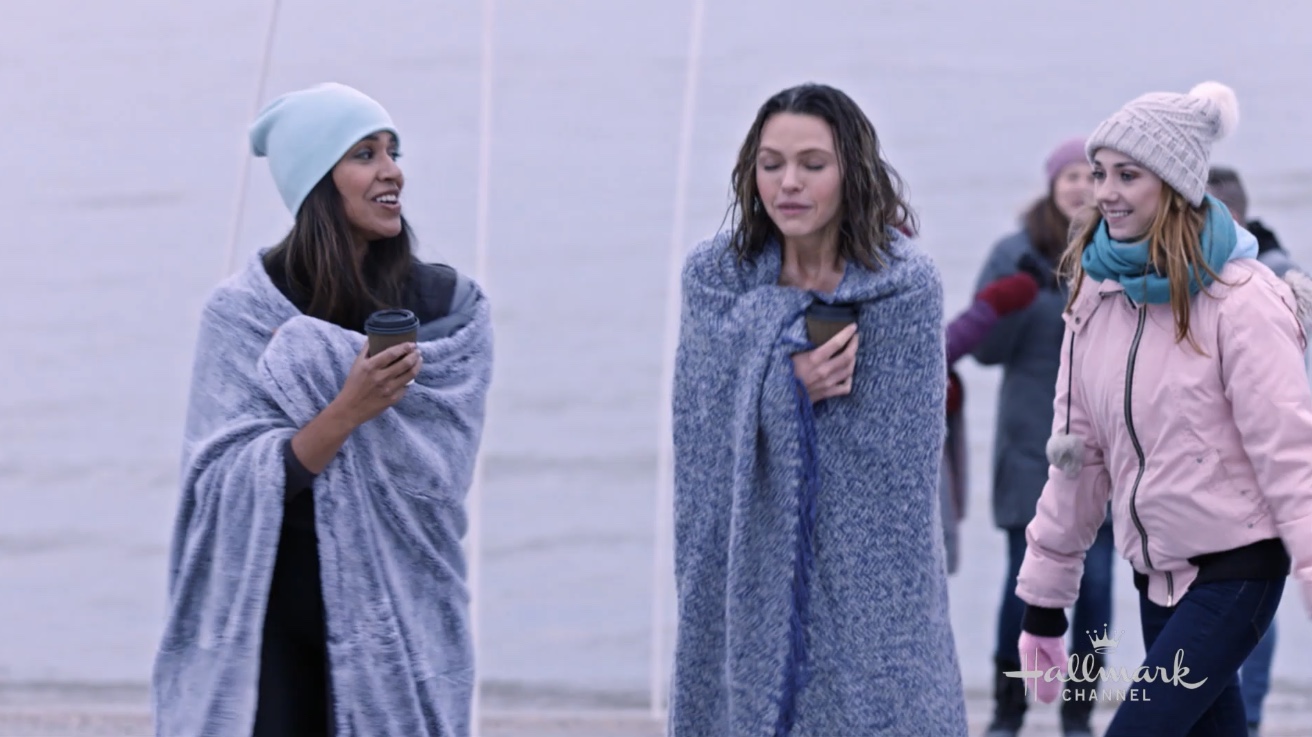 St Ambroise Beach Provincial Park is basically a provincial park where people are free to engage in festive discourses and activities. The park, which momentarily shut down in 2011, was reopened in 2013. The areas permissible to the crowd include a few spots within the premises where the population mostly gathers. Since it has the potential of melting entirely into the spirit of the movies, it’s not surprising that Hallmark chose this location for shooting ‘A New Year’s Resolution.’ 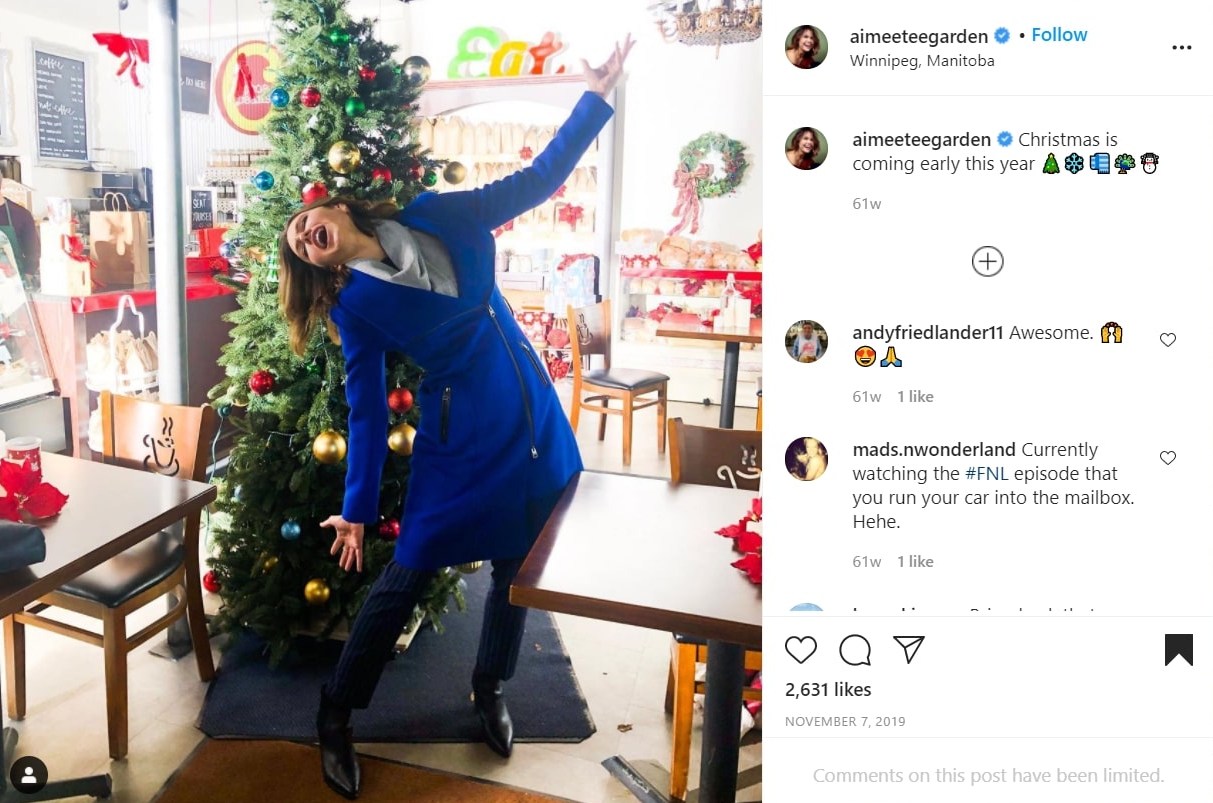 Aimee took to her Instagram to share a few behind-the-scenes pictures while shooting in Winnipeg from October to November 2019. One of them (pictured above) features a Christmas tree in what looks like a café in Winnipeg. According to Aimee, the movie was filmed in over 21 locations. 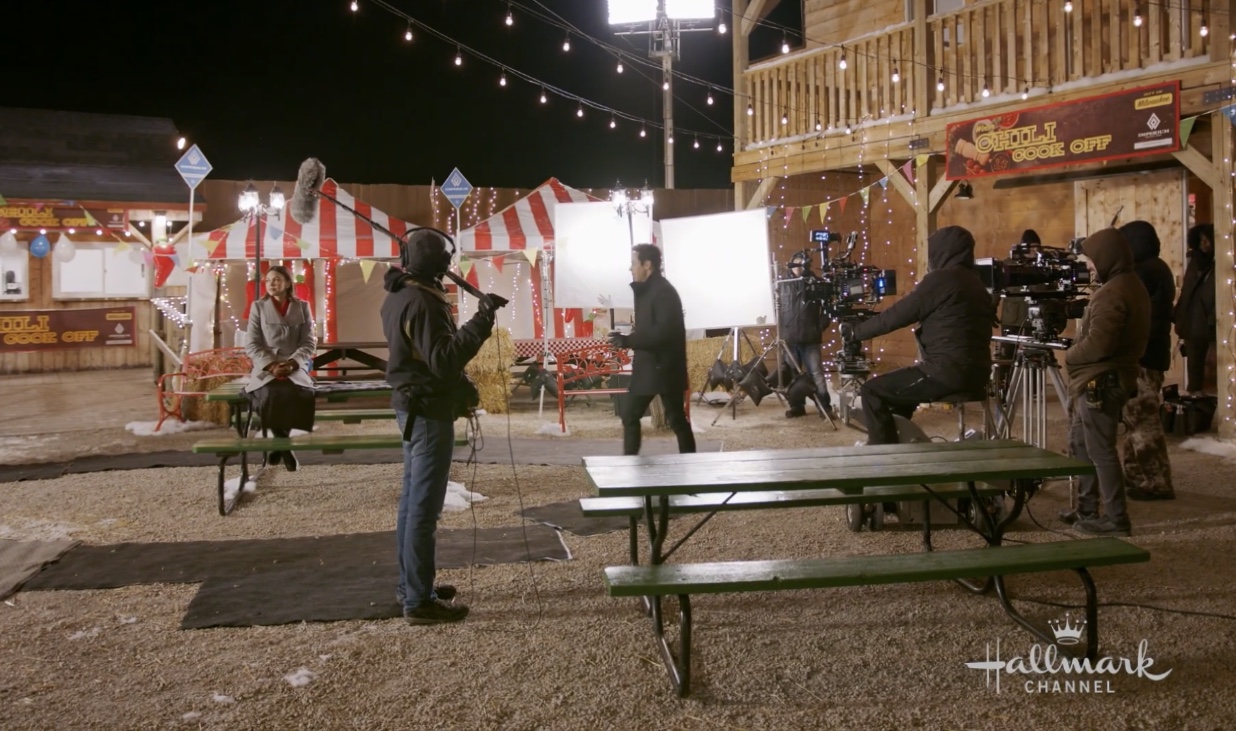 Aimee Teegarden stars as Kelly Leone, the initiator of a promising new year resolution that transforms her life. She is best known for her role as Julie Taylor in the NBC drama ‘Friday Night Lights’. ‘A New Year’s Resolution’ is her second Hallmark feature after ‘Once Upon a Christmas Miracle’ in 2018. Michael Rady plays Tom Malone, a businessman, and Kelly’s subsequent love interest, who she meets due to her resolve in expanding her social life.

Rady has a commendable filmography to his credit with shows like ‘The Mentalist’, ‘Grey’s Anatomy’, and ‘Jane the Virgin’. He is best known for playing Nicholas Keynes in NBC’s ‘Timeless.’ The movie also includes Patricia Isaac as Lisa and Michael Strickland as Casey. Shannon Coast and Elena Anciro star as anchors in a morning show.