Where Was Ben Is Back Filmed? 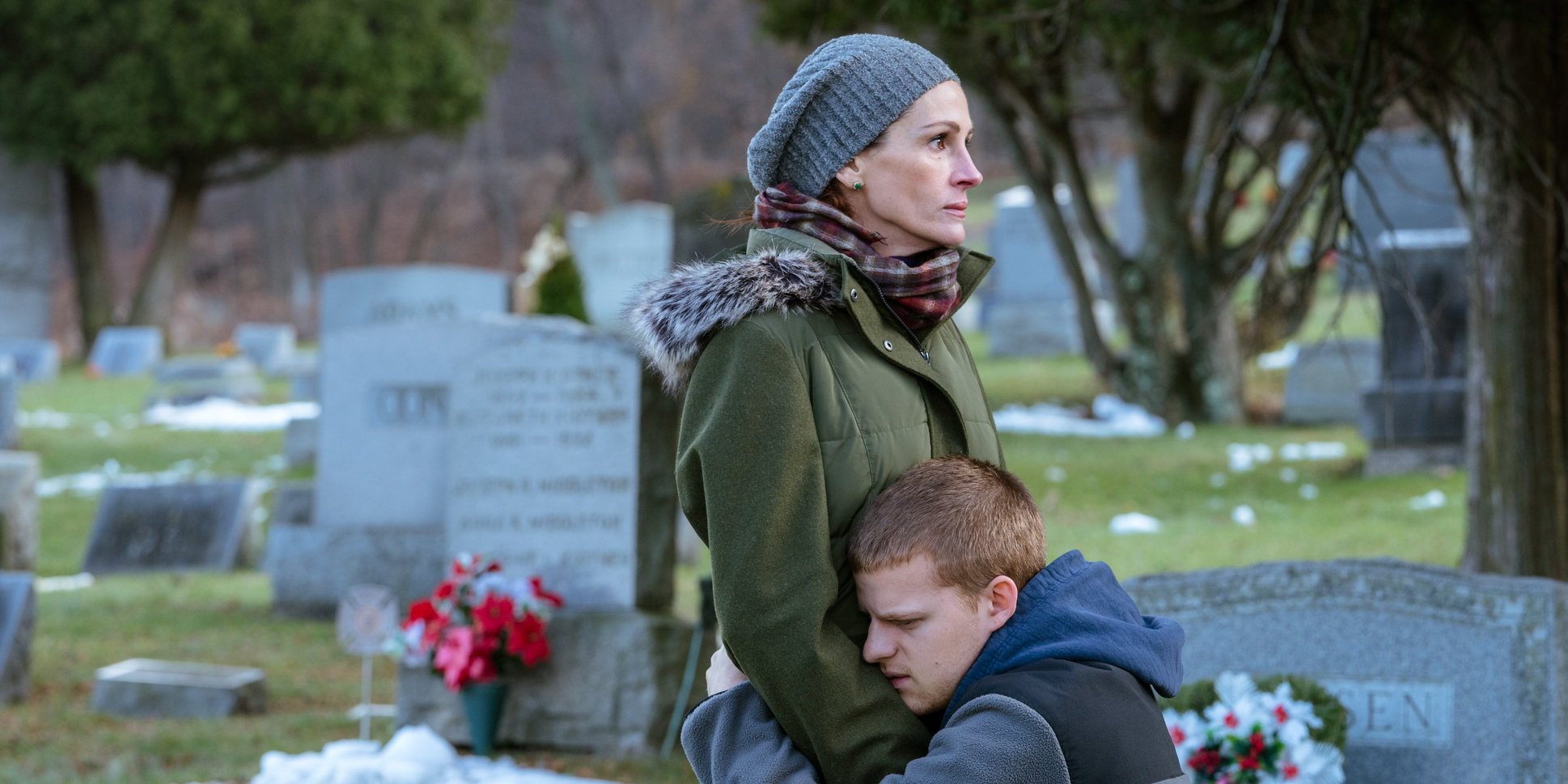 Acclaimed director Peter Hedges (‘Dan In Real Life’) reared the 2018 familial micro-drama movie ‘Ben Is Back’ starring his son Lucas Hedges (‘Manchester by the Sea‘). The film highlights many shades of Julia Roberts and Lucas Hedges’ central roles, Holly and Ben. The storyline revolves around Ben Burns, an athlete dealing with opioid addiction. The film opens as he returns from his stint at rehab on Christmas Eve.

Ben’s intense dynamic with his mother, Holly Burns, and the subsequent effect of his addiction on the family form the core of the drama. While maintaining the unity of action and time, the movie also features a lot of outdoor locations. The hometown is mundane and suburban, but the camera looks for an exit from nature, reinforcing the fostering image. Now, you may wonder where the film was shot. If the thought has indeed crossed your mind, allow us to enlighten you.

Ben Is Back Filming Locations

‘Ben Is Back’ was filmed in the state of New York, particularly in Rockland County and Westchester County. Filming reportedly kicked off in late 2017 and continued through early 2018. Stuart Dryburgh of ‘The Secret Life of Walter Mitty’ fame came on board as the director of photography. On the other hand, Ford Wheeler, the set decorator of ‘Stranger Than Fiction‘ fame, took up the role of production designer in the movie. Let us now take you to the specific locations where the movie was lensed.

The crew filmed some scenes in Sloatsburg, a village in the town of Ramapo in Rockland County. It was a crucial junction in the filming schedule. Consequently, they set up a base at the village center and scanned the neighborhood. An important filming location is Harriman State Park. As per sources, a few scenes were even lensed at a property on Johnsontown Road, simply known as The Farm.

Additional filming went underway at the Super Seven convenience store, located at 75 Orange Turnpike in Sloatsburg. The production team supposedly lensed segments in Hayward’s Deli, a deli at 59 Orange Turnpike. Whereas it appears that a few shots were recorded outside the strip mall as well as the Haas Pharmacy at 62 Orange Turnpike. Some filming also took place in New City, a hamlet in the Clarkstown municipality. The crew filmed in North Little Tor Road and along the South Mountain Roads in the suburbs of New City.

Filming also went underway in Garnerville, which was formerly known as Calicotown. The hamlet in the town of Haverstraw features in several scenes, a highlighted location being Sparky’s Diner. Located at 129 Ramapo Road, the affordable diner attracts local crowds through its sheer cooking prowess and an uncomplicated menu. Another place where the crew set up a shoot was a cemetery in Haverstraw, where a heated fight between Ben and Holly takes place.

The cast and crew spent a significant amount of time in the Hudson Valley region. The film begins when 19-year-old Ben Burns reappears in his house in Yonkers, New York, just in time for Christmas. The production unit lensed several exterior scenes along Lake Avenue and Nepperhan Avenue, Central Park Avenue, and Mildred Street.

In addition, the team toured Mamaroneck, lensing a few enticing sequences on location. Filming took place in the Mamaroneck Beach & Yacht Club, a country club located at 555 South Barry Avenue at the mouth of the Mamaroneck River. Furthermore, the crew filmed scenes in Larchmont, an affluent village situated along the Mamaroneck River. The unit lensed scenes in St John’s Episcopal Church in Larchmont at 4 West Fountain Square. Reports suggested that a few sequences in the film may have been lensed along Beach Avenue and Linden Avenue as well.

Read More: Ben Is Back Ending, Explained: Is Ben Dead or Alive?