Where Was Braven Filmed? 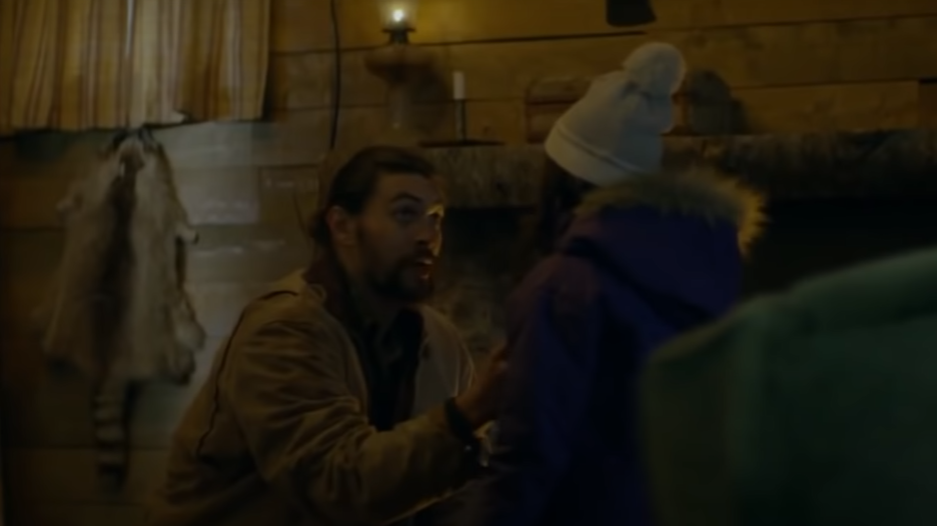 Written by Mike Nilon and Thomas Pa’a Sibbett, ‘Braven’ is an action thriller film directed by debutant Lin Oeding, who was a stunt coordinator before working on this film. ‘Braven’ revolves around Joe Braven (Jason Momoa), wh0 owns a logging company, lives with his wife Stephanie (Jill Wagner) and their daughter Charlotte (Sasha Rossof). They head for their hunting cabin where they get into a deadly stand of survival after encountering a group of ruthless drug traffickers. The film, which is co-produced by Momoa, met with mostly positive reviews from critics and became a financial success. If the setting makes you wonder where it was filmed, here is everything you need to know.

The principal photography of the film began in early December 2015 on the island of Newfoundland in Canada. Here are some details about the filming.

Oeding and the director of photography, Brian Andrew Mendoza, shot the film extensively in Newfoundland, which is an island off the eastern coast of the North American mainland. With a massive geographical area and beautiful locations, the area is apt for shooting movies. The snowy wilderness makes it a fascinating backdrop for a film. It is also among Canada’s largest islands and has a mostly humid climate. Some of the movies that were shot in Newfoundland are ‘Outlander’, ‘Aquaman’, ‘The Grand Seduction’, ‘The Adventure of Faustus Bidgood’ and ‘We Were Wolves.’

Several scenes were also shot at the Marine Drive of Logy Bay-Middle Cove-Outer Cove town, which is under the province of Newfoundland and Labrador. Stuntman and actor Sala Baker shared a collage image on Instagram with three behind the scene pictures. Check it out below. 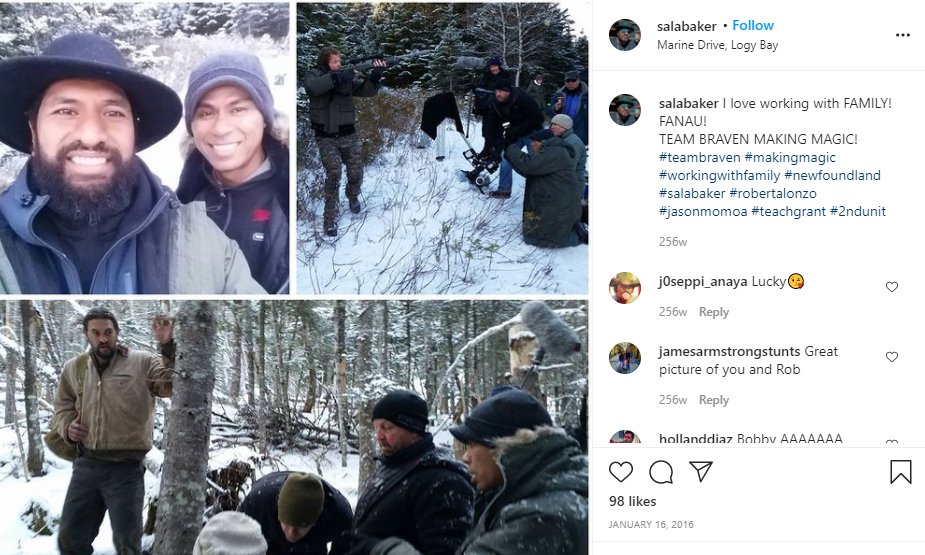 A restaurant scene, which was also shown in the film’s trailer, was shot at the Leo Restaurant in St John’s, which is the capital city of Newfoundland and Labrador province. Talking about selecting Newfoundland as the filming location of ‘Braven,’ Oeding told CBC: “When I saw photos it was an easy decision and a no-brainer, as Newfoundland is a gorgeous place.”

Momoa sustained an injury while filming for a bar fight scene in the film. The ‘Game of Thrones’ actor said that he was knocked out after being hit by a stuntman because he could not make proper eye contact with the latter. This led Momoa to get hit before he could grab the stuntman. He was rushed to the hospital and the filming was halted for the day. However, he was back in filming the very next day after recovery.