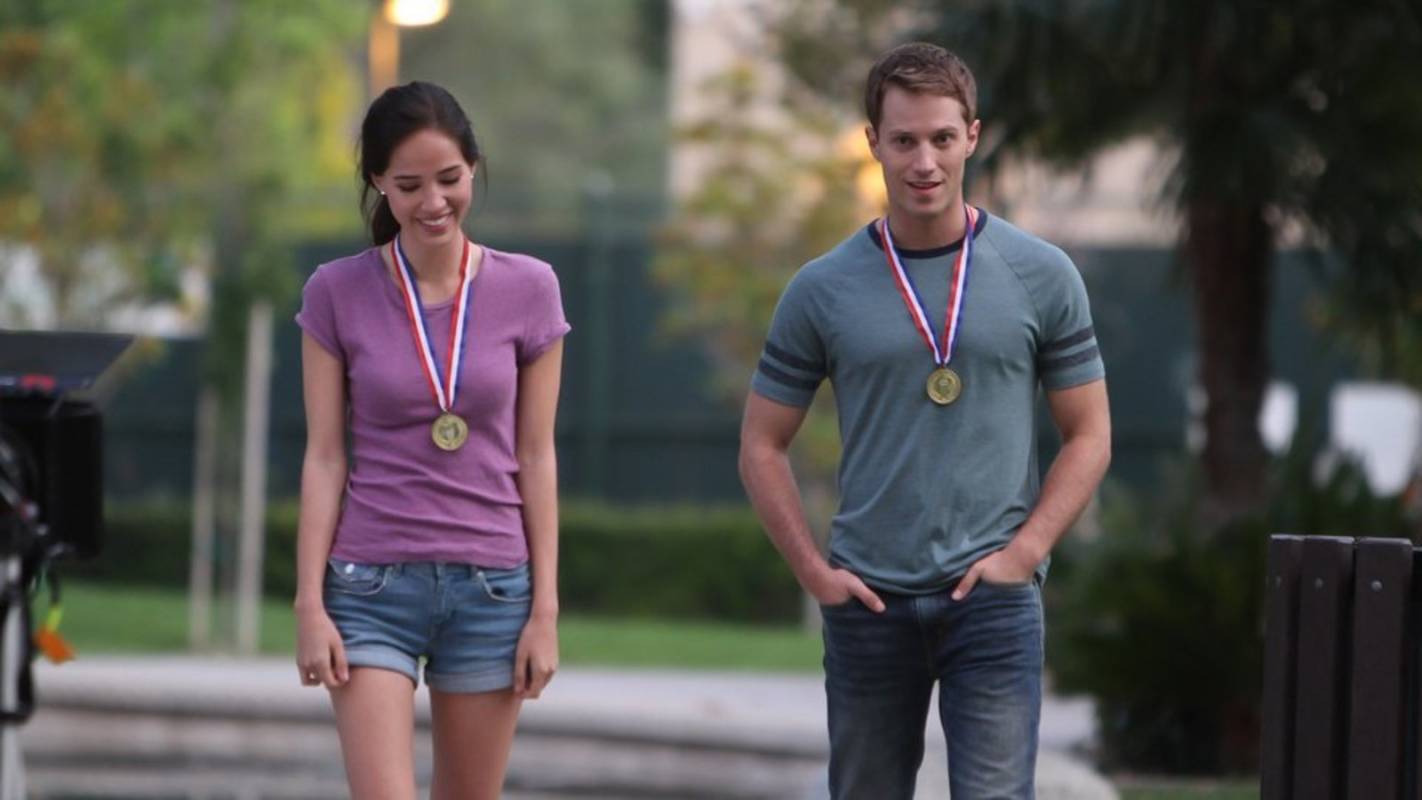 Most of the Hallmark, Lifetime or UPtv romantic movies we see tend to follow quite a similar plotline and are also based on a similar central theme. However, despite being thematically same, these movies are placed in such interesting worlds and revolve around such amazing characters that we cannot help but watch them. The film ‘Brimming With Love’, directed by W.D. Hogan and produced by UPTv, is also a movie that treads this path.

The story of this film centers around the relationship between two characters- Allie and Sam. While Allie is an aspiring journalist still waiting to find her big break, Sam is the owner of a coffee shop. The most interesting thing about Sam is the fact that he has successfully helped many patrons of his coffee shop find perfect matches for themselves over the years. Allie too agrees to take part in Sam’s unique matchmaking process to find the man of her dreams. However, it so happens that while going through the entire process, it is Sam for whom Allie begins developing a weak spot.

Most TV movies we see are either filmed in indoor locations, or in parts of Canada which offer film production companies some attractive tax incentives. Although no confirmed news is available in this regard, considering the trend in Hallmark and Lifetime movies, we can say this is also true in the case of ‘Brimming With Love’.

The central character of the film, Allie Morgan, is played by Kelsey Asbille. Her other notable works include the character of Monica Dutton in the TV series ‘Yellowstone’, Tracy Stewart in ‘Teen Wolf‘, Gigi in ‘One Tree Hill‘, and Marissa in ‘Embeds’.

Allie’s love interest Sam is portrayed by Jonathan Keltz. Mainly known for his TV series roles, Keltz has earlier worked on projects like ‘Republic Of Doyle’, ‘Reign’, ‘Cardinal‘, and others. Besides these two leading characters, important supporting roles have been played by Alexandra Metz, Zayne Emory, Gatlin Kate James, and Japheth Gordon.

Neither the cast and crew nor the producers of’Brimming With Love’ have released any information regarding the shooting locations of this movie. However, considering the fact that the film is a UPtv production, there is a high chance of it having been filmed in Canada. Canadian cities like Vancouver are great for filming small-budget, as well as mega Hollywood productions. Vancouver’s geographical diversity also offers a variety of landscapes in which the movies can be filmed.

‘Brimming With Love’ is a sweet little coffee shop love story that is bound to make you fall in love with its characters and their lives in no time at all. The film shows us rather beautifully how romance can blossom in the most unlikeliest of places at times. However, we must always be ready to take the opportunities that life throws at us if we truly wish to be happy.