Where Was Cinderella Filmed?

Written and directed by Kay Cannon ‘Cinderella’ is a musical romance that puts a modern twist on the timeless fairytale with aplomb. Featuring all the glitter, magic, and romance one would expect from a modern-day remake, the film also makes full use of modern-day filmmaking techniques to create arguably the most vibrant and ornate version of the film yet.

The movie marks the acting debut of singer Camila Cabello, who portrays the titular character. Many of the characters have gotten makeovers from their previous iterations (including the mice!), and the film and its elaborate dance numbers are set amidst some truly spectacular backdrops. Curious about where ‘Cinderella’ was filmed? We’ve got the story!

The film is shot entirely in England, with a mix of on-location photography and studio filming. Multiple locations around the country, many of them known for their vintage aesthetic, were used to bring ‘Cinderella’ to life with convincing backdrops. Filming seemingly began on February 13, 2020, but was shut down in March due to the COVID-19 pandemic.

Production then resumed in August 2020, with mainly exterior shots of various towns and vintage architecture required. Most of the filming requiring larger crowds was reportedly completed before the lockdown in March. The last day of filming was seemingly October 2, 2020. Let’s take a look at the specific locations used to bring the movie to life.

The film was largely shot at the iconic Pinewood Studios, located on Pinewood Road near the village of Iver Heath in Buckinghamshire County. The production reportedly used the F Stage (7,500 square feet) and the C Stage (8,910 square feet) of the studios that also contain the famous 007 (‘James Bond‘) Stage. 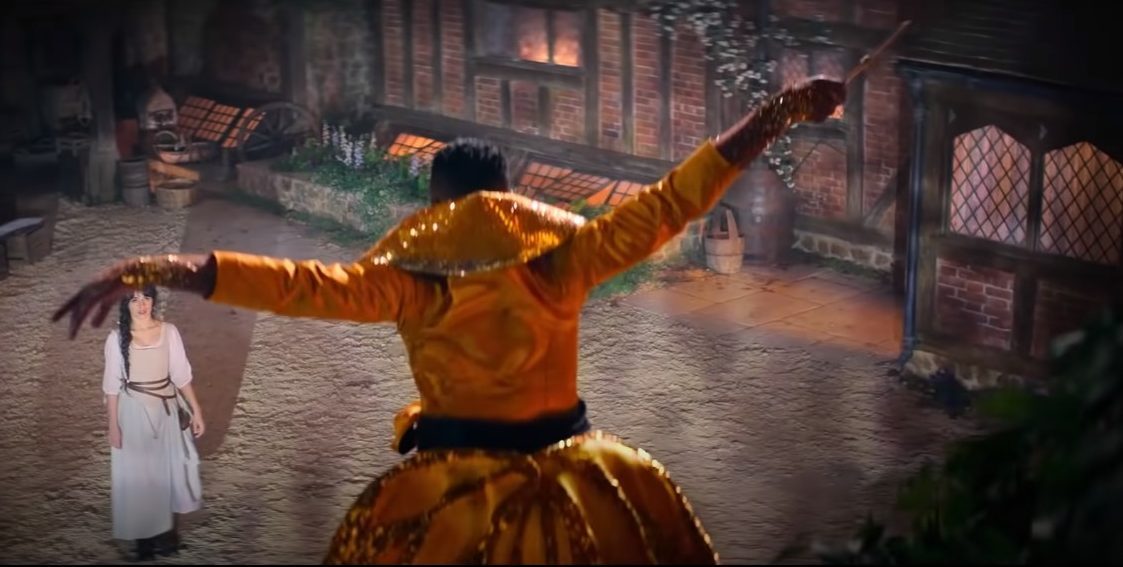 The production also made good use of the impressive Waddesdon Manor, which is located in the village of Waddesdon in Buckinghamshire. Interior and exterior scenes were shot here, with the country house standing in for the palace in the movie.

Around the beginning of March, film crews were reportedly seen in the seaside town of Blackpool, in the county of Lancashire on the northwest coast of England. Filming in the town reportedly took place around the Blackpool Tower, a vintage structure which, when it opened in 1894, was the tallest human-made structure in the British Empire. The tower is located on the town’s promenade and is an easily recognizable tourist attraction.

The Blenheim Palace, located about 20 minutes away from the city of Oxford in the town of Woodstock in Oxfordshire, was also reportedly used for filming scenes of the library. The UNESCO World Heritage Site has been used to film multiple films, including ones from the ‘Harry Potter,’ ‘Mission Impossible,’ and ‘Indiana Jones’ series, amongst others.