Where was Disobedience (2017) Filmed?

Directed by Sebastián Lelio, ‘Disobedience’ is a 2017 romantic drama movie based on Naomi Alderman’s eponymous 2006 novel. It follows Ronit Krushka, a young Jewish woman who returns to her community after her father’s death. However, she finds herself uncomfortable trying to fit in with the Orthodox Jewish community. She stumbles across her cousin, Dovid Kuperman, who is married to Esti, a mutual friend from her younger years. Soon, Ronit finds herself entangled in a relationship viewed with disdain by those around her.

Starring Rachel Weisz, Rachel McAdams, and Alessandro Nivola, the touching movie has been praised by viewers and critics alike for its realistic portrayal of lesbian relationships amid religiously orthodox communities. One of the biggest factors that help make ‘Disobedience’ a joy to watch is its breathtaking visual side. Many have expressed their curiosity regarding the possible locations where the romantic movie may have been lensed, and we are here with the answers.

‘Disobedience’ was filmed primarily in England, in the Greater London area. The movie’s principal photography seemingly commenced on January 3, 2017, with Danny Cohen as the director of photography. Let’s learn more about the possible production locations of the Sebastián Lelio directorial.

‘Disobedience’ was taped in Greater London, an administrative area comprising the City of London and 32 surrounding boroughs. The production team spent a significant time in the Golders Green municipality in the Borough of Barnet to shoot important scenes featuring Ronit and Esti, specifically at Golders Green Road and Hoop Lane. Another major filming site was the Hendon municipality in the same borough. It is home to the Hendon Central Station, which features in the scene depicting Esti’s walk home after Ronit departs for the airport.

Many scenes set outside Dovid’s home were framed at 49 Heber Road in Cricklewood, while a private residence in the Hampstead Garden Suburb was also used as a shooting spot in the Rachel Weisz-starrer. The interior and exterior of Lauderdale Road Synagogue at 2 Ashworth Road in Maida Vale were used to capture the synagogue scenes for the romantic drama. For scenes depicting Ronit’s visit to her father’s grave, the filmmakers set camp in Willesden Jewish Cemetery at 26 Beaconsfield Road, Willesden.

Moreover, Beaconsfield Road, on which the cemetery lies, can be spotted in the scene when Ronit walks toward her father’s final resting place. Newman Street in Fitzrovia appears in the background during a conversation between Ronit and Esti, and the Newman Passage located nearby was where the iconic kissing scene between the two women was shot. Additionally, Rinkoff Deli, or Rinkoff Bakery, at 79 Vallance Road, was used to capture two different scenes, both showing Ronit getting some sweets. 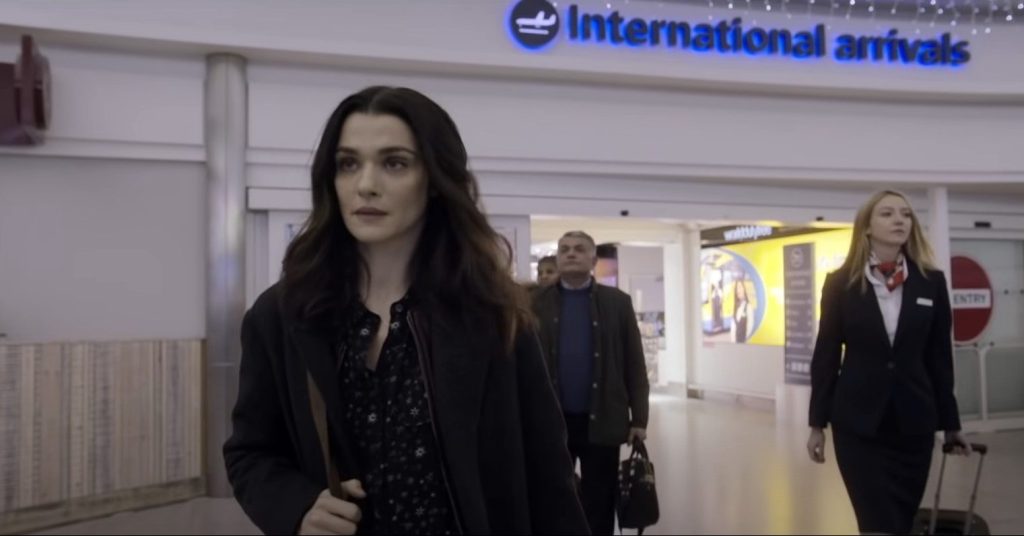 The London Stansted Airport at Bassingbourn Road in Stansted Mountfitchet was used to record scenes showing Ronit in transit. Lastly, Heronsgate in Edgware, a small town located in Northern Greater London, was used to lens the scene where Ronit and Esti discuss their relationship’s impact on their lives.

Read More: Is Disobedience Based on a True Story?