Where Was Four to Dinner Filmed? Is It A True Story? 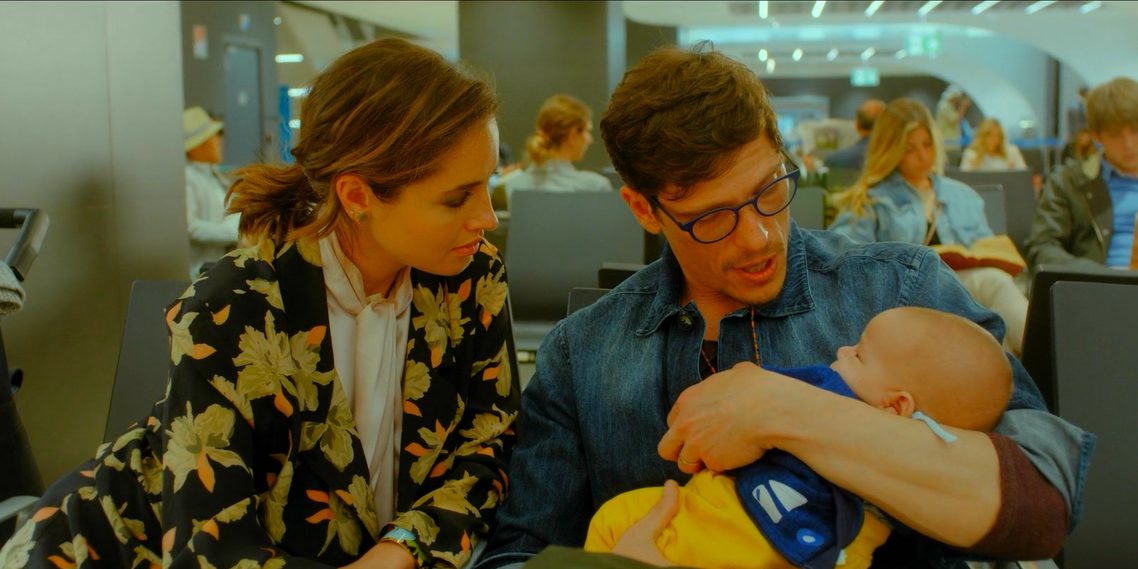 Helmed by Alessio Maria Federici, the Italian-original romantic comedy movie ‘Four to Dinner’ (originally titled: ‘Quattro metà’) is a poignant and beautiful mess. As told by Luca and Sara, the story revolves around Matteo, Dario, Chiara, and Giulia, as they look for soul mates in an increasingly complicated and pacing urban existence. They all look for stabilities in their respective lives, but misleading signals often lead to heartbreaks and abrupt endings.

The movie suggests that the endings are also beginnings, as the story comes back to square one in the finale. The tale unfolds mostly in and around Italy, in cafes, bookstores, bohemian restaurants, and nocturnal avenues, while taking us on short tours to Lisbon, Portugal, and later, London. However, you may still fail to recognize the locations as the director seemingly sought to hide the street markers. You may also doubt whether the criss-cross of relationships depicted in the movie has any semblance to a real-life quartet. Well, let us look for answers, then.

‘Four to Dinner’ was filmed in locations in and around Italy and Portugal, especially in Roma. The story is also set in Roma, and thus, the director took his cast and crew on a sprawling trip to the country. Due to its romantic air, sun-soaked locations, and touristy medieval villages, Italy has come to assert its place on the global movie production map.

Moreover, Italian National Cinema has played a crucial role in shaping the history of the visual medium since its heydays of neorealism, recognized by filmmakers such as Vittorio De Sica, Federico Fellini, Roberto Rossellini, and Luchino Visconti. Contemporary directors such as Alessio Maria Federici have upheld the tradition while updating the aesthetics to cater to the new era. Federico Schlatter served as the cinematographer. Let us now transport you to the specific locations where the movie was filmed! 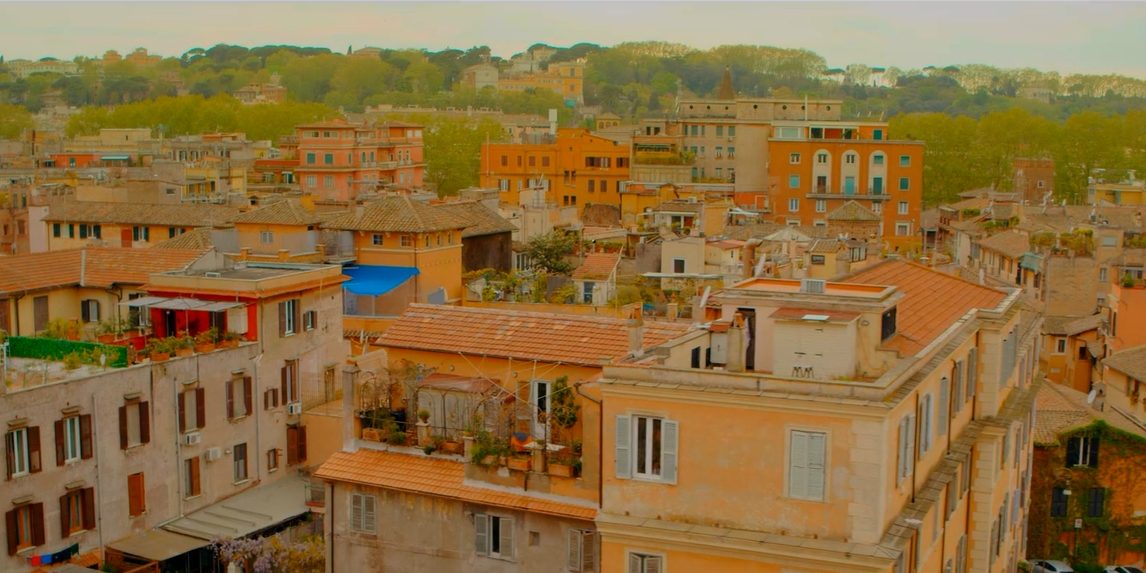 Most of the movie is filmed in and around Italy, especially in Rome. Some filming in the city took place in Dolci Desideri, a cake shop at Via Anton Giulio Barrili, 56/62, in Roma. Scenes were also captured on an avenue by the River Tiber, especially where Dario meets Giulia months after them hooking up. The cast and crew also visited several offbeat locations in the city, a park, cafes, and bookstores. However, some scenes may have been filmed outside Rome, in Milan, and other Italian towns and communities.

Other Locations in Italy

The production team took a detailed tour of the country to bring the irresistible ambiance of the story to life. Artemide S.p.A., an elegantly decorated corporate office at Via Bergamo, 18, in the Pregnana Milanese region of Milan, possibly stood in for the office of Matteo in the story. Scenes were also perhaps filmed in Andrea Bizzotto S.p.A., a furniture store located at Via Spin, 71/73, in the small township of Romano d’Ezzelino in the Veneto region of northern Italy. 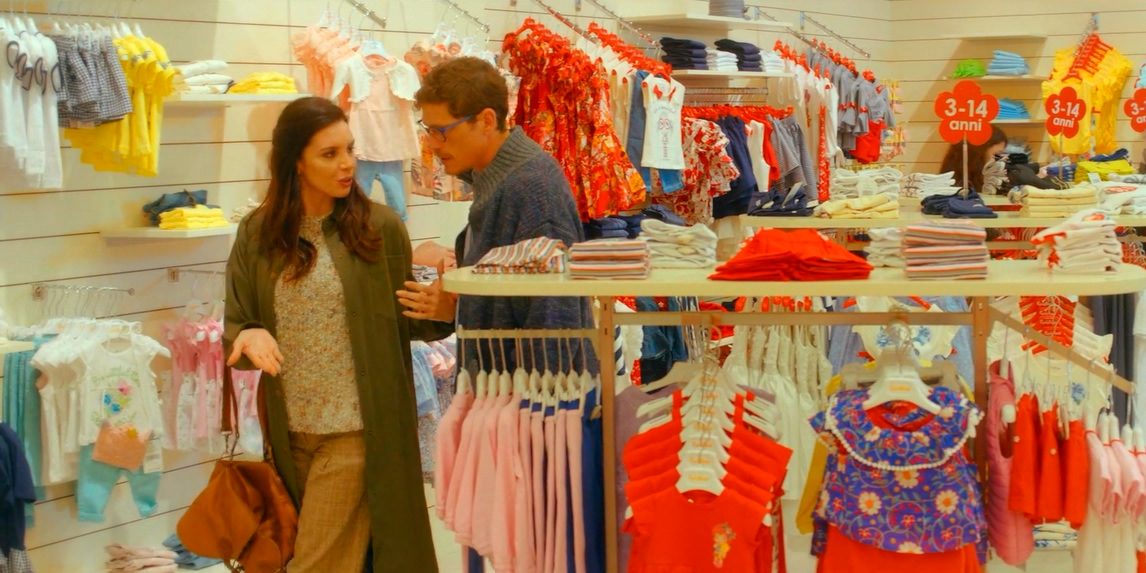 In one scene, Chiara and Matteo shop for the coming baby. The sequence was possibly filmed at Anteprima Brands Int. Ltd, a baby product store at 1, Ferris Building, 3rd floor, on St. Lukes’ Street in Pieta, Malta. Marpimar Edizioni Srl, a publisher at the Via Provinciale, 1, in the Rodengo-saiano area of the Province of Brescia, possibly stood in for the bookstore in the movie. Lastly, filming also took place at Fantastika Bio, a corporate office situated at Via del Serrone, 107, in San Marino, and Peg Perego S.p.A., another corporate office located at Via Alcide de Gasperi, 50, in the community of Arcore, part of the Province of Monza and Brianza. 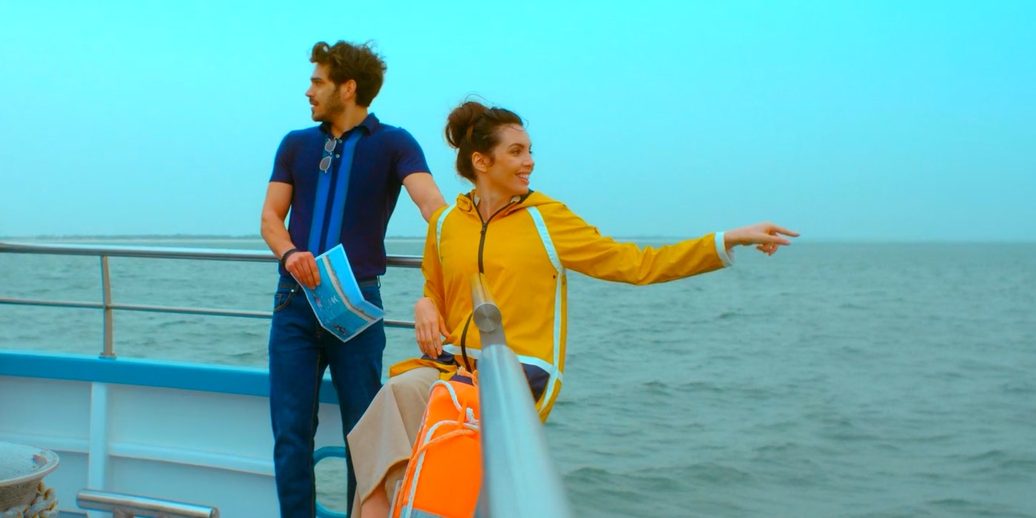 In the movie, Giulia gets a job and relocates to Lisbon despite her pregnancy. Staying true to the ambiance, the director chose to film the Lisbon scenes on-location. Therefore, the scene where we see the humpback whale, as well as the later part where Dario kisses Chiara, were filmed in the city. Lisbon, the capital city of Portugal, is characterized by its pastel-colored buildings, scenic beaches, and historic architecture.

Is Four to Dinner Based on A True Story?

No, ‘Four to Dinner’ is not based on a true story. However, as you may have realized, finding soul-mates are pretty tricky in an age of speed dating and no-strings-attached equations. Thus, although fashionably imperfect, the story holds the possibility to sway the audiences universally. Alessio Maria Federici directed the tale from a screenplay penned by Martino Coli. Following ‘Se mi lasci non vale’ and ‘Se mi vuoi bene,’ the movie is the writer’s third project. The original title, ‘Quattro metà,’ roughly translates as “four halves.” The four characters, Dario, Giulia, Chiara, and Matteo, make up the four pieces of this intricate puzzle. 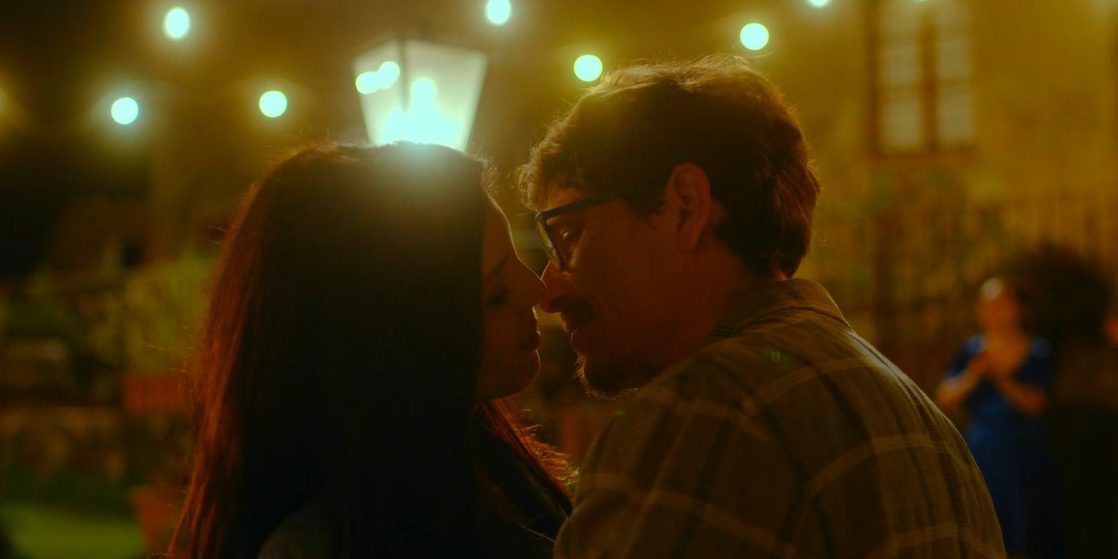 None of the characters are without flaws, but each remains grounded in their respective lives. The movie was a self-attested dream project for the director, and the last dedication to his mother leaves a personal touch. The four-person love conundrum format has been popularized, if not invented, by the likes of Woody Allen and Steven Soderbergh. The film follows a similar train of causality, while the story-within-the-story format detaches the audience from the tale. In the end, the movie may be fictional, but the characters make the journey worth taking.