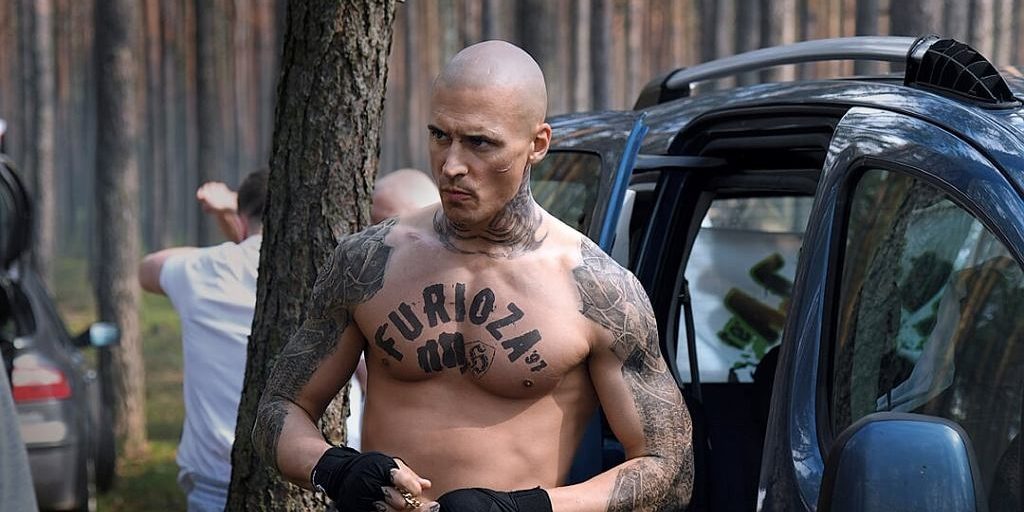 Directed by Cyprian T. Olencki, ‘Furioza’ is a brooding and ominous gangster thriller film that replaces hackneyed gunfight with refreshing slugfest and stabbing. The storyline follows Dawid, a doctor troubled by a past tragedy. When he meets his past love Dzika after ten years, she compels him to make a difficult choice. So, he must join his brother’s eponymous hooligan gang – Furioza – or his brother will spend years in prison.

While Dawid and Dzika work hand in hand to uncover a sprawling drug network in the city, a few deaths muddle the picture. Most of the events in the movie unfold in the Polish town of Gdynia, where the characters visit a dock, an underground gym, and a nightclub, among other places. The murky white depiction of the locations adds a brooding emergency to the story. However, you may wonder where the movie was filmed. If the question is bugging you, let us look for the places.

‘Furioza’ was filmed in Poland, especially in cities such as Warsaw and Gdynia. Filming seemingly commenced in August 2019, coming under wrap by the end of September 2019. Marcin Busko, who was in the art department of ‘The Fate of the Furious,’ handled the bulk of production designing and set decoration.

Apart from its abundance of urban, rural, and untapped landscapes, Poland also features a lucrative tax incentive program to lure global producers and directors into the country. As per the program, eligible productions can obtain up to 30 percent of tax credit for their expenses in the country. Let us now take you to the specific locations where the movie was shot.

A considerable portion of the movie was lensed in the historically dynamic Polish city of Warsaw, seemingly the interior scenes. The location team found a studio in the city that could facilitate production. They seemingly lensed sequences at Kapsel Studio, a considerably large studio located at Mińska 65/lok.244 in Warsaw.

Several other shots were taped in the city, including the early scenes in the metro. In all likelihood, the team lensed the scenes in Warszawa Centralna, the central railway line in the city. Meanwhile, the XOXO club featured in the movie seems to be an actual place in the central district of Warsaw. Therefore, it is possible that the crew lensed a few sequences on location.

Most of the exterior scenes were seemingly filmed in Poland’s Tricity (locally known as Trójmiasto), where most of the story occurs. Located in the Pomeranian Voivodeship, Tricity comprises three cities, Gdańsk, Gdynia, Sopot, and the nearby suburban areas. Much like the film depicts, Tricity remains a central economic and strategic hub in the country. Several scenes, including the dock sequences, were filmed in the area.