Where Was Hallmark’s Three Wise Men and a Baby Filmed? Who is in the Cast? 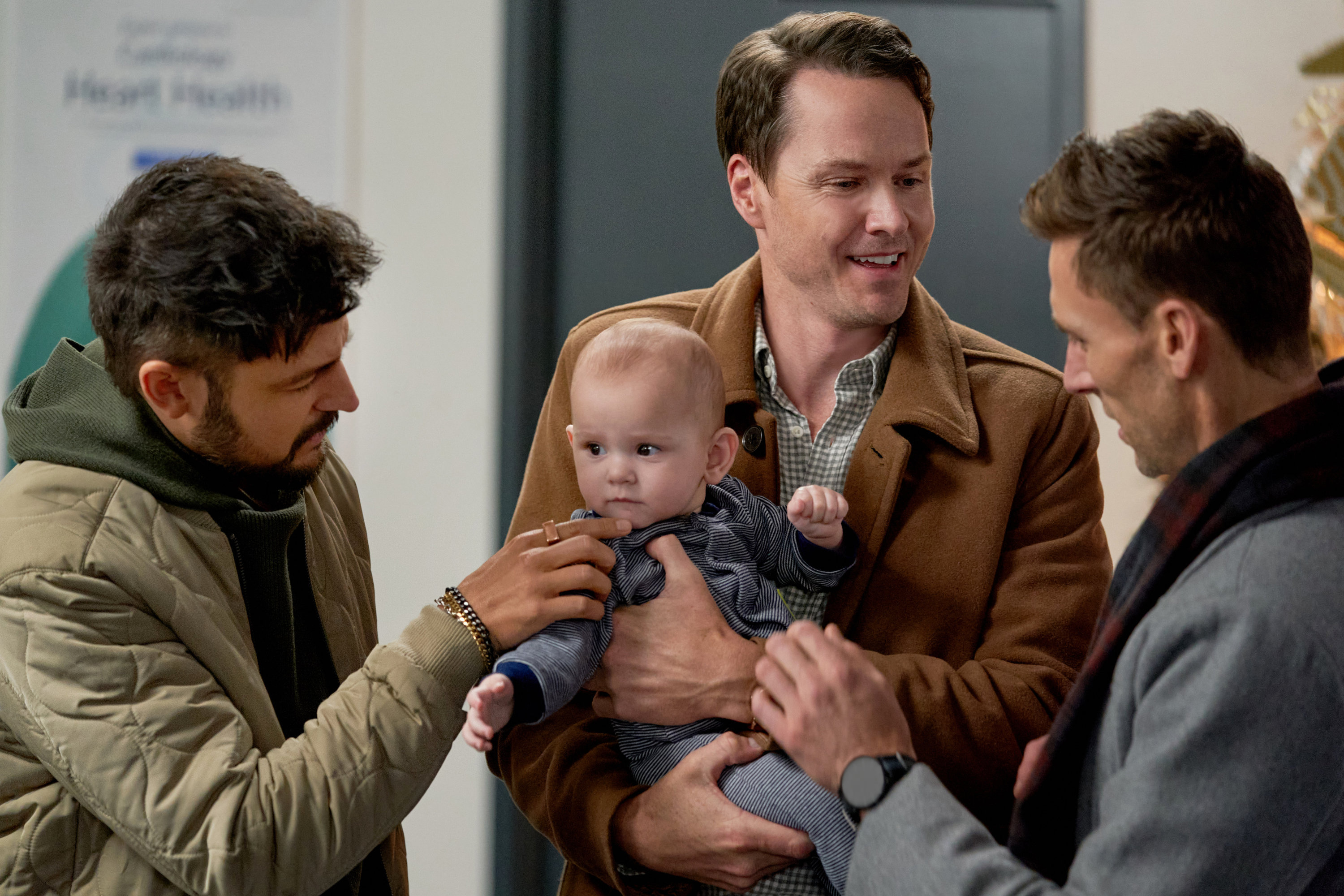 Directed by Terry Ingram, Hallmark’s ‘Three Wise Men and a Baby’ is a holiday romantic comedy movie that revolves around three brothers taking care of a baby over the holiday season. ‘Three Wise Men and a Baby’ follows the journey to self-discovery as the brothers come together as one to take care of a baby. The lives of the three brothers turn upside down when Luke, the firefighter finds a baby on the doorstep of the firehall with a note that says to take care of the baby until Christmas. While taking care of the baby, the brothers fix their relationships and delve into journey of self-discovery and finding love over the holiday season. Like any other holiday season movies, ‘Three Wise Men and a Baby’ needed romantic houses, grocery stores, and beautiful streets. The euphoric locations make us wonder where the film was shot. Want to know where the film was shot? You’ve come to the right place.

The province’s diverse scenery, which include woodlands, lakes, stunning beaches, mountains, rocky coasts, and snow-covered highways, make it a well-liked movie site. Let’s go into the specifics of the locations featured in the heartwarming holiday film.

The majority of ‘Three Wise Men and a Baby’ was filmed in and around Vancouver, the largest city in British Columbia. The cast and crew travelled across the city to film interior and outdoor scenes against the appropriate backdrops. Vancouver, a city in the Lower Mainland of the province, is known as one of the most ethnically diverse in the nation. It appears that the cast and crew used the resources of a real film studio in the city to transform it into the set shown in the Christmas movie.

They may have even traveled across Vancouver to film several scenarios against appropriate backgrounds. Vancouver is regarded as one of the most livable cities in Canada and the world, despite being one of the most expensive cities in the world. The forestry, media and entertainment business, as well as tourism, are the three primary industries that support the city’s economy. Vancouver, sometimes referred to as Hollywood North, is home to some of the biggest film studios and has served as the model for a number of US states and towns in the past.

Over the years, the location has served as a pivotal production location for different kinds of filming projects. Apart from ‘Three Wise Men and a Baby,’ movies and TV shows like ‘Supernatural,’ ‘Once Upon a Time’, ‘Prison Break’, ‘The 100’, ‘Titanic’, ‘Midnight Mass’, ‘Arrow’, and others.

In addition to several other actors playing significant roles, the films stars Andrew W. Walker (Luke), Tyler Hynes (Taylor), and Paul Campbell (Stephan) in the leading roles. Andrew is known for his roles in ‘Maple Valley Christmas’, ‘An Unexpected Christmas’, ‘The 27-Hour Day’, ‘Sweet Autumn’, ‘Christmas on My Mind’, and others. Tyler has starred in many films including ‘Always Amore’, ‘An Unexpected Christmas’, ‘Sweet Carolina’, ‘It Was Always You’, ‘Hotwired in Suburbia’ and others. You might recognize Paul from his other productions such as ‘Wedding Every Weekend’, ‘Holiday Hearts,’ ‘The Last Bridesmaid’, ‘Once Upon a Holiday’, and others.

Read More: Where Was Hallmark’s Our Italian Christmas Memories Filmed? Who is in the Cast?