Where Was In the Heights Filmed?

‘In the Heights’ brings Lin-Manuel Miranda’s award-winning Broadway musical of the same name to screen and attempts to capture the spirited vitality of a largely Latino neighborhood. Having created the music and lyrics of the stage version from a book by Quiara Alegría Hudes, Miranda was also deeply involved in the making of the film and ensured that it captured his vision. The multi-racial community that the film centers on echoes the heartfelt experiences of urban Latinos, and the film’s authentic backdrop keeps their spirited musical expressions grounded in reality.

A story that is as much about the neighborhood as it is about the people that inhabit it, the process of filming ‘In the Heights’ and ensuring it lived up to its lofty expectations was a labor of love. Let’s take a look at where this musical film was filmed.

In the Heights Filming Locations

Production went on through the summer of 2019 until August, with lead actor Anthony Ramos and the crew spending an overall 5 months on the film. Let’s take a look at the specific locations where this movie was filmed.

‘In the Heights’ was filmed predominantly in the Washington Heights neighborhood in New York City’s Upper Manhattan. Miranda’s initial inspiration from the neighborhood and wanting to portray its colorful vitality resulted in the stage musical. In bringing the story to the screen, he and the film’s director Jon M. Chu made the decision to shoot the film in the neighborhood itself. A daunting task, it was Chu’s initial vision for the film as an extravagant musical celebration filmed in Washington Heights that convinced Miranda about turning his Broadway musical into a film.

A post shared by The Nerds of Color (@thenerdsofcolor)

The neighborhood, therefore, forms a cornerstone of the film. One of its most iconic scenes, an elaborate dance number featuring synchronized swimming for the song “96,000,” was filmed at the Highbridge Park public pool. Along with 500 extras, the cast and crew spent 2 days filming the musical number, which sometimes saw Chu himself getting into the freezing water to direct the closely choreographed sequences. The pool is located within Highbridge Park at 2301 Amsterdam Avenue in Washington Heights, Manhattan.

Other locations in the neighborhood that were used for on-location filming include El Floridita restaurant at 3856 10th Avenue, Inwood, as well as the streets around the George Washington Bridge Bus Terminal and the United Palace Theater at 4140 Broadway. In addition, the graffitied 191st Street subway station tunnel is featured in vivid, neon-colored scenes in the movie, which the production team spent 3 days filming. In fact, the tunnel was used by Miranda to shoot his student films many years ago.

Miranda, who grew up in nearby Inwood, was driven by his childhood memories and attempted to create a modernized, present-day version of the neighborhood’s culture that he remembered so well. While scouting for locations, he took Chu and others on a tour of Washington Heights, getting them acquainted with the diverse neighborhood of his younger days.

Filming also took place on one of the neighborhood’s arterial roads, Audubon Avenue. Additionally, the nearby J. Hood Wright Park, located between 173rd and 176th Streets and bounded by Fort Washington Avenue and Haven Avenue, was used to film a brief but crucial scene that also features a view of the iconic George Washington Bridge in the background. The bridge is an integral part of the set design of the stage musical as well. 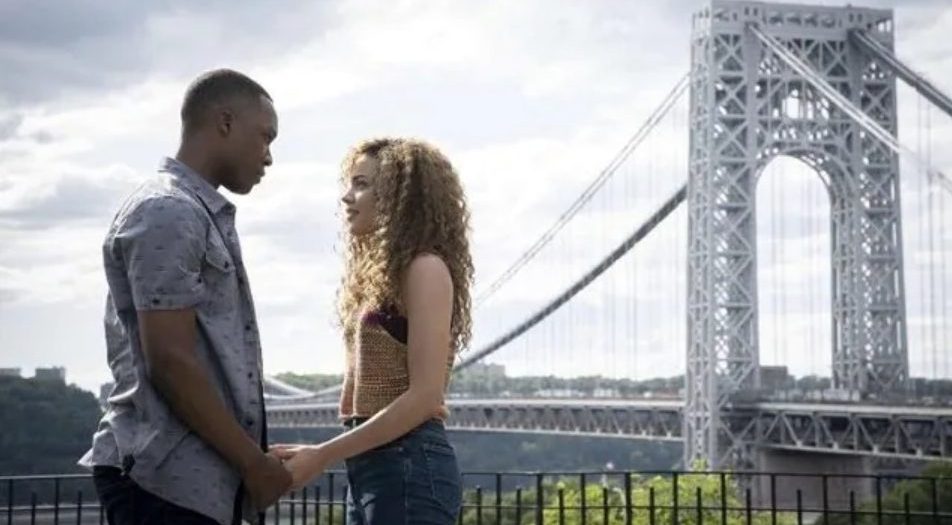 Interior scenes were also filmed on location in other parts of the city, including the neighborhood of Williamsburg in Brooklyn. A shop on Heyward Street in the neighborhood of Brooklyn doubled up as a beauty salon that hosted a musical number featuring one of the film’s lead characters, Nina (Leslie Grace).

With its long list of authentic filming locations that are home to the community that inspired the stage musical and film, combined with Miranda’s childhood memories of the North Manhattan neighborhoods of Washington Heights and Inwood, ‘In the Heights’ is a spirited love letter to one of New York City’s many quintessential localities and its people.