Where Was Lifetime’s A Christmas to Treasure Filmed? Who is in the Cast? 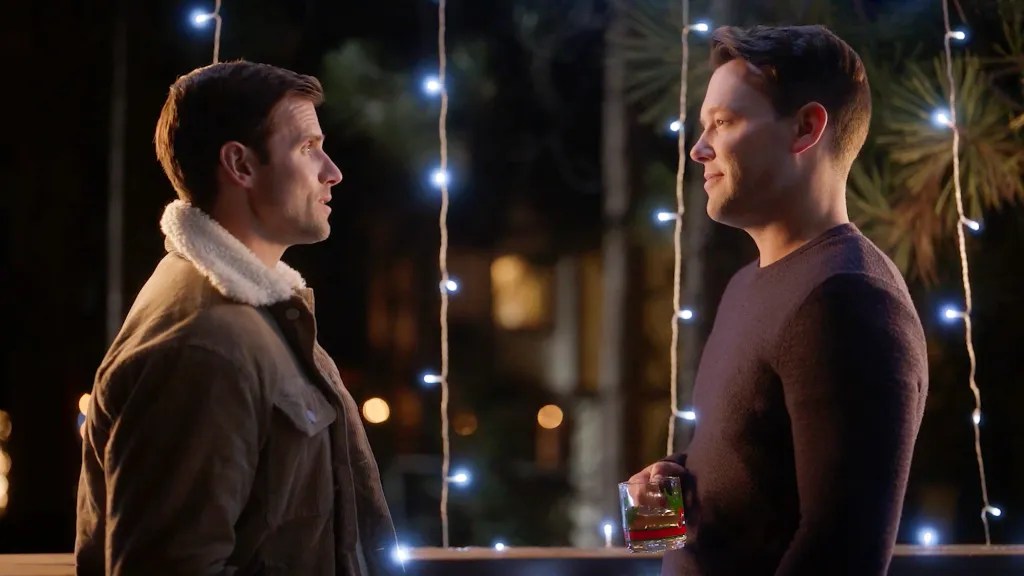 Written and directed by Jake Helgren, Lifetime’s ‘A Christmas to Treasure’ is a fun-filled romantic comedy movie that follows the heartwarming story of six estranged friends who reunite over the holiday season in their hometown. The friends engage in a classic holiday game of treasure hunting. As the search unfolds, feelings of love sparks between two friends, Austin and Everett as they relive their fond memories. Before the city gets an opportunity to transform the Marley home into a resort, the gang discovers the buried treasure, but Austin and Everett’s developing holiday romance may end up being the biggest Christmastime treasure of all.

‘A Christmas to Treasure’ from ‘It’s a Wonderful Lifetime’ lineup is Lifetime’s first LGBTQIA+ film where an actual gay couple plays the lead. The heartwarming narrative, wrapped up with some good old Christmas games with a tinge of mystery, keeps the viewers hooked. Moreover, the locations against the beautiful backdrops elevate the overall essence of the holiday film. Thus, it is natural for you to want to learn about the actual filming sites of ‘A Christmas to Treasure.’ Let’s delve in!

A Christmas to Treasure Filming Locations

‘A Christmas to Treasure’ was filmed entirely in California, especially Big Bear. Principal photography of the film began in the spring of 2022 and was wrapped up within a month. Without wasting more time, let’s dive into the details of the filming locations of the Lifetime movie.

Big Bear Lake is the largest recreational lake in Southern California. Its broadest point is roughly a mile long and seven miles long. Fishing was and still is one of the most popular pastimes in Big Bear throughout the summer.  Trout, bass, and catfish are the fish species that are most prevalent.  Additionally, highly popular are horseback riding, mountain biking, and hiking. Several trails for hiking with varied levels of difficulty are available in the San Bernardino National Forest.

Big Bear Lake transforms into a popular skiing and snowboarding location for Southern California throughout the winter months. Bear Mountain and Snow Summit are the two ski areas. Apart from ‘A Christmas to Treasure,’ Big Bear City has aided the production of several filming projects over the years, such as ‘Gone with the Wind,’ ‘Magnolia,’ ‘I’ll Be Home for Christmas,’ and others.

A Christmas to Treasure Cast

The movie ‘A Christmas to Treasure’ stars Taylor Frey and Kyle Dean Massey in the lead roles as Austin Craig and Everett Matthews, respectively. Taylor Frey has appeared in productions such as ‘Secrets in the Woods,’ ‘It Chapter Two,’ ‘A Date by Christmas Eve,’ and others. Kyle Dean Massey’s other credits include ‘A Merry Christmas Match,’ ‘After Party,’ ‘Sex and the City 2,’ and others.

Read More: Where Was Hallmark’s The Holiday Sitter Filmed? Who is in the Cast?