Where Was Lifetime’s Bad Behind Bars: Jodi Arias Filmed? Who is in the Cast? 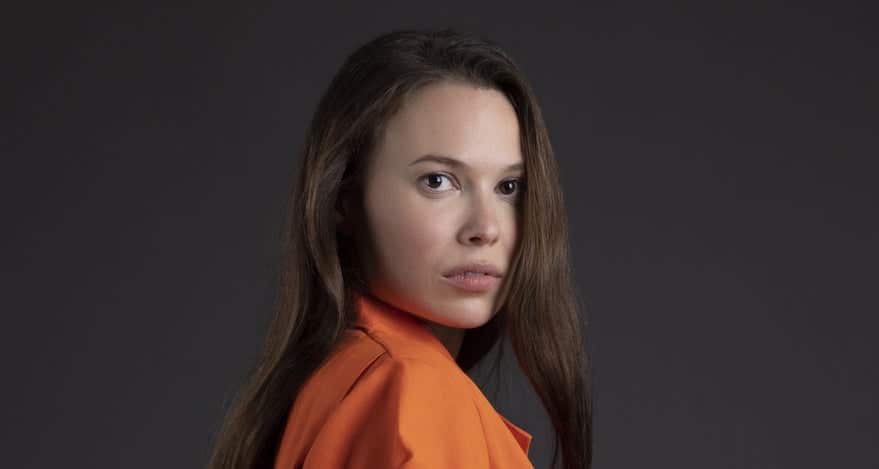 Directed by Rama Rau, Lifetime’s ‘Bad Behind Bars: Jodi Arias’ is a followup to the popular film, ‘Jodi Arias: Dirty Little Secret,’ which picks up the life of Jodi Arias behind bars. It centers on Jodi Arias, who was detained and incarcerated as she waits to stand trial for the death of her boyfriend, Travis Alexander. After being arrested, Jodi used her charm to go through jail and make friends with Donavan Bering and Tracy Brown. The three prisoners grew close, with Donovan and Tracy doing anything Jodi requested of them, even allowing her to get her name tattooed on one of them.

As Jodi’s trial approached, Donovan was let out of jail and decided to serve as her spokesperson, posting on her social media profiles and supporting her friend. However, Jodi’s vindictive side came out when the case’s specifics and her tale started to fall apart, and Donovan refused to carry out her old friend’s demands. The prison and court settings add a layer of danger to the tale, and you might be wondering where ‘Bad Behind Bars: Jodi Arias’ has been filmed. We have got you covered and will introduce you to the cast.

‘Bad Behind Bars: Jodi Arias’ was filmed entirely in Ontario, which acted as the stand-in for Arizona, the state where the nefarious murder took place. Principal photography of the thriller film began in August 2022 and was wrapped up within a few days. Director Rama Rau probably felt it was best to film the movie in Ontario, where most Lifetime movies are filmed. So, it’s only natural that the makers chose Ontario as the filming location for its picturesque locations. Here are the specific details!

‘Bad Behind Bars: Jodi Arias’ was predominately shot in Ontario, Canada. The production team made use of the historical Guelph Correctional Facility at 785 York Road in Guelph, a city located in the Southwestern part of the province, to shoot the prison scenes of the film. Built in 1910, the facility was previously known as the Ontario Reformatory and was closed down in 2001.

Ontario is renowned for its natural richness, which includes vast forests, stunning provincial parks, four of the five Great Lakes, and the renowned Niagara Falls, in addition to being Canada’s primary economic center. Some towns, such as Niagara-on-the-Lake and Elora, take extra care to maintain their historical identity. In addition to the Niagara Parks Commission, the St. Lawrence Parks Commission, Ontario Place, Science North, the Ontario Science Centre, and several provincial parks are also well-known attractions.

A post shared by Alexander Mackay Grip and Electric (@alexmackspark)

Ontario acts as the perfect stand-in for productions shot in the US. A simple reason behind this is the low filming costs and access to some of the best production facilities. Moreover, it is a melting pot for several cultures, which allows the creators to access the expertise of people from varied backgrounds. Other productions filmed in Ontario include, ‘American Psycho,’ ‘Ready or Not,‘ ‘It,’ ‘A Simple Favor,’ and others.

Celina Sinden plays the role of the titular character, Jodi Arias, in ‘Bad Behind Bars: Jodi Arias.’ She is known for his performances in ‘The Outpost,’ ‘Reign,’ ‘Retreat,’ and ‘My Neighbour’s Dog.’ Tricia Black portrays the role of Jodi Aria’s prison friend Donovan Bering. You might recognize her from ‘Pretty Hard Cases,’ ‘Summer Memories,’ ‘Locke & Key,’ ‘The Man from Toronto‘ and others.