Where Was Lifetime’s Cheer For Your Life Filmed? Is It a True Story? 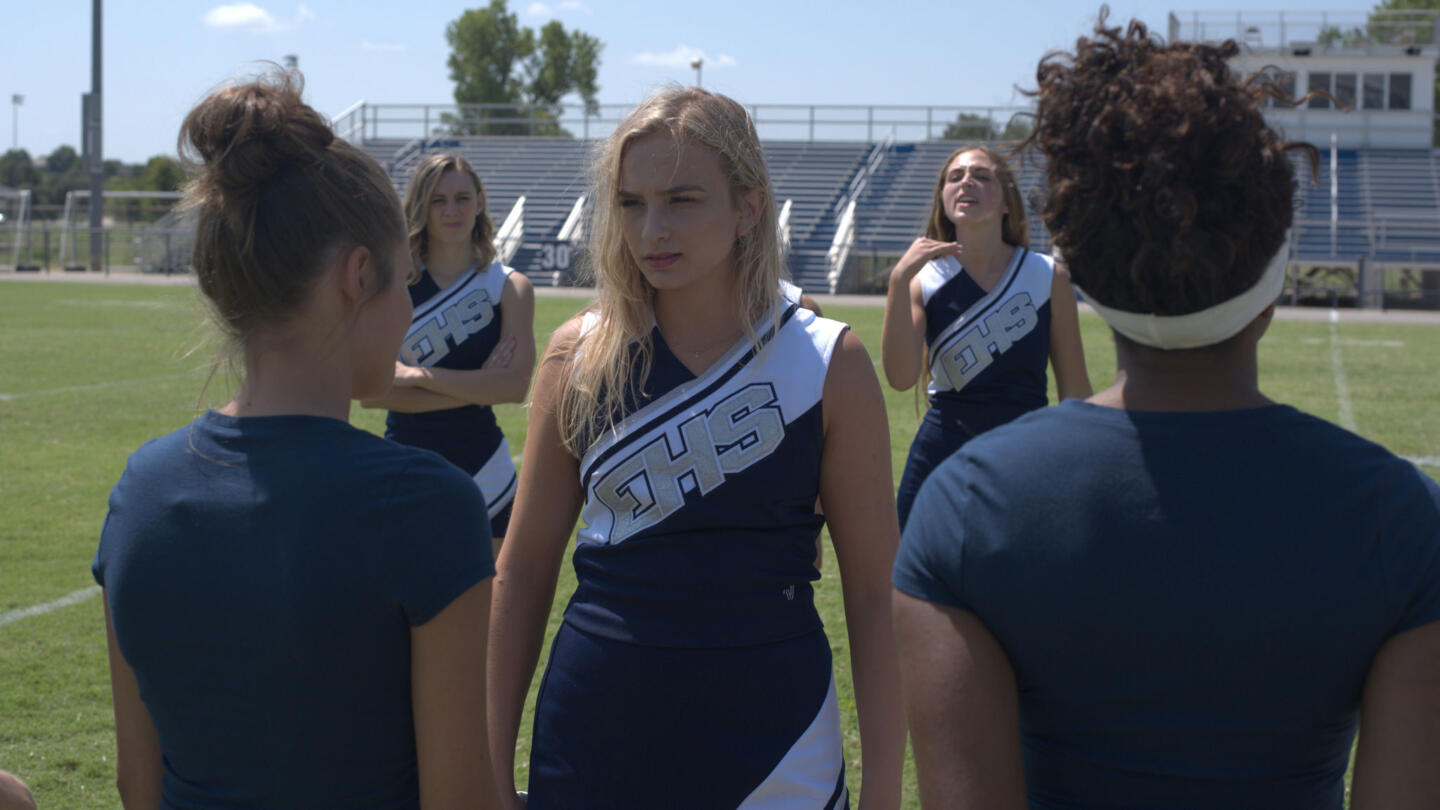 Directed by Jared Cohn, Lifetime‘s ‘Cheer For Your Life’ is a thriller movie that centers upon a young high school girl who enthusiastically joins the cheerleading team, unbeknownst to the horrors that are about to unfold. When the “Cheerleader Initiation Week” turns out to be humiliating instead of uplifting, the high schooler’s morale goes down. However, things take a much darker turn when one of the cheerleaders is found dead. Before the mystery behind the murder can be solved, the new cheerleader herself disappears.

It marks the beginning of a race against time for her mother, who decides to take matters into her own hands. The drama that unfolds is sure to keep viewers on the edge of their seats. They may also wish to learn more about the film’s production or cast details. At the same time, some will begin to wonder if the plot is inspired by some real-life incident. In case you are searching for similar information, then look no further; we have got you covered.

Cheer For Your Life Filming Locations

The thriller film was shot entirely in Oklahoma. More than 20 locals from the region were hired, and they provided the filmmakers with the much-needed assistance to ensure smooth filming during a time when the COVID-19 was wreaking havoc in the rest of the world. The principal photography commenced on August 26, 2020, and it reportedly wrapped up a few days later, on September 15, 2020. Let’s learn more about the specific filming locations of the Lifetime film.

The production of the movie took place primarily in Oklahoma City. Thanks to the lucrative tax rebate program of the region, the city has experienced a sharp increase in film and television production projects over the years. The film industry is now bringing in significant job opportunities to the locals and is expected to continue to do so.

Even when the production in the rest of the world took a massive blow due to the coronavirus pandemic, Oklahoma City and the neighboring areas continued to host the filming of one project after another. ‘Cheer For Your Life’ was also filmed at multiple locations in and around the region.

Cheer For Your Life Cast

The film stars Grace Patterson as Cindy Braverman and Allison McAtee as Meg Braverman. While the former is best known for the television movie ‘Psycho Storm Chaser,’ the latter is famous for her role in the independent film ‘Bloomington.’ Anna Belle Bayley, whom you may recognize from ‘The Wrong Boy Next Door,’ essays the role of Fiona Sparks. Marisa Lynae Hampton appears as Allison Regan, and Rachel Ogechi Kanu also features in the movie.

Is Cheer For Your Life Based on a True Story?

No, ‘Cheer For Your Life’ is not based on a true story. The credit for the films’ premise goes entirely to the screenwriters Lee Gorlitz and Dave Hickey. Although some viewers may have thought that the film is inspired by a real-life case of multiple murders at a school, that is not the case with the Lifetime film, whose premise is entirely fictional.

In fact, Hickey has previously been involved with several other films (although as development coordinator or assistant) like ‘Who Is Killing the Cheerleaders?,’ ‘A Killer in My Home,’ ‘Killer Single Dad,’ and ‘Killer Mom,’ which explore the depraved desires of a murderer. The Jared Cohn directorial is, therefore, just another film that delves deeper into themes of murder-mystery.

Although there are countless movies that revolve around somewhat similar plotlines, ‘Who Is Killing the Cheerleaders?’ shares some striking similarities with ‘Cheer For Your Life.’ Just like the mysterious murderer appears to be taking the life of one cheerleader after another, the Ella Cannon and Austin Freeman-starrer also introduce the audience to a high school where cheerleaders get targeted by an evasive serial killer.

Dave Hickey appears to have drawn a lot from the experience that he gained while working on ‘Who Is Killing the Cheerleaders?’ and, along with Lee Gorlitz, he has come up with a somewhat similar high school murder mystery story. With the aforementioned points in mind, it’s safe to assume that the Lifetime movie is not a true story.

Read More: Where Was Lifetime’s The Wrong Cheer Captain Filmed? Is It a True Story?