Alex Garland’s ‘Men’ is a horror film that revolves around a woman named Harper who goes on a holiday by herself to the English countryside after a personal tragedy. Unfortunately, her retreat turns out to be a nightmare as tragic memories and unknown stalkers make her question her sanity. The film captures Harper’s loneliness and fears with captivating shots of her in isolated locations.

The exterior night scenes with Harper being followed by someone or something in the woods add a layer of panic that keep viewers on the edge of their seats. If you are intrigued by some of the sequences in the movie and wish to learn where the Alex Garland directorial was shot, then you have come to the right place. Here’s everything you need to know!

‘Men’ was filmed entirely in England, particularly in London and Gloucestershire. The north-western European country has contributed to literature and sports over the centuries and has become a sought-after filming-making location as well in the last few decades. British directors like Alfred Hitchcock and David Lean have shaped the present-day cinema with their invaluable contributions in myriad ways, while actors from the region continue to headline blockbuster Hollywood films.

As per sources, principal photography commenced in April 2021 and wrapped up in May 2021. As far as the production of the movie is concerned, it was limited to a few locations in the country, so let’s learn more about them.

London serves as one of the filming locations for the horror movie. In May 2021, the cast and crew were spotted filming near Tower Bridge. In the film, one can see the iconic landmark from Harper’s apartment that looks over the River Thames. Therefore, it is likely that scenes set in and around Harper’s London home were lensed at St. Katharine Docks in Central London.

The shooting reportedly took place in other nearby locations as well. James Grandi, who worked as the camera trainee on set, posted a picture on Instagram capturing the Tower Bridge with London’s cloudy skyline as the backdrop. 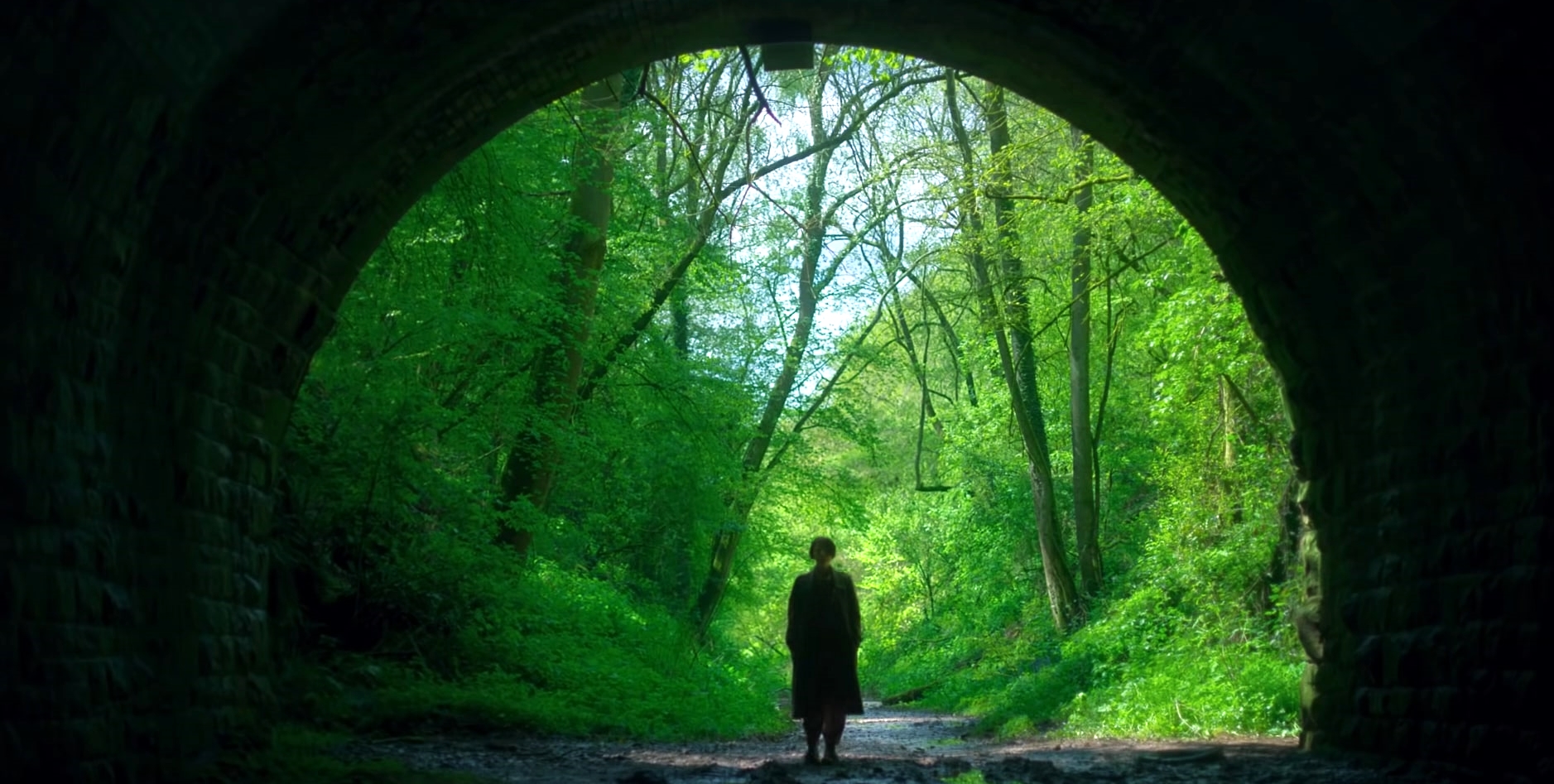 Gloucestershire serves as an important filming location since most of the scenes set in Cotson were likely shot in the county situated in southwest England. The scene where Harper walks into a tunnel surrounded by woods was taped in the Forest of Dean. The cultural and historical region sits in the western part of Gloucestershire. It appears most of the forest scenes were recorded in this area. Forest of Dean is a sought-after shooting location that has previously hosted the production of movies and shows like ‘Harry Potter and the Deathly Hallows: Part 1,’ ‘Doctor Who,’ ‘Blake’s 7,’ and ‘Merlin.’