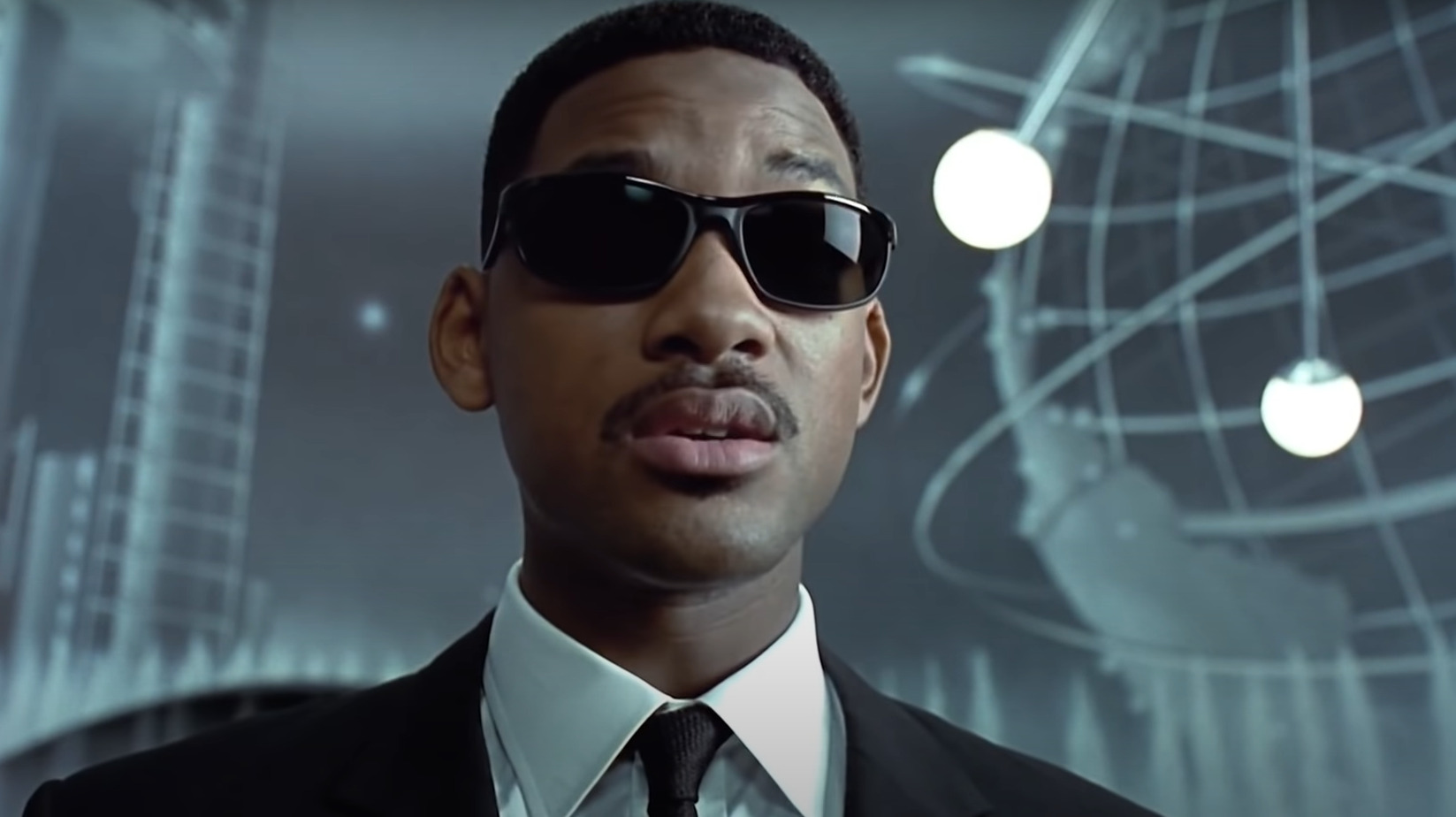 Loosely based on the comic book series ‘Men in Black’ by Lowell Cunningham and Sandy Carruthers, ‘Men in Black’ is a 1997 sci-fi action comedy movie helmed by Barry Sonnenfeld. It revolves around two agents working in a highly classified organization called the Men in Black or MIB. Agent K, one of the finest agents of MIB, chooses James Edward of the NYPD (later Agent J) as the new addition to the secret agency. As the aliens invade the planet, both agents must work together and keep the aliens in check as they threaten to destroy the world.

J and K’s main objective is to track down the main terrorist behind the wicked scheme before the aliens succeed in their mission. The sprawling city and the futuristic MIB headquarters in the backdrop of some action-packed sequences as the agents fight against different kinds of aliens not only keep you entertained but also curious about the filming sites of ‘Men in Black.’ If you wish to get rid of your curiosity, allow us to fill you in on all the details regarding the same!

‘Men in Black’ was filmed in New York, California, and New Jersey, specifically in New York City, Greater Los Angeles, and Jersey City. Principal photography for the Will Smith-starrer commenced in March 1996 and wrapped up in July of the same year. By filming a majority of the scenes on location in New York, where the story is set, the production team managed to keep the science fiction movie quite authentic. Now, without further ado, let us take you to the specific locations that appear in the film!

Most of ‘Men in Black’ was lensed in New York City, the most populous city in the United States. The Brooklyn Battery Tunnel Ventilation Shaft on Battery Park in Manhattan stood in for the MIB headquarters. The building at 54 Macdougal Street in Greenwich Village in Manhattan (a watch and jewelry store named A Question of Time then) was transformed into the Rosenberg Jewelry Store for the movie. In addition, for the exterior shots of the Office of the Chief Medical Examiner, where the agents meet pathologist Laurel, the production unit utilized the Veterans Corps 69th Regiment Armory at 68 Lexington Avenue between East 25th and 26th Streets. 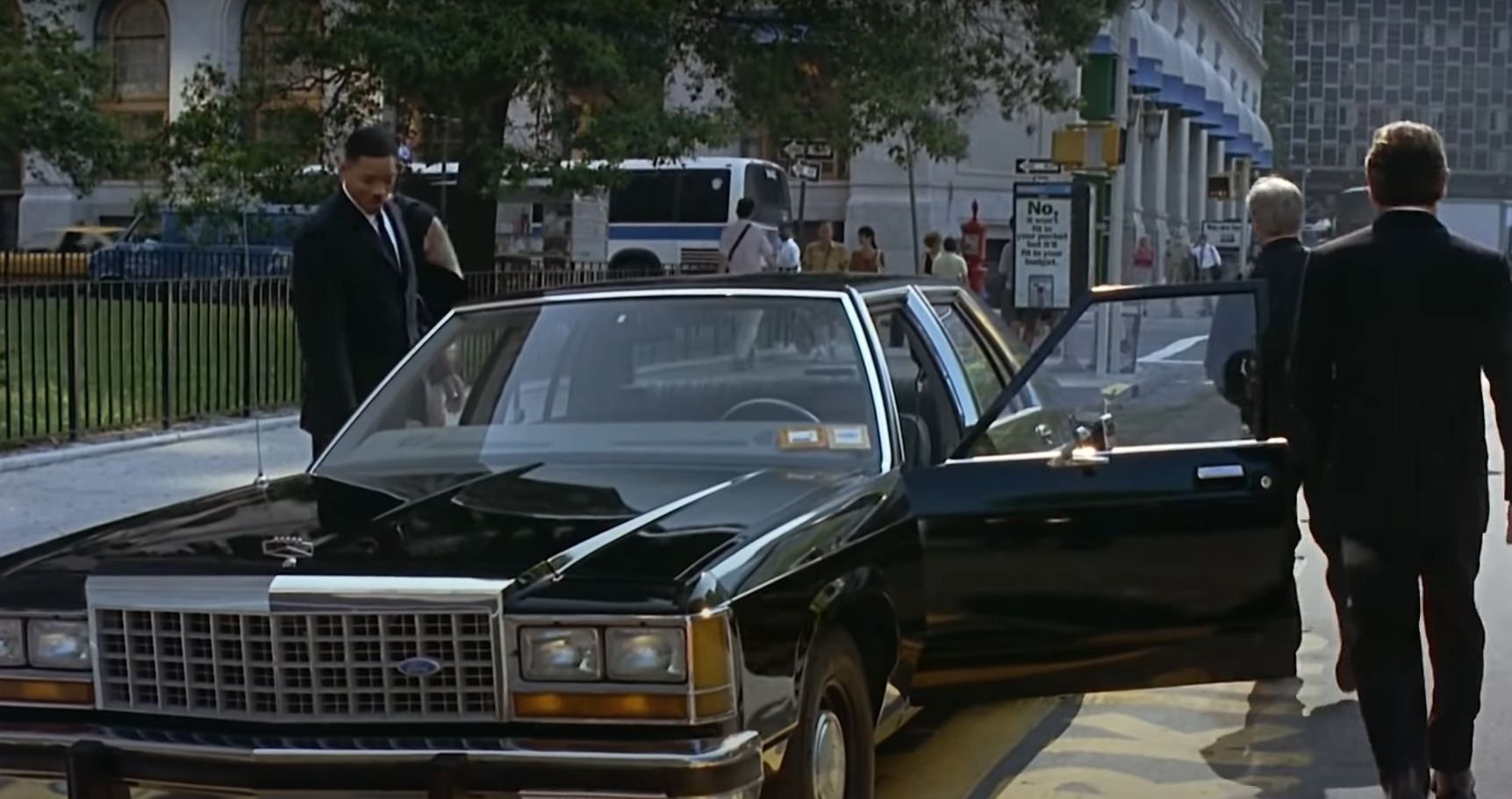 The scene involving Agent J chasing an alien was recorded in and around the Solomon R. Guggenheim Museum at 1071 5th Avenue in Manhattan. Moreover, Castle Clinton in Battery, Manhattan, can be spotted in the background of the scene where Agent K and J sit on a bench and talk about the importance of the agency. The restaurant scene where Rosenberg is killed was taped in R&L Restaurant at 69 Gansevoort Street, which is permanently closed now. Scotch and Soda at 90 Orchard Street doubled for the pawnbroker shop run by Jeebs, a man who can regenerate his own head. 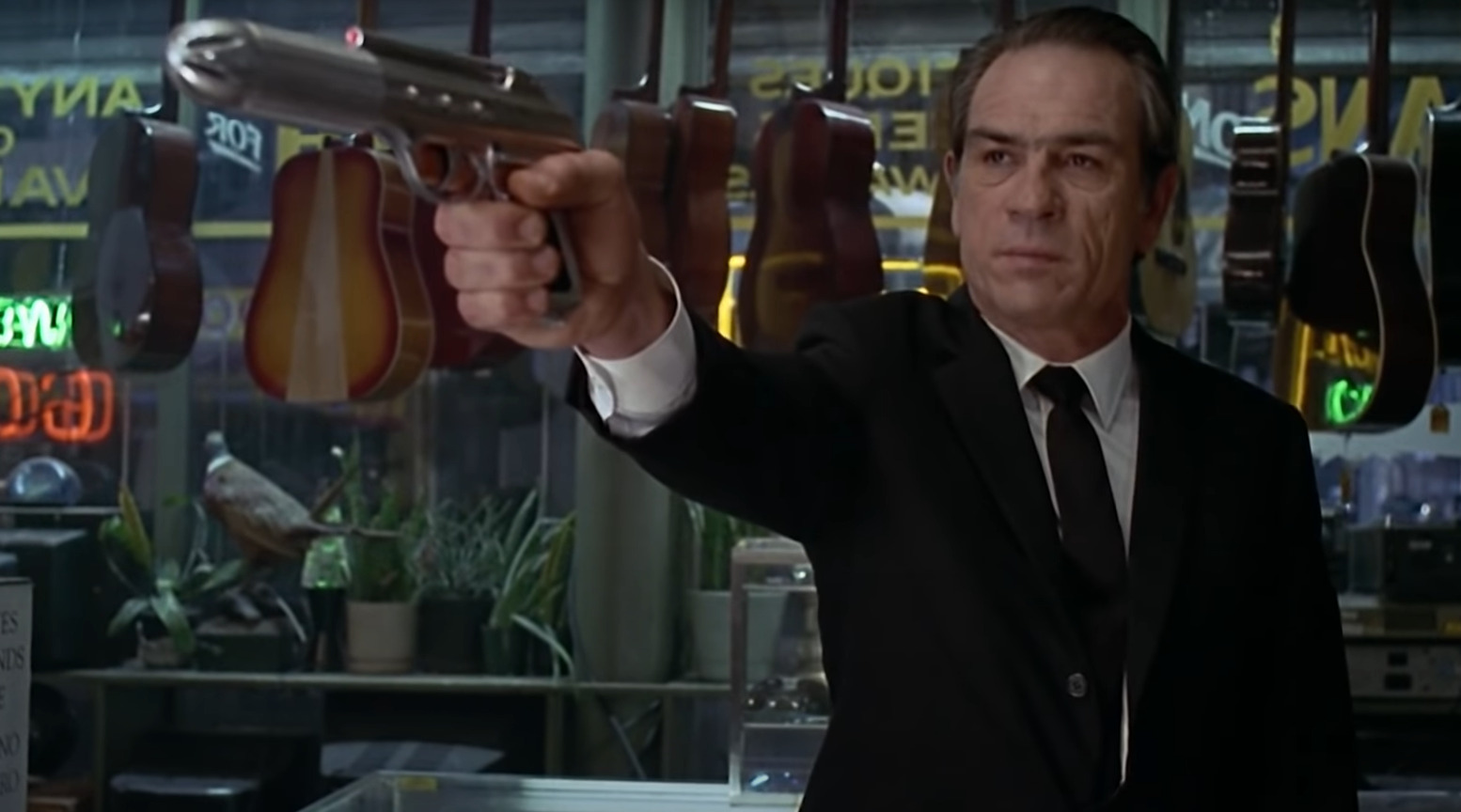 Another chase scene was filmed in and around the Grand Central Terminal at 89 East 42nd Street, while some shooting occurred at the intersection of the Orchard and Broome streets. Apart from recording a few pivotal scenes in Empire Diner at 210 10th Avenue, the cast and crew members of ‘Men in Black’ also shot several sequences on 3rd Avenue between East 23rd Street and 24th Street, 333 Park Avenue South, Wall Street, Franklin Place and Franklin Street in Tribeca, MacDougal Street and Prince Street, and 94 and 92 Orchard Street on the Lower East Side. 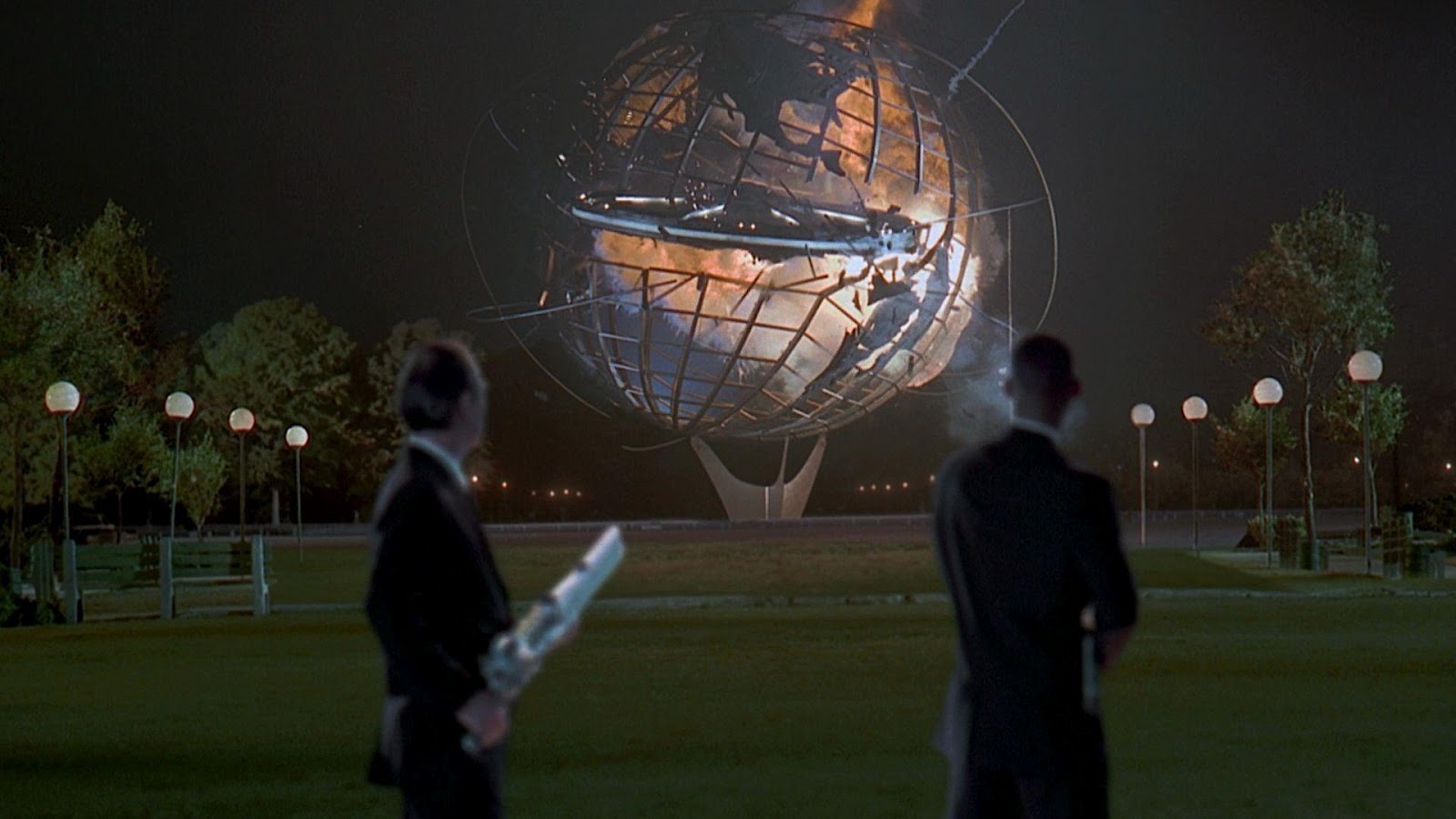 Flushing Meadows-Corona Park in northern Queens is where the final act was shot, including the Unisphere. The baseball scene was taped in Shea Stadium and Citi Field at 123-01 Roosevelt Avenue in Flushing Meadows-Corona Park. Other than that, additional portions for the science fiction film were recorded in Queens-Midtown Tunnel and Queens Theatre at 14 United Nations Avenue South.

For filming purposes, the production unit of ‘Men in Black’ set up camp in Greater Los Angeles, the second largest metropolitan region in the United States. The place where the saucer crashes in the beginning part of the movie was lensed in Big Sky Movie Ranch at 4927 Bennett Road in Simi Valley. 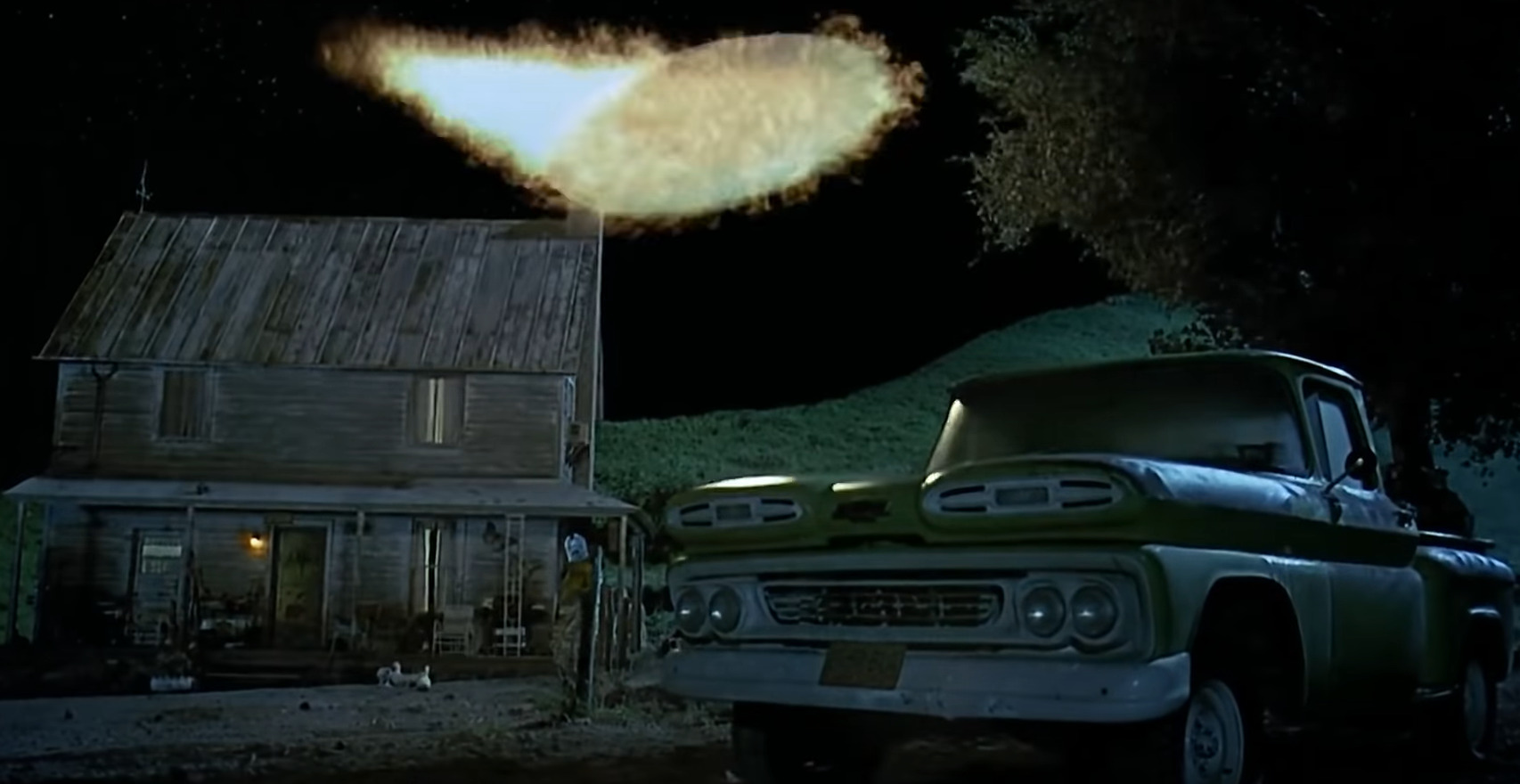 The filming unit even utilized the facilities of the Sony Pictures Studios, specifically stages 12 and 15. Some parts of the final alien fighting scene involving the destruction of the Unisphere in Flushing Meadows-Corona Park were possibly recreated in this studio. Located at 10202 West Washington Boulevard in Culver City, the studio facility consists of 18 stages of different sizes, including two audience-rated TV stages with support space. A few scenes were also lensed in Los Angeles, the City of Angels.

Additional portions of ‘Men in Black’ were recorded in Jersey City, the second-most populous city in New Jersey. The scene where the wide-eyed squid is born with the power to toss Agent J around was taped in Liberty State Park, situated at 200 Morris Pesin Drive in Jersey City.