Where Was Minority Report (2002) Filmed? 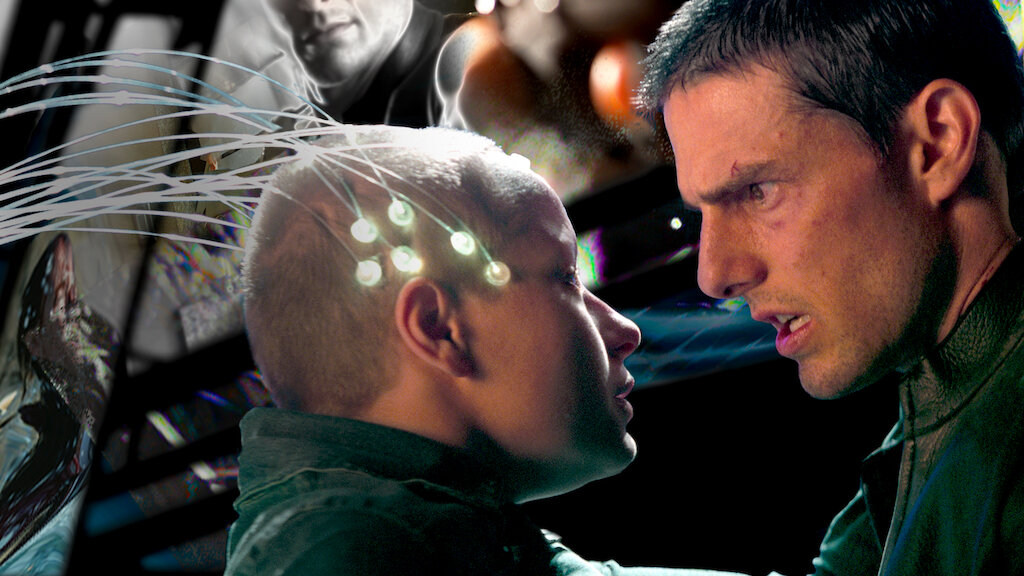 However, John starts questioning the system when the Precogs foretell that he will kill someone he doesn’t even know. In most of the movie, we witness future cityscapes with cars that can travel vertically and horizontally and mechanized roadways. Naturally, you might want to know where ‘Minority Report’ was shot. In that case, allow us to take you to the locations.

‘Minority Report’ was filmed in California, Washington, D.C., Virginia, Florida, and Maine, specifically in Los Angeles County, Gloucester County, Arlington County, Orlando, and Penobscot Bay. As per reports, principal photography for the Colin Farrell starrer began on March 22, 2001, and was wrapped up by July 18 of the same year. Let us now look at all the exciting places that appear in the Steven Spielberg directorial!

Most of the scenes in ‘Minority Report’ were shot in Los Angeles County, the most populous county in California and the US. Pivotal portions were filmed at the historic Ambassador Hotel, a Mediterranean-style building at 3400 Wilshire Boulevard in the county’s capital, Los Angeles. Descanso Gardens, a 150-acre sprawling botanical park situated at 1418 Descanso Drive in the La Cañada-Flintridge suburbs, served as the backdrop for a few sequences.

Many scenes of the movie that required heavy graphics were shot in several film studios across the county. The famous Universal Studios, located at 100 Universal City Plaza in the unincorporated community of Universal City in the San Fernando Valley section of Los Angeles County, provided its filmmaking facilities. Furthermore, the team went to Warner Brothers Burbank Studios, a significant production facility situated in Burbank, California’s studio district, at 4000 Warner Boulevard.

Not just that, the Hennesy Street backlot of the studio was used for shooting purposes. It served as the location for the fight between Anderson and the cops. Stages 14 and 15 at 20th Century Fox Studios, another historic Hollywood studio located at 10201 Pico Boulevard in the Century City neighborhood of Los Angeles, were used for several interior scenes. Several scenes were recorded at the El Dorado Lofts, a residential building at 416 South Spring Street in Downtown Los Angeles.

Another scene that shows brand-new high-rises in the Washington, D.C. skyline was shot in Angelus Plaza, a housing complex situated at 255 South Hill Street. Besides, scenes were lensed in Hawthorne, a city in the southwest region of Los Angeles County. The town’s now-defunct Hawthorne Plaza, which was at 12124 Hawthorne Boulevard, provided the location for the filming.

Since most of ‘Minority Report’ is set in Washington, D.C., the team decided to shoot there to give the narrative a sense of reality. The Willard InterContinental Hotel, a five-star establishment at 1401 M Street North West in Washington, served as the backdrop for several sequences.

The administrative building known as the Ronald Reagan Federal Building, which is situated at 1300 Pennsylvania Avenue North West in Washington, D.C., doubles as the PreCrime headquarters in the motion picture. Additionally, the crew taped some sequences in Georgetown’s historic district. The Gap showroom, located at 1258 Wisconsin Avenue North West in Washington, D.C.’s Georgetown area, was another notable production spot.

A few sequences of the movie were additionally recorded in and around Virginia. The skyline of Rosslyn, Virginia, can be seen as Anderton crosses the Potomac River. In one scene, he crosses a bridge to take Agatha to his wife’s home. The Indian Field Creek along the Colonial Parkway in Yorktown, Virginia, is where the scene was taped. A few images were lensed in Virginia’s Beaverdam Park, a 635-acre park situated at 8687 Roaring Springs Road in the Gloucester suburbs.

The area served as the setting for numerous other sequences, some of which were taped in the adjacent suburb of Nuttall. The Ware Neck Yacht Club, a yacht club in the nearby Gloucester County community of Ware Neck, is situated at 5992 Ware Point Road and next to the Ware Neck Marina. Further filming took place on the banks of the Potomac River in the metropolitan county of Arlington.

Orlando, a mystical city in Central Florida and the location of several amusement parks, served as the site of further studio work. The team recorded sequences at Universal Studios Florida (also known as Universal Orlando Resort), a significant movie production facility and amusement park situated at 1000 Universal Studios Plaza in Orlando, Florida. Additionally, sequences were shot at the nearby Infinite Horizon Studios, a Disney subsidiary studio.

The cast and crew visited Penobscot Bay in southern Maine for filming purposes. The area is renowned for its several useful waterfronts since it serves as an entrance to both the Atlantic Ocean and the Gulf of Maine. The movie’s last panoramic image transports us to a tranquil, stunning coastline setting. Interestingly, the location featured in the sequence is Butter Island, a privately owned 310-acre island in East Penobscot Bay.