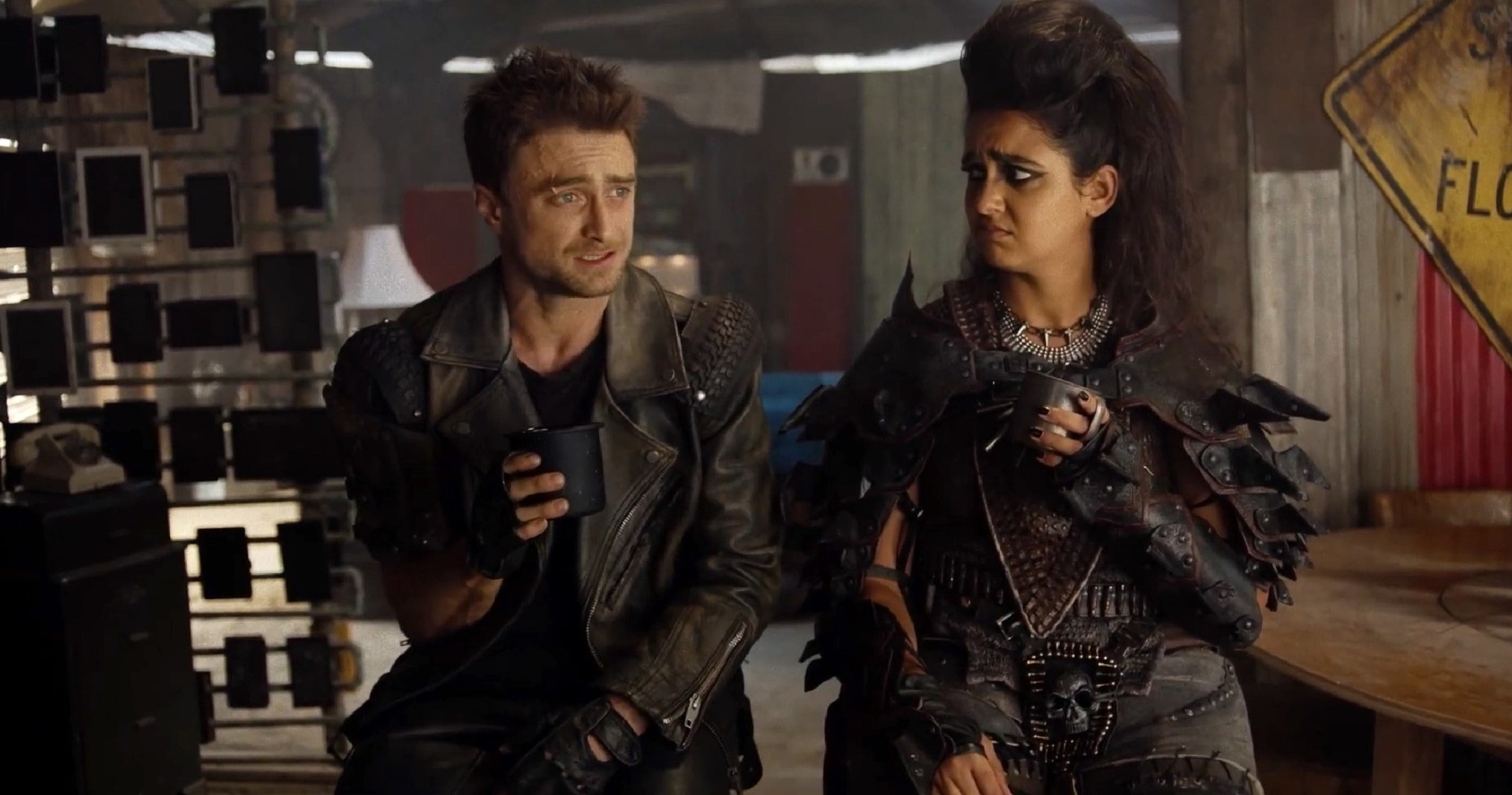 Created by Simon Rich, TBS’ ‘Miracle Workers: End Times’ is the fourth season of ‘Miracle Workers,’ an anthology comedy series that focuses on a new storyline each season. Set in a post-apocalyptic future, season 4 revolves around the unconventional love story of Sid and Freya. The two navigate the barren landscape and try to survive in the wasteland. Soon, they move to Boomtown, and Freya runs for president while Sid goes on a business trip.

However, Sid and Freya’s life is not all rainbows and butterflies, as there is conflict regarding the outlandish bills and the latter’s parents, which causes friction in their relationship. Starring Daniel Radcliffe and Geraldine Viswanathan, this season uses satire and dark humor to drive the storyline forward and keep it entertaining at all times. Moreover, the setting of a war-torn future against the backdrop of the fictional town of Boomtown makes one scratch their head about the actual production locations of ‘Miracle Workers: End Times.’ If you are rowing the same boat of curiosity, allow us to fill you in on all the details about the same!

‘Miracle Workers: End Times’ was filmed entirely in California, particularly in Los Angeles and Simi Valley. As per reports, the principal photography for the fourth season of the anthology series commenced in June 2022 and wrapped up in a month or so in July. Located in Western United States, California is the most populous state in the United States. Thanks to its diverse landscape, it makes for a suitable shooting site for all projects. So, without wasting time, let’s traverse all the specific locations that feature in the fourth iteration of the TBS series!

The City of Angels is known as Southern California’s commercial, cultural, and financial center and has a diverse economy. Tourism contributes heavily, as millions of tourists visit the city annually. Some popular landmarks are the Griffith Observatory, the Los Angeles Memorial Coliseum, the Hollywood Bowl, the Los Angeles County Museum of Art, and the Venice Canal Historic District.

For shooting purposes, the cast and crew members also set up camp in and around Simi Valley, a city in the eponymous valley in the southeast region of Ventura County. From the looks of it, they seemingly traveled across the city to shoot key scenes for ‘Miracle Workers: End Times.’ Simi Valley is home to numerous public-owned parks, including Arroyostow Park, Houghton-Schreiber Park, Sand Canyon Open Space, and Sycamore Canyon Park.