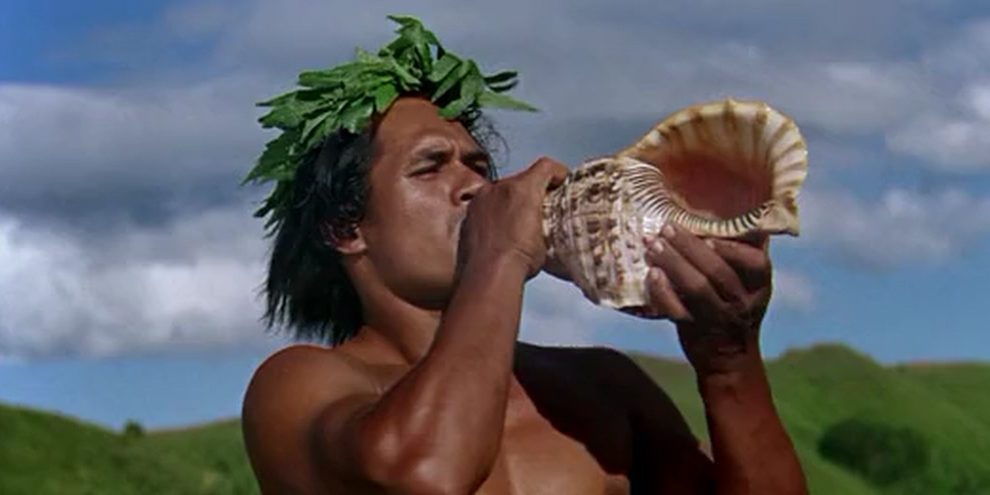 Lewis Milestone of ‘All Quiet on the Western Front’ fame helmed the 1962 epic historical drama ‘Mutiny on the Bounty’ that follows an 18th-century voyage with a seasoned cast ensemble comprising Marlon Brando, Trevor Howard, and Richard Harris. On their way to Tahiti, the crew and the captain of HMAV Bounty come into frontal conflict, and chaos ensues. It is considered a lavish remake of the 1935 movie of the same name.

Interestingly, both the films are adaptations of the 1932 novel by Charles Nordhoff and James Norman Hall. The film fictionalizes the real-life rebellion led by Fletcher Christian against ship captain William Bligh. Most of the movie seemingly takes place on the ship while featuring a few breathtaking views of the pacific. However, if you are eager to find out where the second version of ‘Mutiny on the Bounty’ was filmed, here is all you need to know.

Mutiny on the Bounty Filming Locations

‘Mutiny on the Bounty’ was extensively filmed in French Polynesia, an overseas French collectivity in the South Pacific. Additional scenes were lensed in the US, specifically in Hawaii and California. Principal photography commenced in October 1960, coming to a close by July 1961. Robert Surtees (‘The Last Picture Show’ and ‘Ben-Hur’) joined the team as the cinematographer, while George W. Davis (‘All About Eve’) and J. McMillan Johnson (‘Rear Window’) jointly handled the art direction. Let us now transport you to the specific locations featured in the first movie shot in the Ultra Panavision 70 widescreen process.

The production team filmed several scenes in Mo’orea (or Moorea), a small island showcasing jagged volcanic mountains and exotic beaches, which is a part of French Polynesia’s Society Islands archipelago. Filming on the island went underway in Cook’s Bay, a 3 kilometers long bay on the island’s northern shore, with the most enticing view. The crew also toured the neighborhood of Temae, a tourist hotspot on the island famous for diving and snorkeling activities.

Following the movie’s setting, several scenes were lensed on location in Tahiti, the largest in the Windward Islands of Polynesia. In the early segments of the film, we see the arrival of the historic HMAV Bounty at the Maatvai Bay (or Matawaii Bay), a bay on the north coast of the island of Tahiti. For some retakes, the production unit visited Tahiti for a second time. From ‘Godzilla (2014)’ to ‘The Bounty (1984),’ the spiritual successor of ‘Mutiny on the Bounty,’ several blockbuster productions have been filmed in Tahiti.

Some scenes of ‘Mutiny on the Bounty’ capture the vast horizon, showcasing the serene but unpredictable beauty of the South Pacific region. Filming took place in the Leeward Islands, an island cluster located in the western part of the Society Islands in French Polynesia. A few sequences were recorded in Bora Bora, a luxury tourist destination and a scuba diving hotspot northwest of Tahiti. A turquoise lagoon surrounds the island, and at its center lies Mt. Otemanu, a 727m dormant volcano waiting in silence.

Although the movie is supposed to take place in the South Pacific, a few scenes were also taped in the North Pacific. In the region, the team visited the Hawaiian archipelago, where production went underway on O’ahu, the most developed island in the state. The scenes were specifically taped in Honolulu, the capital of Hawaii and one of the most coveted tourist destinations in the country.

Situated on the southern end of O’ahu, Honolulu features excellent nightlife, a shopping district, a famous crescent beach, and luxury high-rise hotels. Furthermore, the city is the largest in the world by area, as the constitution entails that any Hawaiian island not part of a county belongs to Honolulu.

For logistical and practical reasons, the production team got hold of two studio spaces in Culver City in Los Angeles County, California. Several interior sequences were shot in the former Hal Roach Studios, once located at 8822 Washington Boulevard, within the Hollywood Studio Zone and demolished in 1963. From ‘Of Mice and Men’ to ‘How the West Was Won,’ many iconic titles have visited the studio.

Furthermore, several scenes were recorded on the premises of Sony Pictures Studios (formerly Metro-Goldwyn-Mayer Studios), one of the big-five production facilities located at 10202 West Washington Boulevard in the same neighborhood. Currently, the studio houses 16 fully functional sound stages for productions of various degrees. Several films and television productions have utilized the studio for shoots, from ‘Ray Donovan‘ to the reality show ‘Shark Tank.’