Where Was My Octopus Teacher Filmed? 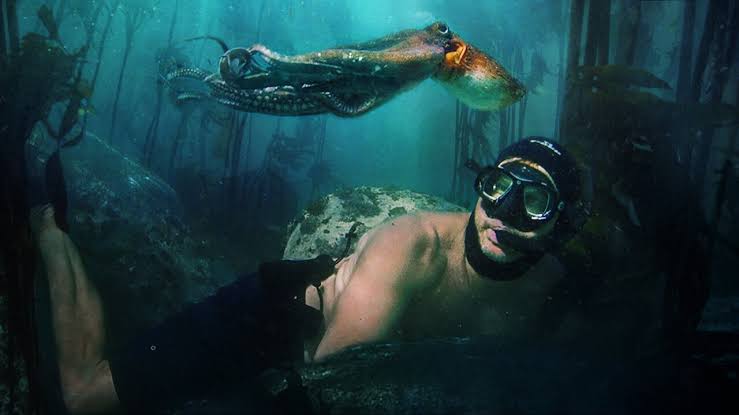 ‘My Octopus Teacher’, Netflix’s latest documentary release, showcases the sea and its creatures in all their splendor. The documentary is a deep-dive (no pun intended) into the friendship of a lifetime forged between narrator Craig Foster and an octopus named Superstar. The movie chronicles the unimaginable tale of how Foster slowly but surely wins over the trust of Superstar and becomes her partner-in-expedition.

One of the most stirring aspects of the documentary is its mind-numbing cinematography. Capturing sea creatures in their natural habitat is no easy feat. To do it with great finesse and astonishing beauty is almost impossible. Almost. Our filmmakers of ‘My Octopus Teacher’ do the sparkling seas proud. But which seas were they and how can fans visit them? Let’s find out.

Foster’s own filmmaking travels have spanned all pockets of the earth, from the Sahara Desert to Mali. Yet, strangely, filming for ‘My Octopus Teacher’ took place right in Foster’s backyard of False Bay, along the Cape Town coastline in South Africa.

After spiraling into a bout of depression and fatigue, Foster resolved to reconnect with nature and rediscover his passion for storytelling. He began to carry out daily underwater excursions in the kelp forests of False Bay, located a stone’s throw away from his mountainside home in Simon’s Town. Fate had its way on one such occasion and Foster found his way into Superstar’s den. When Foster discovered that his interactions with Superstar were of an unprecedented nature, he knew that this was something all the world had to behold.  Director Pippa Ehrlich captured the heart of False Bay while filming for ‘My Octopus Teacher’ with Foster.

Sea Change Project (SCP), a part-storytelling initiative co-founded by Foster and Ross Frylinck to protect the South African kelp forests, also posted a series of stunning behind-the-scenes shots taken at the Cape of Storms (also known as the Cape of Good Hope).

SCP continued to regale fans with posts of the picturesque False Bay at the time of filming.

Superstar is surely not the sole exquisite creature to rove the waters of False Bay. False Bay has a mini-universe of its own. The gorgeous water body is home to nearly 11,500 species of fauna: the octopus, great white shark, whale, dolphin and much, much more. Local wildlife specialist, Chris Fallows, fondly refers to the bay as ‘Serengeti of the Seas’ for its sheer unmatched diversity of creatures. Fans of the documentary looking to carry out some underwater soul-searching of their own can visit any number of the 20+ dive sites available, including the kelp forests (where a good bit of the documentary was shot), the rocky reefs at Patridge Point, and even mammoth shipwrecks.