Where Was Netflix’s Hellhole Filmed? 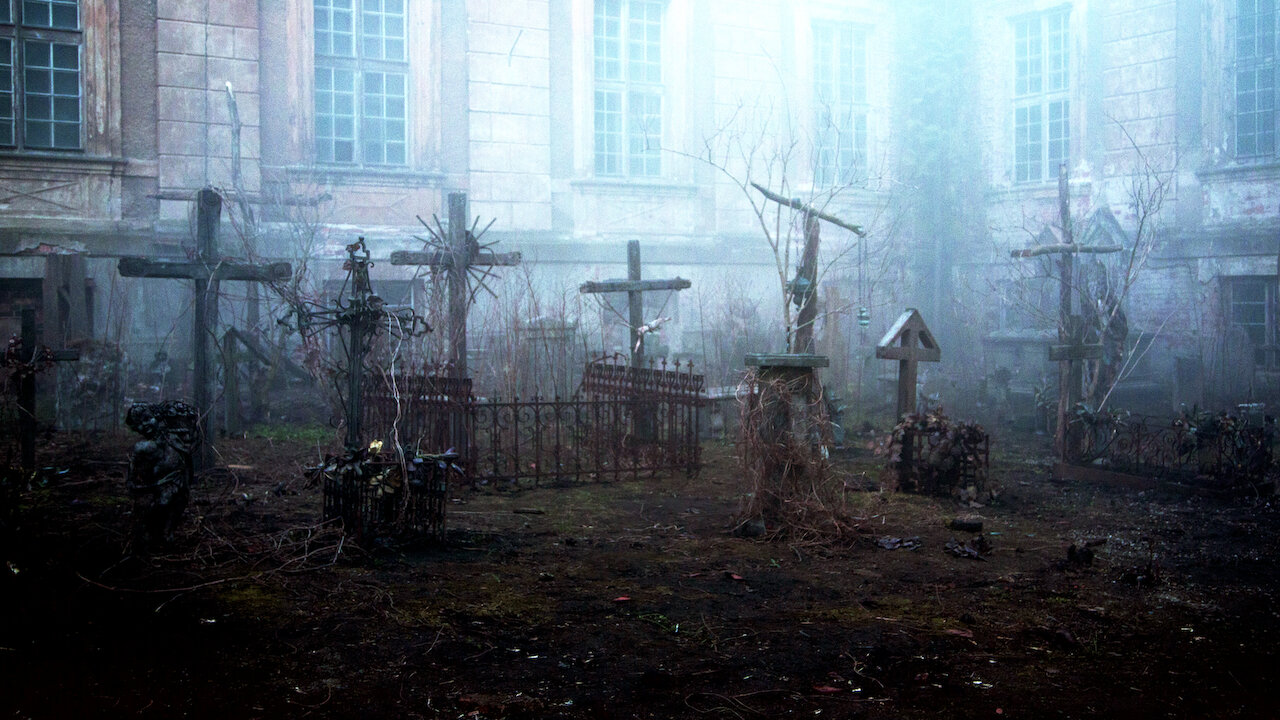 Directed by Bartosz M. Kowalski, Netflix’s ‘Hellhole’ is a Polish horror movie set in 1987 when many people start disappearing in a secluded monastery. A competent police officer takes on the case and starts scratching the surface to get to the bottom of the mysterious disappearances in the area. When he digs deeper into the truth about the monastery and its people, he discovers a dark secret about the clergy.

While the suspenseful and horrific narrative makes for a nail-biting and head-scratching watch for the viewers, the use of interesting and suitable locations, including the remote monastery, keeps one guessing where ‘Hellhole’ was shot. If you have been wondering the same, you are at the right place because we have gathered all the information about the same!

‘Hellhole’ was filmed in its entirety in Poland, specifically in Legnica. As per reports, the principal photography for the horror movie commenced in late April 2022 and wrapped up in June of the same year. Situated in Central Europe, Poland is the fifth-most populous member of the European Union, offering high standards of living, safety, and economic freedom. Now, without further ado, let’s traverse all the specific sites that appear in the Polish movie!

Most of the pivotal sequences for ‘Hellhole’ were lensed in and around Legnica, a city in southwestern Poland. From the looks of it, the filming unit seemingly traveled across the city to tape different scenes against suitable backdrops. During the shooting schedule, the cast and crew members were spotted recording a few key scenes in and around Zakaczawie, a condominium complex at Kartuska 45/55 in Legnica.

Situated in the central part of Lower Silesia, Legnica is the region’s cultural, economic, and academic center, along with Wroclaw. Since the city has rich historical architecture, it makes for a suitable filming site for a movie such as ‘Hellhole.’ There are several tourist attractions in Legnica, including the Piast Castle, Baroque Old Town Hall, Saint Mary Church, Medieval Chojnów and Głogów Gates, and Former Knight Academy.

The city is not just visited by tourists but also by filmmakers for shooting purposes. Over the years, Legnica has hosted the cast and crew of quite a few movies and TV shows apart from ‘Hellhole.’ Some notable ones that have utilized the city’s locales are ‘Phoenix,’ ‘Jack Strong,’ ‘The Photographer,’ High Water,’ and ‘Komisja morderstw.’