Where Was Official Secrets Filmed? 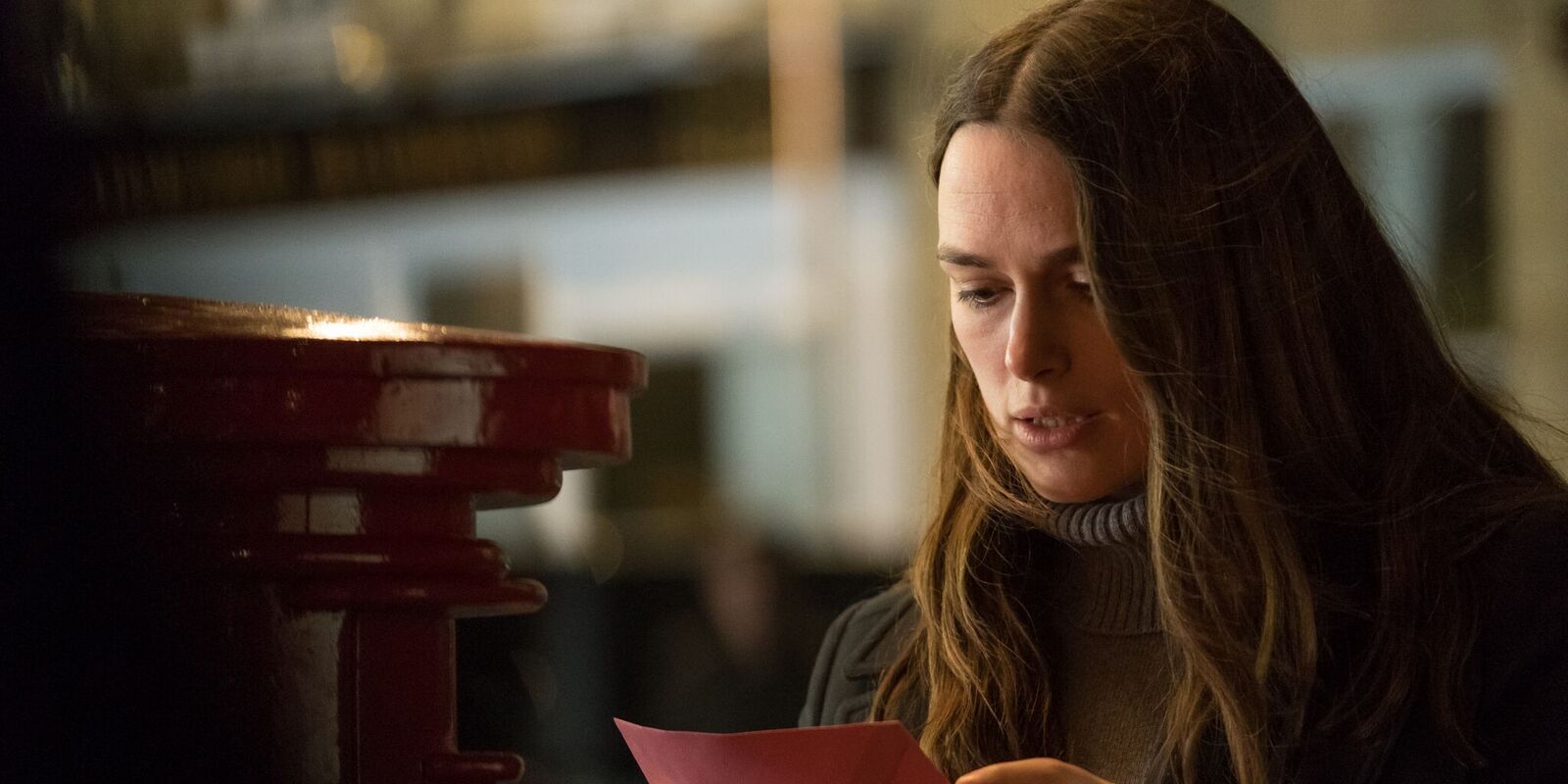 South African filmmaker Gavin Hood presents a compelling and engaging take on a true story in the 2019 political thriller movie ‘Official Secrets.’ The film sees Keira Knightley appearing as Katharine Gun, a British linguist, and later, a whistleblower looking at a drastic punishment for leaking confidential information of international significance. While working as a transcriber and analyst in Government Communication Headquarters (GCHQ), Katharine accidentally stumbles upon a memo divulging an illegal joint operation by American and British intelligence to mobilize the UN diplomats towards an extreme decision regarding the 2003 Iraq Invasion.

Katharine relays the news to a friend, which ultimately reaches a reporter in The Observer and sparks off a political cat-and-mouse chase. The film has been praised on accounts of its historical accuracy, a seasoned plotline, and a swaying performance by an A-lister cast led by Knightley and Ralph Fiennes. Although international in scope, almost the entirety of the story unfolds in the UK. And if you seek to identify the locations where the film was shot, let us take you out on a journey.

‘Official Secrets’ was filmed in England, especially in Merseyside and Yorkshire regions. Principal photography reportedly commenced on March 12, 2018, and went well into April 2018. The narrative unravels in the backdrop of a British context. Let us now take you through the specific locations where the film was shot!

A considerable chunk of sequences was filmed in the metropolitan county of Merseyside in North West England. The crew filmed scenes in the city of Liverpool while occasionally venturing out into the rural areas. The city is known to be the birthplace of The Beatles. 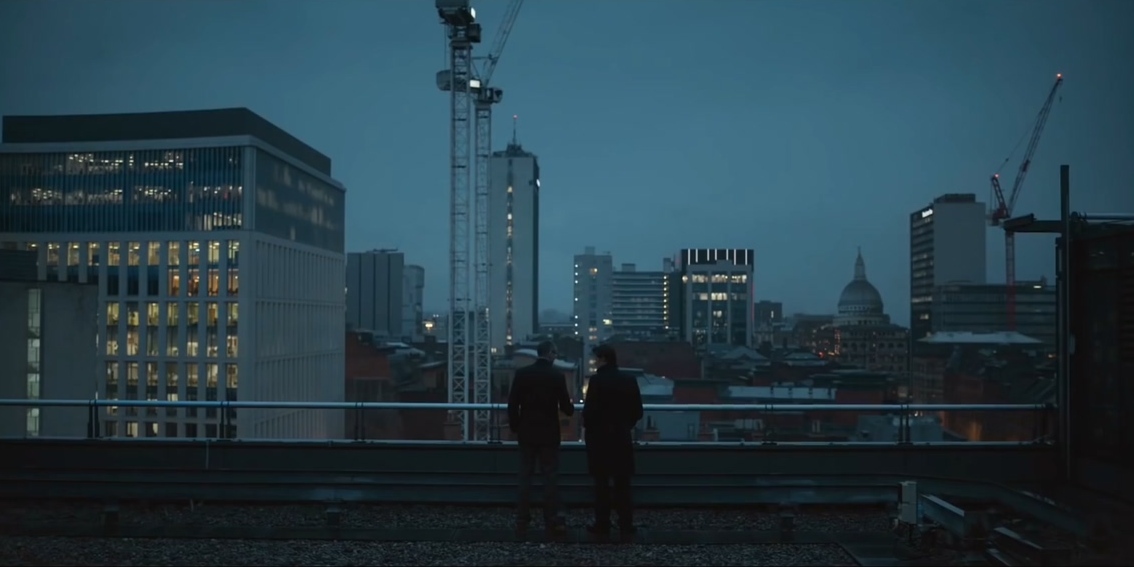 The crew set up camp in the County Sessions House, a designated Grade II listed heritage building (as per National Heritage List for England) located at the bottom of Islington in Liverpool. It stands at a walking distance from Walker Art Gallery. Completed in 1884, the house flaunts lush Neoclassical architecture. Some interior scenes were filmed inside the historic building.

The production team also visited the Thurstaston beach, a serene beach by the Thurstaston village in Merseyside. Some scenes were filmed in the Shore Cottage, locally known as Sally’s Cottage, a beachside tourist attraction located at Station Road in the village of Thurstaston.

Additionally, some essential sequences were filmed in various locations in the city of Leeds in West Yorkshire. Leeds is also one of the largest cities in the Yorkshire region. In one scene in the movie, the viewers may identify an Italian café, which was filmed in the city. Some scenes were also shot in the village of Boston Spa, located within the metropolitan region of Leeds. 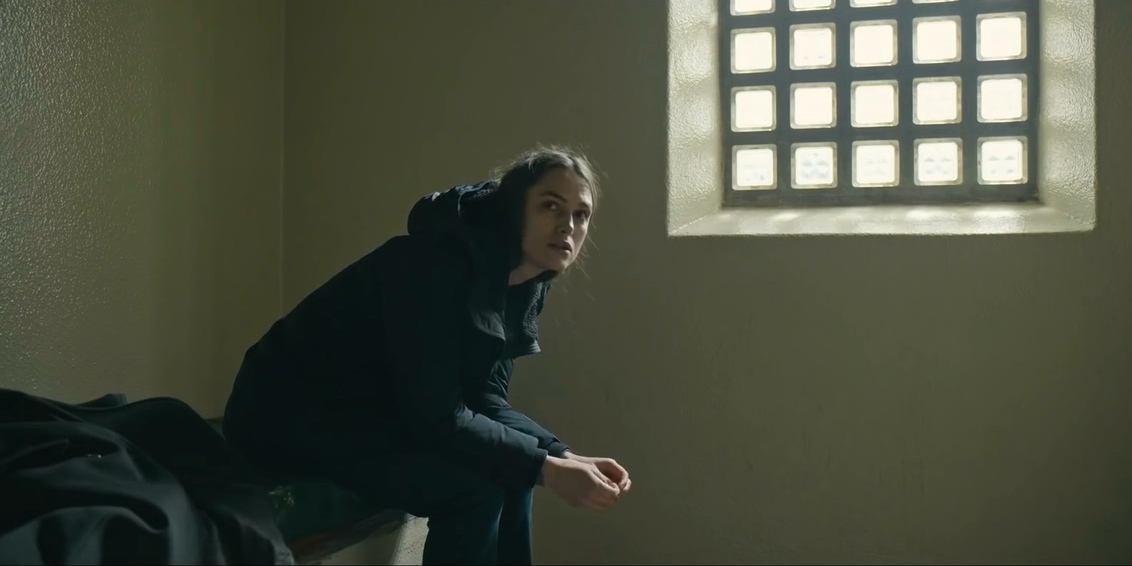 The team also visited Chapel Allerton Lawn Tennis & Squash Club, a gym located on Wensley Avenue, to shoot the tennis scenes. The sequences at the police station where Keira Knightley’s character is interrogated were captured in Otley Police Station located at 6 Bridge Street in the market town of Otley.

Incidentally, some sequences were filmed in another market town called Shipley, in the city of Bradford. Also serving as a filming location is the Keighley & Worth Valley Railway, a five-mile-long heritage railway stretch located in the village of Haworth in the Bradford metropolitan area. Located at Centenary Square in Norfolk Gardens, Bradford City Hall serves as a filming site for this political drama. The building is noted for its landmark clocktower, an iconic part of the city’s skyline.

The extradition sequence was captured at Doncaster Sheffield Airport, outside hangar 3. The international air traffic hub is located in the metropolitan borough of Doncaster in South Yorkshire. On the other hand, some scenes were filmed in the city of Manchester, which stands in for London in this movie. 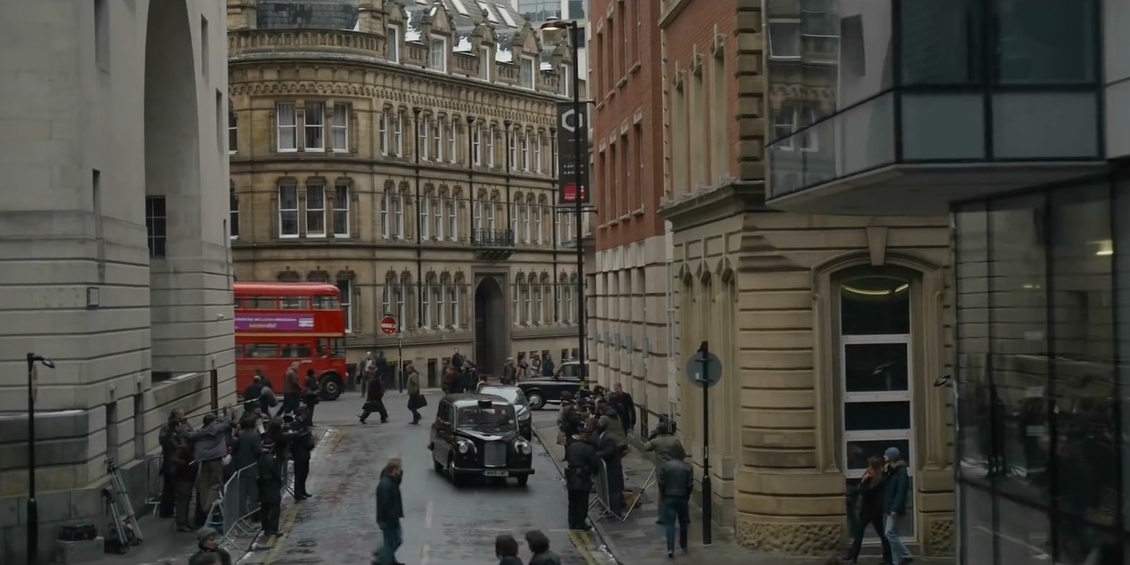 Read More: Is Official Secrets Based on a True Story?