Where Was Once Upon a Time in America Filmed? 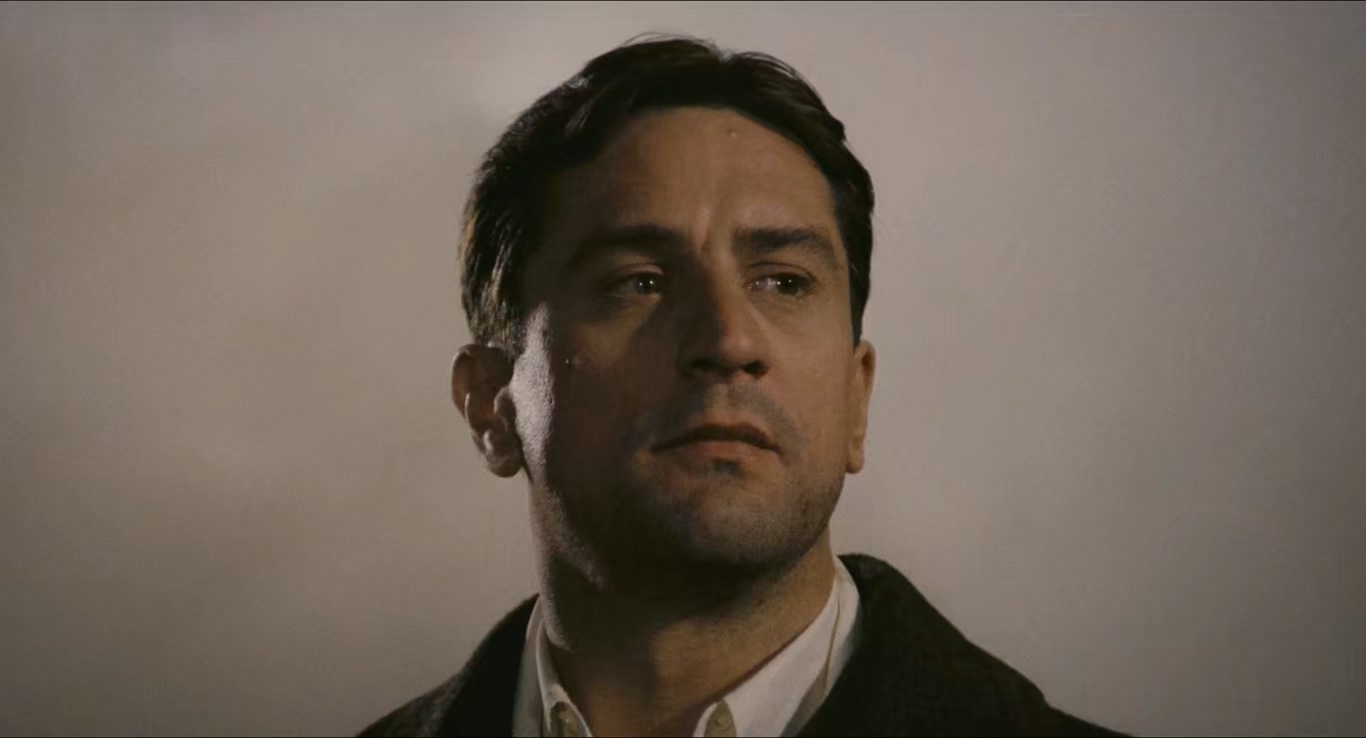 Helmed by prolific Italian filmmaker Sergio Leone based on the novel ‘The Hoods’ by Harry Grey, ‘Once Upon a Time in America’ is an enthralling 1984 crime drama film that absorbs the audience right from the early moments. The epic tale, the third installment in Leone’s ‘Once Upon a Time’ trilogy, revolves around a former Prohibition-era Jewish gangster, Noodles, who teams up with best friend Max Bercovicz to establish control in the New York City’s underworld of organized crime.

The film explores a plethora of themes, including love, friendship, loss, and betrayal, while chronicling the rise of the protagonists to be some of the most influential mafia lords in the city. Iconic actors Robert De Niro, James Woods, and Elizabeth McGovern act in the central roles in what unfolds to be one of the greatest gangster films ever made. Most of the story unveils in and around New York City, and if you seek to know where the film was shot, let us take you to the places.

Once Upon a Time in America Filming Locations

‘Once Upon a Time in America’ was filmed in locations in and around the US, Canada, Italy, and France, with a focal point in New York City. Filming commenced on June 14, 1982, and wrapped up by April 22, 1983. Let us now take you to the specific locations where the movie was filmed!

Most of the story unveils in the Big Apple in New York, especially in the Lower Eastside of Manhattan. Accordingly, the director took his cast and crew on a sprawling tour around the city to film most of the sequences. 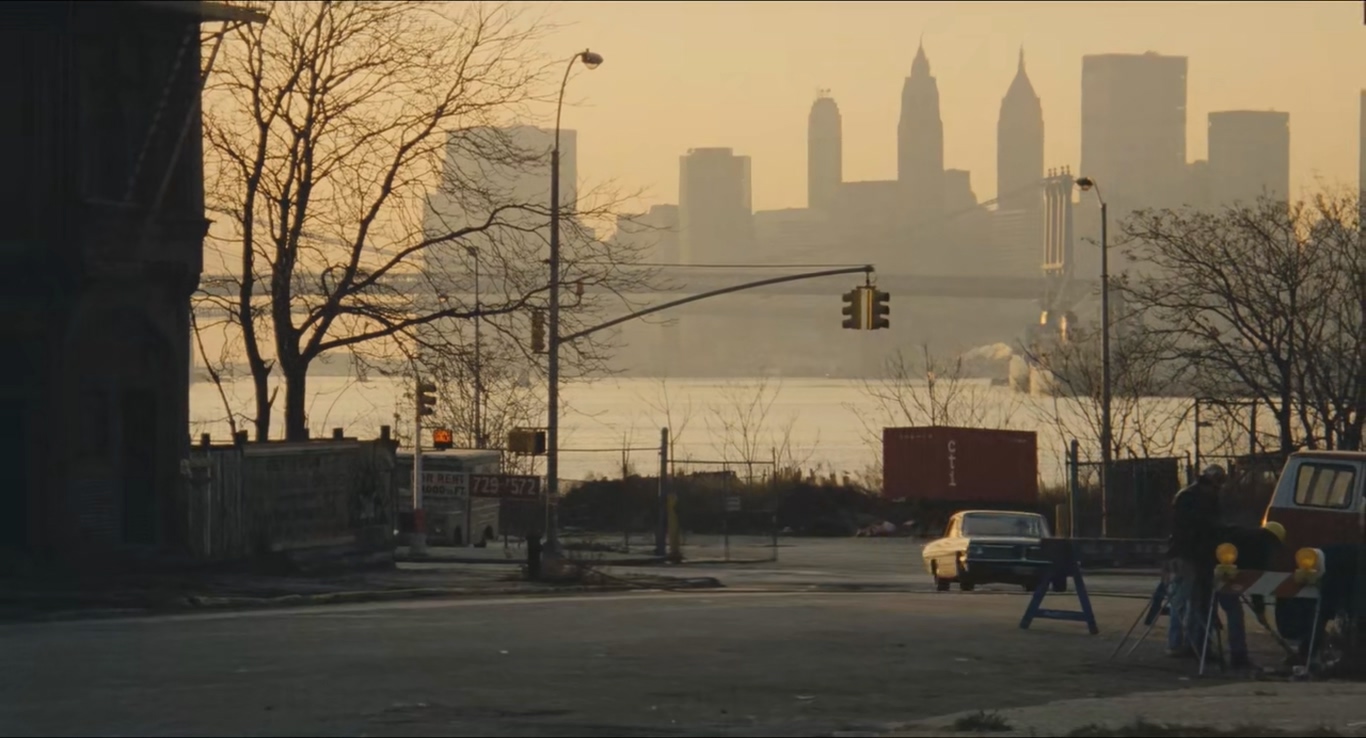 Noodles and Max first meet up in the Lower East Side of Manhattan under a bridge. However, the scene was filmed under Williamsburg Bridge, in the Brooklyn district of NYC. 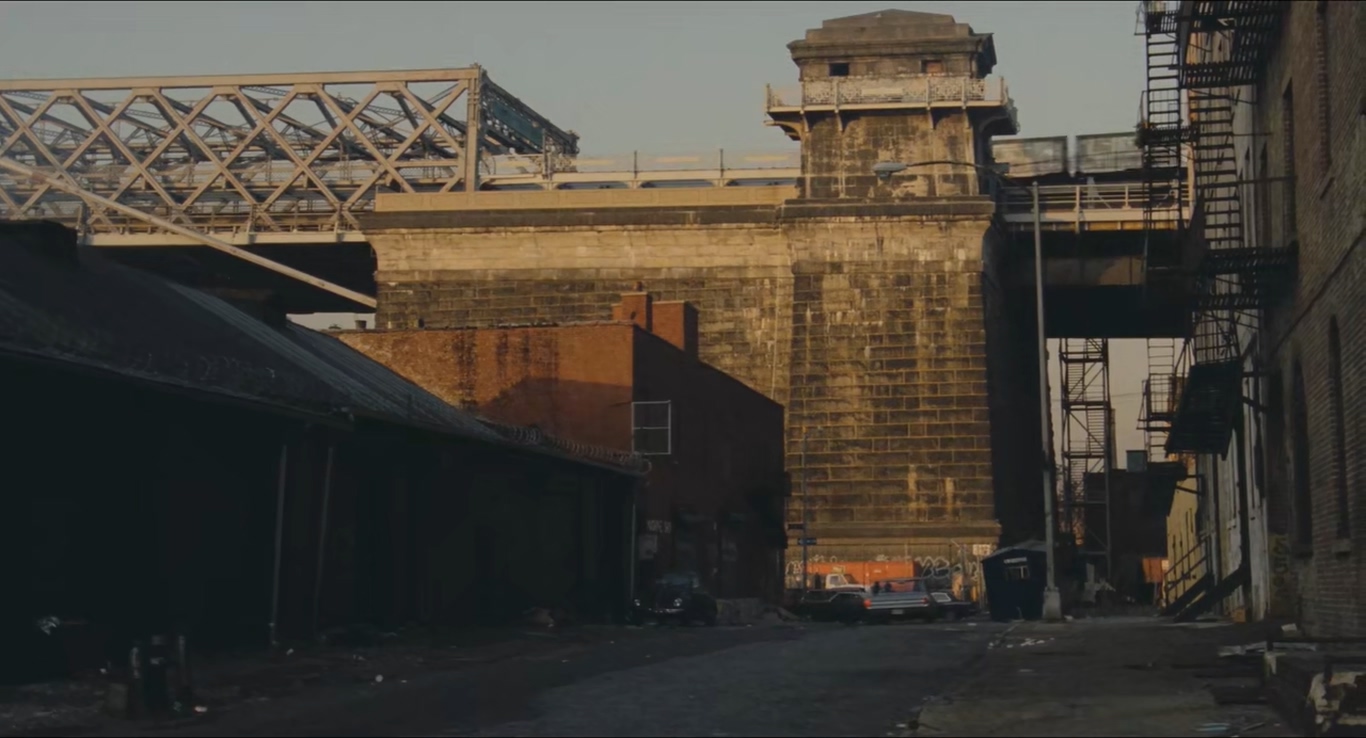 The iconic scene where the boys walk in front of the Manhattan Bridge (which is also featured in the poster) was filmed in Washington Street and Water Street, in Dumbo, a neighborhood in the Manhattan district of New York City. The boys visit a secret distillery in the early moments of the film. The sequence was filmed in Chambers Paper Fibres Corporation, a recycling center located at 139 Plymouth Street in Brooklyn.

In another scene, Noodles enters a decorated vault. The scene was filmed in Woodlawn Cemetery. Located at 4199 Webster Avenue in the Bronx neighborhood, the cemetery is one of the largest in the city. After stabbing Bugsy and wounding a police officer, Noodles is taken to juvenile prison in a police van. The scene was filmed at 350 Flushing Avenue in Brooklyn. Shortly after, the boys watch Noodles going into the prison from outside a building at 2 Main Street, in the same district. 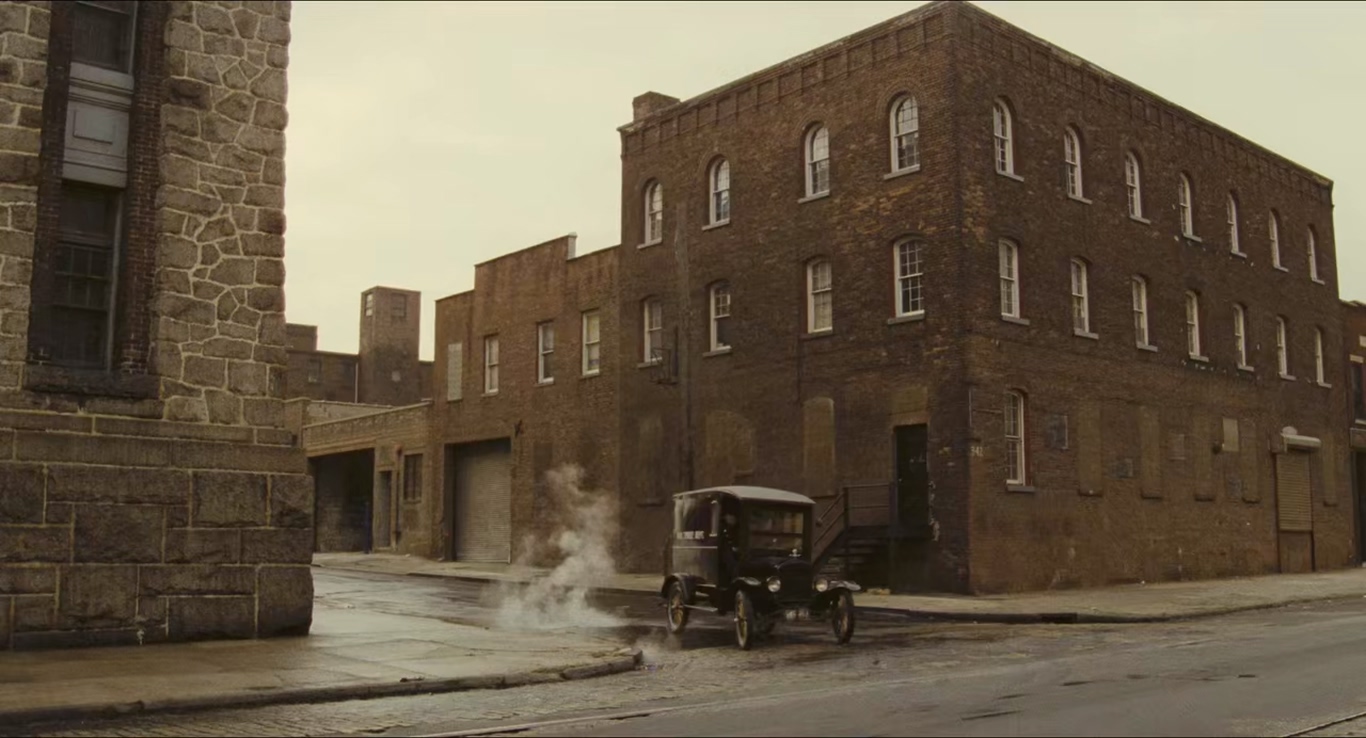 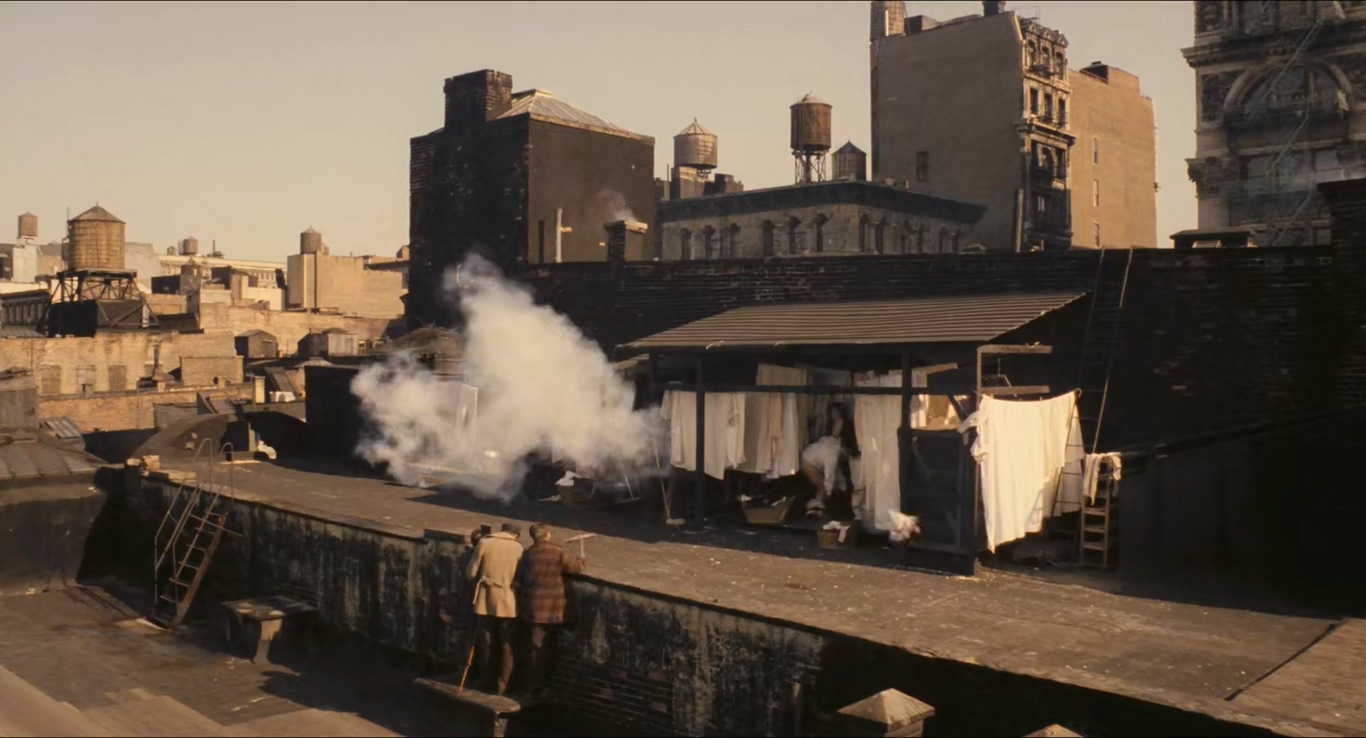 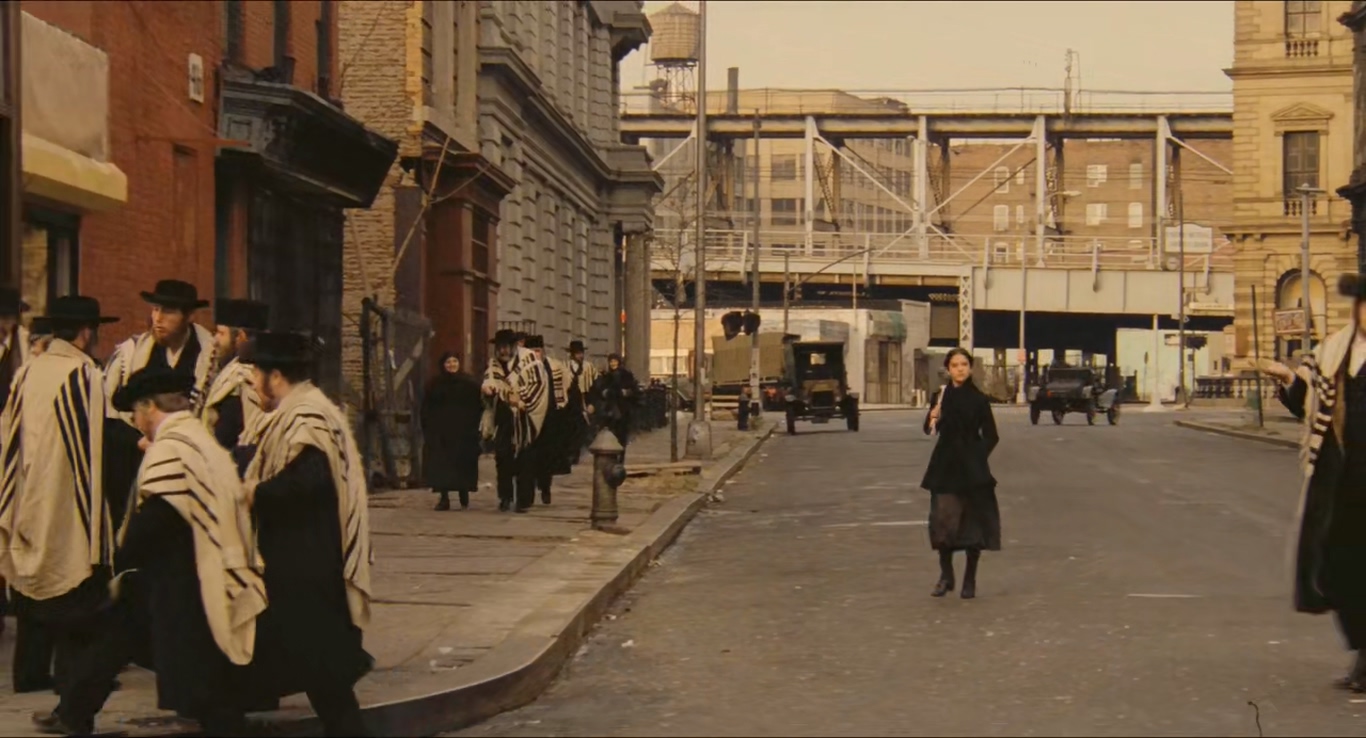 The crew also ventured out to film a sequence in the Vinegar Hill neighborhood of Brooklyn. Moreover, the Boys Reformatory where Noodles is taken is situated at 350 Flushing Avenue in Brooklyn.

The beach scene where Max divulges his plan to rob the bank was filmed outside The Don CeSar, a four-star hotel located at 3400 Gulf Boulevard in the resort city of St. Pete Beach. 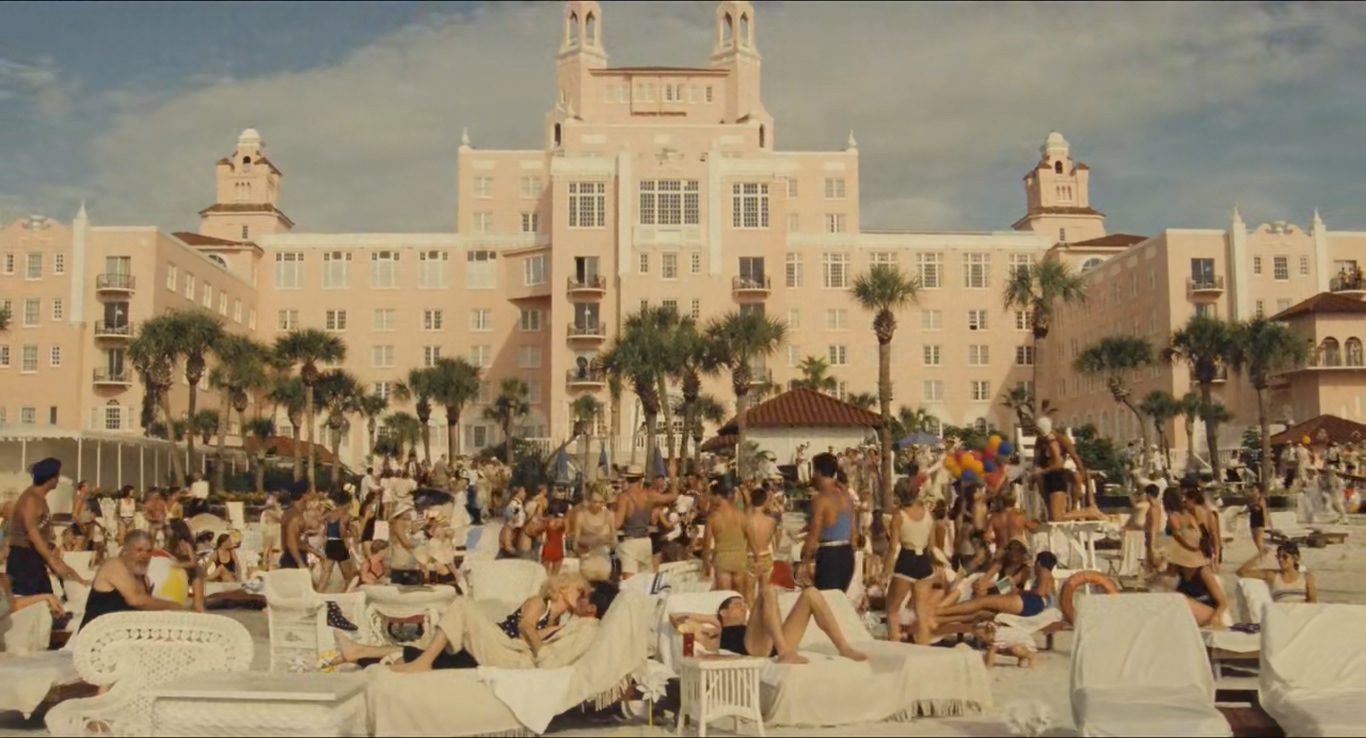 Some sequences were filmed in the neighboring state of New Jersey. The production team captured a few shots in Hoboken Terminal, an intermodal passenger station located at 1 Hudson Place in Hoboken, a New Jersey city on the Hudson River. In another scene, Noodles gets out of the car and sends Deborah home. The scene was filmed at Ocean Avenue and Warren Avenue in the Spring Lake borough on the Jersey Shore.

The director took the production unit to Canada to film a few sequences. Some areas of Montreal, a sprawling island city in Quebec, stood in for New York City. The Bordeaux Prison, a provincial prison situated at 800 Boulevard Gouin Ouest, in the city, doubled as the exterior of the Federal Reserve Bank in the movie. 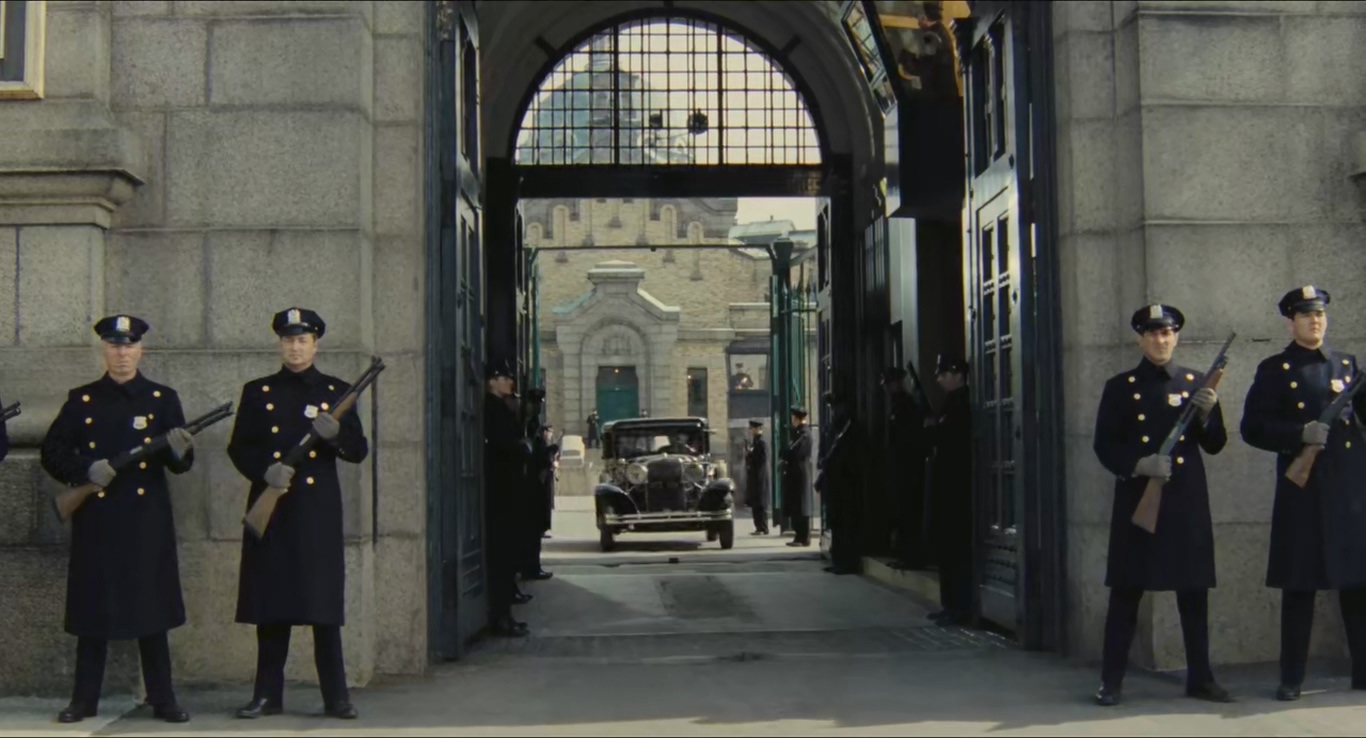 In an early scene, Noodles watches his friends’ corpses lying in the rain. The scene was filmed at an empty lot in Rue Le Moyne and Rue Sainte-Hélène in the city. Later, the boys set a newsstand on fire in the act of vandalism. The sequence was filmed at 449 Rue Saint-Pierre, in the same city. 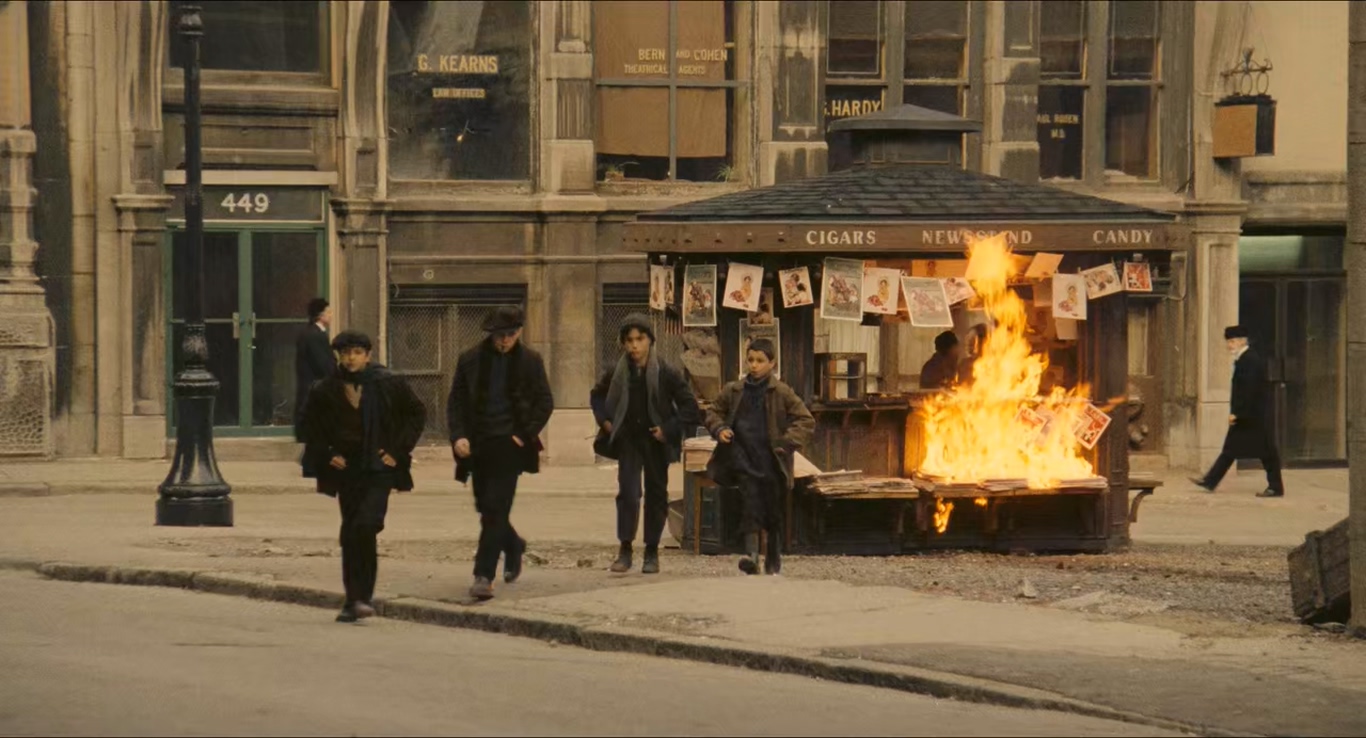 The crew also filmed scenes in The Pavillon Athanase-David, an administrative building located at 1430 Rue Saint-Denis in the city. In another scene, Noodles picks up Deborah from outside a theatre. The scenes were actually filmed outside Ritz-Carlton, a five-star restaurant located at 1228 Rue Sherbrooke Ouest in the city. 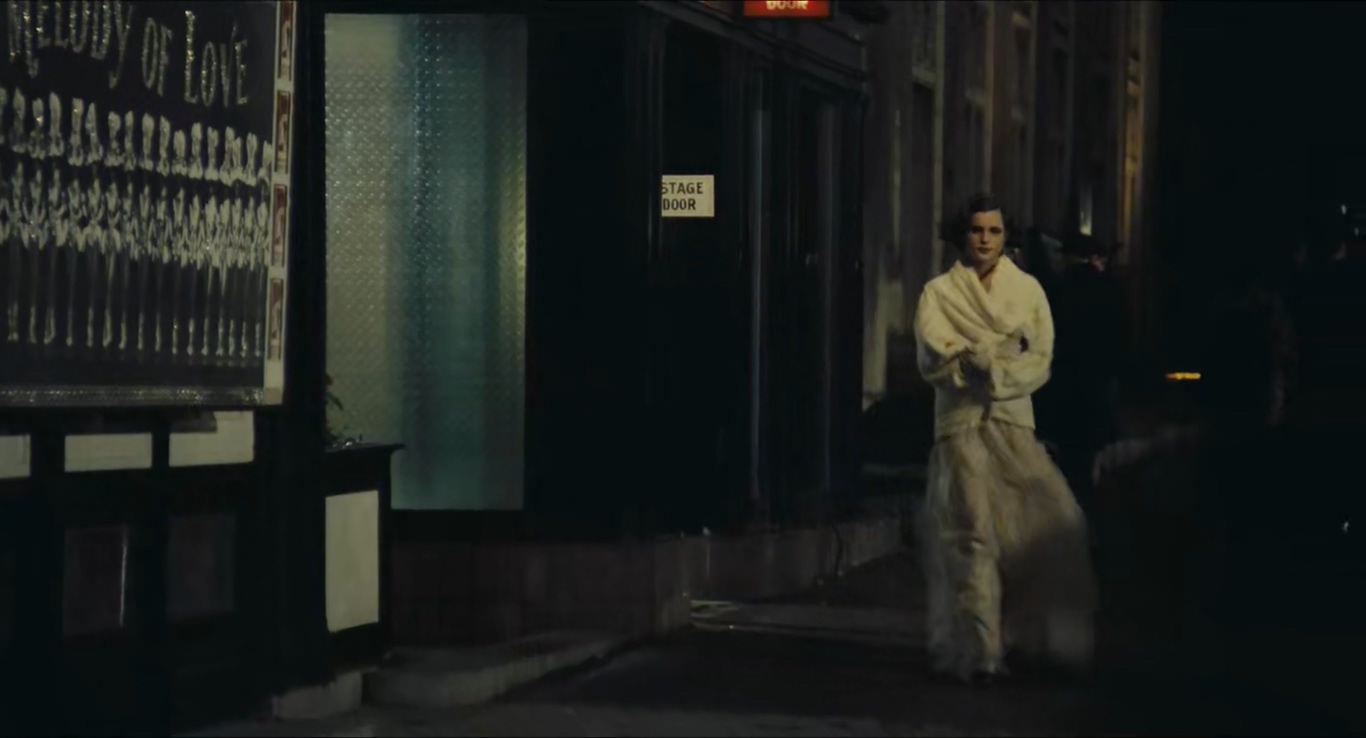 The shooting of Jimmy O’Donnell was captured at the intersection of Rue Marguerite d’Youville and Rue Normand in Montreal. The subsequent shooting of Crowning’s hitmen was filmed at 300 Rue Le Moyne in the same city. 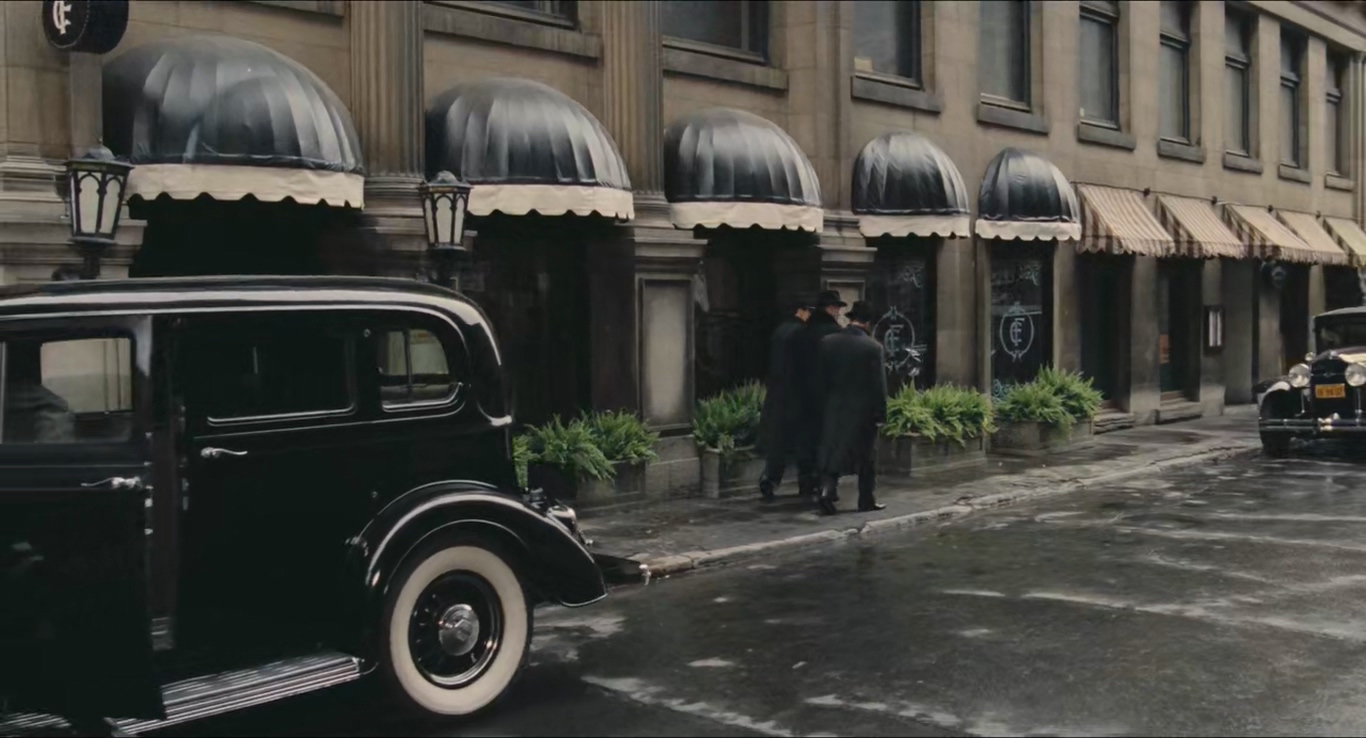 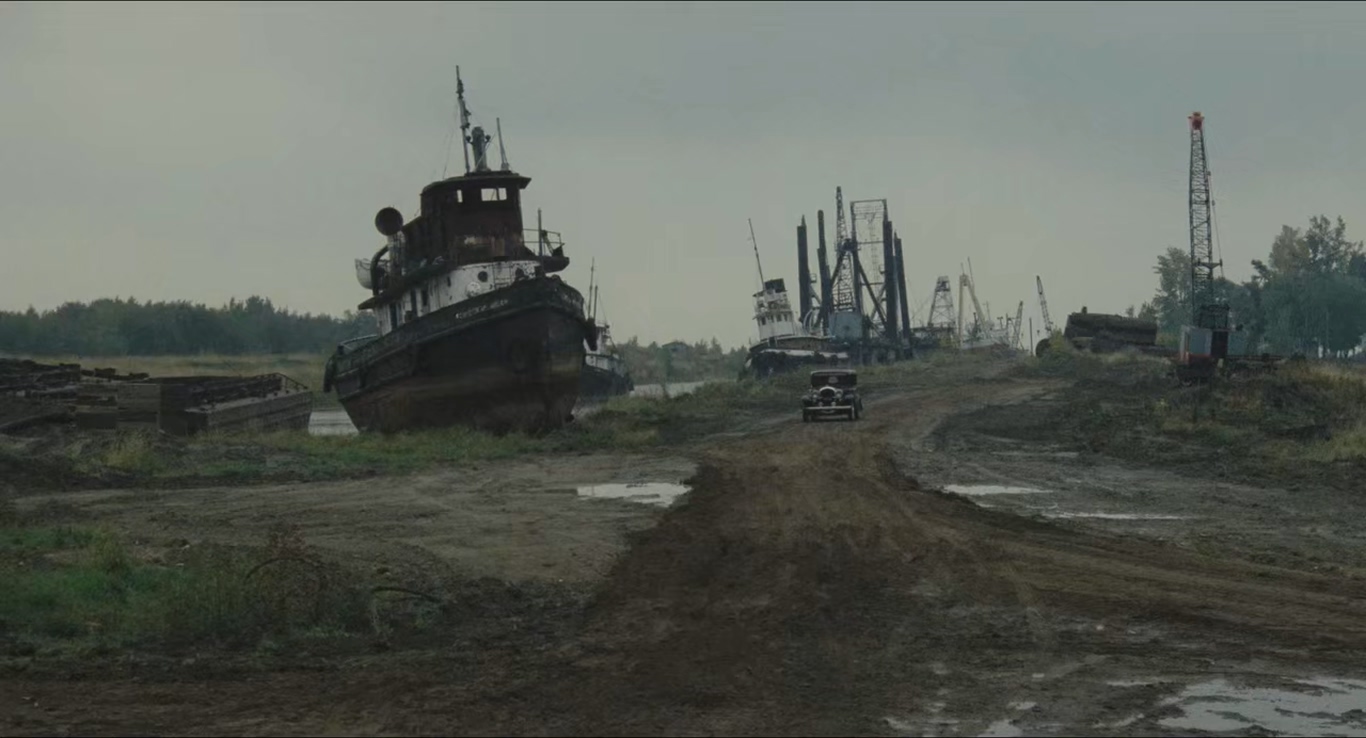 In a flashback scene in the 1930s, we glimpse New York’s Grand Central Station as Deborah leaves for the west coast. The actual terminal had gone through drastic change since 1930. Therefore, the director chose to film the sequence instead of Gare du Nord, a historical railway station situated at 18 Rue de Dunkerque in Paris. 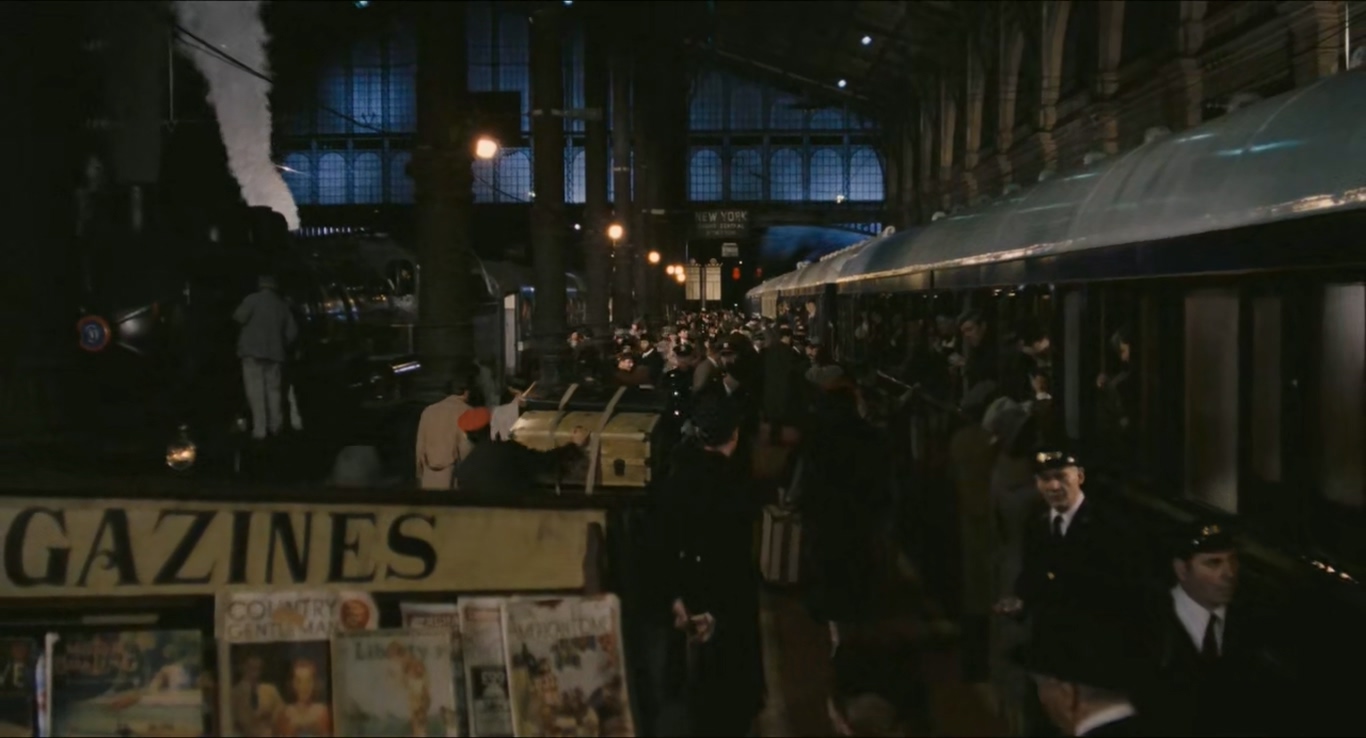 Some scenes were also filmed in Italy, as the director left no stone unturned in the production. In a scene, Noodles goes on a dream date with Deborah in downtown Manhattan. The scene was actually filmed at Hotel Excelsior Venice, a five-star hotel and restaurant situated at Longomare Guglielmo Marconi 41 in Venice. 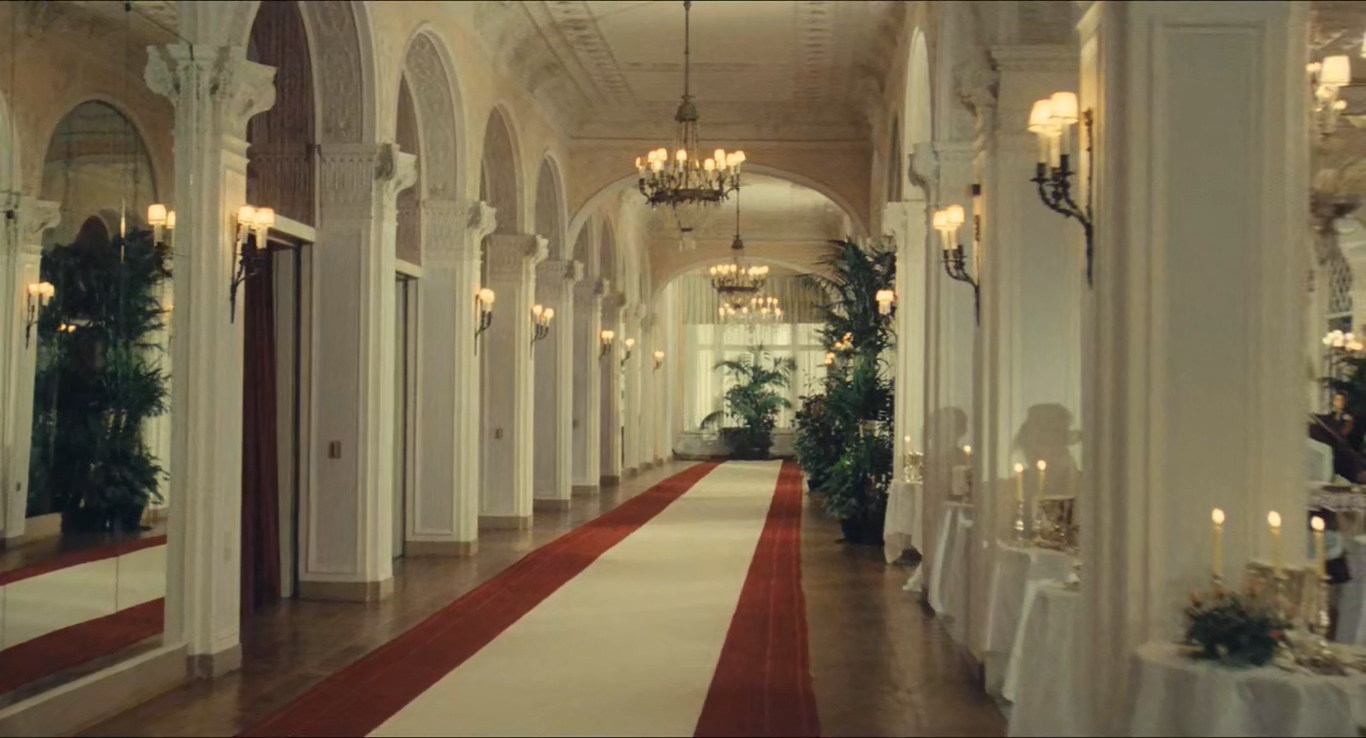 Another sequence was filmed at Porto Marghera in Venice. Lastly, the studio work was carried out in Cinecittà Studios, a film and television production hub situated in the Cinecittà neighborhood of Rome. Sprawling across 400,000 square meters, this is the largest movie studio in Europe. 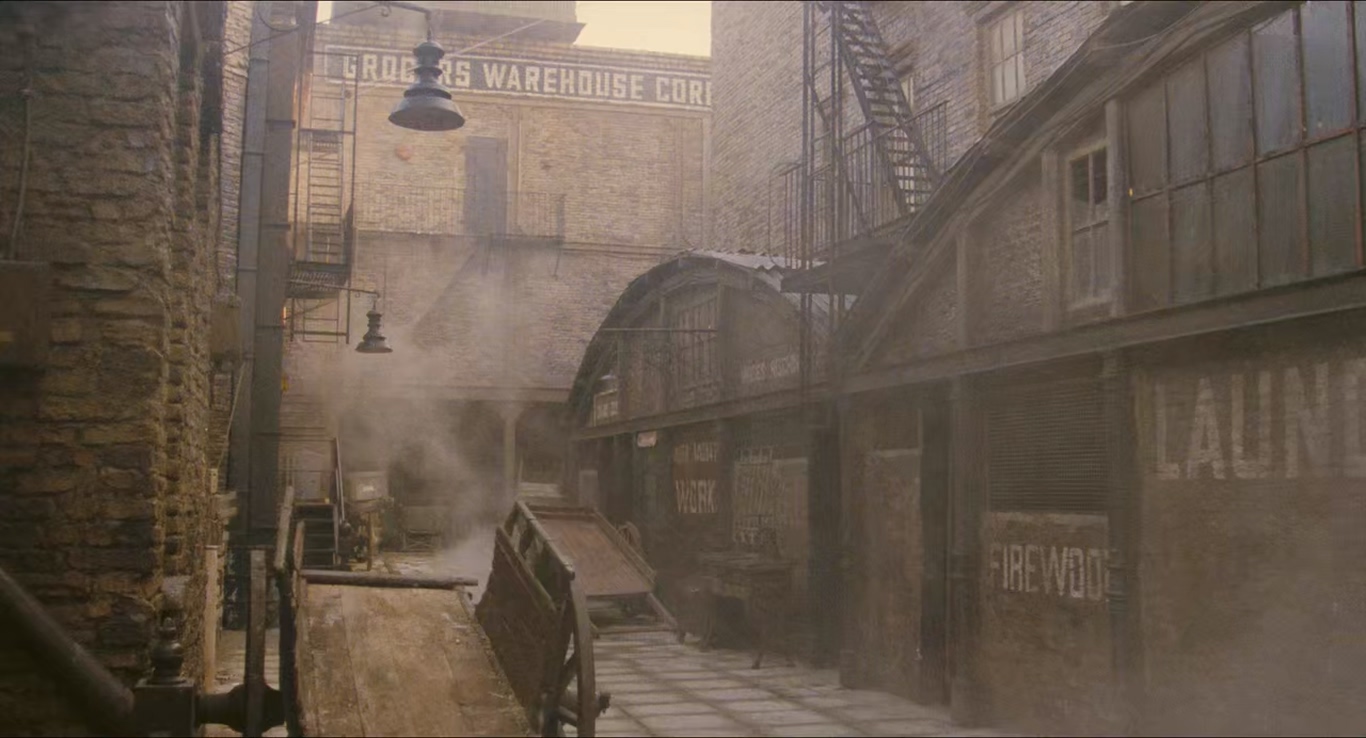