Where Was Outlander Season 5 Filmed? 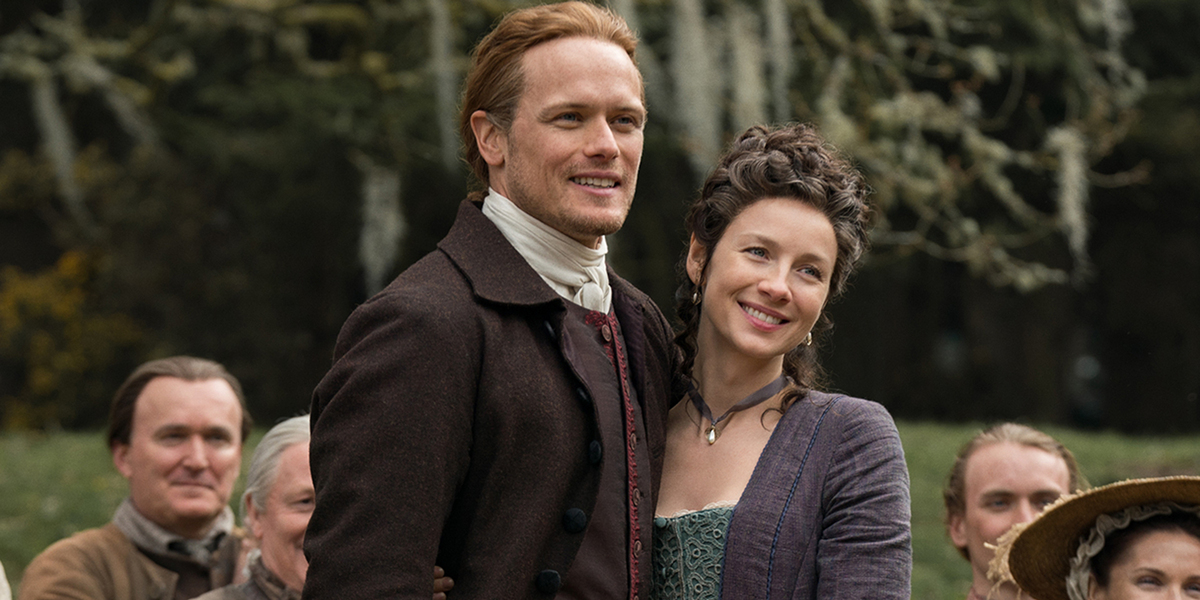 Developed by Ronald D. Moore, the fantasy drama series ‘Outlander’ plunges the audience into an immersive and time-bending experience, chronicling history and politics. Based on the titular novel series by Diana Gabaldon, the show revolves around the unlikely romance between army nurse Claire, and Highlander Jamie, traversing time and history.

The fifth installment of the period drama follows the fifth part in the book series, titled ‘The Fiery Cross.’ However, one of the most significant aspects of the show is that the storyline unfolds in precise locations, be it France or the “New World” in North Carolina. The fifth season is mostly set in North Carolina, pulling off a near-perfect depiction of the Blue Ridge Mountains. This must have got you curious to know where the season was filmed. In that case, let us keep you updated.

‘Outlander’ season 5 was filmed in different locations in Scotland, especially Stirling, Perth and Kinross, Renfrewshire, Glasgow, and East Lothian. According to reports, cameras began rolling for the fifth season in April 2019, coming under wrap in November 2019. Let us now take you to the specific locations where the fifth season of ‘Outlander’ was shot.

With @Outlander_STARZ officially wrapping this week I thought it only fitting #throwbackthursday should be my last day filming on season 5. What a total privilege it is to get to work with such an incredible cast & crew. Not too shabby a view to end on. 🌈🌈 pic.twitter.com/hIvUvWKrUs 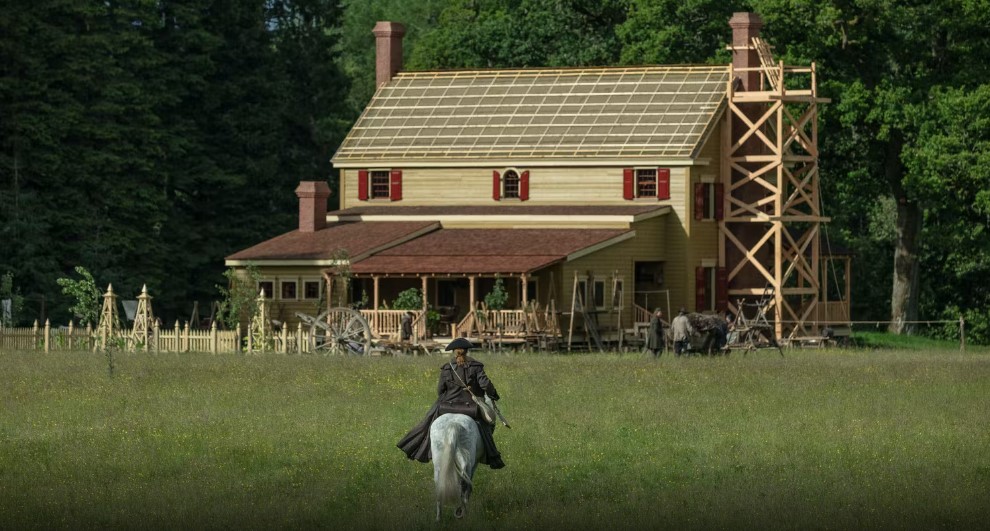 Several scenes for the fifth season were filmed in the Mine Wood area, a woodland walk in the township of Bridge of Allan (colloquially known as Bofa). Bridge of Allan lies in the Stirling council area, north of the city of Stirling. Scenes set in and around Claire and Jamie’s new home in Fraser’s Ridge are also shot within the Stirling council area. Apparently, the team revisited a property in Hill of Row, which features in season 4 as well. It is located southeast of Doune, between Doune Castle and the Wallace Monument.

The crew extensively filmed scenes in Scotland’s protected sites of Dunkeld, a town in the council area of Perth and Kinross. The 4-star Dunkeld House Hotel, on Blairgowrie Road, features in some sequences in the fifth season, including Roger and Brianna’s wedding. Several scenes were primarily filmed in the surrounding woodland of the hotel, colloquially familiar as “The Hermitage,” which became the New World sporting colors of autumn. 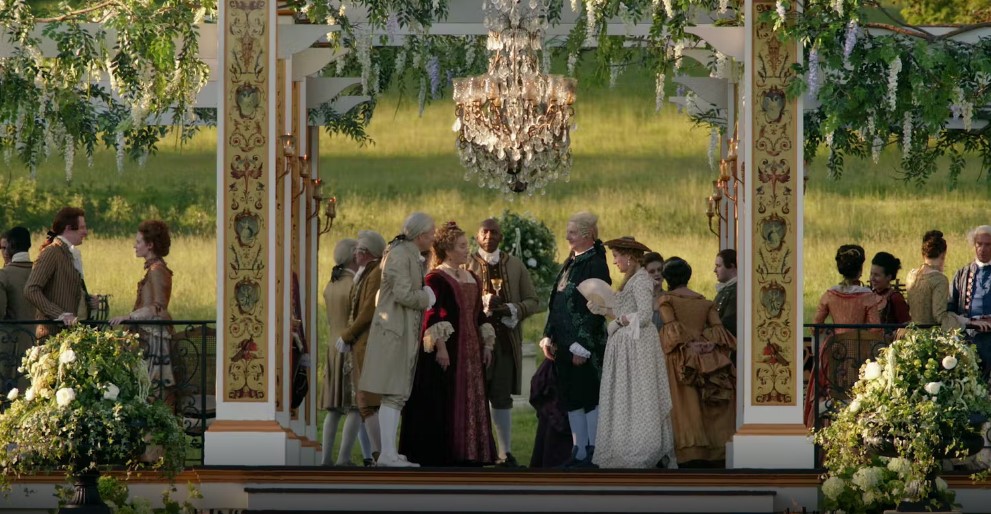 Some scenes especially showcase the Falls of the Braan, a picturesque waterfall tucked away in the forest. Another prominent filming location in the Perth and Kinross council area is the Kinloch Rannoch, a small village by the shore of Loch Rannoch, 18 miles west of Pitlochry. The town stands in for the fictional Craigh na Dun. The village is one of the central locations in the series as it has been appearing in the show since its inaugural run. However, let us assure you that there is no archaeological site of standing stones. 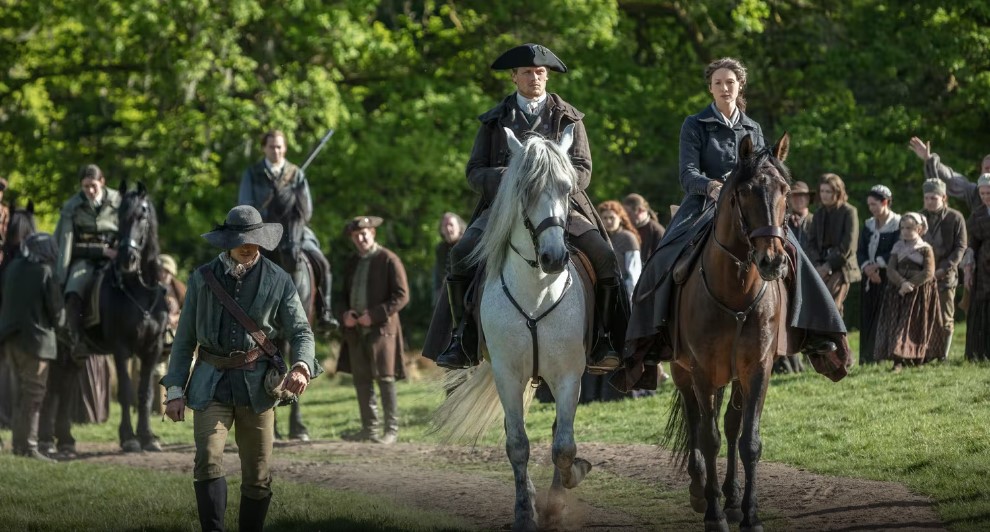 The Boston church scenes from the fifth episode of season 5 were lensed at Paisley, a large township in the west-central Lowlands of Scotland. In a scene, Claire consults God to find inspiration and understand her priorities. This was filmed at the Thomas Coats Memorial Church (locally familiar as the Baptist Cathedral of Europe), at the west end of the High Street. Situated in the Renfrewshire council area, Paisley is at a proximal distance from the major port city of Glasgow.

Additionally, filming was carried out in Glasgow, Scotland’s largest city by population and a significant economic and cultural hub in the UK. The crew set up base in Wardpark Film & Television Studios, where they reconstructed entire sets for the interior sequences. The production hub is located at Wyndford Road in the Cumbernauld neighborhood of Glasgow.

The considerably promising studio features five soundstages, office space, a green screen area, and various workshops. However, it is off-limits to the general public. Moreover, several other Glasgow locations feature in the fifth season, as they did in other installments of the show. A building on Glasgow’s Dowanhill Street stands in for the exterior scenes of Claire and Frank’s Boston apartment. Moreover, Queen’s Park, a picturesque public park on Langside Road, also appears in some scenes of the show’s fifth round. 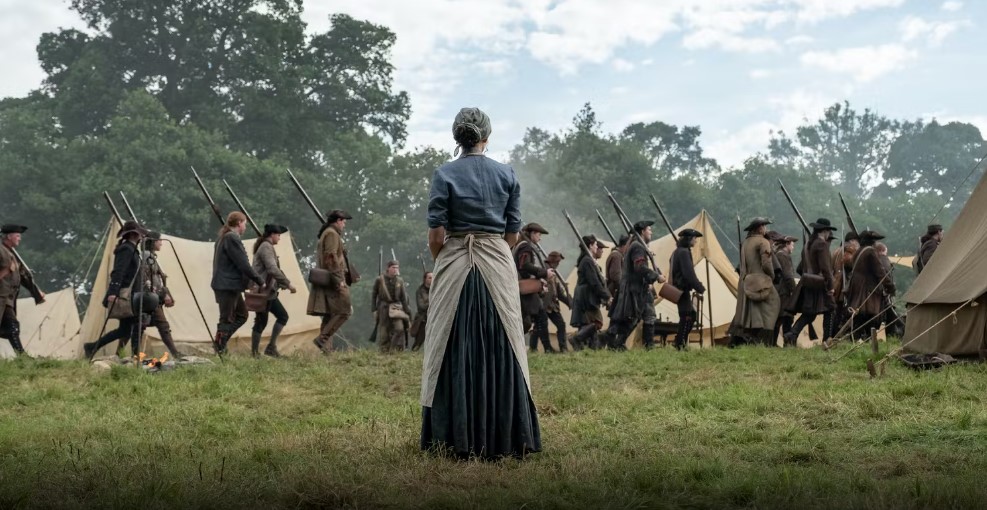 In addition, the production team captured sequences in the council area of East Lothian. Scenes were specially filmed in The Mart, a heritage event venue on Haddington Road in the village of East Linton. Stephen Bonnet’s bloody fight scene was filmed at the property. Brianna’s rescue scenes towards the end of the season were lensed at the East Lothian beach, between the beach between Dunbar and North Berwick. The Ocracoke Island scenes were supposedly lensed along the John Muir Way walking route.