Where Was Return to Mayberry Filmed? 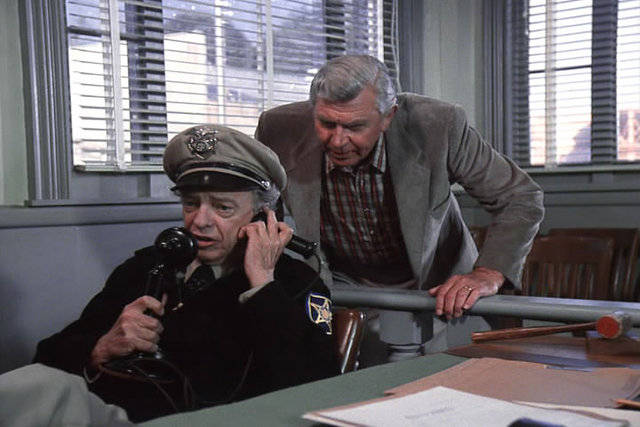 Reunions have always been a matter of hype. They promise to present nostalgic entertainment and carry ardent fans back in time. Reunions are not a new concept at all. They have existed for several years. ‘Return to Mayberry’ is a television movie that served to be the reunion of a couple of extremely popular television shows when it was aired way back in 1986.

‘Return to Mayberry’ is an NBC television film that was based on the sitcoms ‘The Andy Griffith Show’ and ‘Mayberry R.F.D.’ The former show never dropped below number seven in Nielsen rating rankings when it was on air and ended its run at the number one position.

‘Return to Mayberry’ sees as many as sixteen original cast members return for its reunion special. It became the highest-rated television film in 1986. The movie follows Andy Taylor returning to the beloved town of Mayberry in order to visit Opie, who is expecting a child. During his visit, he ends up assisting Barney Fife in his quest to become the town’s sheriff.

Andy Griffith leads the returning cast, reprising his role as Andy Taylor. Ron Howard plays Opie Taylor while Don Knotts plays the character of Barney Fife. Howard Morris plays Ernest Bass while Jim Nabors plays Gomer Pyle. There are several other cast members who return for the reunion too. However, Frances Bavier was a notable exception. She had already retired when the reunion was being produced. Unsurprisingly, ‘Return to Mayberry’ proved to be a hit in terms of ratings.

As its title suggests, ‘Return to Mayberry’ is set in the fictional town of Mayberry. The town of Mayberry has become a memorable place for fans of ‘The Andy Griffith Show’ and ‘Mayberry R.F.D.,’ even though it can only be accessed through the television screen. The town is based on Andy Griffith’s own hometown, Mount Airy, in North Carolina. Some of the town’s locations have become iconic thanks to the success of the shows. Hence, the reunion could have surely not been complete without the re-portrayal of Mayberry. It was certainly another character on the original shows. Hence, it is natural for viewers to wonder where the show has been filmed.

‘Return to Mayberry’ was mainly filmed in California. The original shows had been shot completely on a Hollywood backlot. However, for the reunion,  the makers decided to use an actual town for filming. Filming was mainly carried out in Los Olivos in California. The unincorporated community in Santa Ynez Valley in Santa Barbara County has a population of 1,138 as of 2010. A courthouse facade and new street signs had been installed in Los Olivos for filming purposes. Apart from Los Olivos, filming was also carried out in Arroyo Grande.