Where Was Shadow in the Cloud Filmed?

‘Shadow in the Cloud’, directed by Roseanne Liang, is about a World War II pilot Maude Garrett (Chloë Grace Moretz), taking on a mission involving a top-secret package. Armed with responsibility and hurry, she flies the Allied B-17 Flying Fortress, where things start going downhill. Garrett is constantly hounded by the chauvinistic male crew, who are repelled by a female presence in the team.

Besides that, there are traces of a ghostly presence that also lurks around. The aircraft zooms through murky skies, and most of the scenes have a raw essence nurtured through the misadventures undergone by the crew members. The locations look far-fetched and scenic, which makes us wonder where ‘Shadow in the Cloud’ was filmed. Let’s find out!

Shadow in the Cloud Filming Locations

The filming for ‘Shadow in the Cloud’ commenced in June 2019. The major portion of the movie was filmed in Auckland, New Zealand. Let’s discover more details.

The majority of the film takes place in the sky, amidst shadowy clouds and grey tones. However, the ground sequences were filmed in Auckland. There are a few pictures on social media featuring Chloë Grace Moretz paddling through the water at Muriwai Beach, clad in battered clothes. The beach is located on the western coast of Auckland in the North Island.

It is a well sought out location for different industries all over the world, including tourism and filmmaking. Muriwai is essentially a coastline bordered with higher cliff-like structures and exotic viewing platforms staged in a way that complements the scenic appeal. It stretches up to 60 kilometers and is occasionally interrupted by the soothing flow of streams and rivers. Battling extreme weather conditions, the crew spent a few weeks in New Zealand to film the movie. 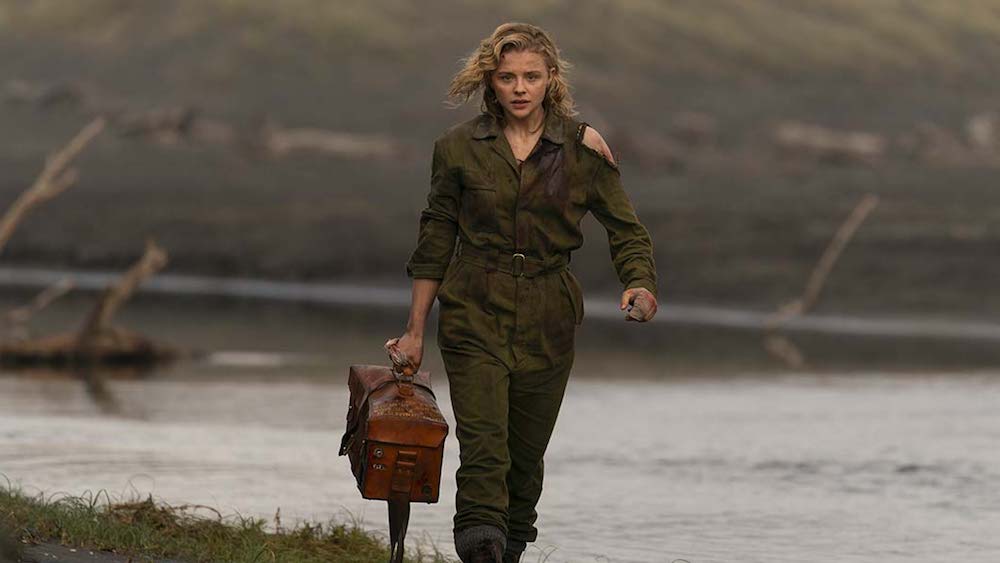 Chloë Grace Moretz took two days filming an action scene on Auckland’s West Coast, where Muriwai Beach is located. Moretz seemed unaffected as per remarks given by the onlookers on the set of ‘Shadow in the Cloud’. Liang also stated that ‘Shadow in the Cloud’ is not supposed to be perceived as a war movie. It is a simple genre popcorn movie that is relatable to people everywhere.

She said she has a list of movies that she takes unbridled inspiration from, including ‘Terminator 2’, ‘Mad Max: Fury Road’ and ‘Die Hard‘. According to Liang, the category of movie-making that she resorts to is fundamentally reflected in these box office hits. Roseanne, who has a few short movies to her credit, achieved her debut as a director with the autobiographical film ‘My Wedding and Other Stories’, which was also filmed in Auckland. She hails from New Zealand and also graduated from Auckland University.