Snowkissed: Everything We Know

Hallmark’s ‘Snowkissed’ is a heartwarming romantic film that revolves around Kate, a resident of New York who has not seen life outside the confines of the city. She then receives a job assignment to travel to Canada, which is the perfect opportunity for her to grow out of her fears. After landing in Lake Louise, Kate stumbles upon Noah, the owner of the B&B where she’s staying. As her assignment suffers a delay, she begins to help Noah with a business project.

Kate trains him for an appointment with a group of investors that Noah wants to impress. He plans to take them on a detailed tour of the scenic land. Kate and Noah’s emotional journey is depicted through adventures and precious moments shared in the heart of snow-covered peaks and mountains. They bond over a series of winter activities in various picturesque locations decked up in the snow. So where was this movie filmed? Let’s find out.

‘Snowkissed’ started filming in late 2020 and wrapped up in January 2021. The winter-themed movie was extensively shot in Manitoba and Alberta in Canada. Let’s discover more details.

The filming for ‘Snowkissed’ took place in Manitoba as it perfectly captured the outdoor-fun vibe of the film. Manitoba is a Canadian province that runs along Ontario’s west border. The location is famous for its sweeping landscape replete with lakes, rivers, mountains, and forests. Manitoba’s wild aesthetic is much preferred by Hallmark as innumerable movies housed by the channel (such as ‘Christmas Connection’ and ‘Journey Back to Christmas’) were shot there. Actor Rodrigo Beilfuss posted a picture of himself snuggled up in the warmth of Winnipeg, the capital of Manitoba. 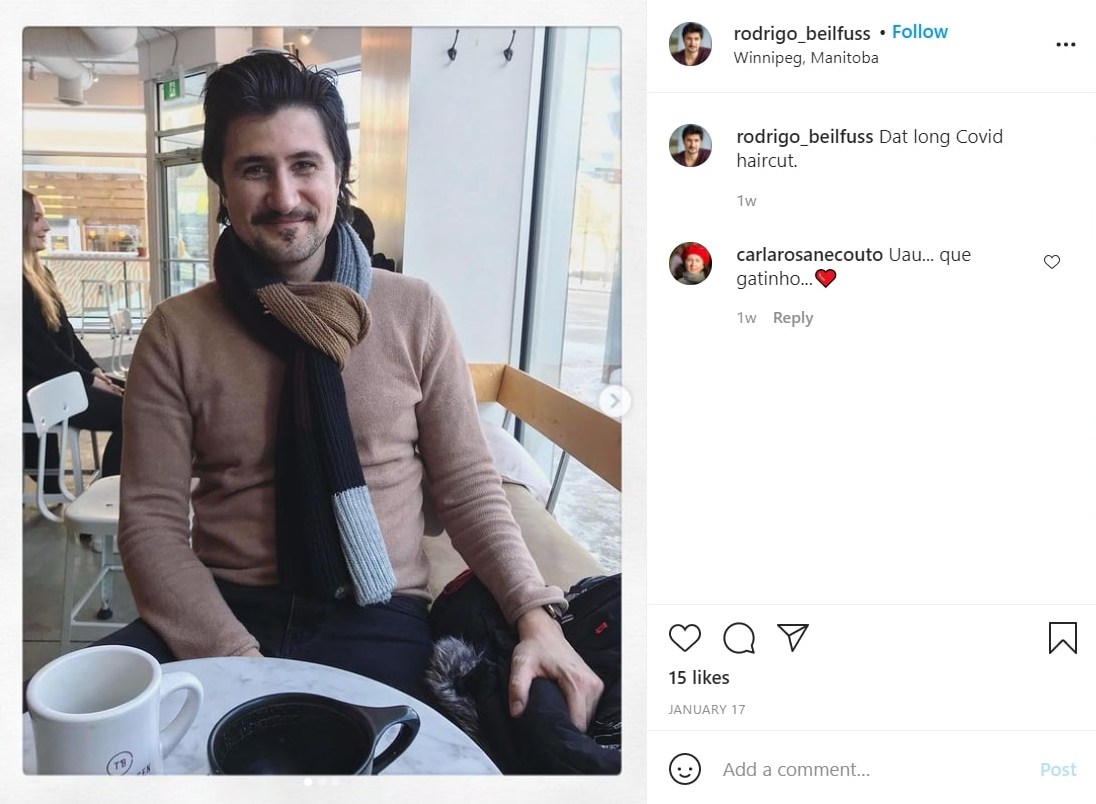 The movie kicks off with Kate being sent to Lake Louise to interview a writer. Kate then flies to Canada, and the scenes that follow were actually filmed at the lake. Known for its glassy surface packed with glaciers, Lake Louise is a hamlet in Banff National Park, situated in the Canadian Rockies. The area is encircled with high peaks and wound up with hiking trails. It is also a famous spot for skating and boating, which makes it a suitable site for the filming of the movie.

The Banff Gondola trail extends to the top to reveal a profile view of the Sulphur Mountain and the Canadian Rockies. The site has been redesigned and rebuilt over the years to create a wholesome experience for visitors. There are cabin rides that can be taken to gain access to an unrestricted view of the location. Actors Amy Groening and Rodrigo Beilfuss were captured taking a tour inside one of these vessels.

The cast of ‘Snowkissed’ is led by Jen Lilley, who stars as Kate. She is a journalist who ironically despises travel. Jen has worked in other Hallmark movies such as ‘Eat, Play, Love,’ ‘A Dash of Love,’ ‘Winter Love Story,’ ‘Paris, Wine & Romance,’ and ‘Love Unleashed.’ Her significant works include the Academy Award-winning film ‘The Artist,’ ‘Days of Our Lives’ and ‘General Hospital.’

Chris McNally essays the role of Noah, the shy owner of the B&B where Kate settles down during her trip. He is known for his recurring roles in ‘Lucifer,’ ‘Killer Instinct,’ ‘Falling Skies,’ and The CW’s ‘Supernatural.’ Other cast members include Amy Groening as Jayne, Rodrigo Beilfuss as Simon, and Jay Koensgen as Fredrick, among others.