Where Was State of Play Filmed? 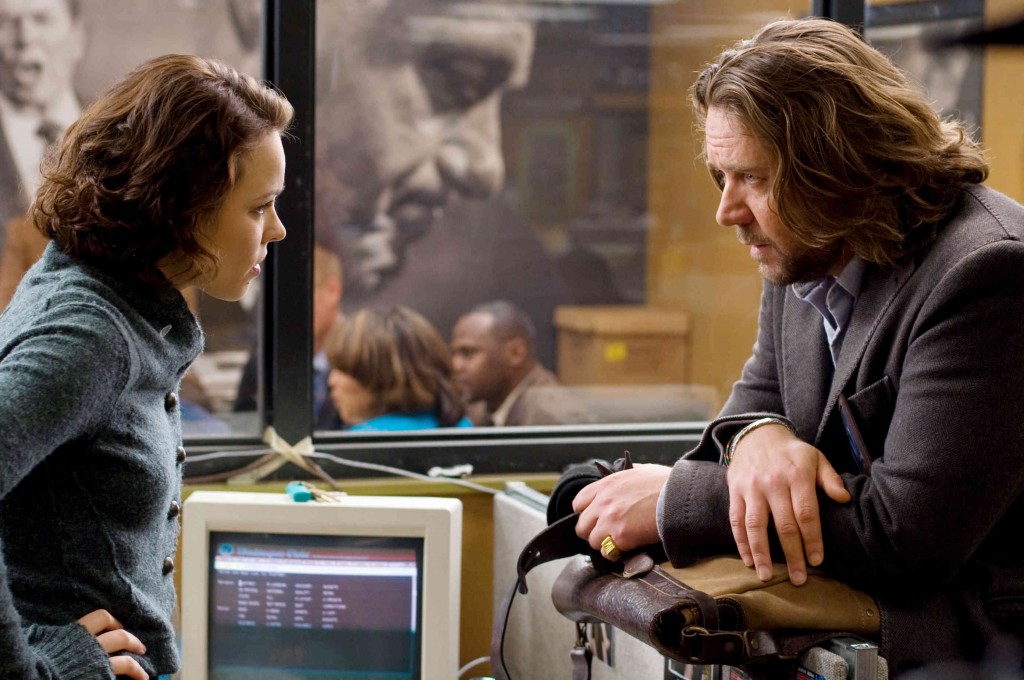 Directed by Kevin Macdonald, who is best known for his ‘The Last King of Scotland,’ ‘State of Play’ is a compelling murder mystery involving the death of a congressman’s confidante. The whodunit stands apart from the crowd due to its stellar ensemble cast, including Russell Crowe, Ben Affleck, and Rachel McAdams, as well as the intricacy of the plot. Most of the story unfolds in the historic location of the US administrative capital, and the production team visited many iconic landmarks to bring the political thriller to life. However, if you are wondering about the specific locations where the film was shot, we have you insured.

‘State of Play’ was filmed in its entirety in the US, and especially in California, Washington, D.C., and Virginia. Production was initially slated for November 2007, but after a delay following Brad Pitt’s sudden departure, filming commenced in January 2008 and was wrapped up by April 2008. Let us now take you to the specific locations where the production crew visited for filming.

The majority of the film was shot in and around the Californian city of Los Angeles in a strict schedule of eight weeks. The scene where Della divulges the truth about Sonia’s roommate to Cal was filmed at a location by the Westin Bonaventure Hotel & Suites, a luxury hotel situated at 404 South Figueroa Street in Los Angeles.

Another scene in the film where Cal meets eccentric PR representative Dominic Foy was filmed at 612 South Flower Street in the financial district of downtown LA. The penultimate shootout took place at the City Hall East, located at 200 North Main Street in Los Angeles. The crew visited the neighborhood of Los Feliz for some additional sequences.

The production team built a newsroom set from scratch for the fictional press agency “Washington Globe.” The costume designer took inspiration from the real-life newspaper The Baltimore Sun to perfect the wardrobe of the journalist characters. The in-studio filming was carried out at the Culver Studios, which is a film studio located at 9336 West Washington Boulevard in Culver City, California.

The crew visited the US capital district to film some crucial outdoor segments. Around one-third of the entire film was shot in the historic city of national significance, and the production team filmed in multiple iconic locations in the city. Locations in the city where the production team shot scenes include the neighborhoods of Georgetown, Adams Morgan, Mount Pleasant, and Shaw. At the beginning of the film, a thief is chased and murdered by a hitman. The scene was recorded at the intersection of M Street and Wisconsin Avenue Northwest in Georgetown, Washington.

Later, the body of the thief is found under the Second Aqueduct Bridge at Water Street Northwest, and in the backdrop, viewers can spot the Whitehurst Freeway. The assassin lives in a shady apartment which belongs to a deceased person named Fred Summers. The segment was filmed at 490 M Street Southwest in Washington, D.C.

Mandi, the feral girl, lives at an abandoned building at the Georgetown Embankment. The famous Francis Scott Key Bridge on the Potomac River can also be seen at one point in the film as Cal drives his car to follow a lead.

The victim Sonia Baker who is at the center of the mystery,, lives in an apartment in the Adams Morgan neighborhood, located at 1825 Vernon Street Northwest in Washington, DC. She is seen crossing 18th Street at Columbia Avenue Northwest on her way to work.

Later still, we meet investigative journalist Cal McAffrey who lives in a three-storied apartment at 3221 Mount Pleasant Street Northwest. Cal speaks to restaurant staff Morris while his briefcase is carried off by Mandi. The segment was filmed at a food joint called Ben’s Chili Bowl, which happens to be a landmark eatery situated at 1213 U Street Northwest.

The Bender Building, at 1120 Connecticut Avenue Northwest in Washington DC, served as the Washington Globe’s exterior while the interior was filmed at the aforementioned studio location.

The office of the mysterious PointCorp, “the little Baghdad,” is in actuality the infamous Watergate Complex, a luxury hotel located at 2650 Virginia Avenue Northwest. The crew gained access to the rooftop of a building of the George Washington University to record shots of the notorious site of the eponymous scandal.

Cal meets an employee from PointCorp in the bustling Maine Fish Market, a seafood market that was previously located at 1100 Maine Avenue Southwest. The Fish Market has since been demolished.

Cal later talks to his friend apropos PointCorp against the backdrop of Andrew W. Mellon Auditorium, which is a historic auditorium located at 1301 Constitution Avenue Northwest.

The Department of Housing and Urban Development building (at 451 7th Street NW) served as the exterior of the hospital shown in the film. Secretary Alphonso Jackson’s photos were removed from the entrance as per the request of the filming crew.

The crew also filmed in John F. Kennedy Center for the Performing Arts (at 2700 F Street NW) for a crucial encounter between Cal and Congressman Fergus.

Other Washington D.C. locations seen in the film include Harbour Square Cooperative, which served as the residence of Stephen Collins. Additional filming took place at the Scottish Rite Freemasonry temple. The crew also visited historic locations such as the William Jefferson Clinton Federal Building, at 12th Street and Pennsylvania Avenue Northwest, and the vast Library of Congress, at 101 Independence Avenue Southeast. The iconic Library of Congress served as the place of the media conference where Anne makes a statement regarding the scandal.

The metro station where Sonia is seen at the beginning of the film is actually the Rosslyn Metro Station, which happens to be quite far from her Adams Morgan home in reality. The crew chose to film in the location because of its visual sophistication. The exact address of the station is 1850 North Moore Street at Arlington, in the state of Virginia.

The scene where Della and Cal put Dominic’s confession on tape was filmed in the Americana Hotel, which is located at 1400 Jefferson Davis Highway, in the Crystal City of Arlington County.

Other Locations in the Country

The morgue scene was filmed in St. Mary’s Medical Center at 1050 Linden Avenue in Long Beach, California. This is the same morgue that was featured in the crime TV drama ‘Bones.’ Apart from that, the morgue is apparently quite frequently used for cinematic production.

Additionally, another location where the cinema crew went to shoot is the Mayfield Senior School, located at 500 Bellefontaine Street in Pasadena, California.