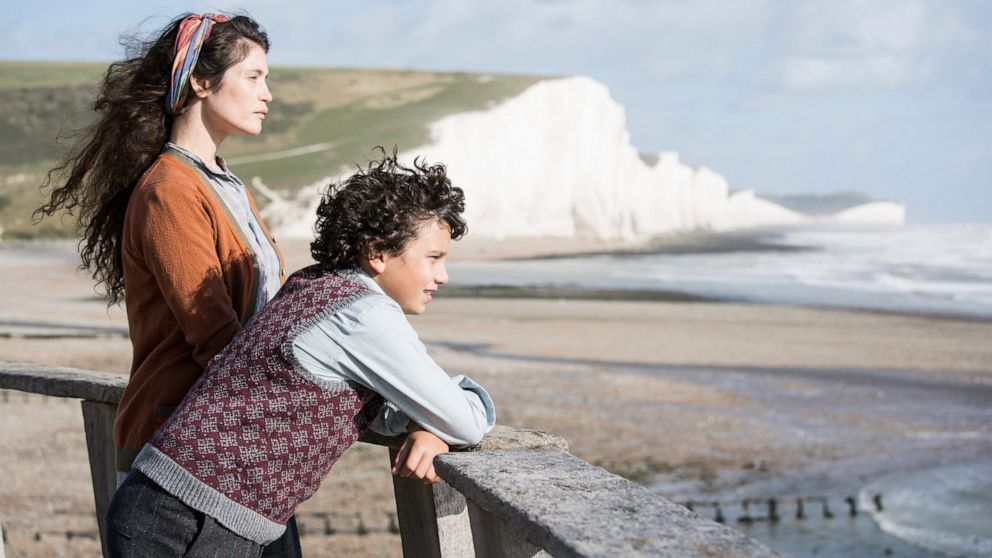 Written and directed by Jessica Swale, ‘Summerland’ is a British period drama movie set against the Second World War. It centers around Alice Lamb (Gemma Arterton), a writer who lives alone in a cottage by the seaside in Kent. Given the ongoing war, she is asked to care for a boy named Frank (Lucas Bond), who has been evacuated from London. Though reluctant, she takes him in and provides him with shelter and food during the tough times.

As Alice’s bond with Frank grows, she reminisces about her relationship with Vera (Gugu Mbatha-Raw). Since it would not have been possible to have children with Alice, Vera had broken up with her because she wanted to be a mother. The movie is centered around trauma, war, and a same-sex relationship. However, the visual aspect of the storyline takes the cake. The concept of ‘Summerland’ is based on the idea of a heaven that exists around us. The filmmakers bring the concept to life with scenes that capture the breathtaking beauty of our world. If you are eager to know where the film was shot, we have your back!

‘Summerland’ was shot in South East England, primarily the ceremonial counties of East Sussex and Kent, as well as the city of London. The filming commenced in September 2018 and lasted until the last week of October 2018. Let’s get to know more about the places where the movie was lensed.

The beautiful region of East Sussex served as an ideal spot for the filming of ‘Summerland.’ One of the most prominent areas within the county used for production is the town of Seaford. Scenes set in Alice’s home were shot at Coastguard Cottages, located in Cuckmere Haven. One can even spot the Seven Sister Cliffs in the movie.

The Seaford Head was used to frame the scene where Alice takes Frank to look out over the ocean on Ramsgate Cliffs and possibly spot floating islands. The pebbly beach known as Birling Gap is a popular destination in Seaford, which was used to shoot a few sequences for this period drama.

Another East Sussex seaside town that features in the film is Hastings. The Marina car park on St Leonards seafront is one of the places that appear in the movie. The scene where Alice saves Frank from the freezing waters of the English Channel was shot on a beach in Hastings. A small village named Firle in Lewes district was where the store scenes in the Village were lensed.

The Brighton Railway Station on Queens Road in Brighton was transformed to look like a blast from the 1940s. Scenes shot in the converted station feature actors dressed according to the time; they appear in the film as police officers, soldiers, housewives, children, and air raid wardens. The elements added to the authenticity of the production and even included a film poster of a 1939 Laurence Olivier film. Some of you may spot Herstmonceux Castle in Hailsham in a few shots.

Given that ‘Summerland’ is primarily set in Kent, the production team utilized the locations available in the area to the fullest. The Historic Dockyard Chatham is a major production spot for the movie. The exteriors of Sail and Colour Loft, Church Lane, and Ropery in Chatham were used to depict the streets of East London during the Blitz.

The Captain’s House on Officer’s Terrace, Main Road, Chatham, was converted to showcase a house destroyed during the bombing. On the other hand, the cellars of the Fitted Rigging House on the Anchor Wharf were used to portray the air raid shelters. Another prominent filming location in Kent is the Dover Castle in Dover, where exterior shots were filmed.

‘Summerland’ was also shot in London, the capital of England and the United Kingdom. The southern side of the Rotherhithe Tunnel in East London serves as the London Tunnel for the film. A number of films have been shot in London, such as ‘The Batman‘ and ‘Choose or Die.’