Where was The Black Phone Filmed? 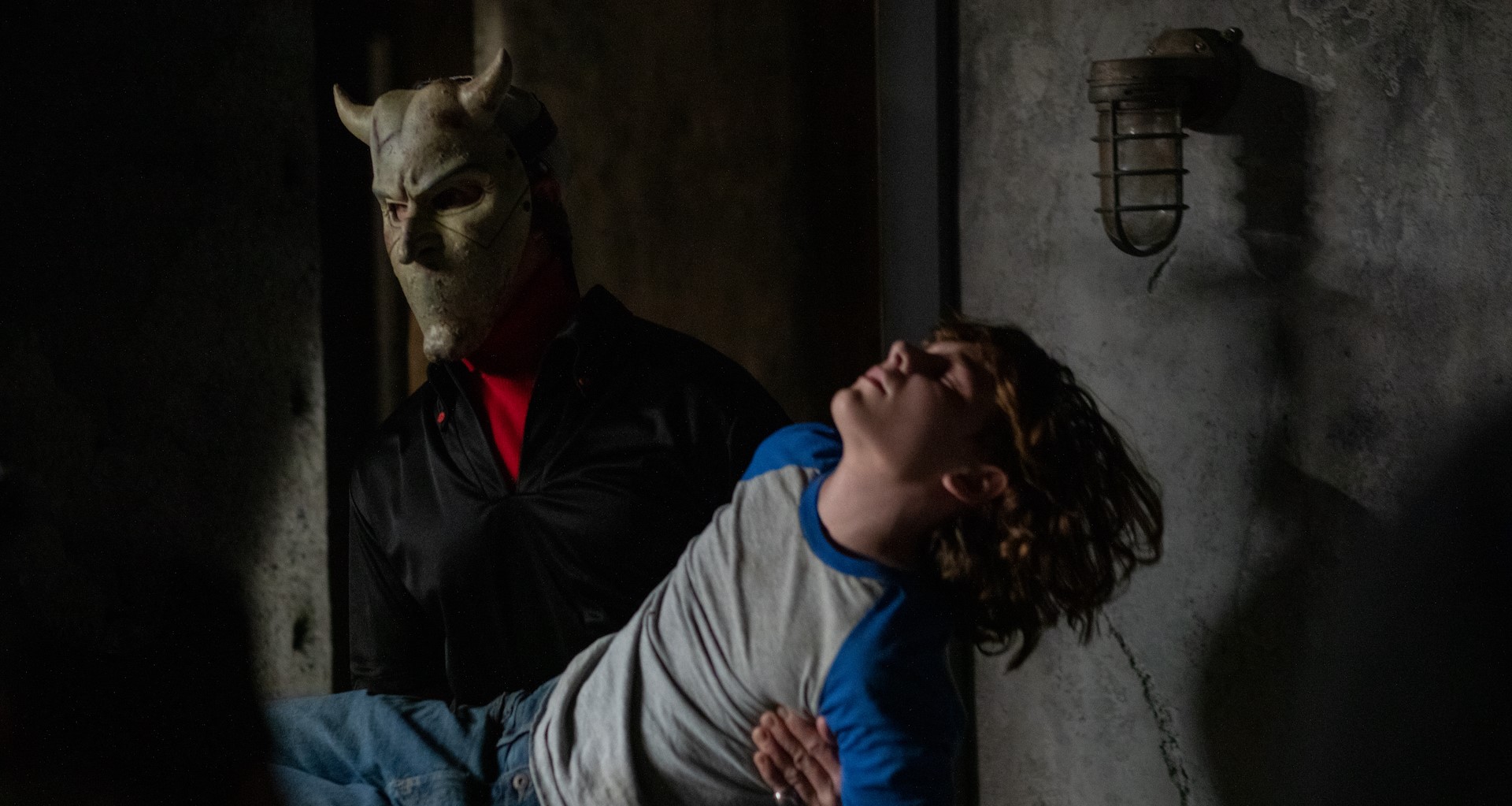 Helmed by Scott Derrickson, ‘The Black Phone’ is a horror movie that follows a shy yet clever 13-year-old boy named Finney Shaw, who is kidnapped by a serial killer called The Grabber. When the teenager regains consciousness, he finds himself confined in a soundproof basement with nothing but a disconnected phone in the room. Soon, when the phone starts ringing, he discovers he can hear the voices of the killers’ previous victims through it. These voices want to ensure that Finney doesn’t go through what they all went through by helping him escape.

The film has been adapted to screen by Scott Derrickson (‘Doctor Strange‘), who based it on author Joe Hill’s eponymous short story and a few experiences from his own childhood. The movie’s unique narrative consists of several horror elements that keep the viewers on the edge of their seats from beginning to end. Meanwhile, the creepy and desolate basement where Finney is trapped makes anyone wonder about its actual location. Well, if you are looking for the places where the movie was shot, allow us to share all the information you may need about the filming sites of ‘The Black Phone.’

‘The Black Phone’ was filmed entirely in North Carolina, specifically in the New Hanover, Brunswick, and Columbus counties. The principal photography for the Ethan Hawke-starrer commenced in February 2021 under the working title ‘Static’ and wrapped up in late March of the same year.

Located in the southeastern region of the United States, North Carolina is known for having a wide range of elevations and landscapes. Due to its diverse terrain, with several rivers, mountains, and flora and fauna in its vicinity, it can stand in for different locations across the country; Colorado in the case of ‘The Black Phone.’ Now, let’s traverse the sites showcased in the horror film!

Many pivotal sequences for ‘The Black Phone’ were lensed in and around Wilmington, a port city and the county seat of New Hanover County. In particular, the production team set up camp in EUE/Screen Gems Studios, where most of the film was shot on a set portraying The Grabber’s basement. Located at 1223 North 23rd Street in Wilmington, the studio houses 10 stages with 150,000 square feet of column-free shooting space. It also consists of several mills, wardrobe space, special effects shop, set dec/prop stage, water facilities, and production offices.

Reportedly, some portions of the movie were filmed in other parts of Wilmington and New Hanover County as well, including North Chase, an unincorporated community and census-designated place in New Hanover County. Moreover, the areas around the EUE/Screen Gems Studios were also utilized for shooting a few scenes.

A few parts of the horror movie were seemingly recorded in Brunswick County, the southernmost county in North Carolina. Considered one of the fastest-growing counties in the state in terms of population, much of its economy comes from tourism as it is home to several popular destinations such as Oak Island and Bald Head Island. Furthermore, due to its proximity to the above-mentioned Screen Gems Studios in Wilmington, it has become a popular production spot for different movies and TV shows.

For filming purposes, the production team set up camp in Columbus County on the southeastern border of North Carolina. The cast and crew of ‘The Black Phone’ likely traveled across the county to lens a few interior and exterior shots for the film. The county is home to many large lakes, including the Tabor and Waccamaw lakes. Furthermore, Green Swamp is one of the most significant geographical features of the county.

Read More: Is The Black Phone Based on a True Story?