William Friedkin directed the iconic 1973 horror movie ‘The Exorcist’ from a story and screenplay penned by William Peter Blatty, based on Blatty’s eponymous novel. When her 12-year-old daughter falls under a demonic spell, actress Chris MacNeil summons a pair of Jesuit priests to take care of the situation. However, as the priests commence the ritual, they realize the overpowering impact of the evil.

Most of the story unfolds in the DC neighborhood of Georgetown, while the early scenes transport us to a far-flung archaeological site to contextualize the myth of Pazuzu. If you are wondering where the movie was filmed, let us give you a detailed tour!

‘The Exorcist’ was filmed in locations in and around the US and Iraq, especially in Washington DC. Principal photography commenced on August 14, 1972, and was wrapped up by June 1973. Let us now take you to the classic movie’s specific filming locations!

The story takes place almost exclusively in Washington, DC, and consequentially, most of the filming also took place in the capital state. A property located at 3600 Prospect Street, in the historic neighborhood of Georgetown, in the southwestern part of the state, stood in for the exterior of the MacNeil residence. The team put up a false wing to make the windows of Regan’s room appear close to the stairs. 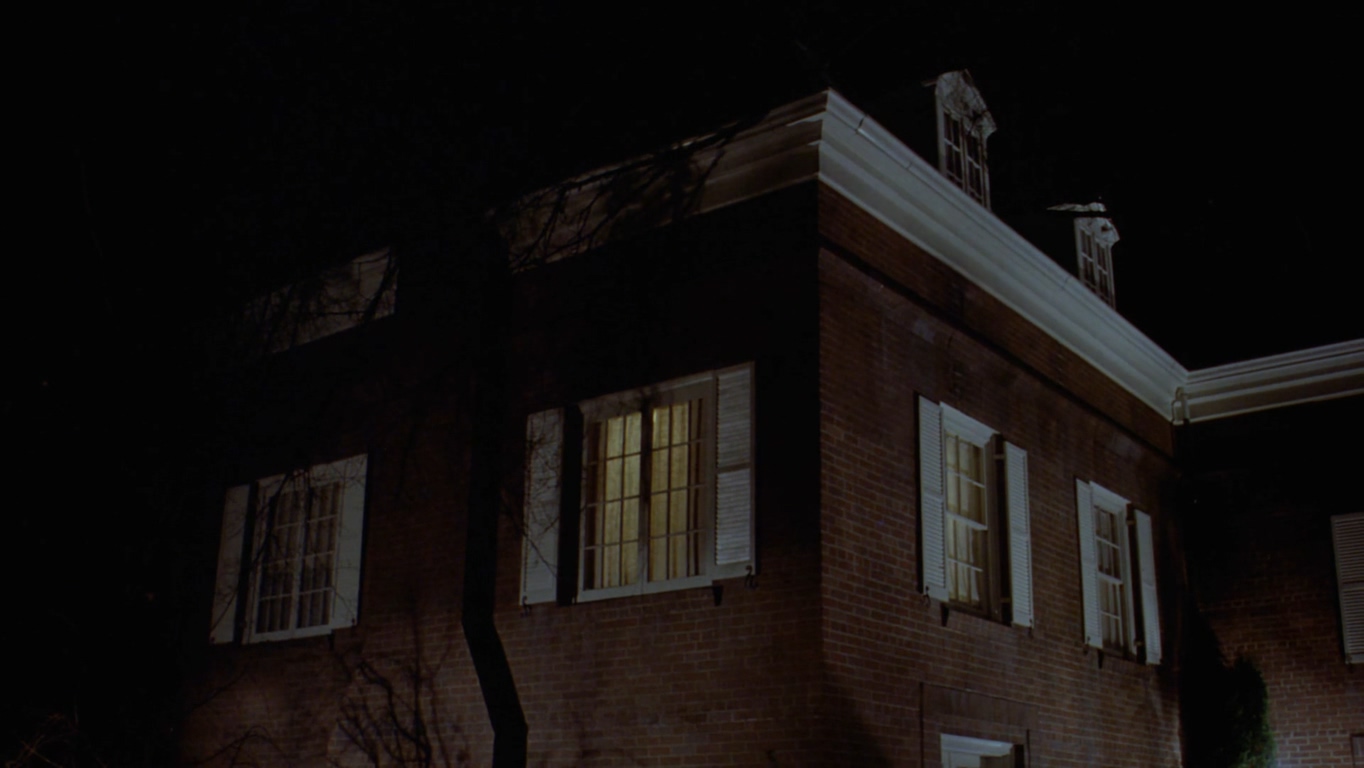 For the sequence where Chris investigates the noise in the attic, they installed a mansard roof on top of the house. The famous “Exorcist steps” were actually called Hitchcock Steps. You can find the concrete stairs descending from the corner of 36th & Prospect Streets. Following the film, the location has gained cult significance among fans. Burstyn’s first scene was filmed outside the Healy Hall, a historic venue within the premises of Georgetown University. 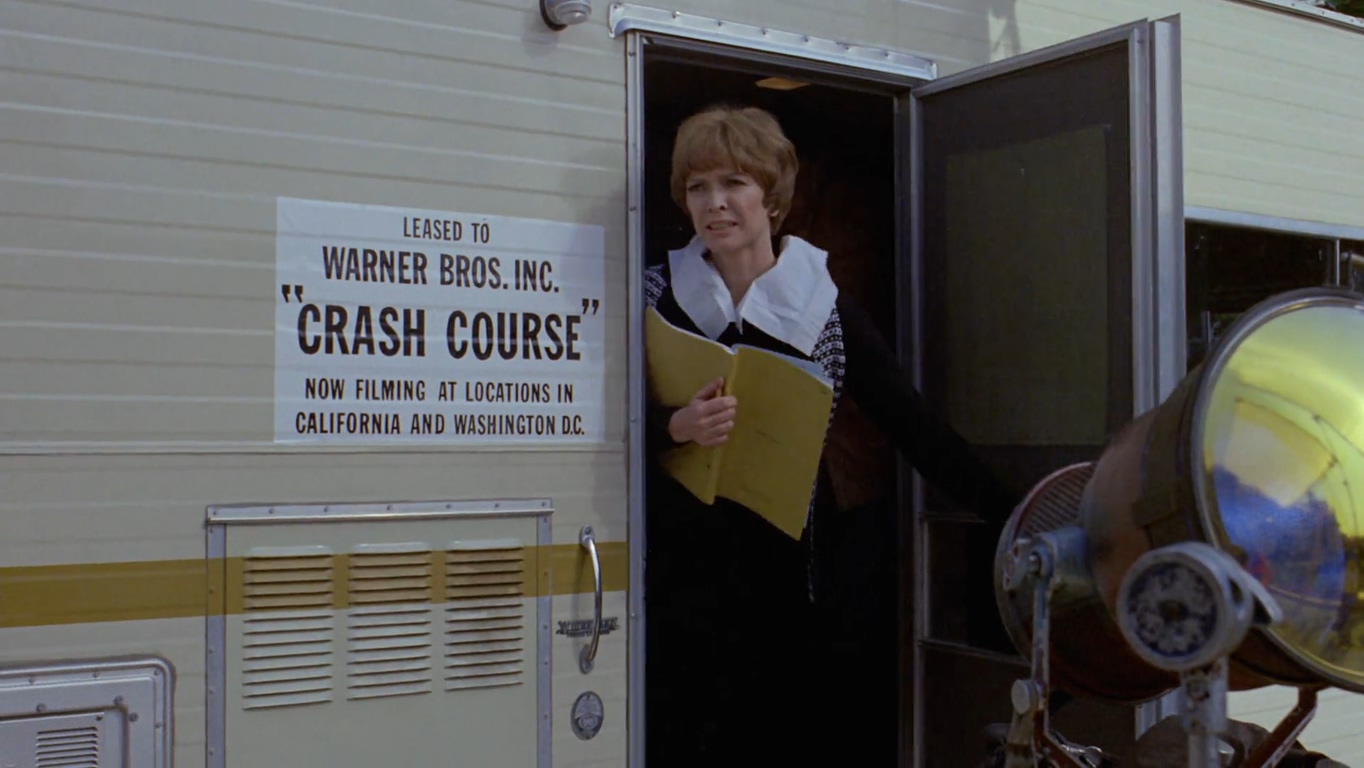 The desecration sequence occurred at the Dahlgren Chapel, part of the same university. The Archbishop’s office was the office of the university’s president. Moreover, the interior of Father Karras’ room was a meticulous recreation of Theology professor Father Thomas M. King, S.J.’s abode in New North Hall. The bar scenes were captured at The Tombs, a student hangout venue located at 1226 36th Street Northwest, outside the university campus. 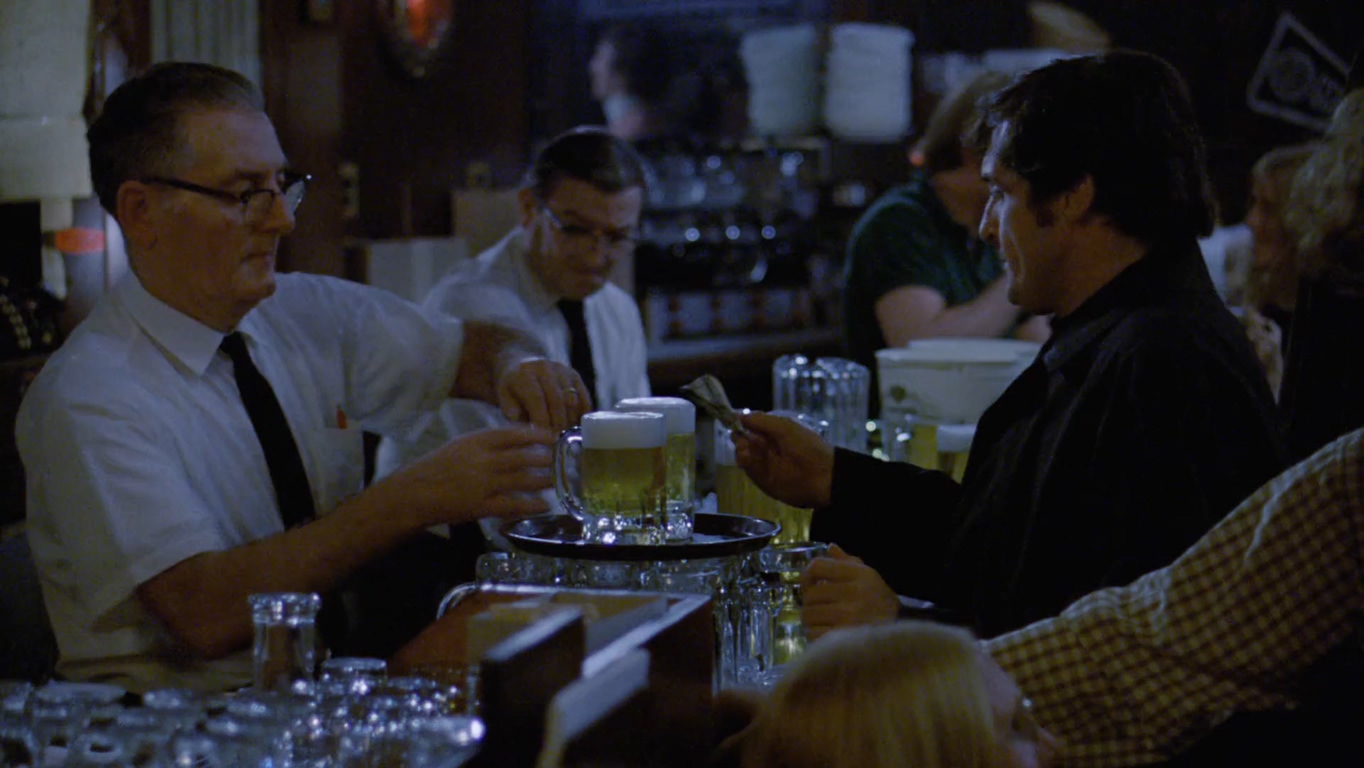 A considerable chunk of filming was carried out on various interior locations in and around the Big Apple. The hospital scenes were captured at Bellevue Hospital. Located at 462 First Avenue in the Kips Bay neighborhood of Manhattan, it is the oldest public hospital in the US. The MacNeil residence interior sequences were filmed in the CECO Studios. A temporary studio facility located at West 54th Street in Manhattan, the venue is no longer there. 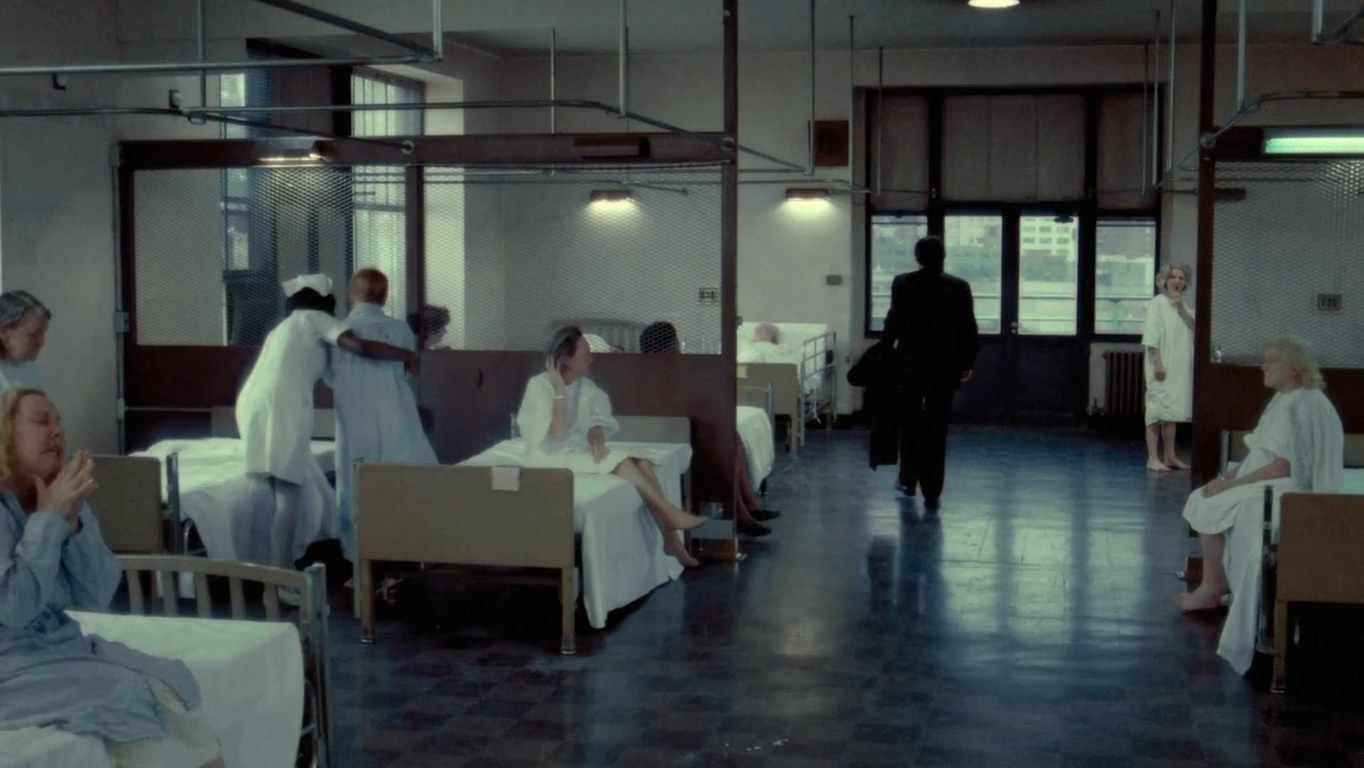 The team resorted to chilling the bedroom sets to capture the authenticity of the actors’ icy breaths in scenes of exorcism. In one memorable scene, Father Karras listens to the tapes of Regan’s recordings. The filming of the scene, along with some others, took place in the basement of Keating Hall, within the premises of Fordham University, a premier university situated at 441 East Fordham Road, in the Rose Hill neighborhood of NYC. 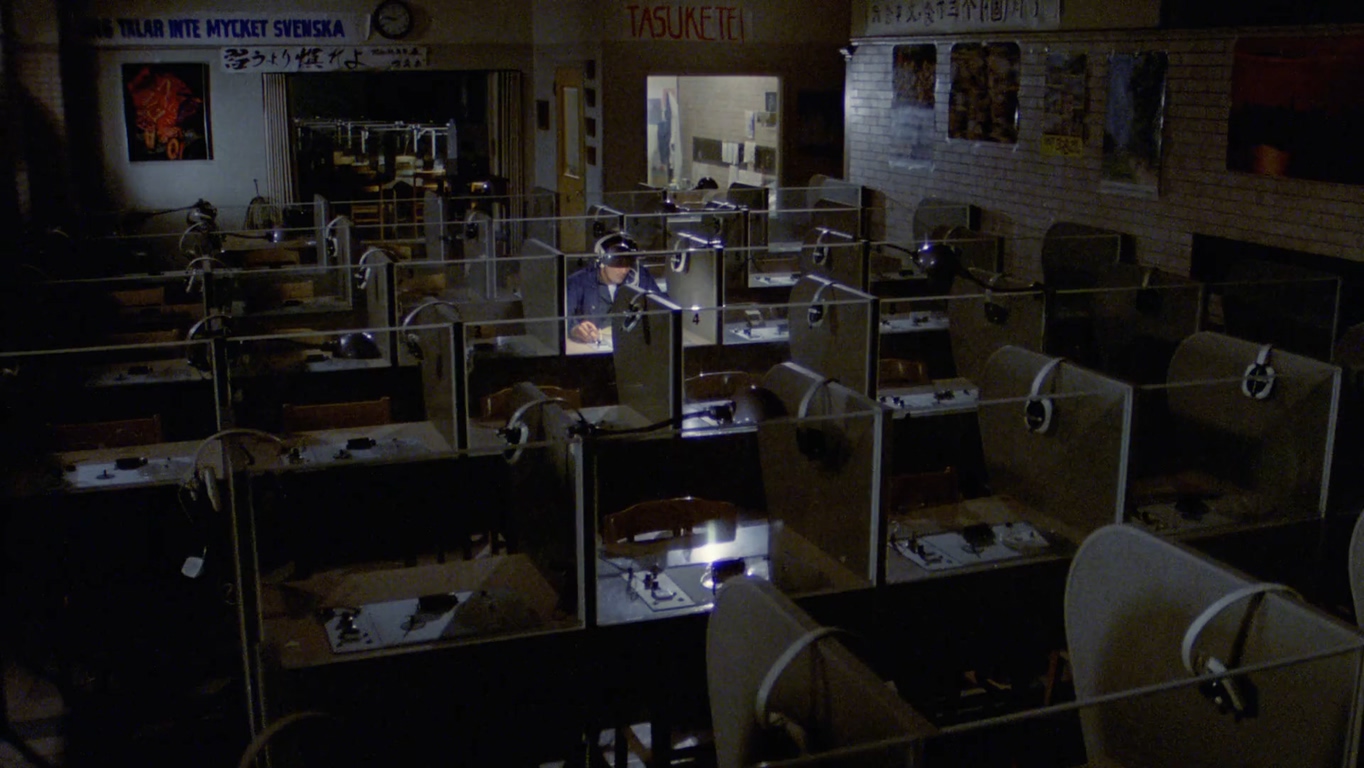 The interior sequences of the psychiatric ward were captured at Goldwater Memorial Hospital, part of Coler Specialty Hospital. Once located at One Main Street on the south end of Roosevelt Island, the chronic care facility is now permanently closed. Additional scenes were filmed at New York University Medical Center (presently NYU Langone Health), at 550 First Avenue, in Manhattan and the neighborhood of Hell’s Kitchen.

The production team also filmed scenes in a central studio location in Burbank. Warner Brothers Burbank Studios is a vast movie production hub located at 4000 Warner Boulevard in Burbank, 12 miles northwest of Downtown LA. Several international standard productions such as ‘Blade Runner‘ to ‘Dunkirk‘ were filmed in the city. 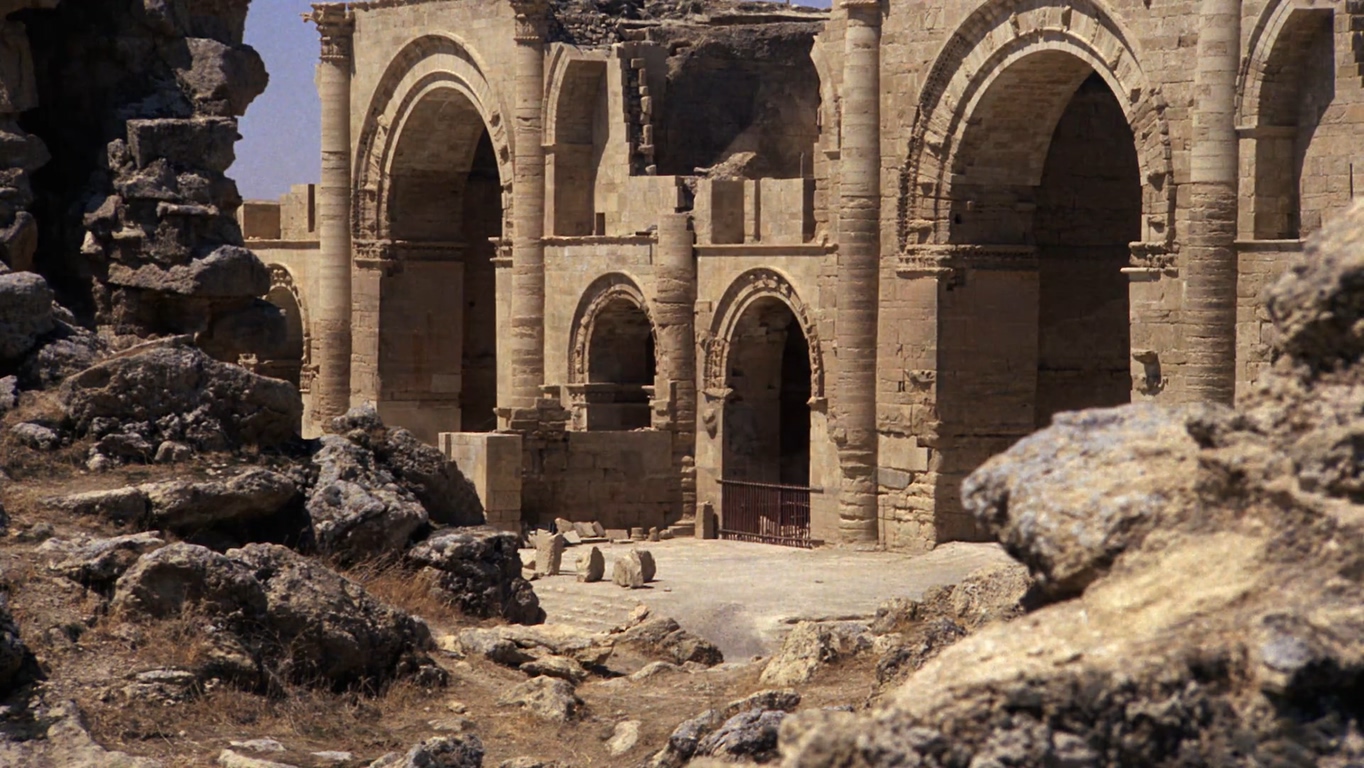 The opening sequence was indeed filmed in an excavation site near the Iraqi city of Mosul. The archaeological site showcased in the movie’s early scenes is the ancient Mesopotamian city of Hatra, located south of Mosul. When the cast and crew were filming in the region, the temperature at daytime rose to 54 °C, forcing them to limit the production to early mornings and late evenings.

Read More: Is The Exorcist The Best Horror Movie Ever Made?