Where Was The Expanse Filmed? 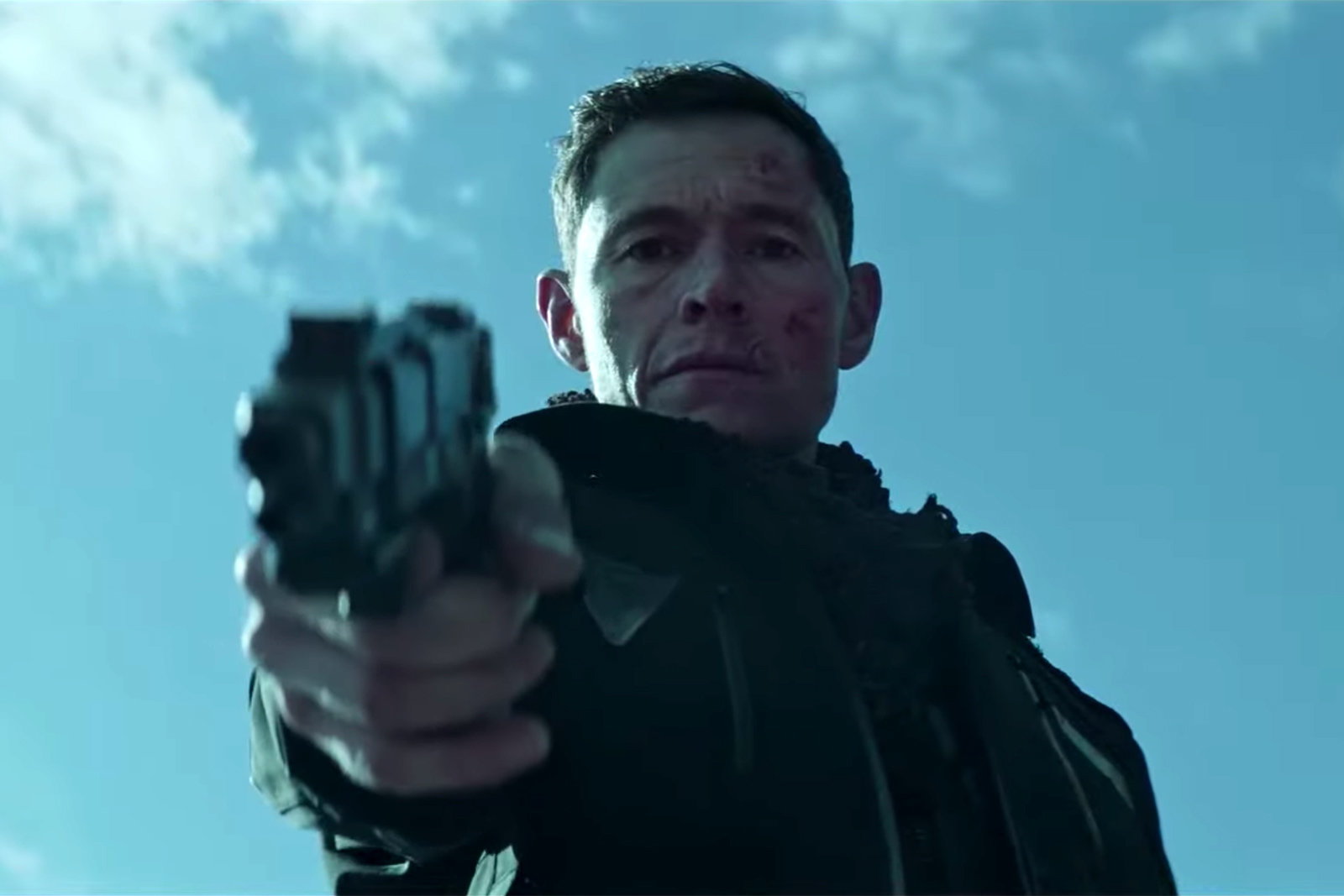 ‘The Expanse‘ is one of the most visually rich science fiction shows out there. The premise follows a group of anti-heroes who unwittingly insert themselves amidst a conspiracy, which threatens the Cold War-like peace that exists, not to mention the class balance and very survival of humanity. Since the show is set in the future, we see how mankind has colonized the entire Solar System.

With Earth and Mars almost on the verge of war at all times, you can understand that a lot of focus shifts between the two places. Now, with the new season, the show has found a home with Amazon Prime, instead of SyFy where it first aired. In fact, there is another season all lined up for release as well. The new season sees the horizons of space exploration expand, as a new planet, Ilus, is thrown into the mix.

With so many planets and space travel, the show is a visual delight. Of course, you know that we are still some time away from actually shooting in space. Thus, you might be wondering about the locations that stand-in for the other planets. We are here to tell you that, as well as tell you about the locations shown on the show’s version of a futuristic earth, and the real-life counterparts.

All the seasons of ‘The Expanse’ have been filmed in Toronto and Oshawa in Ontario, Canada. In fact, the latest season has used pretty much the same filming locations as the past seasons, while adding some new sites to depict different places as the space adventure has grown. Naturally, with a series like this, green screens and CGI are a must, therefore the Pinewood Studios in Port Lands, Toronto, has been used to film quite a few scenes in ‘The Expanse’.

Before we go into the specifics of the filming locations, it would be best to explain the methodology of how we plan to go about it. Location-wise, we have the studio and Toronto, for the most part. However, the real-life sites are cleverly inserted into scenes in outer space, with the help of some clever editing.

Since the latest season added a brand new planet, that is, Ilus, we break up the filming locations into three dominant planets – namely, Earth, Mars, and Ilus. Apart from telling you the real-life locations that stand in for the scenes unfolding in these planets, we will also attempt to locate if there are any other locations in outer space for which real-life spots have been used. Now, we come to the specifics of the filming locations.

All eyes are turned to this planet as it is the hotbed of a lot of action in the new season. Known as New Terra, the planet’s discovery has threatened a situation akin to a blood-soaked gold rush. However, where exactly is Ilus in real-life? The showrunner, Naren Shankar, has commented on what it was actually like on set while filming the scenes for Ilus. The crew decided to film in an active quarry near Toronto. In effect, the location is just an hour and a half away from the city. However, being active, the crew could take drone shots of the place and the adjectives used to describe it include haunting, weird, alien, and otherworldly. Clearly, it is perfect to show a new planet outside the Sol System.

Shankar has asserted that the vistas shot have not gone through visual effects cleanup or editing. The scenes we see have actually been shot on-site at the quarry and the entire experience is delightfully impactful and looks realistic thanks to the natural lighting, or lack thereof. However, there have been some comments about the shooting site being a little inhospitable due to the cold, but that is the price for art the crew and cast members were willing to pay. 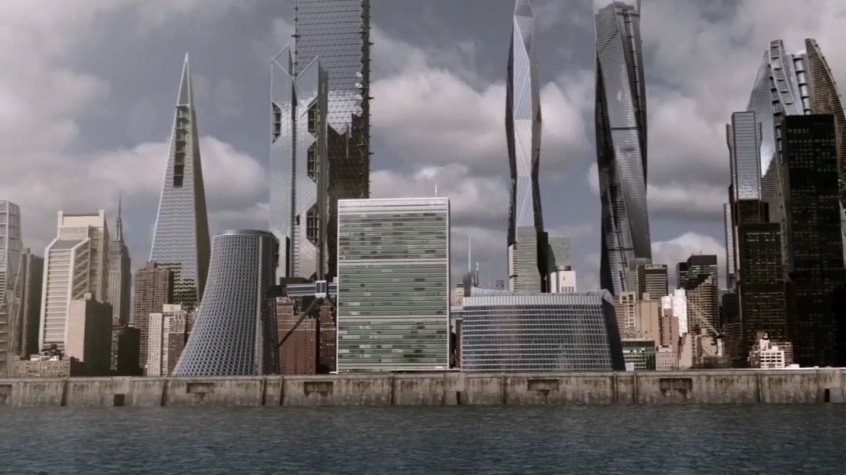 This brings us to earth, which has the highest number of significant spots in the universe of ‘The Expanse’. Among the real-life locations standing in for them is Experience Estates at Caledon East, which serves as Avasarala’s House and is seen right at the start of the show. The UN serves an important role in the show, since they deal with delegations from Mars, representing earth’s interests. The buildings we see here include the U.N. HQ Annex, which is actually the Roy Thomson Hall at 60 Simcoe Street, the U.N. HQ Offices, which is actually Corus Quay at 25 Dockside Drive, and the U.N. Building, which happens to be the Toronto City Hall at 100 Queen St W.

The Martians have their buildings here as well, and the M.C.R. Embassy, which has been depicted, is actually the Science Wing of the University of Toronto Scarborough. Similarly, a part of the embassy is depicted by the Humanities Wing in the same university. 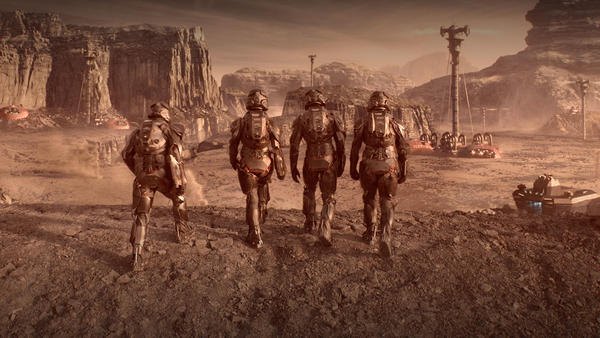 Right from the start, fans were excited to see Mars, which finally came in an earlier season. Bob Munroe, the effects supervisor, spoke about how it was done. He said, “The scene was actually filmed on a gravel parking lot next to our sound stages, bordered by a 20-foot high gravel mound on the south side”. Thus, the shooting took place on the studio lot, specifically Pinewood Studios, after which, inflatable green screens were used to depict the Martian landscape.

Scenes on Mars continue to be filmed in the same way, as and when needed for the show. 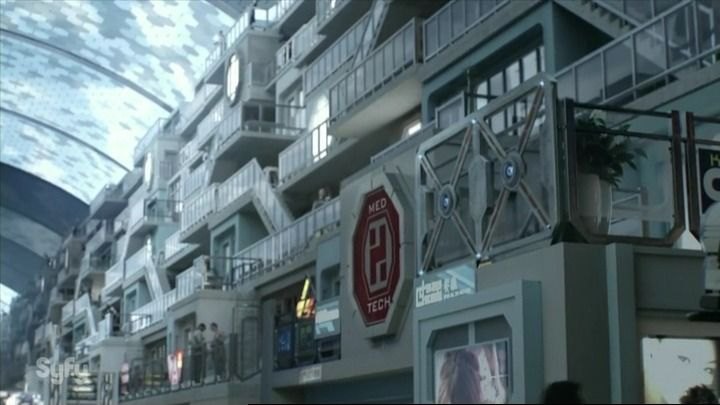 Ceres, an asteroid, has an establishment where Miller gets into an altercation while drinking with Havelock. It is called the Distinguished Hyacinth Lounge. The actual place where the scenes have been shot, is KintonRamen at 402 Queen St W, Toronto.

The Tycho Station, which is the largest mobile construction platform in the Sol System, happens to be one of the safest places since any attack here will have both people from Earth and Mars, baying for blood. There are some places of interest here, including the Tycho Station Nightclub and Tycho Station Bar. In reality, the former Guvernment Entertainment Complex at 130 Queens Quay E, stood for these establishments. As of 2015, the real-life location has been demolished.

As it is evident, ‘The Expanse’ has set up several important places over the seasons while continuously adding new ones, which are visually stunning, and critical plot-wise as well. We expect a lot of the story to center around these places, as narratives and action unravel, both in the new season, and the upcoming one.