Here Are All The Locations Where The New Pope Was Shot 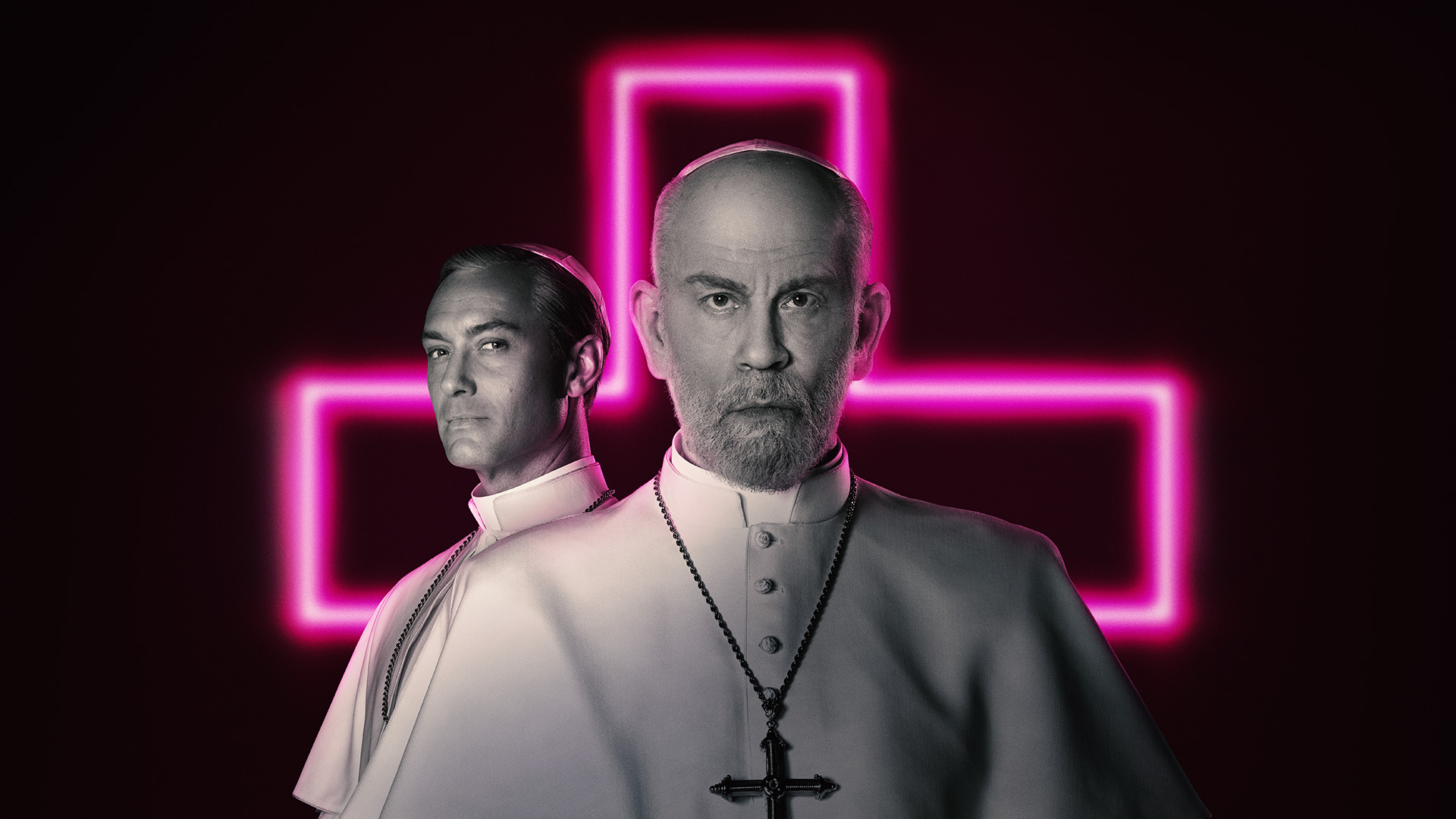 Paolo Sorrentino’s ‘The Young Pope‘ is no doubt one of the most bizarre shows to have graced our televisions in the past years. And it is a blessing. A surreal, compelling, perplexing one, but a blessing nonetheless. The series is about so much more than religion, and proves to be a satire on power, among several other things. It is overall a wild ride, strange but thrilling, and of course, hilarious. The series ends with a cliffhanger, with our Pope Pius suffering from a heart attack, leaving us hungry for answers. Enter, ‘The New Pope‘, the follow-up to our surreal dramedy.

‘The New Pope’ follows the footsteps of its predecessor with a nine month leap and our pope in coma. But it takes things to the next level. What Sorrentino ends up creating is stylish, outrageous, and seductive – an audacious mess, but a delightful one at that. Sorrentino’s ‘The New Pope’, just like the last one, is a visual masterpiece, with its immaculate sets and brilliant production design. It transports you right into the Vatican which is a herculean feat for a television series with its relatively limited resources and budget. But Sorrentino goes all out, creating a visual marvel that is a thrilling treat. Read on to learn more about where ‘The New Pope’ was filmed. 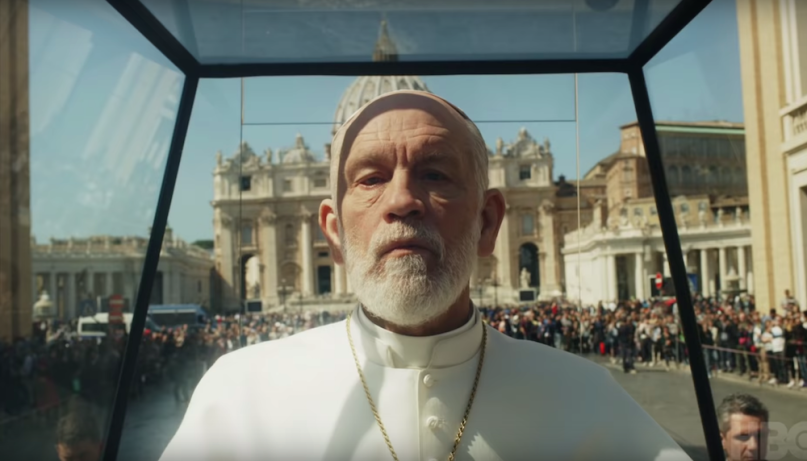 Vatican is very particular about not having film and television shoots within its premises. This makes filming a show like ‘The New Pope’ incredibly challenging. But Sorrentino manages to create something so detailed and immaculate that it will make you think twice about Vatican’s rules.

He achieves this with his collaboration with production designers Ludovica Ferrario and Eugenia F. Di Napoli, along with of course, Luca Bigazzi’s cinematography. The team achieves to create something so marvelous, and it is no wonder that it is one of Italy’s most expensive TV production ever. The filming of ‘The New Pope’ primarily took place in Italy, both in studios and on location.

The filming in Rome began in November 2018, and primarily took place in the city’s famous Cinecitta Studios along with certain scenes that were shot on location in the Vatican City.

Cinecitta Studios was particularly used to recreate the Vatican City which was inaccessible to the cast and crew otherwise. Production designer Ludovica Ferrario and her team painstakingly built parts of the Vatican from the scratch. The biggest challenge was the Sistine Chapel of which they built a full-scale replica. It measured around 581,251 square feet, and required 25 painters and 40 builders.

In March 2019, the team filmed certain exterior scenes on location in Vatican City. The scenes feature John Malkovich who completely transformed himself to like the supreme pontiff, dressed in white robes and other papal insignia. He rode in a black “popemobile”, blessed the crowd, and even held a baby up like Simba!

Malkovich was surrounded by hundred of extras holding yellow roses – making reference to the Golden Rose, a golden ornament blessed on the fourth Sunday of Lent. The shoot took place in St. Peter’s Square, the large plaza located directing in front of St. Peter’s Basilica.

Along with Rome, ‘The New Pope’ was also filmed at Abruzzo, a region in Southern Italy. The region is known for having one of Europe’s largest natural parks, with mountains and native bears, as well as sandy beaches. What Abruzzo is also known for is some of the most beautiful hermitages in Italy. This is precisely why Sorrentino and his team filmed here. The filming took place in Hermitage of Santo Spirito a Majella, located in the town of Roccamorice in the province of Pescara. 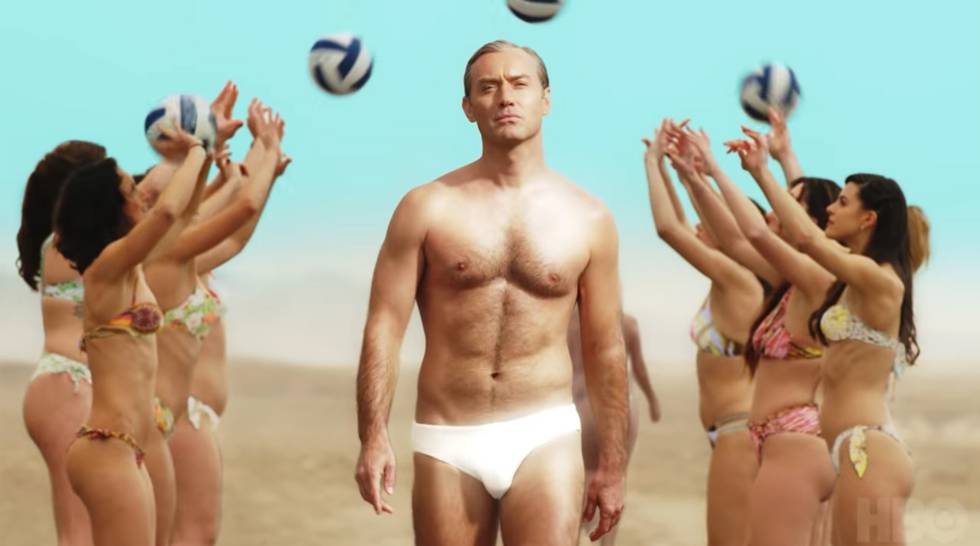 No one will forget (or ever get over) the time when Jude Law blessed the internet while filming for ‘The New Pope’ in his sparkling white speedos. The filming of this beach scene actually took place in Venice, particularly in Lido Beach. The team also filmed scenes in the canals of Venice.

The scenes featuring a great papal procession were shot in the Grand Canal. In one of the scenes, Malkovich, dressed in white papal robe, was pictured standing on a boat cruising the Grand Canal. Other areas in Venice where the filming took place include the area of the Civil Hospital, between Rio dei Mendicanti and Campo San Giovanni e Paolo.

Apart from Italy, filming also took place in a small part of the U.K. The scenes exploring the backstory of Malkovich’s character before becomes the Pope were filmed here. The filming took place in Woburn Abbey in Bedfordshire. Here, Malkovich’s John is shown as an English aristocrat, haunted by his past and his family.

There is no denying that ‘The New Pope’ is an ambitious endeavor. Yet, it successfully achieves what it sets out to, both visually and aesthetically, as well as thematically. The series offers an intriguing perspective into the institution of religion and those who rule it. What makes the show such a fascinating watch is its characters and their humanity, or lack thereof. It manages to treat its priests like they are regular people – gloriously flawed, with stark differences in their personalities and beliefs.

Read More: Where Was The Two Popes Filmed?