Where Was The Peanut Butter Falcon Filmed? 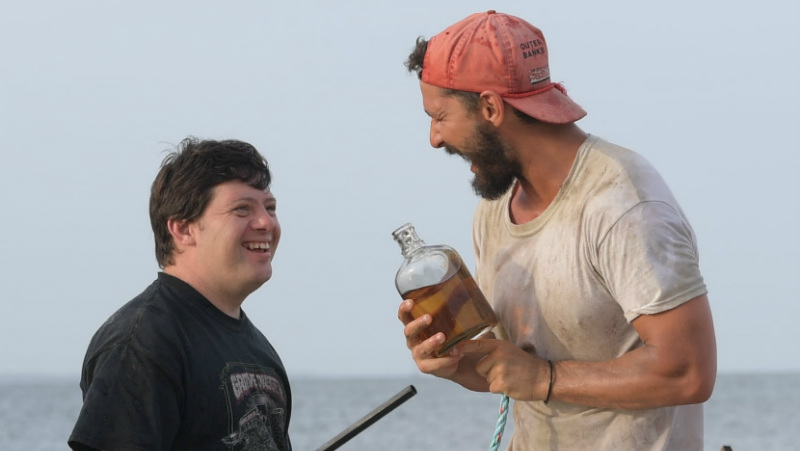 With the advent of streaming platforms and comic book movies at the same rate, it must be said that the dynamics of the entertainment industry have now changed forever. The over-arching narratives of comic book movies and their off-the-charts entertainment quotients have almost created a monopoly of such films when it comes to the theaters. Whereas, independent films are now mostly being released on streaming platforms.

The release of ‘The Peanut Butter Falcon’ naturally has given birth to a new excitement among film fans and purists who care for the art form. Directed and written by Tyler Nilson and Michael Schwartz, ‘The Peanut Butter Falcon’ is a brilliant comedy-drama which boasts of some brilliant writing, strong performances, and an engaging storyline. The brilliant cast of the film, comprising of Shia LaBeouf, Zack Gottsagen, Dakota Johnson, John Hawkes, Bruce Dern, Jon Bernthal and Thomas Haden Church naturally created an added interest in the film.

The film is centered on the story of a young 22-year-old boy called Zack. He is suffering from Down syndrome and is thus admitted to a retirement home when we see him for the first time. Zack is extremely interested in professional wrestling, and dearly wants to pursue a similar career. This desire makes him escape from the facility in order to go out and train. While on the run, Zack comes across a man called Tyler (Shia LaBeouf) who is a fisherman running from the law. The two of them form a great bond and set out on a journey together. They come across a woman called Eleanor (Dakota Johnson) who turns out to Zack’s caretaker. When she comes to know of what Zack has done in order to escape, she tries to convince Zack to go back to the facility with her. Instead, Zack and Tyler convince Eleanor to join their journey, and the three of them head out into the world.

‘The Peanut Butter Falcon’ has been produced on a modest budget of $6.2 million, and thus it goes without saying that the crew could not travel far and wide in order to shoot the film. But if you are really interested in knowing where exactly this movie was filmed, we are here to answer all your questions.

Most of the principal shooting for the film was done in Outer Banks, North Carolina. When the film begins, we see Zack lying at a retirement home which is located somewhere in the state. However, he does not remain confined to the area and soon escapes. Zack comes across Tyler in the North Carolina Outer Banks and the two of them then begin their journey from there.

Owing to the fact that the two of them hardly go to any city or town and just stick to the shoreline, we cannot tell you the exact locations where much of the film was shot. But the fact that they sail the Outer Banks of North Carolina has been made pretty evident in the film. The filmmaker duo have themselves grown up in this area and thus were able to film some quirky scenes surrounding our leading characters and fishermen. Regarding growing up in the area, co-director Tyler Nilson says, “It wasn’t a culture of marketing agents and businessmen. It was pirates and fishermen. There were characters. And that’s who I gravitated toward. I got a job on a crab boat when I was younger, and I always found myself working in places where people had really good stories to tell.”

Georgia is the place where the principal shooting of the film began in the first place. Considering the fact that actors like John Hawkes, Jon Bernthal, Thomas Haden Church had all shot in Georgia, we can be sure that the climax of the film was shot here. It must be noted that there are interesting tax incentives that producers receive if they shoot in Georgia, and thus this was a location which also ended up helping the film financially.

Florida is a location often mentioned in the film as the place where Tyler wants to finally go. However, it is only at the very end of the film that we get to see the characters driving towards the state.

To sum it up, ‘The Peanut Butter Falcon’ was filmed mostly in the Outer Banks of North Carolina and in some parts of Georgia. If you wish to check out the film, here are the options where you can see the film.