Where Was The Royal Treatment Filmed? 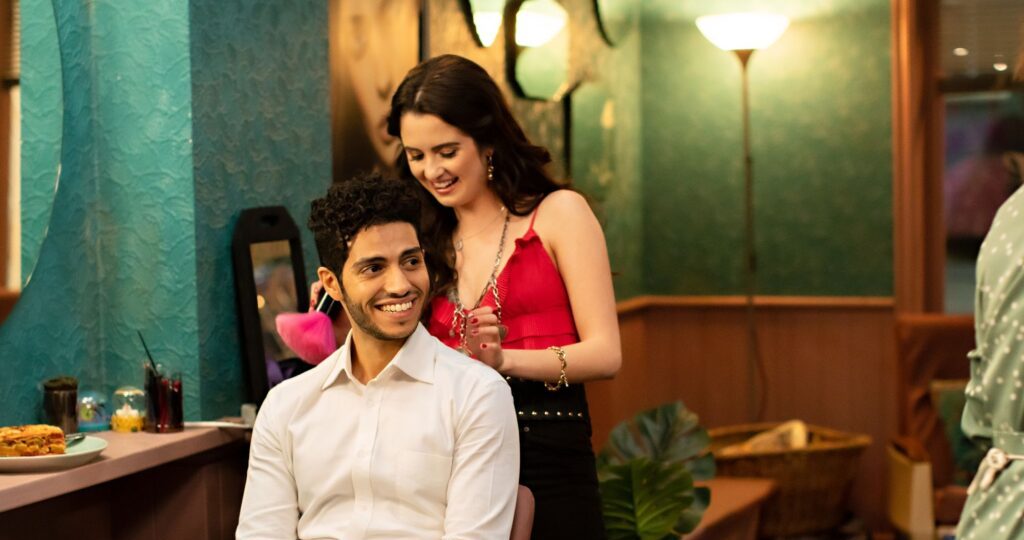 Directed by Rick Jacobson, ‘The Royal Treatment’ is a romantic film that revolves around Isabelle AKA Izzy, a hairdresser from New York. When she, along with a few of her friends and co-workers, are offered the opportunity to work at the royal wedding of Prince Thomas of Lavania, they are more than excited. But things take a surprising turn when sparks fly between Izzy and Prince Thomas, who is supposedly marrying for duty and not love. As the two get to know each other better, it becomes clear that they must take control of their destiny if they truly want to be happy.

Set against the backdrop of bustling New York and a gorgeous castle surrounded by natural beauty, the visuals in the movie make the romance all the more dreamy. Thus, we got curious to learn where this Netflix production was shot. Well, you might find it interesting to learn what we have found!

The storyline mainly unfolds in the fictional nation of Lavania, which is home to Prince Thomas and his family. Parts of it also feature New York City, where Izzy hails from. According to sources, principal photography began in late February 2021 and wrapped up in May of the same year. Now let us take you through all the locations that helped bring ‘The Royal Treatment’ to life!

‘The Royal Treatment’ was filmed in the city of Dunedin in the Otago region of New Zealand. Since the royal castle is where most of the events in the film take place, Larnach Castle serves as a primary production site. Designed by architect Robert Arthur Lawson, it was built by entrepreneur and politician William Larnach. The Gothic Revival marvel is popular among tourists. Moreover, the mock castle gardens earned the title of “Garden of International Significance.” Thus, it comes as no surprise that the crew of this film took advantage of the beautiful green expanse surrounding the main structure.

However, the interiors of the royal castle were actually lensed at Olveston Historic Home. The Jacobean-style property is located at 42 Royal Terrace, North Dunedin. Initially built as a residence for businessman and philanthropist David Theomin and his family, the house opened to the public as a historic house museum in 1967.

Furthermore, we see Oamaru’s Victorian Precinct on Harbour Street, South Hill, in the sequences depicting a street party. Several scenes were filmed in different areas of Dunedin, including Vogel Street (between Police Street and Queens Gardens) and Princes Street (from Jetty to Rattray Streets). Vogel Street was designed to stand in for New York City. As per reports, a few scenes may have been filmed on Harbour and Tyne Streets as well.

While the production team tried to ensure that local businesses were not affected, some business owners at Harbour and Tyne Streets did have some concerns. However, the production reportedly employed a number of people from the city of Dunedin, including 30 actors, 100 extras, and a considerable number of crew members. Some of the well-known films shot in the city are ‘X-Men Origins: Wolverine,’ ‘Sylvia,’ and ‘ Black Christmas.’