Where Was The Searchers Filmed? 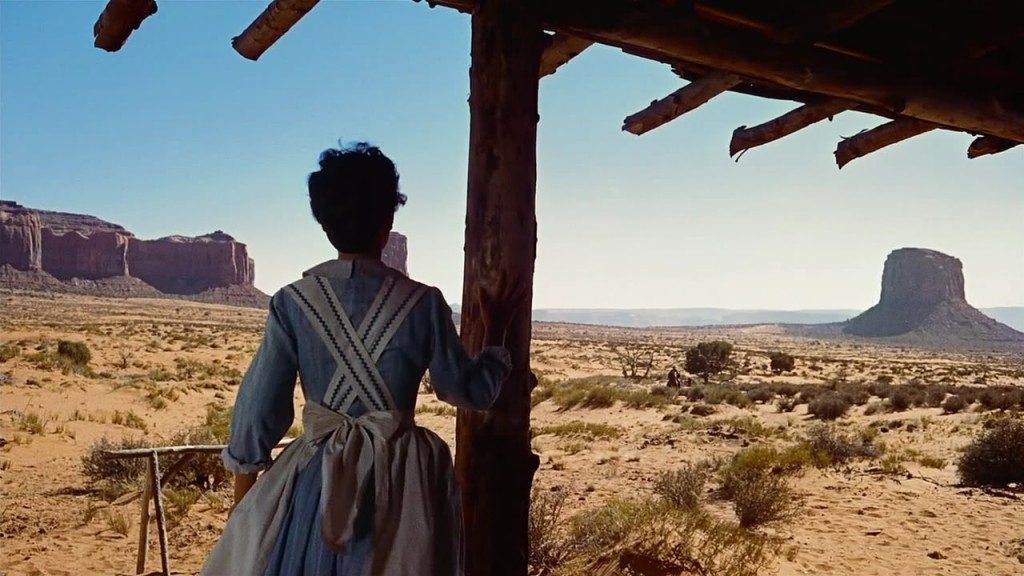 ‘The Searchers’ is director John Ford’s classic Western where a battle-hardened ex-Confederate soldier by the name of Ethan Edwards must find his niece in the aftermath of a gang of Comanche slaughtering her family and abducting her. Since its release, the 1956 movie has often been ranked high in lists of the greatest Westerns ever made and considered “the greatest ever made” by many.

Based on the eponymous 1954 novel by Alan Le May, the epic Western remains engrained in the minds of the viewers for the compelling performances, masterful camerawork, taut writing, and the spectacular vistas it showcases. In the film, Ford captures the West in all its stark beauty and the rugged scenery gives an idea of the toughness required to survive in the Wild West. So, you might be curious about where the movie was filmed. Let’s find out!

The major portion of ‘The Searchers’ is set in Texas but the filming of the movie was primarily done in Monument Valley, which spans the breadth of two states — Arizona and Utah. Additional locations include some places in Utah, Colorado, and Montana, as well as closer to Hollywood in California. A portion of the filming also took place in Canada. Here are the details of the specific filming sites!

Located on the border of the two states, Monument Valley was a favorite of Ford, who shot a number of his Westerns in the area. The major part of the movie was shot here, the valley’s vast landscape and peaks jutting out in various places providing the stunning backdrop to the story. So associated is the place with Ford that there is even a John Ford Point in the valley and it is featured in the movie — the place where the Comanche group set up their camp. 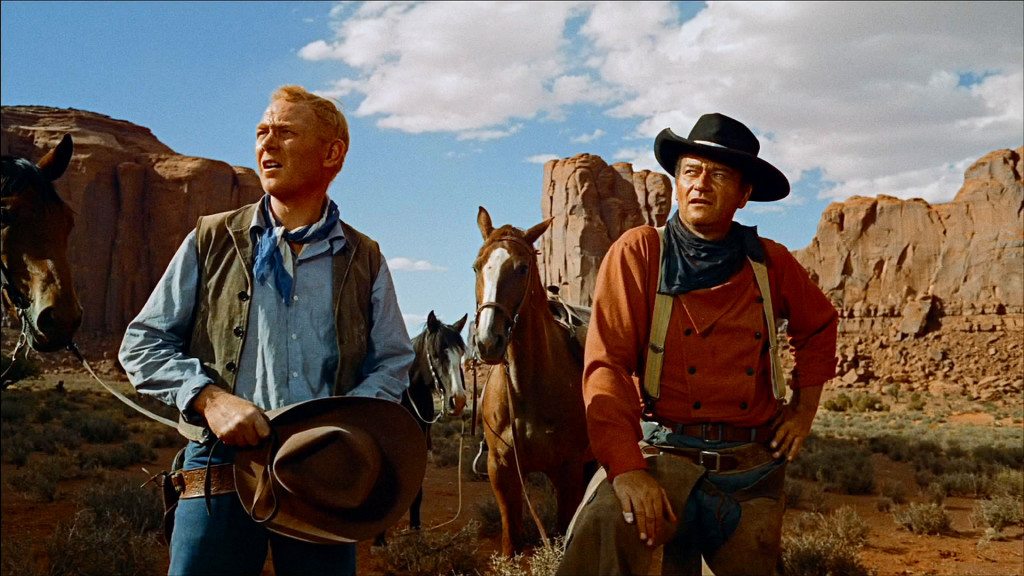 Monument Valley is also where the house of Ethan’s brother Aaron is located. It is also where the opening and closing shots of the movie take place, both mirroring each other as Ethan arrives on and departs from the screen all alone as his lone figure is contrasted with the miles of desert stretching in front of him. The place by which Ethan finally catches up with Scar, the leader of the Comanche group, is also in the region, with the confrontation filmed at the Twelve Dancers, a formation of columns in the valley.

Other Locations in Arizona

Apart from Monument Valley, the production team also shot several sequences in places across Arizona. The town of Kayenta near the northern edge of Arizona in Navajo County also served as a filming site for the movie. A portion of the filming also took place in the census-designated place of Teec Nos Pos and Red Mesa as well as the unincorporated community of Mexican Water, located in Apache County. 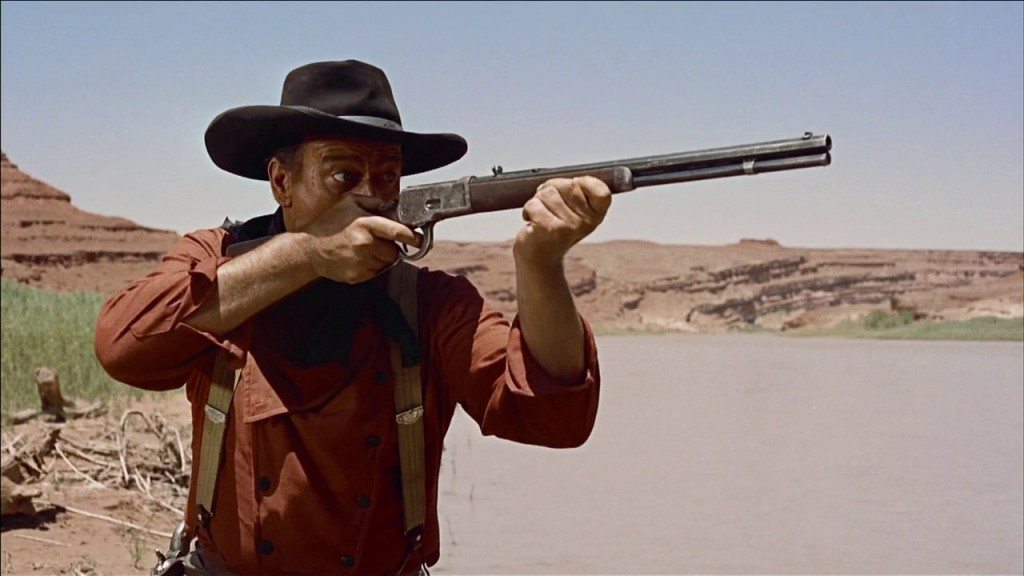 The San Juan River, upon which the scarcely populated area of Mexican Hat is situated, also served as a filming location. Mexican Hat is not too distant from Monument Valley. Thus, the San Juan River served as the shooting site for the river scene in the movie, where the posse fronted by Ethan is chased by the Native Americans. The scene where a shootout takes place between the two parties as the Native Americans try to cross the river was also shot in the region. Overlooking the San Juan River, the Goosenecks State Park at State Highway 316 also served as a shooting site for the film. 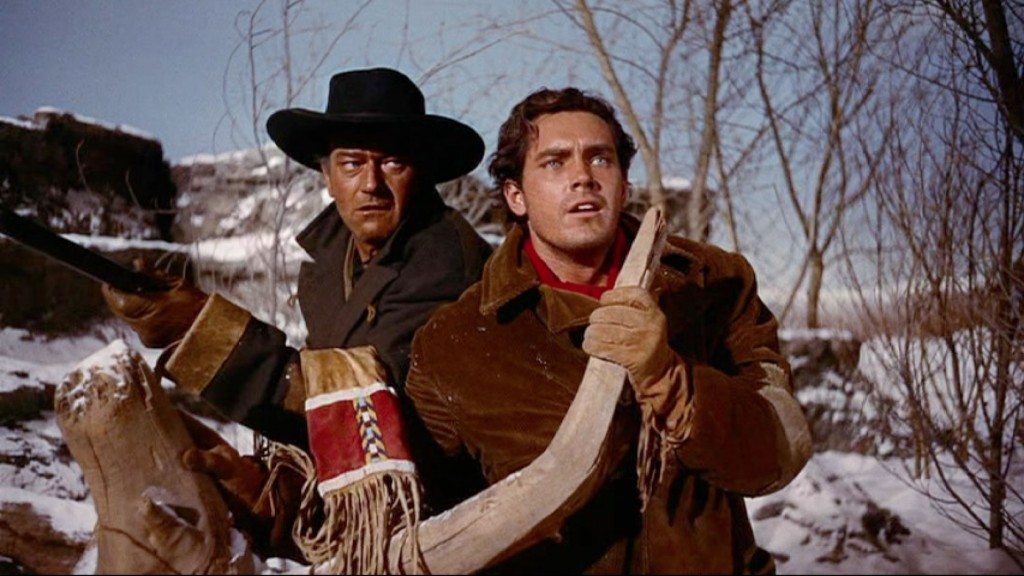 The coming of winter signals the point in the movie where Ethan and Martin, the adopted brother of his niece Debbie, have to halt their search for her. To capture the essence of winter arriving on the scene, filming was done in Aspen, Colorado, where the coming snow was captured to signal the end of the duo’s journey for the time-being. Filming in Colorado was not limited to Aspen as other parts of the state, such as Gunnison, also served for scenes involving snow as well as buffalo herds.

While the landscape of the West was primarily captured in Monument Valley, the sprawling city of Los Angeles in Southern California served as the filming location for a pivotal scene. The sequence near the end of the film, wherein Ethan finally ends his quest and takes possession of Debbie, was filmed in Griffith Park, which is located at 4730 Crystal Springs Drive in the greater Hollywood area. The scenes were particularly shot at the Bronson Canyon AKA Bronson Caves section of the park. Interestingly, the park contains the famous Hollywood sign.

The team also moved to The Culver Studios (formerly RKO-Pathé Studios) at 9336 Washington Boulevard to film several sequences of the western movie. The facility is considered one of the most treasured production complexes in the entertainment industry. A few scenes were also taped in the rural neighborhood of Agua Dulce, located northeast of Santa Clarita in the northwestern part of Los Angeles County.

For the purpose of filming several scenes of ‘The Searchers,’ the cast and crew also visited the western state of Montana. A portion of the shooting took place in the city of Cut Bank, which is part of Glacier County in northwestern Montana. Apart from the 1956 film, the city has also served as a filming location for ‘War Party’ and ‘Firefox.’ 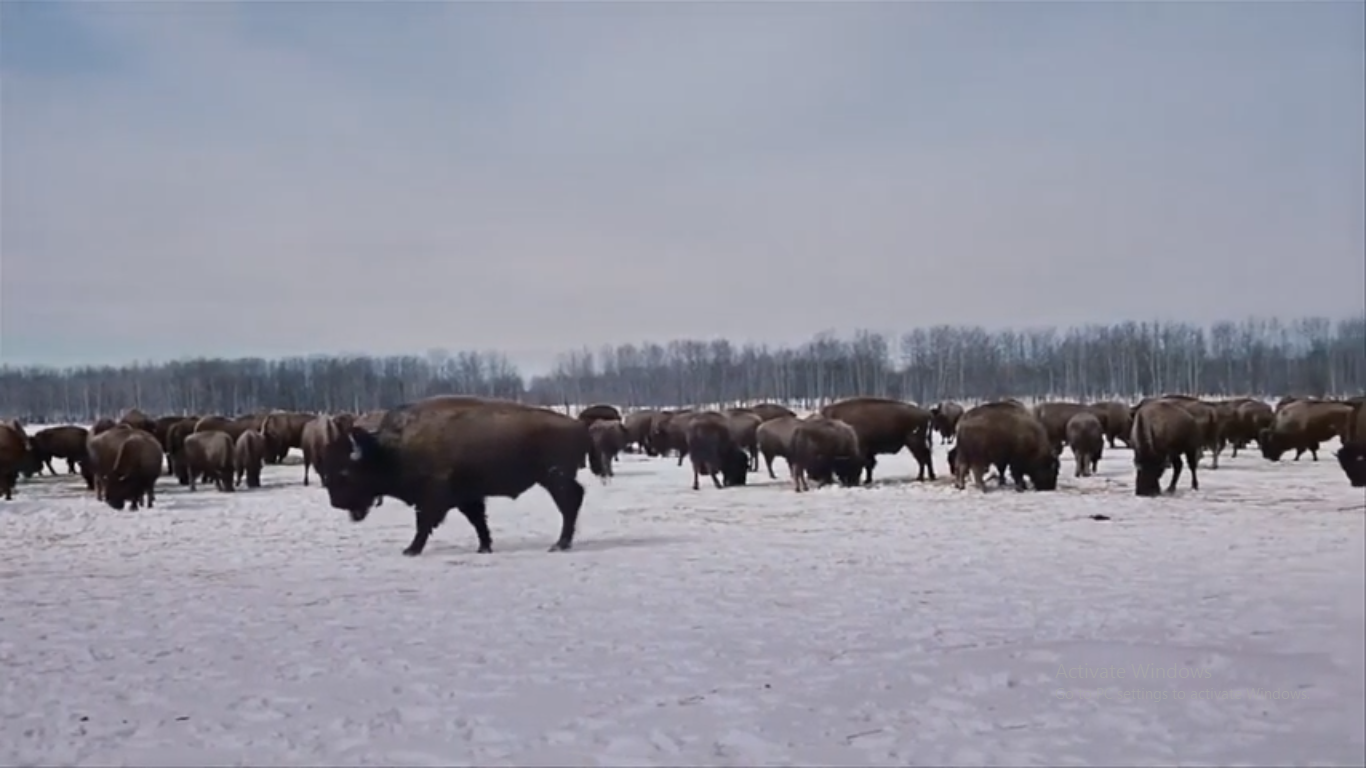 The production team also flew to Alberta in the Great White North to tape a few scenes of the film. Lying 35 km east of the province’s capital city of Edmonton, The Elk National Park provided the team with footage featuring multiple Bison. It is exactly located at 54401 Range Road 203 in Fort Saskatchewan, along the Yellowhead Highway. Dubbed “island of conservation,” the park played a significant role in the conservation of the Plains bison, which is a subspecies of the American bison.

Read More: The Searchers Review: One of the Greatest American Westerns Ever Made