Where Was The Talented Mr. Ripley Filmed?

Written and directed by Anthony Minghella and based on the eponymous novel by Patricia Highsmith, the 1999 psychological thriller movie ‘The Talented Mr. Ripley’ is a gripping portrayal of double identity, lies, and deception. As pianist Tom Ripley scuffles through the fabric of society, embodying a false persona to its limits, Herbert Greenleaf mistakes him for a Princeton graduate and appoints him to bring his son Dickie back from Italy.

Soon, Ripley starts a friendship with socialite Meredith Logue, and the story turns intriguing. Since its release, the movie has garnered praise for keeping the viewers tied to their seats from beginning to end. Most of ‘The Talented Mr. Ripley’ unfolds in Italy, from Venice to the fictional village of Mongibello, while rewarding us with breathtaking shots of the coast. However, you must wonder where the movie was filmed, and if the thought makes you impatient, let us investigate further.

‘The Talented Mr. Ripley’ was filmed in various locations in New York and Italy. Principal photography commenced on August 10, 1998, getting wrapped up by December 7, 1998. While John Seale (‘Mad Max: Fury Road,’ ‘The English Patient‘) handled the bulk of the cinematography, Roy Walker (art director of ‘Barry Lyndon’) took care of the production design. Let us now deliver you to the specific locations where the movie was taped.

Most of the movie was filmed in Italy, but the seaside village of Mongibello is fictional. The crew created the community conjoining a few proximal islands in the Italian province of Campania. The coastal resort town of Positano on the Amalfi Coast, near the port city of Salerno, stands in for a few segments. The crew also shot scenes on the Phlegraean Islands, an archipelago in the Gulf of Naples. 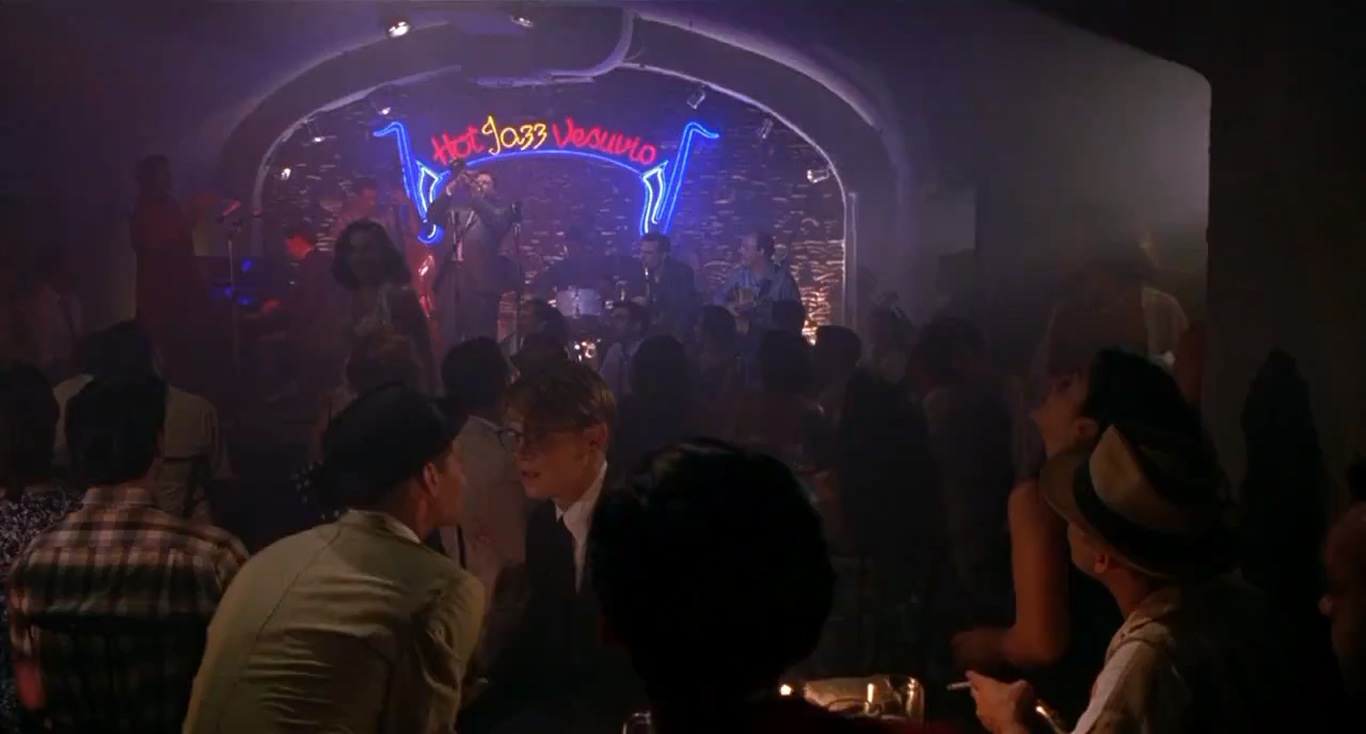 Especially, filming went underway on the Procida island, a comune of the Metropolitan City of Naples. Also featured in the film is the volcanic Ischia Island, part of the same archipelago. The fictional Caffe Latino where Tom and Dickie sing karaoke is supposed to be in Rome, but the scenes were actually lensed at Vesuvio Roof Bar & Restaurant, a restaurant and nightclub located at P.za Giuseppe Garibaldi, 9/10, in Naples.

A considerable portion of production occurred in the central Italian region of Lazio. The crew taped scenes in Rome, the historically profound capital city of Italy, and the beating heart of the ancient Roman Empire. The early scenes where Ripley and Freddy meet in Rome were recorded on location in the city. A particular sequence was lensed in Piazza Navona, a public open plaza built on the ancient Stadium of Domitian site that bustles with locals and tourists alike. 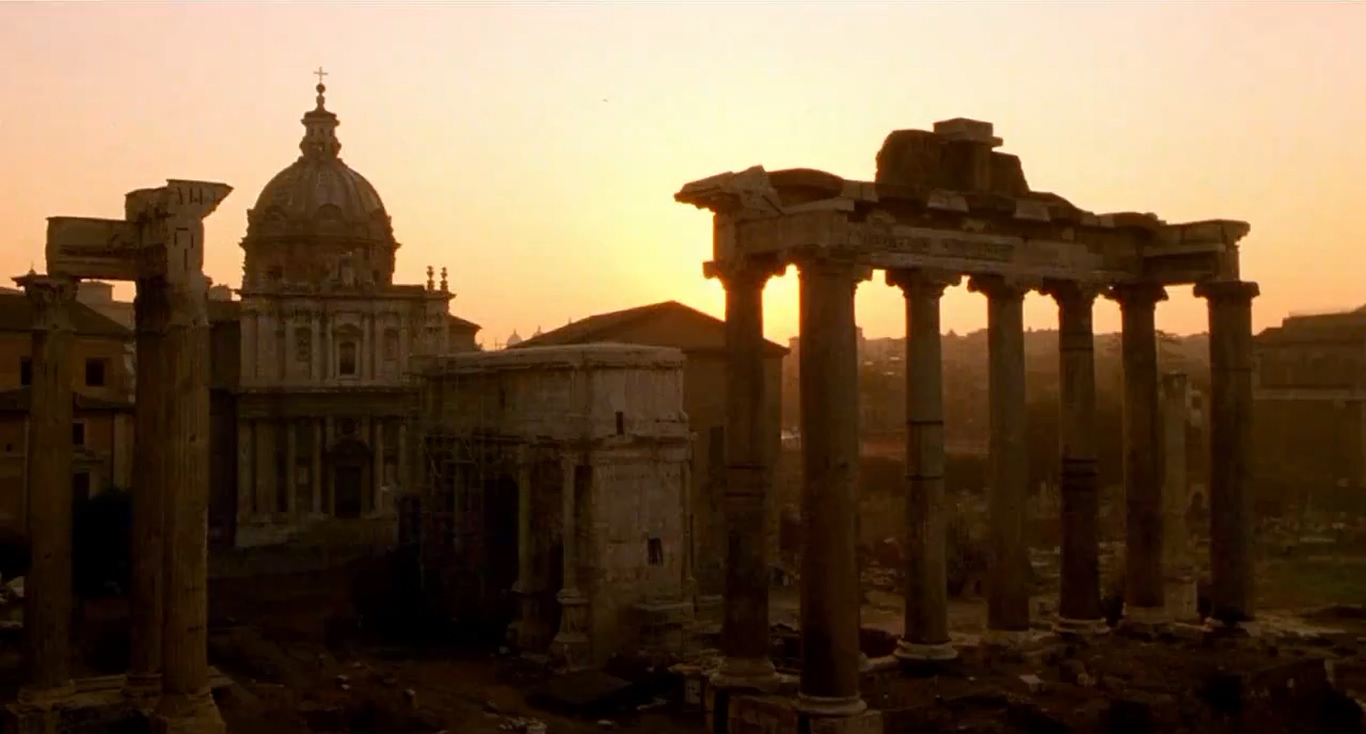 Important sequences were taped in Piazza di Spagna (Square of Spain), another famous open plaza near the Spanish Steps in Rome. In the movie, Ripley stays at a hotel in Rome, and the corresponding scenes were captured in St. Regis Rome (also known as Le Grand Hotel), an abundant five-star tourist attraction at Via Vittorio Emanuele Orlando, 3, in Rome. In another tricky sequence, the protagonist carries Freddie’s corpse to his car, and the scene was filmed near the Fontana Delle Tartarughe (or the Turtle Fountain), a landmark fountain located at Piazza Mattei in Rome. 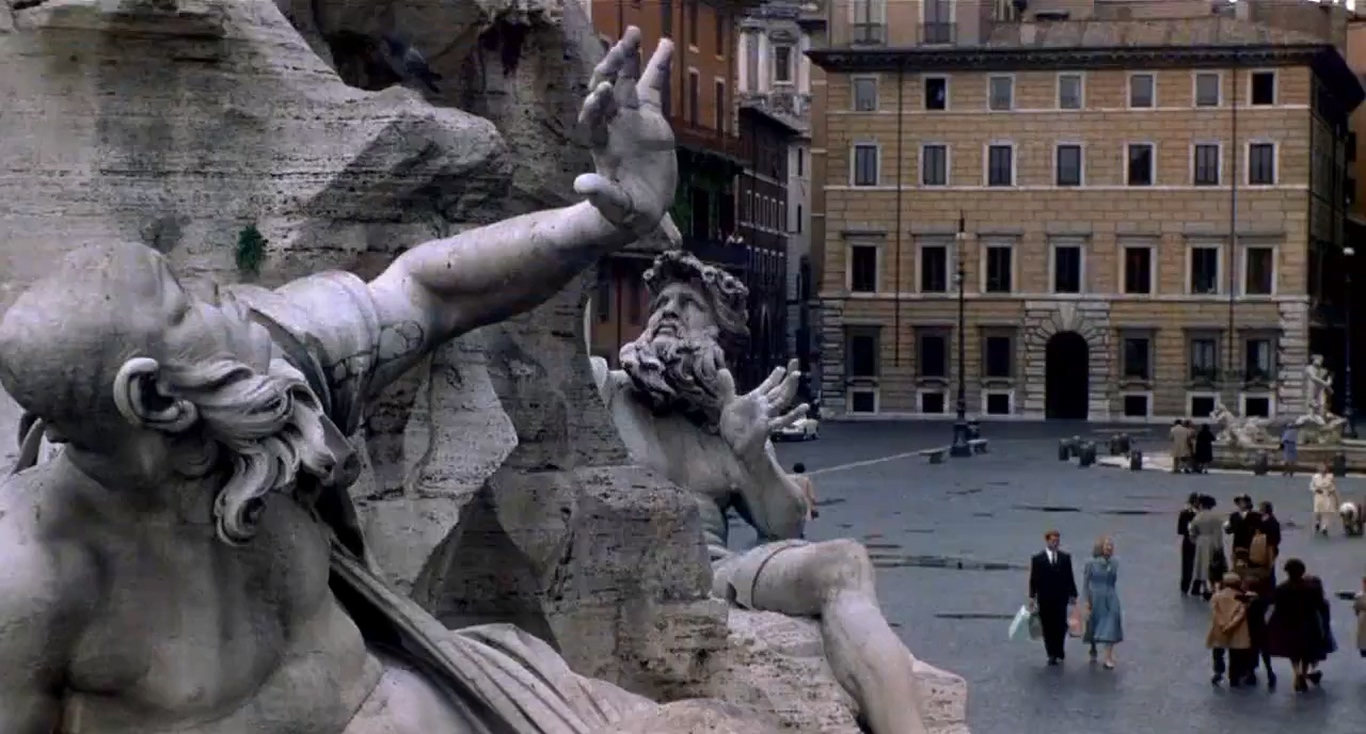 While in the city, the crew visited the historical Ruins of the Roman Forum, an iconic heritage site of the Roman civilization situated between the Palatine and Capitoline Hill. The production team ventured further south, lensing a few segments in the serene seaside town of Anzio, around 51 kilometers from Rome. The comune is a popular local fishing port that entices the occasional tourist with a picturesque seaside harbor setting. 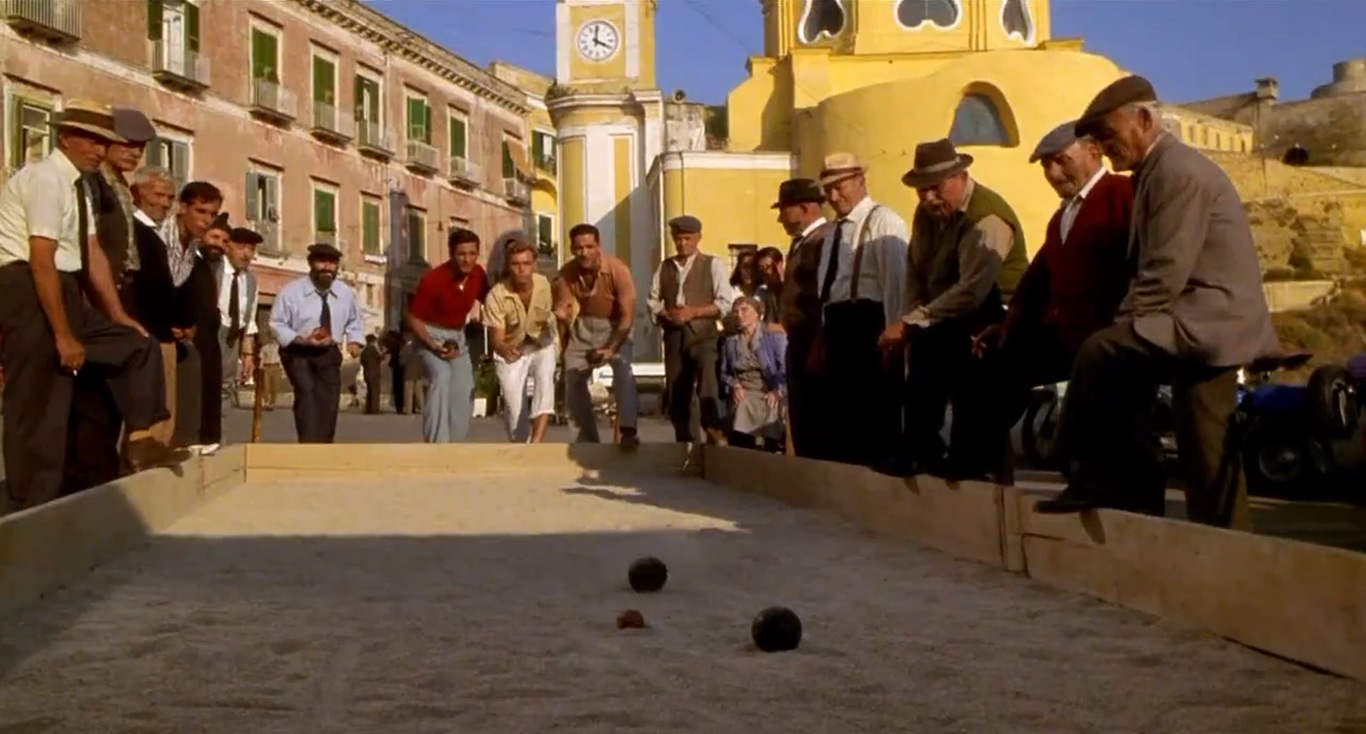 Meanwhile, the bulk of interior filming went underway in Cinecittà Studios, a stalwart movie production facility and the hub of Italian cinema. Located at Via Tuscolana, 1055, in Rome, the massive studio flaunts 400,000 square meters of space and can handle any degree of production.

A section of filming was carried out in the northeastern Italian region of Veneto. Venice, the region’s capital, is famous for its vast network of canals, and the Carnival celebrations, which take place in February. When Dickie does not call in the movie, Marge voices her suspicions about his disappearance in a cafe. The sequence was filmed at Cafe Florian, a bustling coffee shop located at Piazza San Marco 56-59 in Venice. 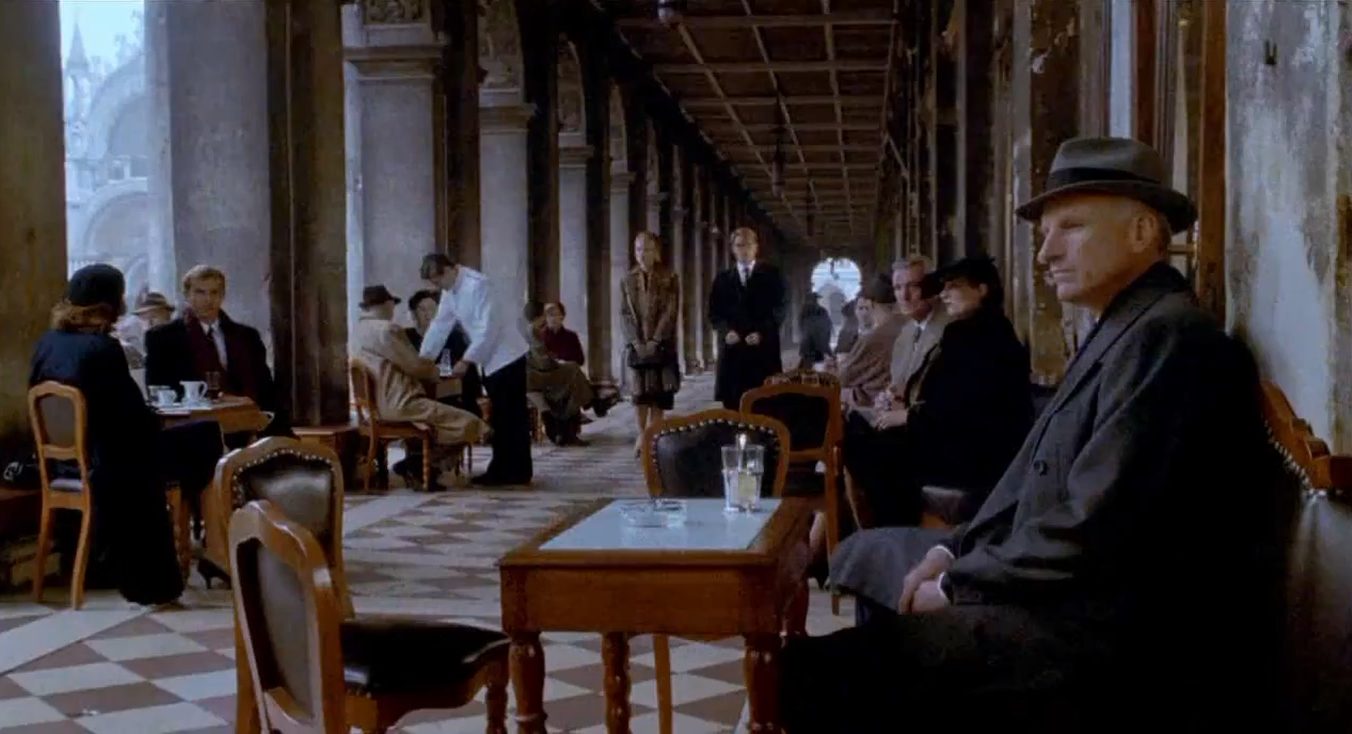 The plaza, translated as St. Mark’s Square, is one of the most vibrant locales in the city. Moreover, Mr. Greenleaf stays in a hotel in Venice upon his arrival, and the sequence was captured at The Westin Europa & Regina, a five-star tourist accommodation at San Marco 2159, near the gorgeous Basílica de Santa Maria Della Salute.

Other Locations In Italy

The crew charted the entire country’s length as pivotal portions were recorded in other regions of Italy. Significantly, they shot additional scenes in the regions of Sicily and Tuscany. In a sequence, Peter brushes up on his singing, and the scene was filmed in Santa Maria dell’Ammiraglio (also known as Martorana), a historic church showcasing Norman–Arab–Byzantine architecture. 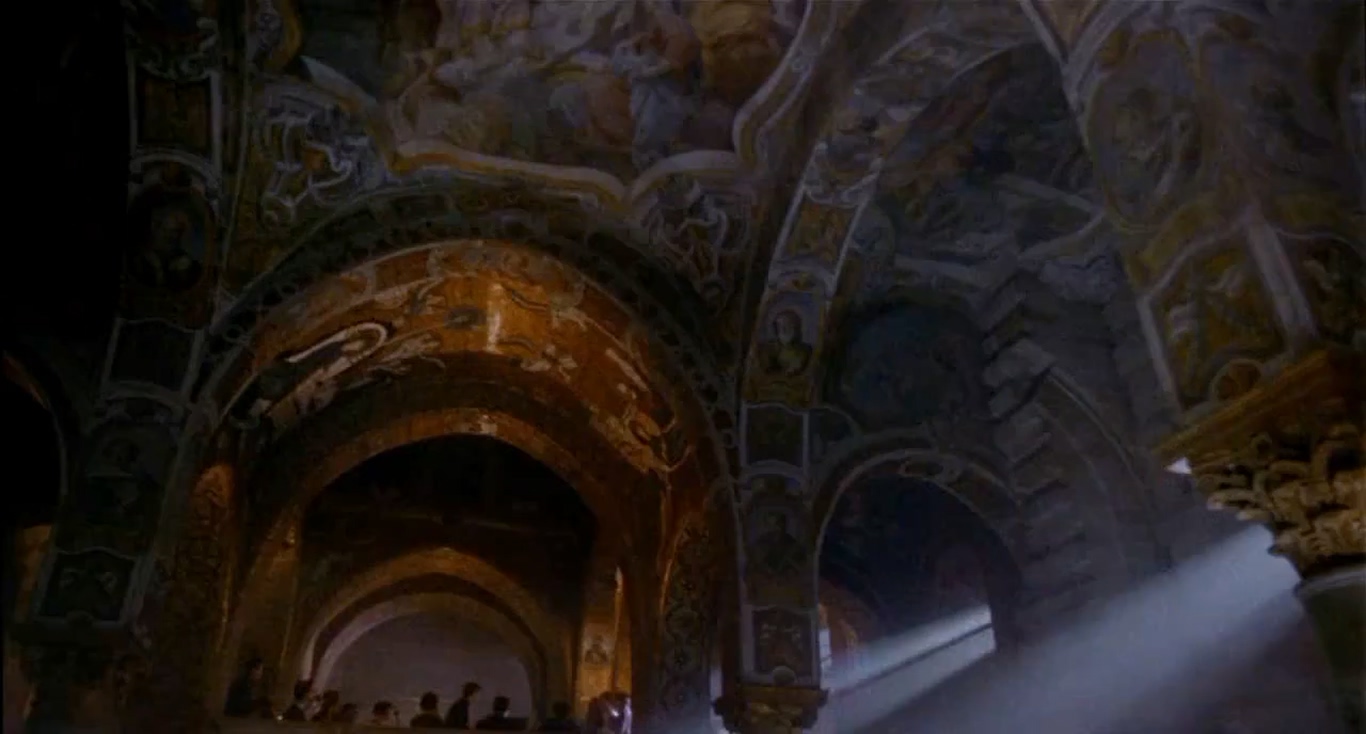 The church is located at Piazza Bellini, 3, in the Italian city of Palermo. Rounding up the production schedule in Italy is Porto Ercole, a serene township situated in the municipality of Monte Argentario in the Tuscan province of Grosseto. 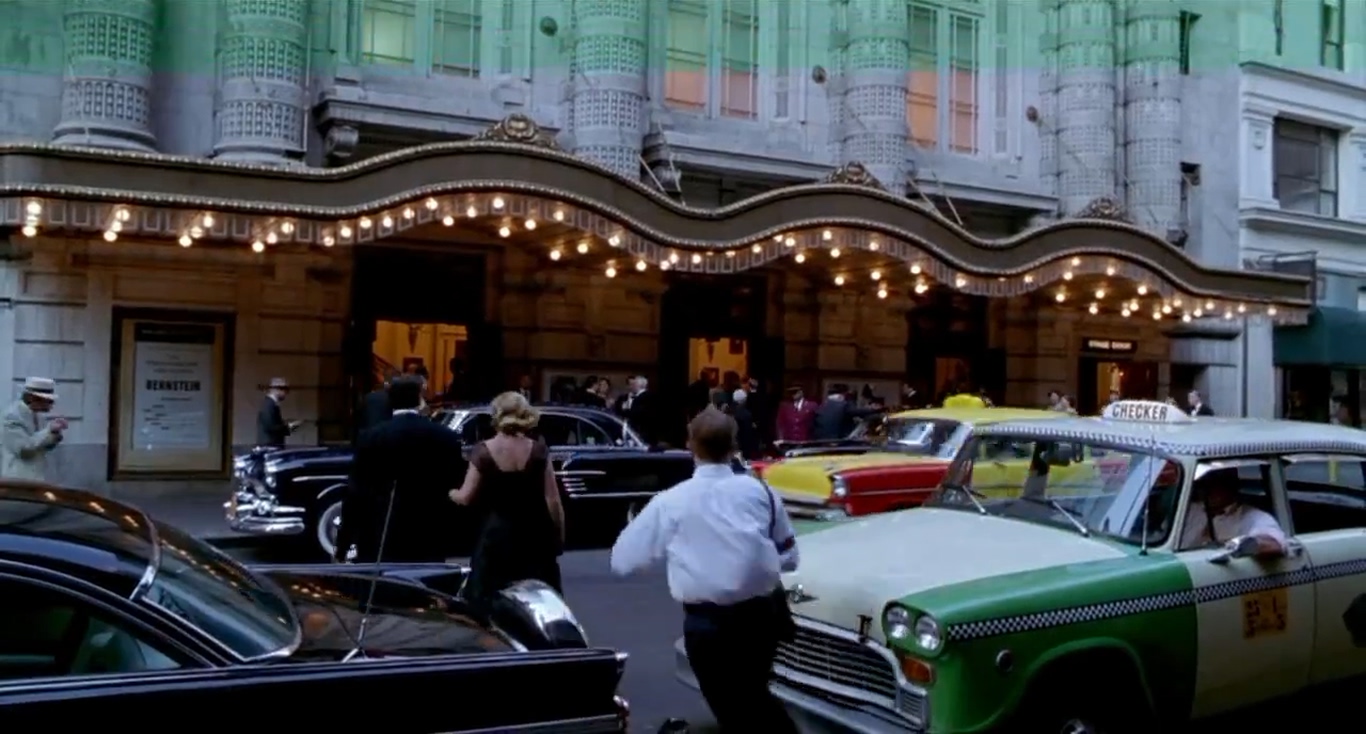