Where Was The Whole Nine Yards Filmed? 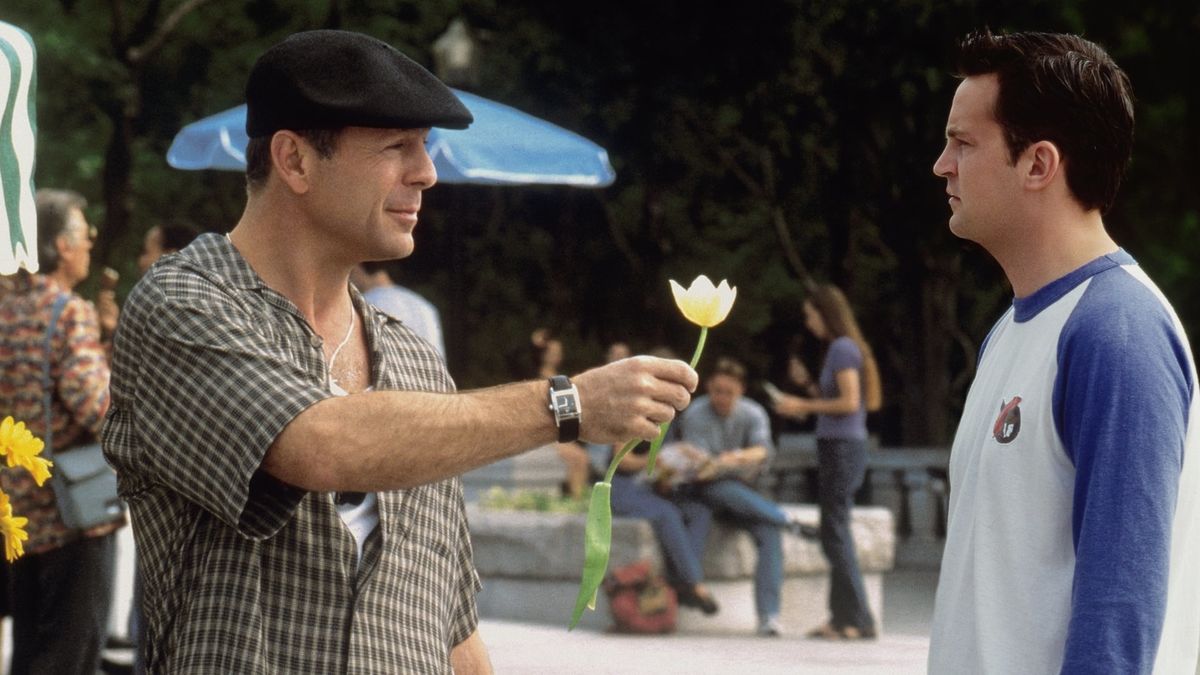 ‘The Whole Nine Yards’ is a crime comedy film that follows Oz Oseransky, a Montréal dentist who is in an unhappy marriage. When Jimmy “the Tulip” Tudeski, a hitman turned informant, starts living in the same neighborhood, Oz’s wife asks him to earn the price on Jimmy’s head by telling his boss about him. However, Oz is unaware that his wife plans to double-cross him and tell the hitman about his mission.

Starring Bruce Willis, Amanda Peet, and Matthew Perry in the lead roles, the comical yet exciting film captures the memorable drama that unfolds in an epic manner that tends to leave a long impression on the viewers. In case you also find yourself wondering about the places where the movie was shot, we have got you covered.

‘The Whole Nine Yards’ was filmed entirely in Canada and the United States. Although America has been a major filming-producing country since the early twentieth century, Canada has started catching up in recent decades. Now, several cities in the country are sought-after filming locations. While the shooting in Canada took place in Québec and Ontario, the production was entirely done in Illinois in the United States. The filming for the crime-comedy, however, was limited to only a few cities in these states. So, without further ado, let’s have a look at them.

The principal shooting for the crime comedy film was done in Montréal. Scenes set in Oz Oseransky’s home were filmed at 27 Rue Marcel-Giguère, Blainville (a suburb of Montréal), and Jimmy Tudeski’s House is just next to it. Shooting for Biddle’s Jr. Resto Cabaret Bar scenes took place at 209 Rue Notre-Dame Ouest, while several other important parts of the movie were filmed at Notre Dame Cathedral. 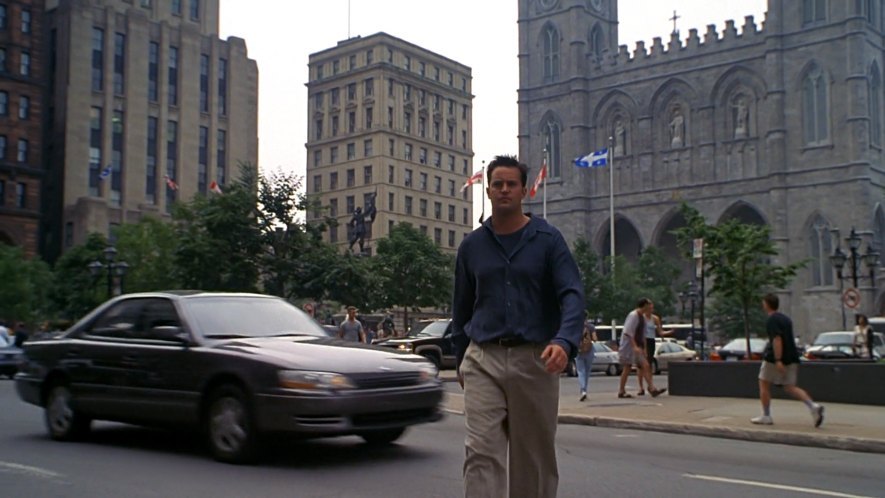 The conversation between Oz and Jimmy in which they discuss how the former ended up in Canada was shot at the Belvédère Kondiaronk. As one of the largest cities in Québec, Montréal offers numerous employment opportunities in different fields, but after its rise as a key television and film production center, the entertainment industry has also emerged as a lucrative career path for its local population. Over the decades, it has stood in for European locations in numerous movies and organizes several recognized music, film, and cultural festivals that are pretty popular.

Filming for ‘The Whole Nine Yards’ also took place in Chicago. To be precise, some of the scenes in the movie were shot at Michigan Avenue. A few scenes were reportedly shot in and around the famous Tribune Tower at 435 North Michigan Avenue. Located on Lake Michigan’s shores, Chicago’s culture is deeply influenced by theatre, film, and visual arts. Over the years, several well-known movies were shot in the city, including ‘Transformers: Age of Extinction,’ ‘Batman v Superman: Dawn of Justice,’ ‘Suicide Squad,’ ‘Mean Girls,’ ‘Batman Begins,’ and ‘The Dark Knight.’ 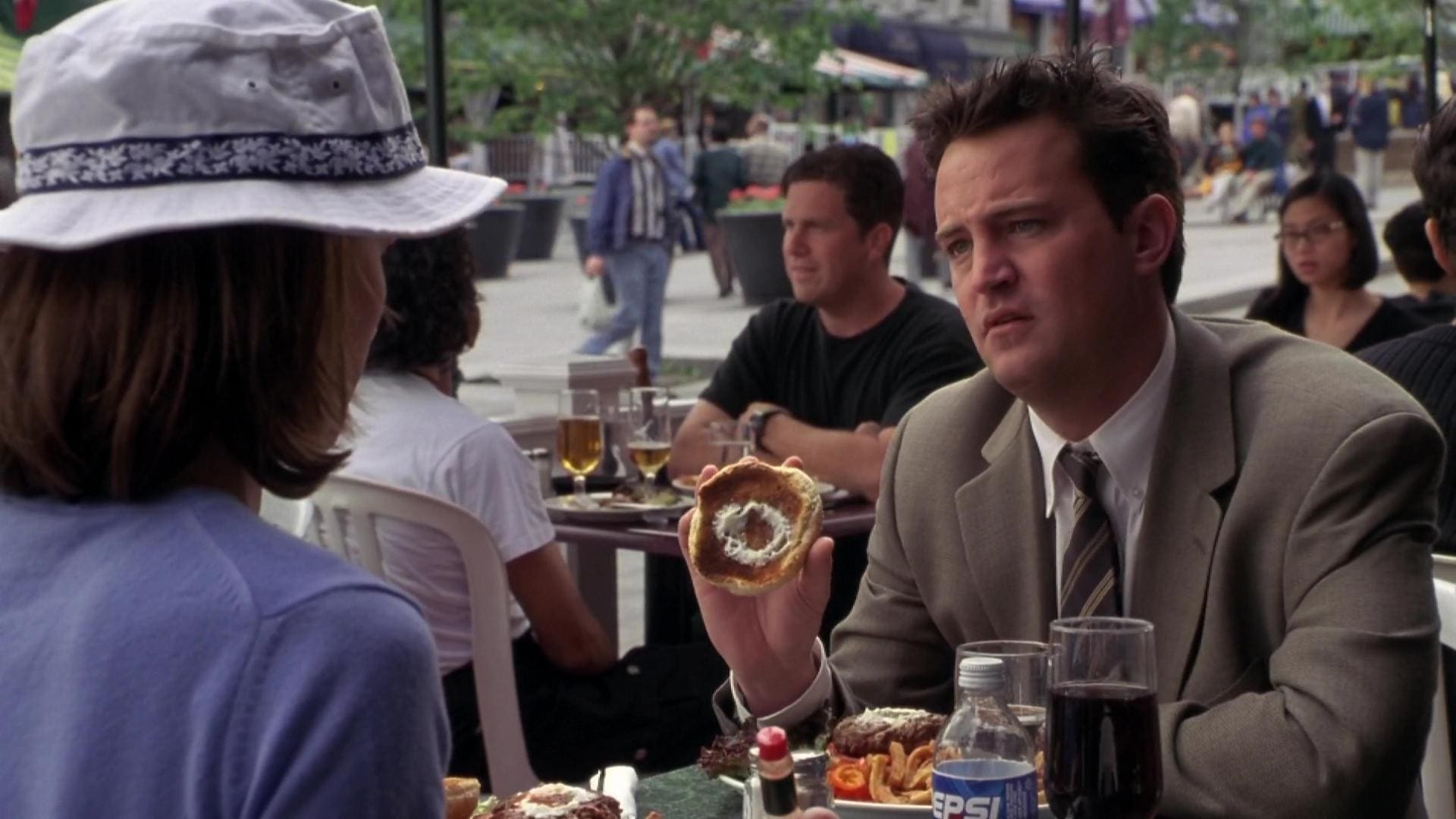 A few scenes in the crime comedy movie were filmed in Niagara Falls in Ontario. Famous for its waterfalls, the city is a popular tourist attraction. Interestingly, the well-known falls were featured in movies like ‘Superman II’ and ‘Pirates of the Caribbean: At World’s End.’ Filming for the comedy-drama series ‘Wonderfalls’ was also done to an extent in the city.