Where Was The World We Make Filmed?

‘The World We Make’ is a drama film that follows its protagonists Lee (Rose Reid) and Jordan (Caleb Castille), two idealists hellbent on making the world a better place to be in. Lee works at her family ranch, where she gives lessons on horse-riding. She is uncertain about her future after school and is confused about whether she should join college. Her older brother Casey (Richard Kohnke) loves horses too and wants to take his black best friend Jordan out on a trip across the country with him for three months.

Unfortunately, Casey passes away in a crash, and Lee resolves to fulfill her brother’s dream of traveling beyond the border. Jordan extends his support, and soon they become more than friends. But their union faces prejudice and opposition from society. ‘The World We Make’ takes place in a vast expanse of soothing greenery that does full justice to the romance between the protagonists. As far as the filming locations are concerned, here’s what we know.

The World We Make Filming Locations

‘The World We Make’ is set in the suburbs of Nashville. But was it really filmed there? The answer is yes.  The movie was shot in January 2018 and was primarily filmed in and around the country music capital of the US. Let’s dive into details.

The movie was quite appropriately filmed in Nashville, Tennessee. During the movie’s premiere, Ken Carpenter, the producer, stated that the movie is a celebration of filmmaking in Nashville. It represents the slowly increasing involvement of Nashville in the future of moviemaking. The film fully indulges with the location’s spectacular hills, rivers, and forests, very much in line with its backdrop emphasis on horse-riding. It features scenes shot in several areas of the city, including rural Williamson County along the Harpeth River. It is known as one of the wealthiest counties in the US. 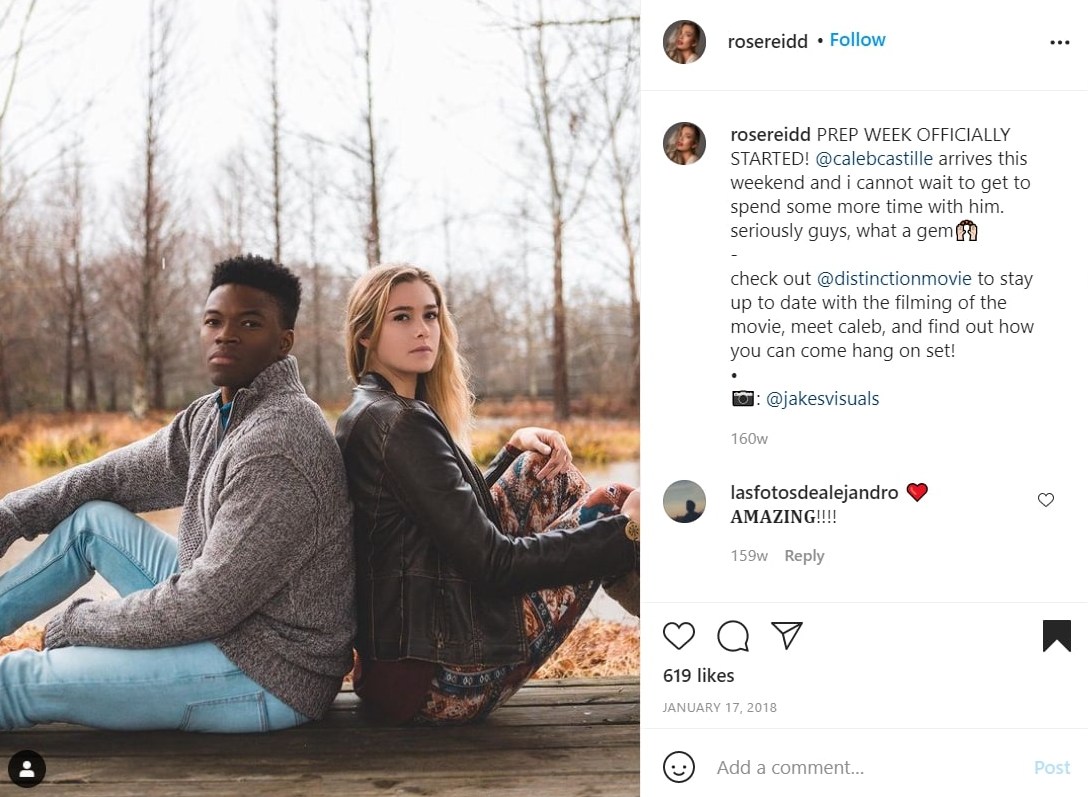 Other scenes were filmed in downtown Franklin. Located south of Nashville, it was an essential site in the American Civil War. The Franklin Housing Authority homes, situated at 200 Spring Street, also made the cut in the film. Although the city has been low-key when it comes to its involvement in the film industry, a good portion of high budgeted productions was filmed there, such as ‘The Matrix,’ ‘The Green Mile‘ (starring Tom Hanks), and ‘Hannah Montana: The Movie!’. ‘The World We Make’ actors Caleb Castille and Rose Reid shared their experiences through several pictures on social media. 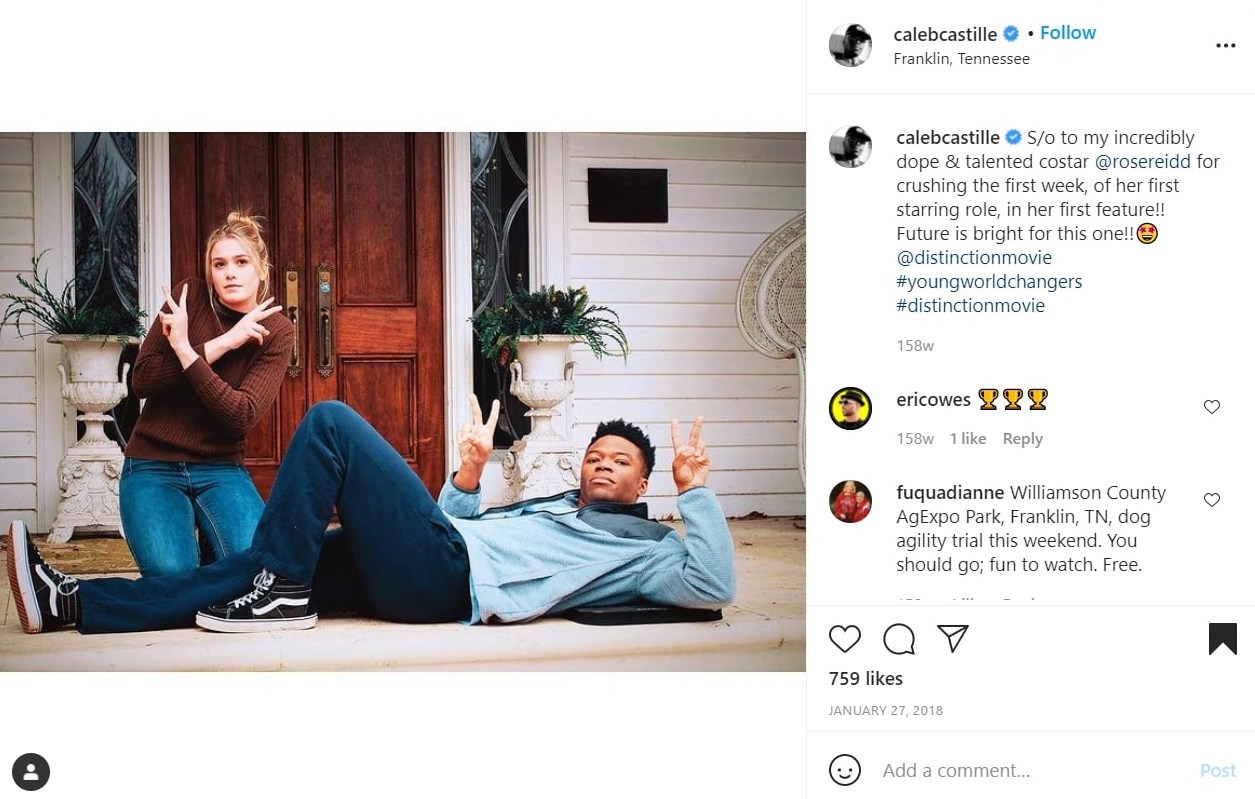 A few scenes were seemingly filmed in Los Angeles, California. Apart from the city’s sprawling metropolis, it is mostly preferred for its comfortable climate, glamorous atmosphere, and diverse geography that occupies its terrain, such as – mountains, beaches, and deserts. Actor Caleb Castille took to Instagram to express his gratitude to the production team. 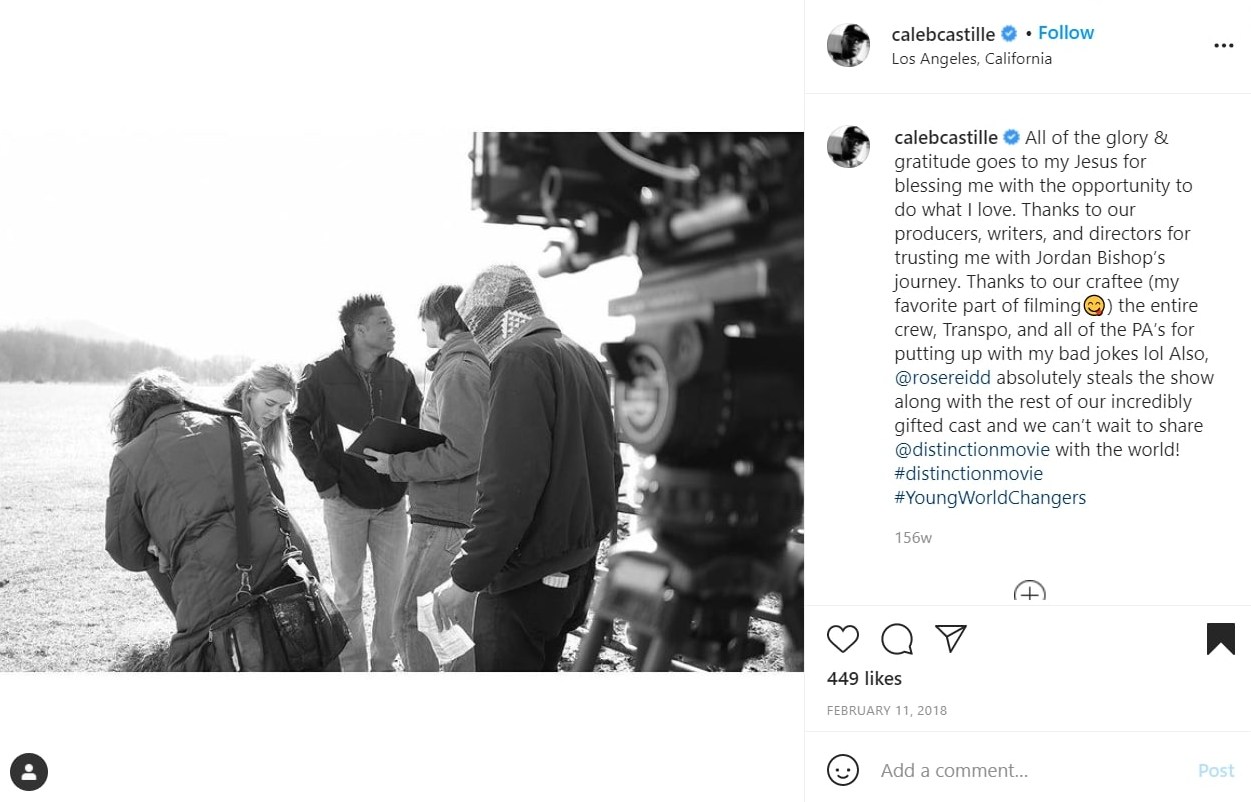