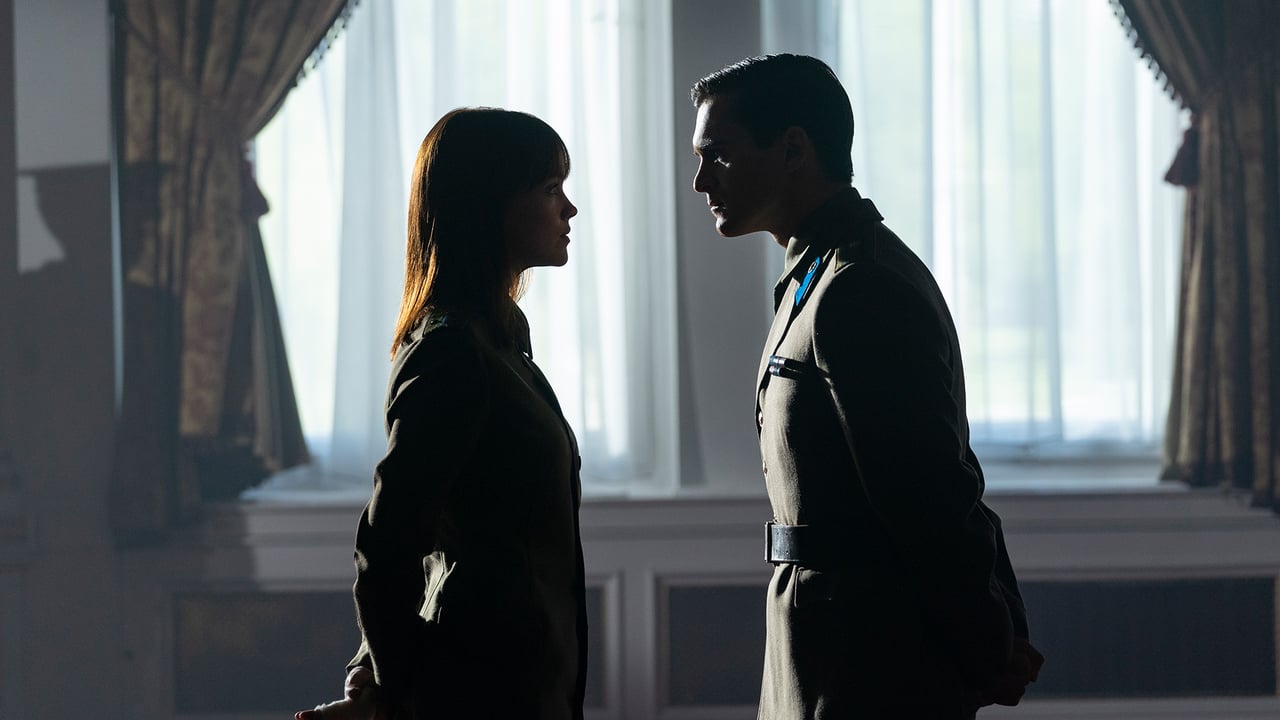 In strict adherence of Hollywood’s unspoken rule that dictates that no franchise can ever be allowed to rest in peace, we now have a new spin off TV show based on the universe of Matt Damon’s ‘Bourne’ film series. Titled ‘Treadstone’, USA Network’s new spy action thriller show that explores the beginnings and present day consequences of the illegal CIA black ops program known as Operation Treadstone. As many of you will remember, Operation Treadstone is frequently referenced in the original ‘Bourne’ trilogy as the illegal behavioral modification program that trained and created super agents including Jason Bourne himself.

However, ‘Treadstone’ steers clear of Jason Bourne and mostly focuses on the program itself, as well as a number of its other alumni. The show tells a time spanning story in two distinct, yet interconnected timelines. The first timeline follows J. Randolph Bentley (played by Jeremy Irvine) who is shown escaping a Soviet prison in the year 1973.

The second timeline is set in the present day, where a number of dormant Treadstone agents are awakening due to high stress moments. Although it is still rather early in the show’s run, early critical consensus of the show is mixed. Nevertheless, ‘Treadstone’ has been praised for its frenetic action sequences and the numerous exotic locales they were filmed in. If you were wondering where exactly ‘Treadstone’ was filmed, read on to find out everything we know.

Where was Treadstone Filmed?

‘Treadstone’ features a globe spanning plot line that follows several agents across locations in Europe and the rest of the world. Naturally, this engenders the need to depict various varied locations on the screen. One way to do this is by shooting on set in Los Angeles and using copious amounts of special effects to best imitate the real thing. However, the creators of ‘Treadstone’ have made it a point to film on location whenever possible, or at least the closest possible alternative. Naturally, this brings along its own set of challenges along with it.

Principal photography and production is based in Budapest, Hungary, but the show is shot on location across a number of continents. ‘Treadstone’ Executive Producer Ben Smith claims that he traveled well over 250,000 miles in a nine month period while filming for ‘Treadstone’. Some of the other exotic locations where ‘Treadstone’ is filmed include Taiwan, Amsterdam, Seoul, Colombia, Greece, India, Ghana, and France.

English actor Jeremy Irvine (who plays John Bentley in the show) posted this picture in anticipation of the fiming’s commencement back in May of 2019:

In episode 2 titled ‘The Kwon Conspiracy’, some of the action takes place in the famed Palace of Versailles. The French Chateau served as the primary royal residence of France from the late seventeenth century to the late eighteenth century, serving as home to the likes of Louis XIV and Louis XVI. The palace is located about 20 km away from Paris and is today classified as a historical UNESCO World Heritage site.

Getting permission to film in such a storied location was no mean feat, and the team had to undergo a rigorous approval process to get the necessary approval from the authorities. However, ultimately it was all worth it as Ben Smith explains, “We were very lucky and thrilled to be able to have shot in the Hall of Mirrors, which is such an iconic, incredible location. We were also able to shoot at the fountains,”

The bulk of the filming for ‘Treadstone’ takes place in the cosmopolitan city of Budapest in Hungary. In particular, the major scenes of protagonist John Bentley are filmed in this location. Jeremy Irvine posted these pictures while filming:

Oil rigger and dormant “Cicada” (the show’s name for unactivated super assassins) Doug McKenna is shown to be in frigid Alaska in Episode 1 titled ‘The Cicada Protocol’. However, it is actually the Svalbard Islands of Norway where the filming takes place.

The Svalbard archipelago is famously frigid, with temperatures ranging from 43 °F at best in the summer to as low as 3 °F in the Winter. This is a very challenging environment to film a TV show, as Ben Smith explains, “It was so cold that for any scenes outside, if you had any exposed skin, we could only do 45-second takes”.

Indian origin cicada Nira Patel’s scenes are filmed in the bustling city of Delhi, India. Indian actress Shruti Haasan, who plays Nira Patel in ‘Treadstone’, tells of her experience filming for the show, “We shot in Delhi, and it was really crazy because you know how it gets in India, it gets really crowded. We were shooting in old Delhi’s Jama Masjid and it was a crazy shoot.”

North Korean Piano teacher Soyun Park is a prominent character in ‘Treadstone’, and many of her scenes are filmed in Seoul, South Korea. A fan account posted these pictures and a clip of the Seoul shoot:

Besides Budapest, Norway, Delhi, and Seoul, ‘Treadstone’ also films a number of scenes in numerous other locations including Ghana, Taiwan, Amsterdam, Colombia, and Greece.

Read More: Is Treadstone Based on True Story?