Where Was U.S. Marshals Filmed?

With English filmmaker Stuart Baird at the helm, ‘U.S. Marshals’ is a thriller movie that plunges the audience into a sinister case of conspiracy. After the death of high-ranking officials, tow truck driver Mark is brought under police custody. However, while en route on a flight to New York, the plane crashes, and Mark becomes a fugitive of the law. At the same time, Mark has to prove his innocence. Most of the story of the 1998 film takes place in and around New York City, but you may wonder if that is where the movie was filmed. In that case, let us take you to the places.

‘U.S. Marshals’ was filmed in locations in and around the US, especially in Tennessee, Kentucky, Illinois, and New York. Filming commenced on June 3, 1997, and wrapped up by September 26 of the same year. Acclaimed cinematographer Andrzej Bartkowiak (‘Speed,’ ‘Doom’) came on board to handle the camerawork in the movie. At the same time, Maher Ahmad, who was the art director of ‘The Fugitive,’ took up the role of the production designer. Director Stuart Baird toured around 66 locations to film the movie, reportedly reminding him of a “circus.” Let us now take you to the specific filming locations!

Although most of the story of ‘U.S. Marshals’ is set in New York City, the production team reportedly could not manage to get a permit to film in the city. Therefore, they sought to film most of the exterior scenes in New York City in the business district of Chicago. The interiors of the Marshal’s offices were seemingly lensed on the 20th floor of a high-rise at 444 North Michigan Avenue in Chicago. The exact location doubled up as the interiors of the offices in ‘The Fugitive.’ 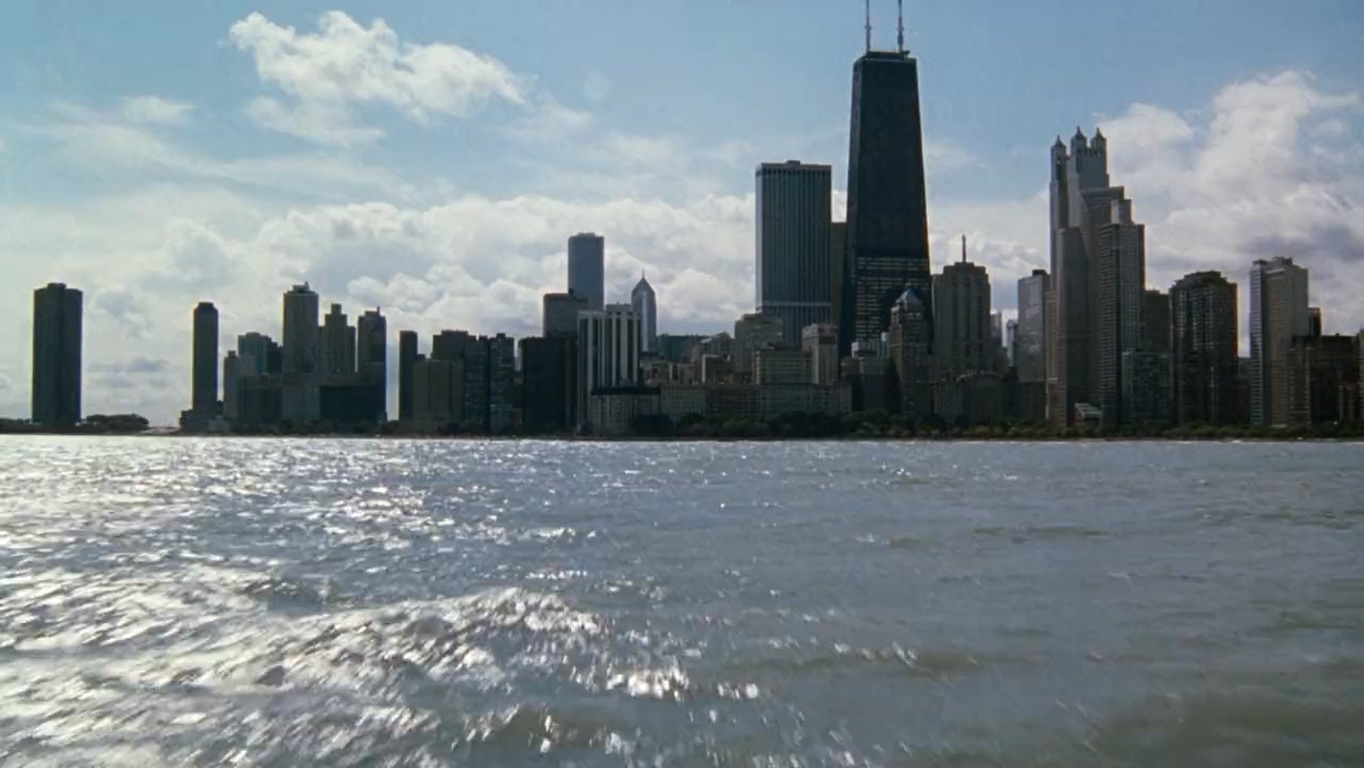 The cemetery scene is quite evidently set in New York City in the movie; however, the “Queens Hill Cemetery” is entirely fictional. The scenes set on the site were lensed in the Bohemian Cemetery, a historic late-19th-century cemetery at 5255 North Pulaski Road on the North Side of Chicago. 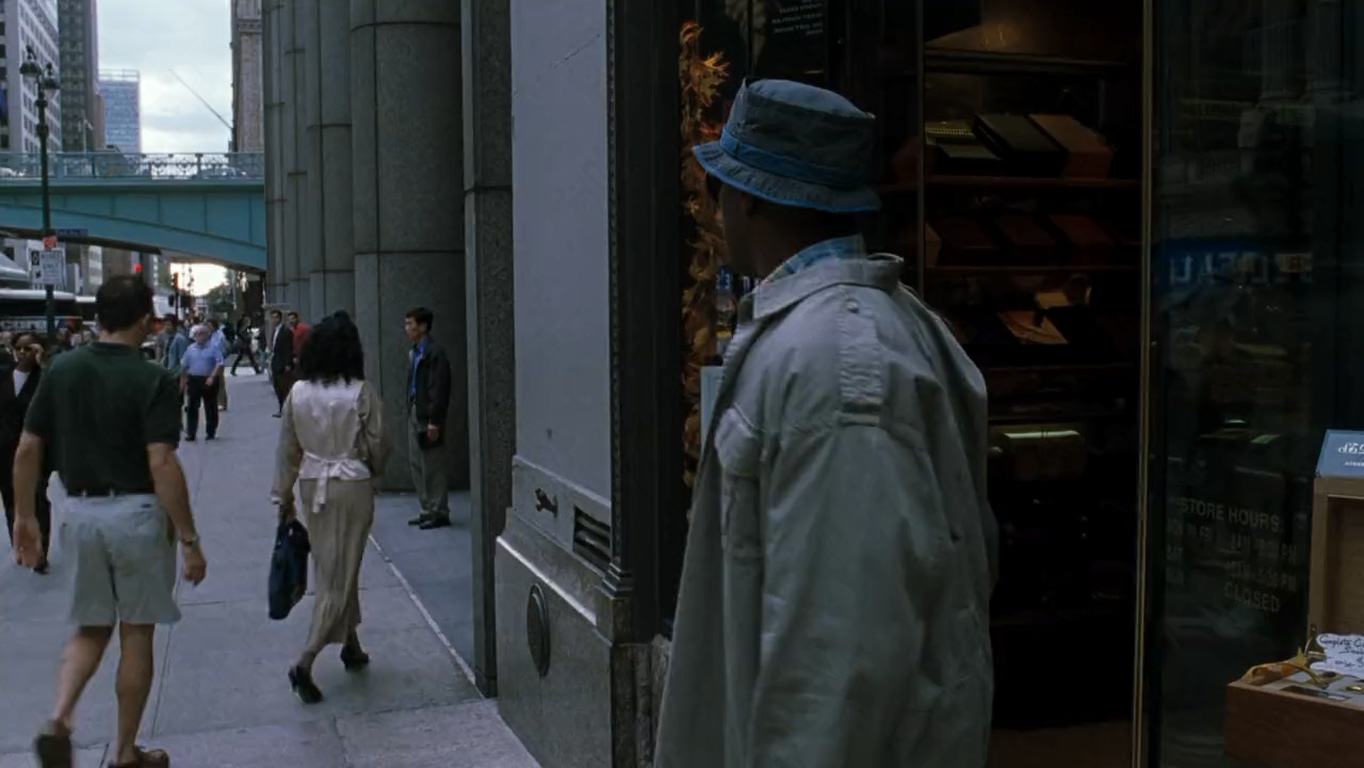 The nursing home also seems to be in New York, but both the exterior and the interior sequences of the nursing home were lensed in Chicago. The exterior scenes were filmed outside a property located at 1039 West Lawrence Avenue in Uptown, Chicago. On the other hand, the Institute of Cultural Affairs, a government institution located at 4750 North Sheridan Road in Uptown Chicago, stood in for the interior scenes.

Additional filming took place in St. Anne’s Hospital, at 4950 West Thomas Street in the Chicago neighborhood of Austin. The production team also spent some time in the quaint neighborhood of North Park to film a few scenes. Furthermore, interior shots of the sinking plane were filmed in a warehouse on Chicago’s Southwest Side. The production unit attached the airplane cabin to a rocking platform which could be lifted or rotated using levers.

Filming also went underway in the landmark Cook County Courthouse, in the vibrant neighborhood of The Loop, in Downtown Chicago. Moreover, a portion of the shooting also took place in O’Hare International Airport, the central air traffic hub of the city, located at 10000 West O’Hare Avenue on the Northwest side of Chicago.

Other Locations in Illinois 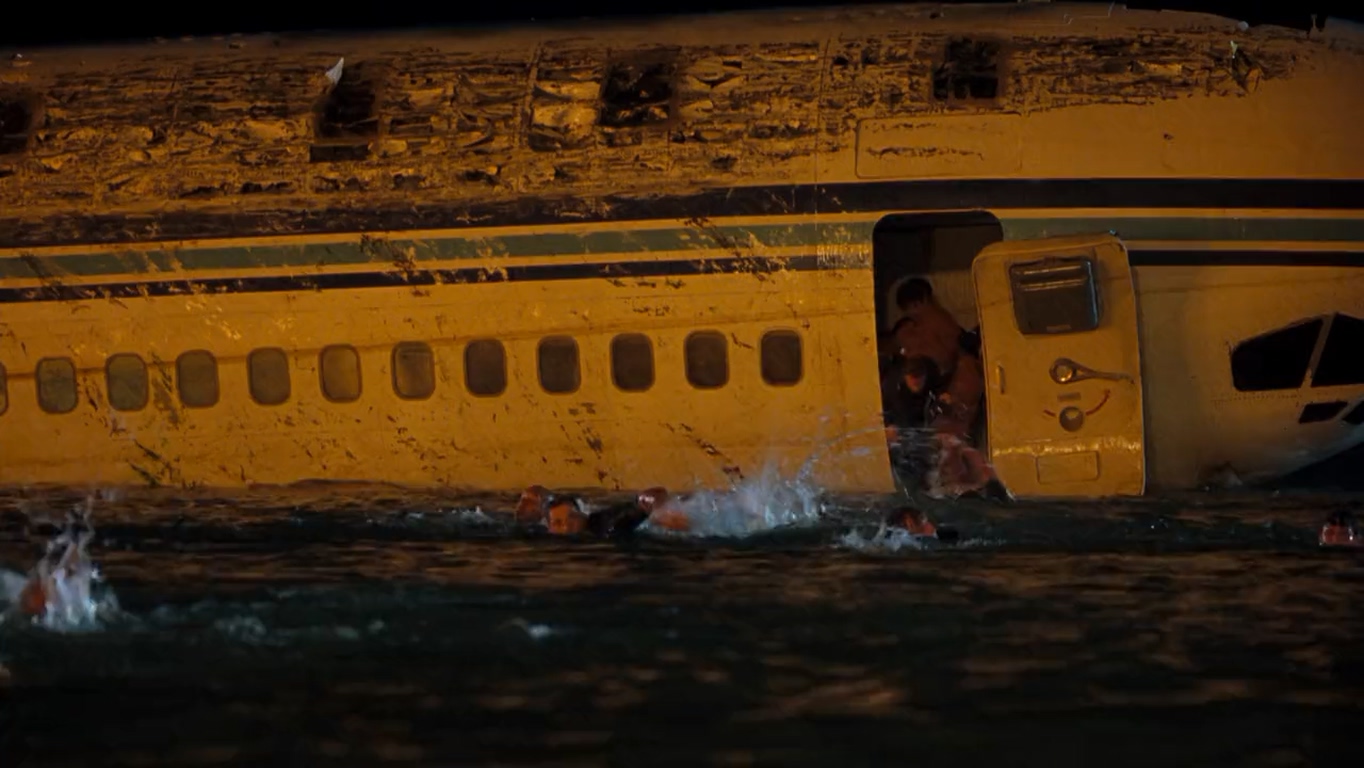 The crew ventured out of Chicago to film scenes in other parts of Illinois. Several scenes were filmed in and around the municipality of Metropolis, a small town by the side of the Ohio River in the Massac County of Illinois. Seemingly, the sequences involving the submerged fuselage were filmed in this location. The production team even got hold of an upside-down fuselage to make the scene happen. The 40,000-pound structure of the airplane was anchored in the Ohio River, which could be flooded with water instantly. 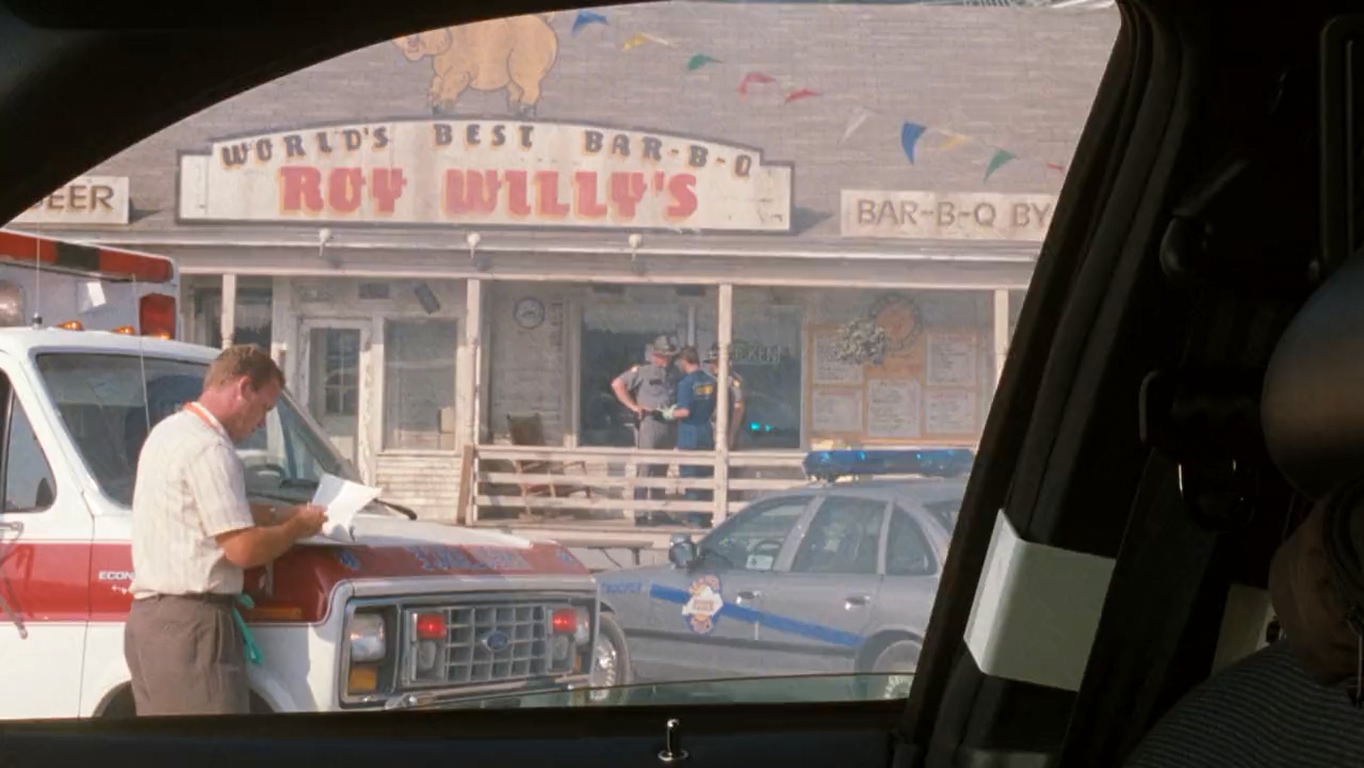 Other scenes were filmed in the Bay City area, an unincorporated community in Pope County, 8 miles south of Golconda. As shown in the movie, Roy Willy’s BBQ does not have a real-life existence. The scenes were shot at the Bay City General store at 1067 Bay City Road between Golconda and Bay City. The historic store has been around since 1915. Filming also took place in the unincorporated community of West Vienna in the Johnson County of Southern Illinois. The crew additionally visited the picturesque community of Shawneetown, the county seat of Gallatin County, to film some scenes.

As most of the movie is set in New York City, the crew had to visit the iconic east coastal city to film sequences. A significant location in the town is the Elmhurst Hospital, a healthcare provider located at 79-01 Broadway in the NYC neighborhood of Queens. Additionally, a hefty chunk of exterior filming took place in the central Manhattan district. While in the city, the team headed to the iconic Ed Koch Queensboro Bridge to film some scenes. 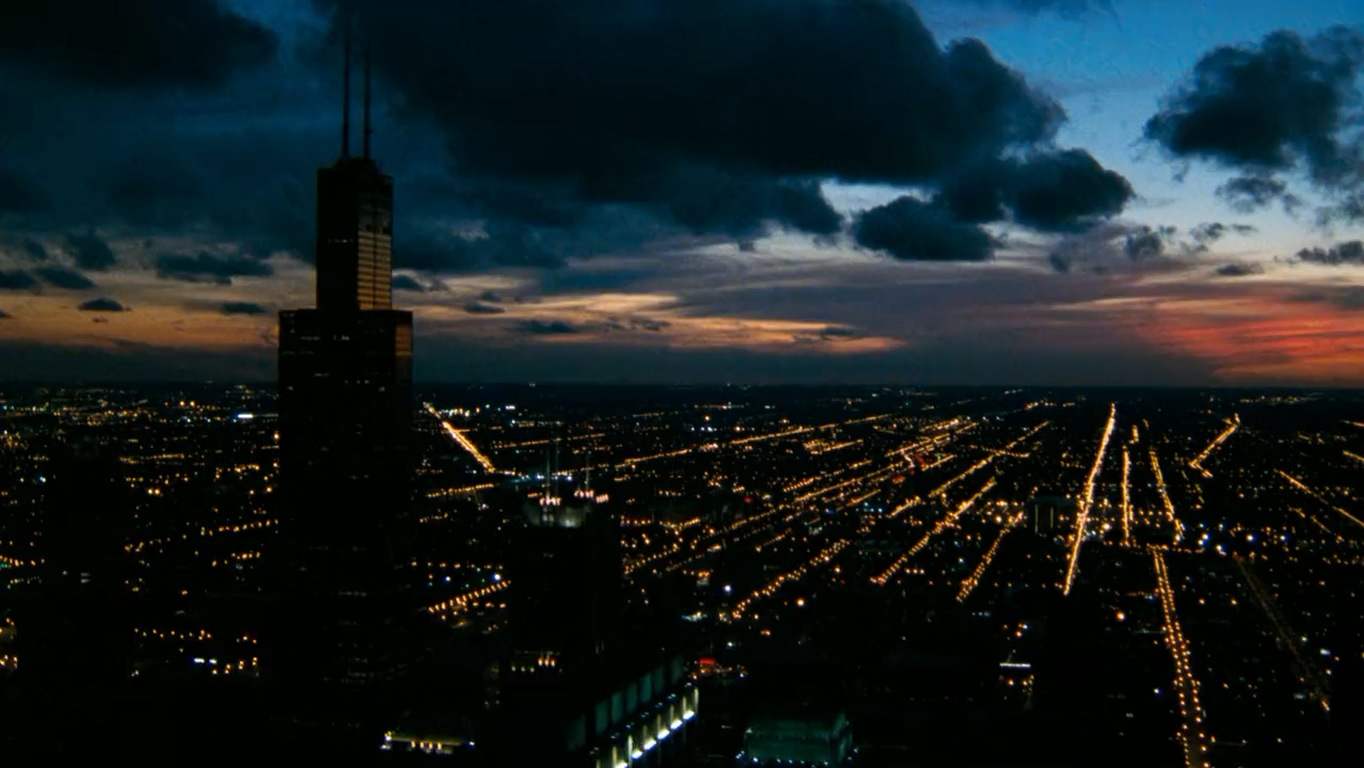 The famous cantilever bridge over the East River also serves as a backdrop for a few scenes in ‘The Godfather‘ and ‘Spider-Man: No Way Home.’ Additional filming took place in a property located at 60 Centre Street in Manhattan. The crew captured a few sequences along Park Avenue, a wide boulevard that channels the traffic through downtown New York. On the road, they filmed particularly in the section of the Metro-North Railroad viaduct. 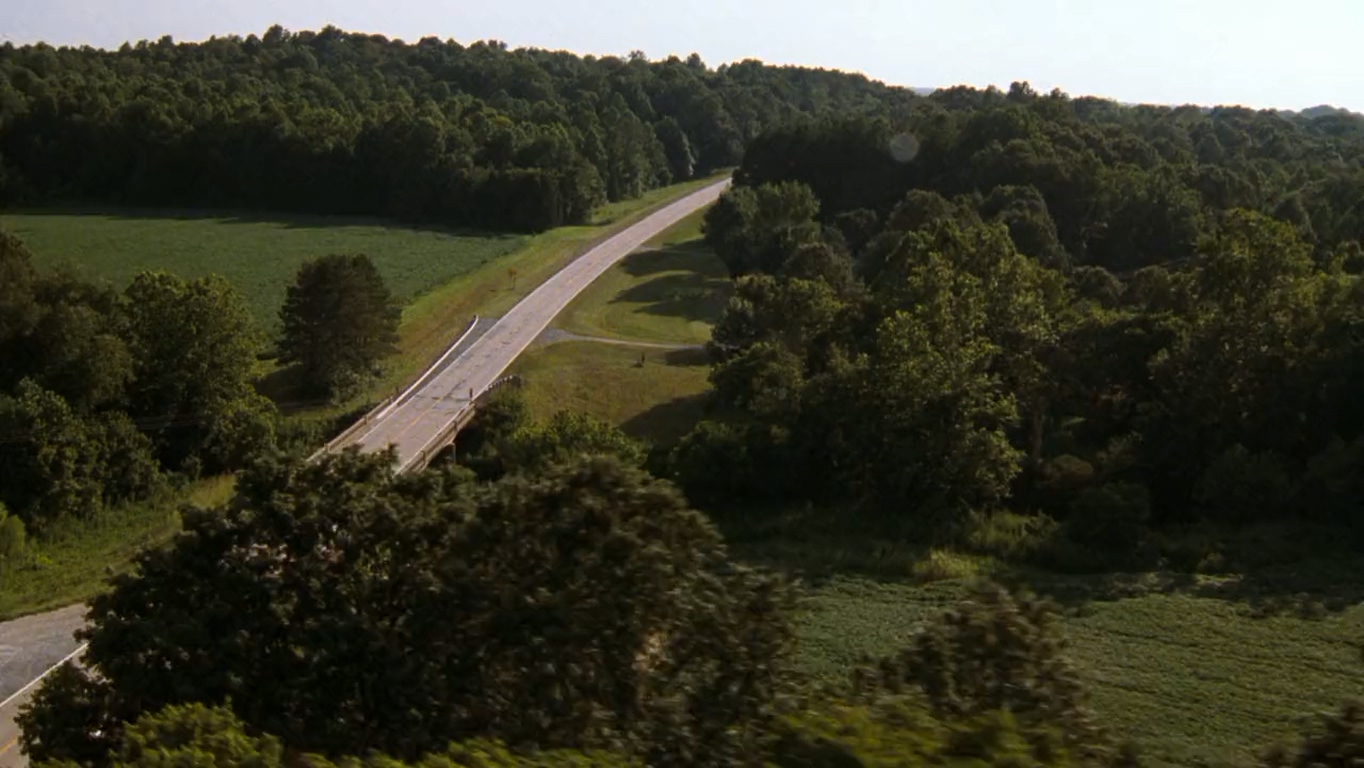 Additional filming took place in and around the small township of Benton in Marshall County. Also known as Kentucky Lake’s Downtown, the township’s history is pretty recent, as it was founded in 1842 by John Bearden and Francis H. Clayton. The most celebrated event in the township is Tater Day, a springtime festival. 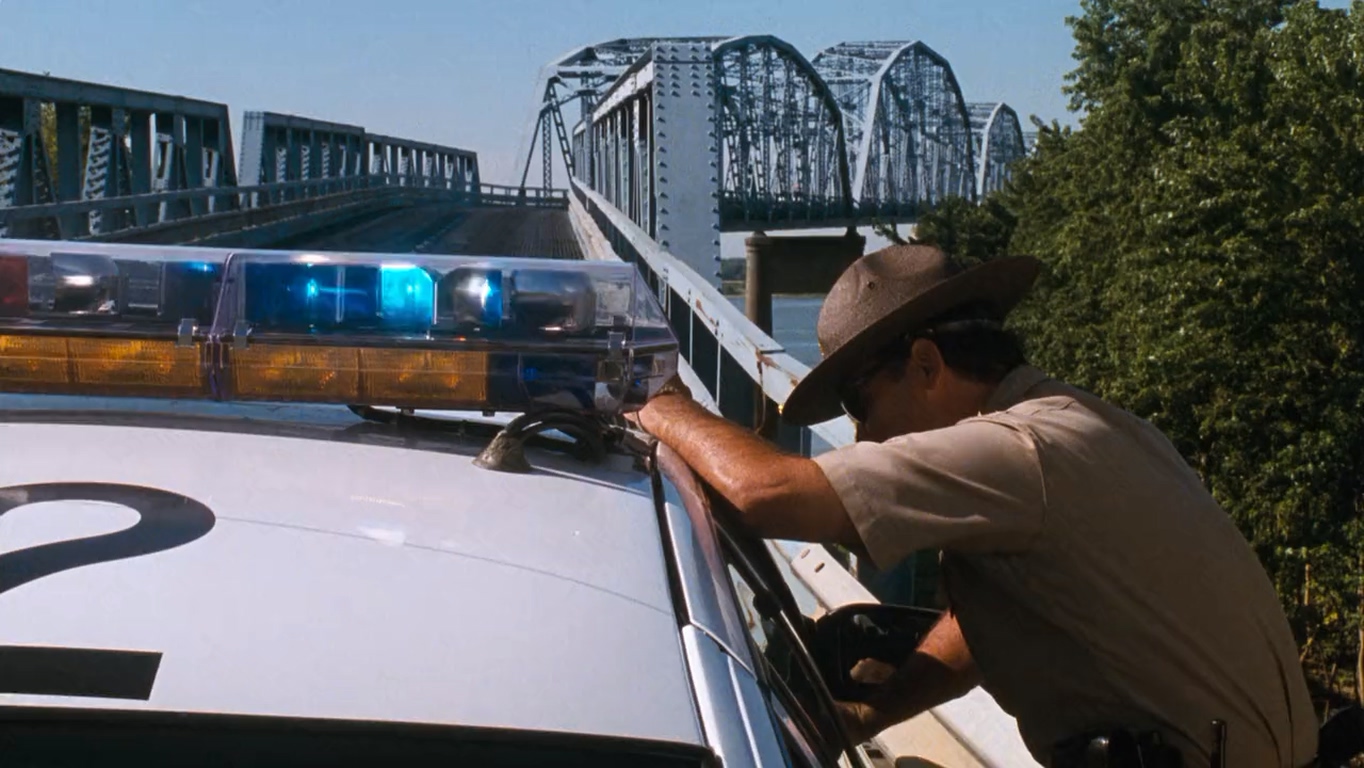 Filming of the swamp scenes in ‘U.S. Marshals’ took place in the rural unincorporated community of Walnut Log in Obion County by the shallow Reelfoot Lake in northwest Tennessee. Co-star Joe Pantoliano recollected the experience of filming in this location. The actor amusingly noted he knew that he and the team were in for some trouble when the production sent them a basket full of mosquito repellent. This is the same lake featured in ‘In the Heat of the Night.’

Read More: Is U.S. Marshals Based on A True Story?