Is U.S. Marshals Based on A True Story?

Helmed by English editor-director Stuart Baird, ‘U.S. Marshals’ is a stellar 1998 action thriller film that chronicles a fast-paced cat and mouse chase. The story follows tow truck driver Mark Warren (or fugitive Mark Roberts or Mark J. Sheridan), who boards a prisoner flight to New York after his arrest in connection to a homicide. When the plane crashes into the Ohio River, Mark must flee the police and hunt down the real culprit behind the conspiracy.

On the other hand, Supervisory Deputy U.S. Marshal Samuel Gerard and his team look for Mark, but they are in for a few drastic revelations about their own squad. The star-studded cast ensemble includes Tommy Lee Jones, Robert Downey Jr., and Wesley Snipes. If the realistic narrative makes you wonder whether the story has a basis in reality, we have got you covered. Let’s find out!

Is U.S. Marshals Based on A True Story?

No, ‘U.S. Marshals’ is not based on a true story. However, the concoction is surely a winner with mind-boggling stunts and chase scenes. The Stuart Baird directorial is driven by a screenplay penned by Roy Huggins and John Pogue. The film is a spin-off of Andrew Davis’ 1993 crime drama movie ‘The Fugitive.’ The film is based on Roy Huggins’ classic TV series of the same name, which ran on ABC from 1963 to 1967, garnering overwhelming success on the network. 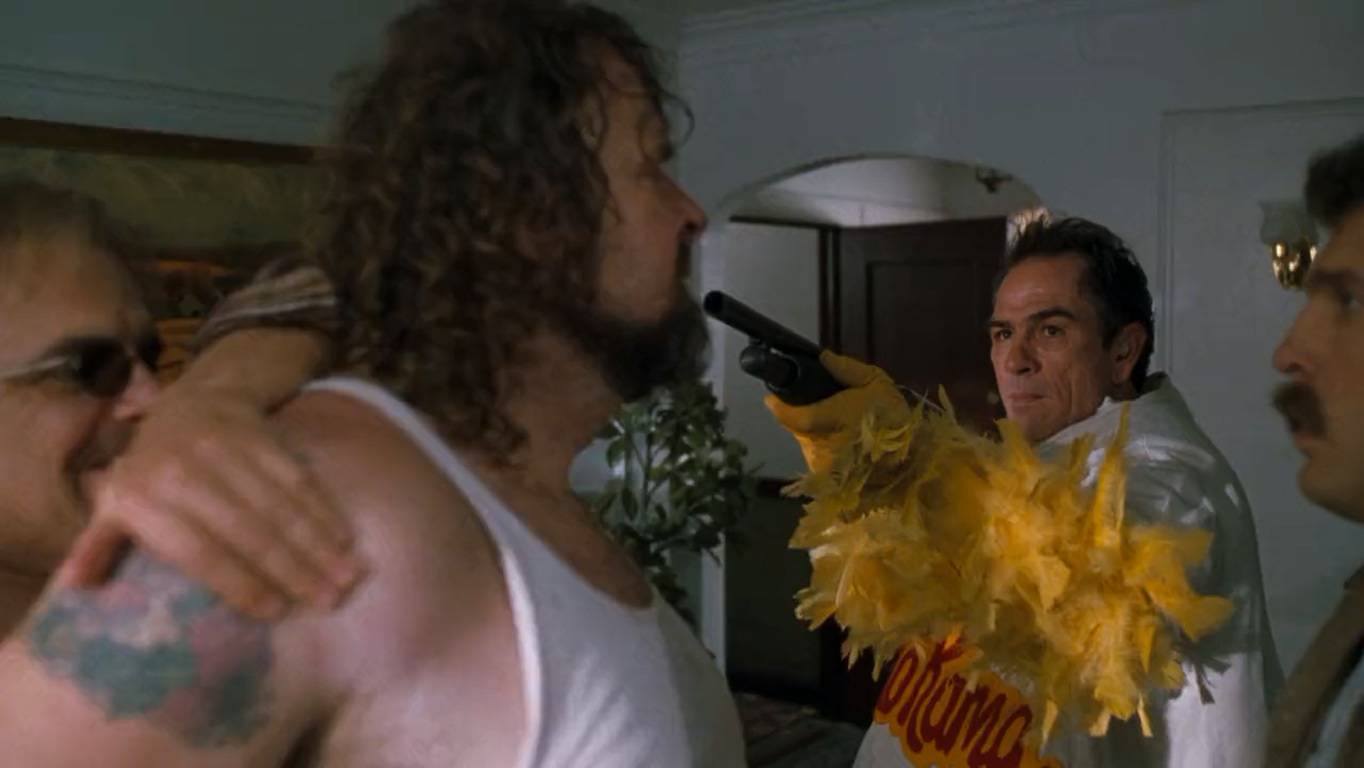 Although the latter is a spin-off of the former, the storylines of ‘The Fugitive’ and ‘U.S. Marshals’ are quite different. However, they are tied by the character of Deputy U.S. Marshal Sam Gerard, who takes the helm of the investigations in both the movies. In the 1998 film, Tommy Lee Jones reprises his character of Sam Gerard from ‘The Fugitive’ for which he received an Academy Award for Best Supporting Actor. Joe Pantoliano, Daniel Roebuck, Tom Wood, and Johnny Lee Davenport also return to essay their respective roles, alongside Jones.

Meanwhile, Wesley Snipes essays the character of Mark J. Sheridan, a spiritual successor of Harrison Ford’s Dr. Kimble. The creative heads did not deviate too much from the structure of the original movie. Thus, the spin-off also follows a reasonable man who gets convicted with bogus charges and hopes to find the actual perpetrator before the police catch him.

According to many, the character of Richard Kimble was inspired by the case of Sam Sheppard. In 1954, Sam was convicted of the murder of his pregnant wife, Marilyn Reese Sheppard. However, the U.S. Supreme Court exonerated him in 1966. A resident of Bay Village, Sheppard was one of the inspirations behind the 1960s TV show that gave birth to ‘The Fugitive’ film franchise. In his 1971 book ‘The Defense Never Rests,’ F. Lee Bailey, the defense lawyer of Sheppard, noted that his case would be a significant inspiration behind the TV show almost a decade later.

The creative team of ‘U.S. Marshals’ had to override the efforts of the original installment. Director Stuart Baird sought to cast actual pilots instead of performers to maintain authenticity. For instance, Steve King, a real-life pilot, essays the role of the Boeing 727 pilot in the 1998 film. The action sequences come off as dynamic and realistic, as Stuart Baird didn’t want to slow down the action for an easy shoot. Baird directed the cast ensemble to run as fast as possible, and the camera department had to keep up with the pace.

Moreover, the cast ensemble was also more or less committed to their roles. Especially, Tommy Lee Jones went to extra lengths to portray the action scenes, even if it required jumping in front of a car. The scene was captured in one take without the involvement of stunt performers. The plane scenes also had to be authentic. Thus, Baird and production designer Maher Ahmad started probing into real prisoner transfer planes. However, they realized that the prison aircrafts looked pretty much like regular planes.

In such conjunction, the duo reinvented the model with their imagination — with the foot chains, the open toilet, the cage door, and the mechanical locking system. However, they took the help of plane crash videos to keep the simulation realistic. The movie showcases a near-perfect depiction of how a plane breaks apart. Therefore, after considering all the aspects, the film comes off as fictional, but the director certainly managed to give it a realistic spin.