Where Was We Own This City Filmed? 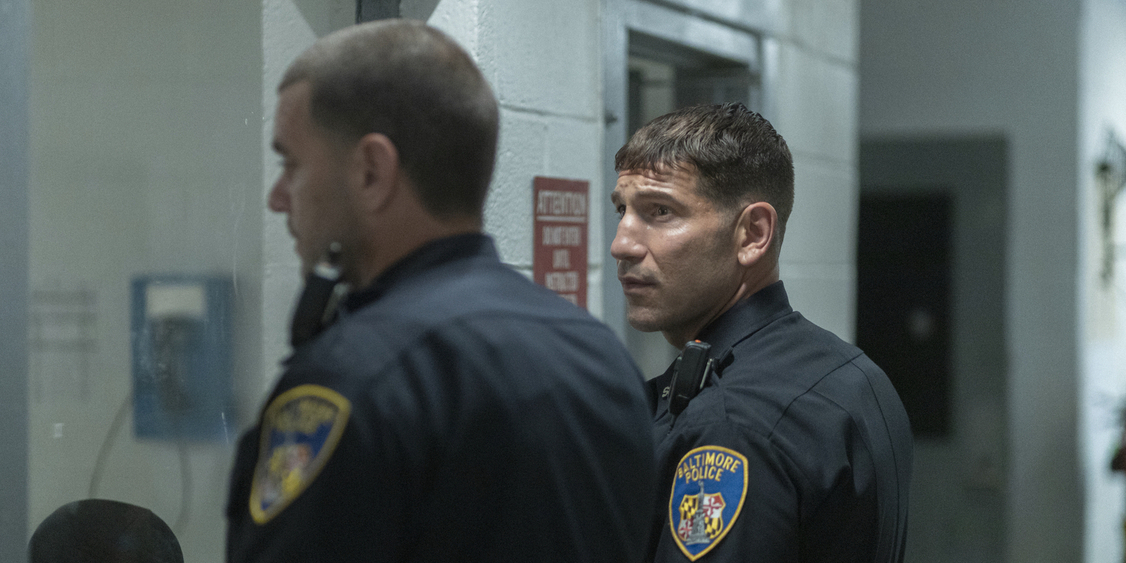 Based on Baltimore Sun reporter Justin Fenton’s book of the same name, the bent copper thriller series ‘We Own This City’ unmasks a crippled system. Developed by David Simon and George Pelecanos, the show probes into the crooked dealings of the now-disbanded Gun Trace Task Force of the Baltimore Police Department. As the bigger picture unfolds, we see documentation of the racial injustice prevalent in law enforcement, much like in its spiritual predecessor ‘The Wire.’

In turn, the thriller cop drama takes the viewers into hidden corners of Baltimore to chronicle its somber and jolting story. Following its release on HBO, the show attracted much praise from critics for its truthful depiction of the city’s criminal underbelly. Most of the plot unfolds in jail cells, courthouses, and various neighborhoods in the city. However, you may wonder where the limited series was filmed. If that is the case, let us give you a quick tour of the filming locations used in the show.

We Own This City Filming Locations

‘We Own This City’ was filmed in its entirety on location in Baltimore, Maryland. According to sources, filming began in July 2021 and continued through the fall of 2021. Due to the series developer and executive producer David Simon’s familiarity with the city, the production unit had little to no issues shooting there. However, the detection of some COVID cases in the team caused trouble. So, filming briefly came to a halt in September 2021.

The cinematographer of ‘Sing Street,’ Yaron Orbach, came on board to handle the bulk of the camerawork. At the same time, Valeria De Felice (‘Selah and the Spades,’ ‘Somewhere In the Middle’) took up the scenography. Endowed with clear weather around the year and an amicable attitude, Maryland features an excellent environment for filming. As per the state government-sponsored tax credit program, productions can avail of up to 25 percent tax incentives of their total cost expenditure. Let us now take you to the specific locations where the show was lensed.

All of the series was filmed in Baltimore, aka the Charm City. The major coastal city in Maryland has a long and rich history. Due to its seaport connections worldwide, it is a favored haven for smugglers and drug dealers. However, the eclectic and vibrant culture of the city still thrives in its neon-lit corners. While in Baltimore, the crew set up a base in Howard Park, a city park in West Baltimore. Apparently, around 100 crew personnel were present at the venue. While the team primarily stayed close to the area, they filmed all around the city.

A major sequence was filmed near the Manna Bible Baptist Church, which is located at 3043 West Belvedere Avenue in Northwest Baltimore’s Central Park Heights. In one of the sequences, detectives Wayne Jenkins, Sean Suiter, and Ryan Guinn attempt to bust a drug scene, but things go haywire. The sequence involving stunts was lensed at the intersection of Gwynn Oak and Ridgewood Avenues. Other HBO productions like ‘Veep‘ and David Simon’s ‘The Wire‘ have also been shot in the city. So, there is no doubt that Baltimore’s film industry business is growing fast.

Apart from Fenton, several other consultants helped create authentic sets, including Baltimore Police Detective Andres Severino. During the filming process, the production unit brought jobs to the local cast and crew and finances to the local businesses when it was much needed. Praising the production, the director of the Baltimore Film Office, Debbie Dorsey, said, “Baltimore is a vibrant center for film production and we welcome the opportunity to have this HBO limited series in our City.”

Read More: Is We Own This City Based on a True Story?