Where Was Without a Paddle Filmed?

Directed by Steven Brill, ‘Without a Paddle’ is a comedy film about three childhood friends, Jerry (Matthew Lillard), Dan (Seth Green), and Tom (Dax Shepard). Twelve years after high school, the trio comes to know that one of their close friends, Billy (Antony Starr), has passed away. To reminisce, the three friends go to their old treehouse and find a map. The map was Billy’s life work and leads to the lost treasure of D.B. Cooper. The three friends decide to fulfill Billy’s work and find the treasure in the Oregon wilderness.

However, their inexperience and cluelessness lead the trio on a very chaotic and hilarious trip. The quest pits the three against wildlife and natural elements, but with new friends and old bonds, they remain determined to find the treasure. The 2004 movie has garnered a massive fanbase with its humorous storyline and beautiful cinematography. The natural backdrops in the film give it a realistic feeling that makes the audience root for the group even more. If you are interested to know where the movie was shot, we have got all the details!

Without a Paddle Filming Locations

Even though the story is set in Oregon, ‘Without a Paddle’ was filmed in several parts of New Zealand due to its natural splendor and lucrative tax benefits. Prominent regions of New Zealand’s North Island like Manawatū-Whanganui, Wellington, Waikato, Bay Of Plenty, and Auckland are the major shooting spots for the movie. The production of the adventure film took place in 2003. Let’s go through the specifics of these locations!

Located in the lower half of the North Island, the region of Manawatū-Whanganui is located around the rivers Whanganui and Manawatu. Significant portions of ‘Without a Paddle’ were filmed in the region. The small town of Raetihi in the heart of North Island — nestled in a valley between Tongariro and Whanganui National Parks — served as one of the filming sites. Raetihi’s historic Theatre Royal at 21 Seddon Street can also be seen in the background of one of the scenes. 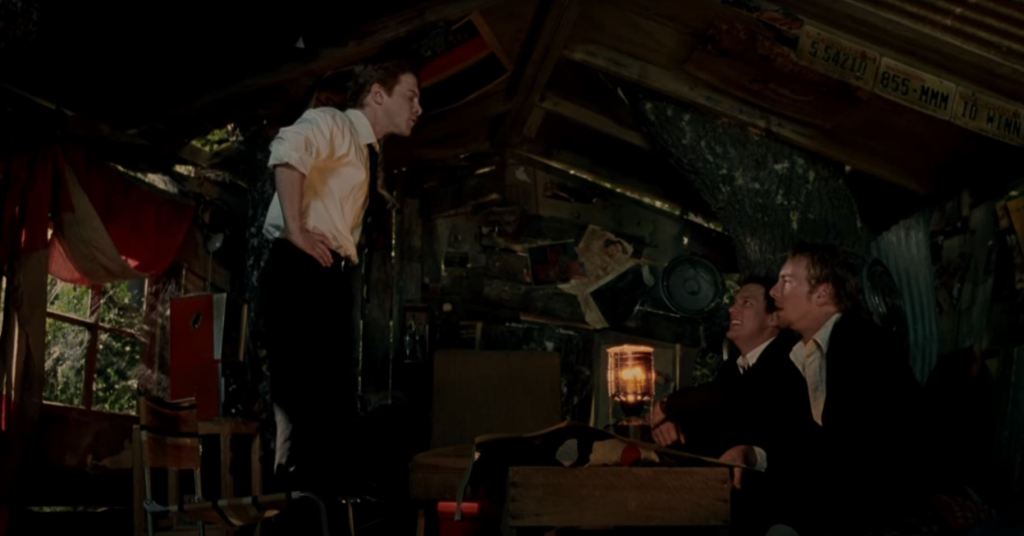 The production team also chose the town of Ohakune, located about 10 km from Raetihi, as a filming location. The property at 6 Mangawhero Terrace in Ohakune, was used for filming the flashback sequences of the group’s childhood as well as the scenes set in the treehouse. 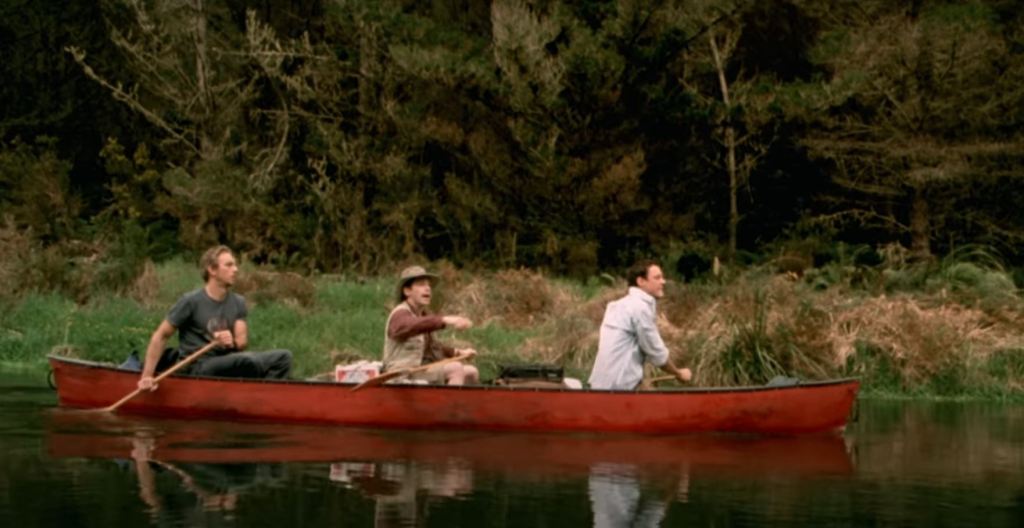 Lower Hutt is one of the most prominent cities in the Wellington region. A part of the Wellington metropolitan area, the city was used to capture prominent scenes in ‘Without a Paddle.’ The closing scene of the Matthew Lillard starrer was filmed at 30 Laings Road in Hutt Central. The Hutt River, which flows through the North Island, stood in as the Columbia River for the rafting scenes. The Wellington Region is also home to the city of Wellington, which serves as the country’s capital.

The natural beauty of Waikato, another region within the North Island, was used as a backdrop for several scenes in the movie. This includes the Waikato River, which was used to capture rafting scenes set in Oregon’s Columbia River. The Huka Falls in Taupo can also be seen in one of the scenes in ‘Without a Paddle.’

Situated at the northernmost point of the North Island, the Bay of Plenty is a coastal region around the eponymous bight. Rotorua, a city within the region located at the bank of Lake Rotorua, was also used as a shooting site for the production of ‘Without a Paddle.’

Hunua is a small settlement in the Auckland Region of North Island. Nestled at the foot of Hunua Mountain Range, Hunua is close to Hunua Falls on the Wairoa River. Hunua Falls was also used to lens a few scenes for ‘Without a Paddle.’