Where Was World War Z Filmed? 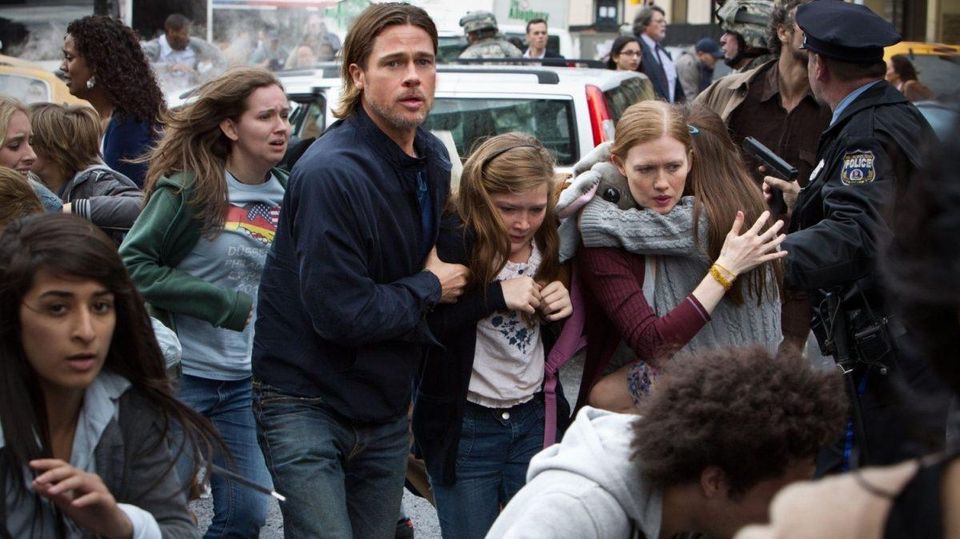 Zombie stories need no introduction. There have been so many of them that everyone must have watched at least one. One of the most frequent pairings of zombie fiction is apocalyptic (or post-apocalyptic) fiction, as it helps the story raise its stakes. ‘World War Z‘ is an apocalyptic zombie fiction movie that is credited with the revival of the genre. The big-budget zombie film turned out to be a box-office winner, raking in $540 million worldwide.

The movie is based on a 2006 novel of the same name. However, it has been criticized for an unfaithful representation of its source material. The movie ‘Wolrd War Z’ revolves around Gerry, a former United Nations employee. Gerry finds himself racing against time when a virus that turns humans into zombies threatens to end civilization. Gerry is enlisted to find the virus’s source so that he can help stop it. Brad Pitt plays the role of Gerry. Pitt also serves as one of the producers of the movie. Other cast members include Mireille Enos,  Daniella Kertesz, and James Badge Dale.

As its title suggests, ‘World War Z’ is not limited to just one place. The big-budget zombie movie is set in a variety of places, including the United States and places as distant as South Korea, Jerusalem, and Wales. Hence, it is natural for viewers to wonder about the places that the movie has been filmed in. Have the makers actually shot it in all the places that the film is set in?

Curiously, ‘World War Z’ has not been filmed in the United States despite a large number of scenes being set there. The opening sequence, for instance, is set in Philadelphia but has been filmed in Glasgow, Scotland. To be more precise, the scene involving Gerry’s family stuck in traffic was filmed on Cochrane Street. A little later, another scene was filmed in George Square. Glasgow City Chambers doubled up as Philadelphia City Hall.

@BryWaltQ this is George Square , Glasgow , Scotland doubling for Philly in World War Z. Does it compare?? pic.twitter.com/TH01z9Yt

Next, the scene involving Gerry driving the van was filmed on Wholeflats Road in Grangemouth. Apart from that, filming was also carried out in John Street in Glasgow, and Kwik Save.

In England, filming was carried out at Heygate Estate in Southwark in South London. This is where the “Projects” scene depicting Gerry’s family fleeing was shot. Furthermore, Bovingdon Airfield in Hertfordshire, a former air station, was used to build multiple sets. Here, sets for a bridge in Philadelphia, projects in Newark, and Red Square in Moscow were built. Here, the production also intended to build a set for an aircraft carrier deck. However, that plan was scrapped in favor of filming on an actual ship: the RFA Argus, which is stationed at Falmouth in Cornwall.

David Andrews and me on the set of World War Z in Falmouth, England pic.twitter.com/K6E2OfQWyS

The scene set in the WHO laboratory was filmed at Discovery Park in Kent. The ending scene was filmed at Lulworth Cove in Dorset. Filming also took place in Elstree Studios, Aldershot, Dunsford Park in Surrey, and Hanningfield Water Treatment Plant. Lastly, another place in the United Kingdom (not England) where filming was carried out was Blaenau Ffestiniog in Gwynedd, Wales.

We also have them a tour of Hanningfield water treatment works.

Fun Fact: the prison scene from World War Z was shot there, you can see the cages in the background. For more picture follow us at https://t.co/EFawj5xPYV pic.twitter.com/P1TxaskWFH

Moving on, various scenes were also filmed in the European country of Malta. The capital city, Valletta doubled up as Jerusalem for ‘World War Z.’ Malta international airport, on the other hand, is used to depict Atarot international airport in the movie. The scene involving the crowded checkpoint and a large crowd of refugees was filmed at Wine Wharf in Xatt L-Ghassara Ta’ L-Gheneb in Valletta. Triq il-Vittmi Furjanizi tal-Gwerra on Pinto Wharf was also utilized for filming purposes. Additionally, filming was also carried out at Fort St Elmo. Aerial shots of Valletta were used to depict Jerusalem. The Triton Fountain and St Joseph High Road can be seen in these scenes.