Where Was Zathura: A Space Adventure Filmed?

‘Zathura: A Space Adventure’ is as adventurous as it sounds. The science-fiction movie revolves around a board game that turns out to be a portal to another world intermingled with adventure and menace. Although the game might seem like child’s play, do not be fooled. It is way too mature and alarmingly threatening for the three kids – Josh Hutcherson, Jonah Bobo, and Kristen Stewart – who are pulled into its chaos.

As they keep playing, they suddenly realize they’re orbiting Saturn, and the outside of the house transforms into an infinite expanse somewhere in space. They’ve been whisked away from the safety of the suburbs into a world where meteors drop like explosives. Where was ‘Zathura: A Space Adventure’ filmed? Let’s find out.

‘Zathura: A Space Adventure’ was filmed in August 2004. The movie was filmed in different areas in and around California. Let’s discover more details.

The special effects in the movie were conceived in Sony Pictures Studios, situated at 10202 West Washington Boulevard in Culver City. The majority of the scenes are studio-based. Instead of Computer Generated Imagery (CGI), the production team was keener on using practical effects to create a more realistic and appealing atmosphere. The out of the world aspects of the movie were created in the studio, robots and Zorgon suits alike. The interior of the Budwing house is actually Stage 30, within the walls of the studio.

Director Jon Favreau and Dax Shepard behind the scenes of ZATHURA: A Space Adventure! Catch a FREE Loft Jr. screening this Saturday 8/10 at 10am sponsored by @pimalibrary! pic.twitter.com/K0yuIQigyf

Director Jon Favreau disclosed that the scene where the house floats due to a tweak in gravity was the most challenging sequence to film. The stage was perched 30 to 40 feet high upon a gimbal, which allowed the setup to tilt to around 40 degrees. They managed to pull it off without any risk as the cast and crew members were safely strapped to cables and harnesses.

Several scenes were shot in Stan Winston Studios, situated at 16145 Hart Street. In a few scenes, the Zorgon ships are computer-generated, and digital effects were used to roughen out soft edges. For instance, the limbs for the robot suit designed by Stan Winston Studios, along with meteors and planets, were digitally conceived. The team also meticulously made a mannequin-like model of Kristen Stewart, which was highly detailed. While describing the filming process, the actor called the experience incredible and said it was like having a twin.

The exteriors of the Budwing house is a property located at 216 Oaklawn Avenue in South Pasadena. The production team created a miniature model of the house, which was then used to film complex scenes that required modifications that were not possible on the actual property. In the film, the Budwing house finally settles into its original spot after a long journey in space, undamaged. It is situated just south of Columbia Street, west of South Fair Oaks Avenue. 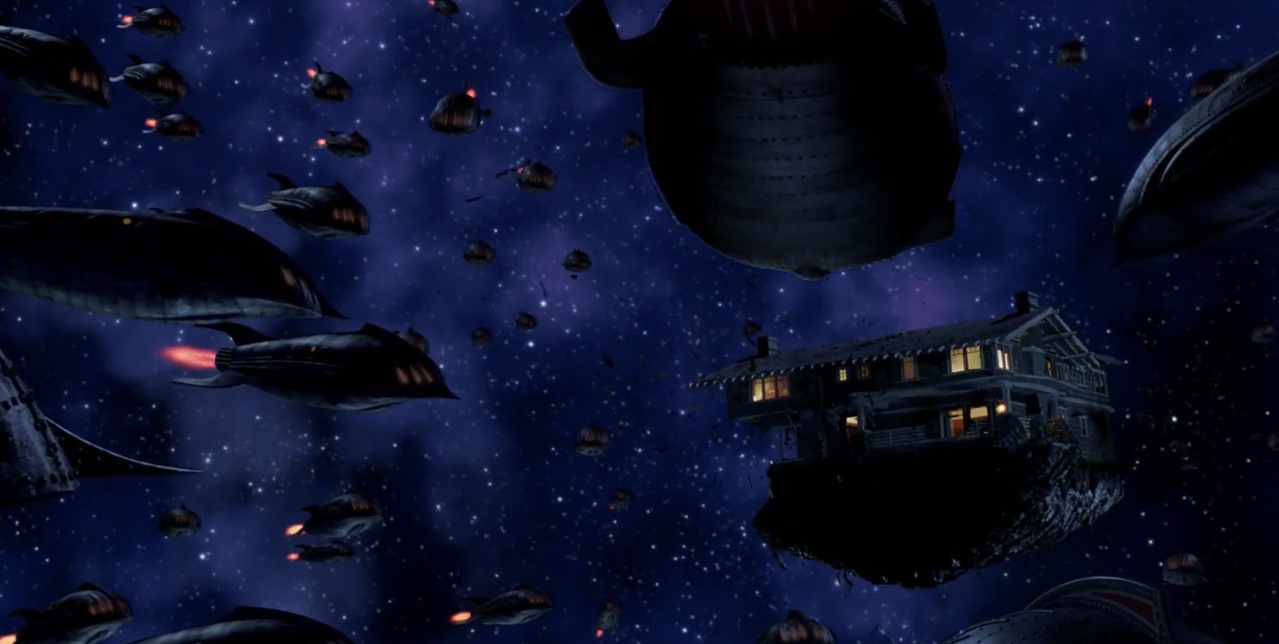