Who Am I Ending, Explained 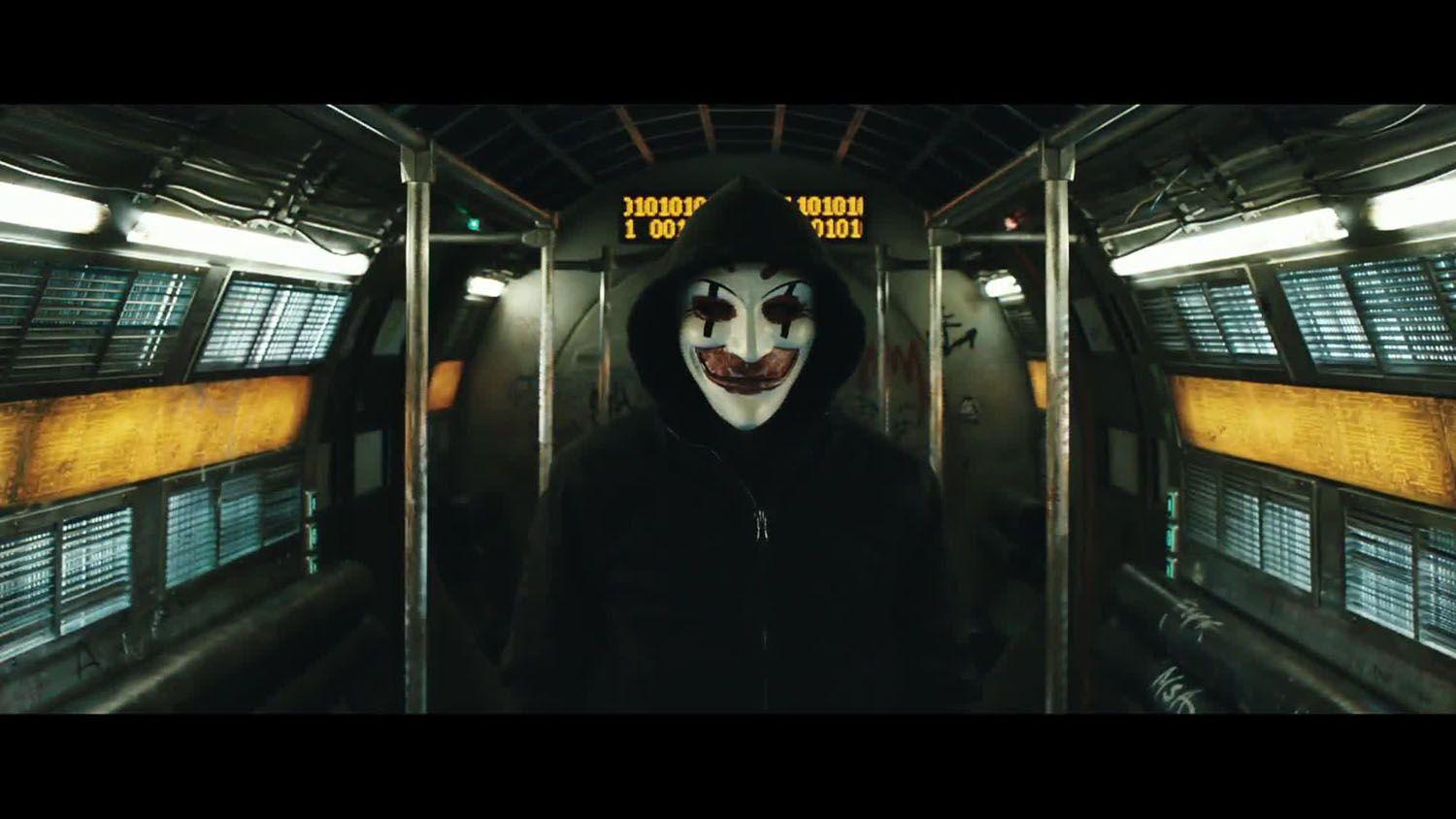 ‘Who Am I: No System Is Safe’ is a German techno-thriller film directed by Baran bo Odar. It tells an intricately woven tale of a hacker who gets entangled in a plot of murder and seeks to clear his name. The film is notable for its visual depiction of technical aspects of hacking. Its unreliable narrator and cyber elements have earned it comparisons to ‘Fight Club‘ and ‘Mr.Robot.’ While that is true, the non-linear narrative will hack your brain and the shocking closing moments of the film act as a Trojan virus causing your software (brain) to malfunction and affect your processing. But don’t worry, we are here with the anti-virus – the answers to all your questions about the ending of ‘Who Am I.’ SPOILERS AHEAD.

Who Am I Plot Synopsis

The film opens with an ominous murder scene, then quickly cuts to Benjamin Engel, a hacker from Berlin, sitting in an interrogation room. The officer-in-charge informs Hanne Lindberg, the Head of Europol’s Cybersecurity Department, that Benjamin has asked her to conduct the interrogation. Benjamin says that he has information about FRI3NDS, a notorious four-member hacking group affiliated with the Russian cyber mafia, and MRX, a notorious hacker popular on the darknet; he tells her that he could give them to Hanne if she listens to him. Hanne has no other choice and sits down. 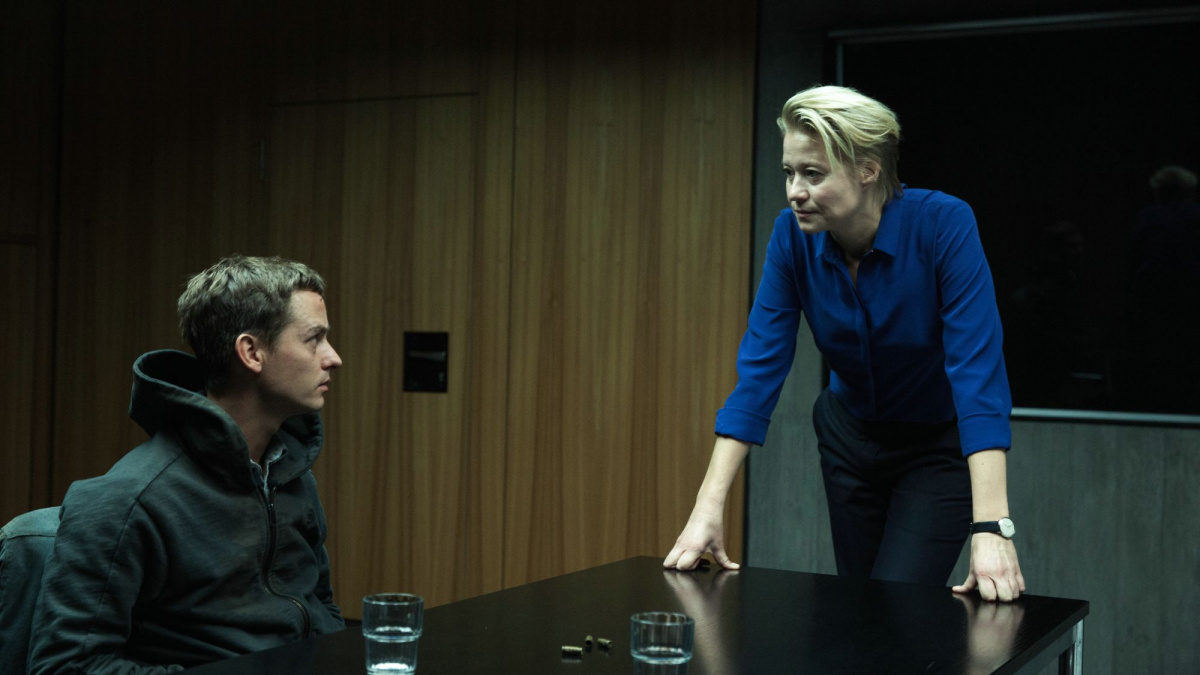 The story then unfolds in a series of flashbacks. Benjamin tells Hanne that he is like a superhero: like many heroes, he has no parents. He never knew his father, and his mother committed suicide when he was eight years old. He lives alone with his sick grandmother. He considers himself invisible and calls it his superpower as most people never noticed him during childhood, and he was socially awkward. He says he learned to code and hacked his first system when he was 14 years old. Although he feels like a loser in real life, the internet gives him a sense of belonging.

While he was spending most of his time on the darknet, he met his hacking idol, MRX, whose identity is not known and who can hack into any system. Benjamin strives to be like him. However, unable to attend college, he worked as a pizza delivery boy to pay the bills. He tells Hanne that one night while delivering pizza to a group of students, he saw Marie, a girl he has been in love with since school. When he found out that she was having trouble with her exams, he decided to help her and be a “superhero.”

He went to the college, hacked its servers to download the question paper, but was caught and got arrested. Since he had no prior convictions, he was sentenced to do community service as punishment. While cleaning the streets, Max, a fellow hacker, introduces himself to Benjamin, who feels that Max is the opposite of him: charismatic and self-confident. Later, Max introduces Benjamin to his friends Stephan and Paul. After Benjamin proves himself as a hacker, Max explains that the concept of social engineering is the best way to hack.

Benjamin, Max, Paul, and Stephan form a group of hackers called “Clowns Laughing At You,” nicknamed CLAY. Using Benjamin’s house as the base of operations, they cause widespread chaos in Berlin in the form of pranks and become increasingly popular on social media. However, MRX, who Max is obsessed with, immediately taunts them. Max is enraged and wants to perform a more outrageous act of hacking, and Benjamin suggests hacking into the main building of the BND (German Central Secret Service).

The group agrees with Benjamin’s idea and decides to hack into the BND to impress MRX. With some dumpster diving and phishing, they gain access to the BND building, use their internal servers, and hack all printers to print their “NO SYSTEM IS SAFE” logo around the building, which impresses MRX. However, when they go to a club to celebrate, Benjamin notices that Max is kissing Marie. Benjamin storms off and refuses to speak to his friends or let them inside the house. Feeling inferior, he secretly contacts MRX and offers him a database of BND’s private servers that he hacked.

When the group arrives the next day, Benjamin is still angry and attacks Max, who beats him up. However, Paul hears on television that one of the FRI3NDS members, nicknamed Krypton, was murdered. Benjamin admits that he passed on the information from the BND to MRX. Upon verification, he finds that the information identified Krypton as a double agent working with Hanne to expose MRX and FRI3NDS. MRX frames CLAY for Krypton’s murder. To clear their names from the murder charge, Benjamin contacts MRX, who instructs them to hack into the Europol database in exchange for MRX’s identity and provides them with a hacking tool.

After dissolving their hard drives in acid to erase data, they travel to Europol’s Hague headquarters. They try to hack the servers of Europol, but their previous methods of dumpster diving and phishing attempts fail. While leaving the building, Benjamin notices that a student visiting the building drops her visitor’s card. Benjamin recollects Max’s advice on social engineering and gains entry to the premises.

He attaches a hacking device in the canteen and uses it to hack into Europol’s internal servers and provides MRX with an entry that was secretly encrypted in a double Trojan so that if MRX tried to gain access, his real identity would be exposed. MRX sees through this ruse and exposes Benjamin. He is attacked by the Russian mafia and barely manages to get away safely. Benjamin returns to the hotel where he is staying with his friends and finds them dead. This scene bookends the film’s opening scene. Fearing FRI3NDS are going to kill him, he decides to turn himself in.

To prove he is serious, he reveals personal information about Hanne, who was suspended because she failed to capture FRI3NDS and MRX. Hanne agrees to include Benjamin in a witness protection program in exchange for help in catching FRI3NDS and MRX. Benjamin signs up as MRX himself and spreads lies about MRX being a snitch, forcing the real MRX to use insecure methods to break into darknet servers. This allows Benjamin to expose him, and MRX is revealed as a 19-year-old American boy from New York City, who the FBI arrests in a cafe. Two shocking revelations come to light in the aftermath of these events that untie and tie the entire plot simultaneously.

Who Am I Ending: How Does Benjamin Hack Hanne?

After agreeing to put Benjamin in the witness exchange program, Hanne notices a wound running through his palm (the same injury Max got after driving a nail through his hand) and suspects that Max, Stephan, and Paul are fictional characters. To find answers, she visits Benjamin’s doctor, who claims that his mother had multiple personality disorder and therefore committed suicide, and learns that it can be genetically inherited. 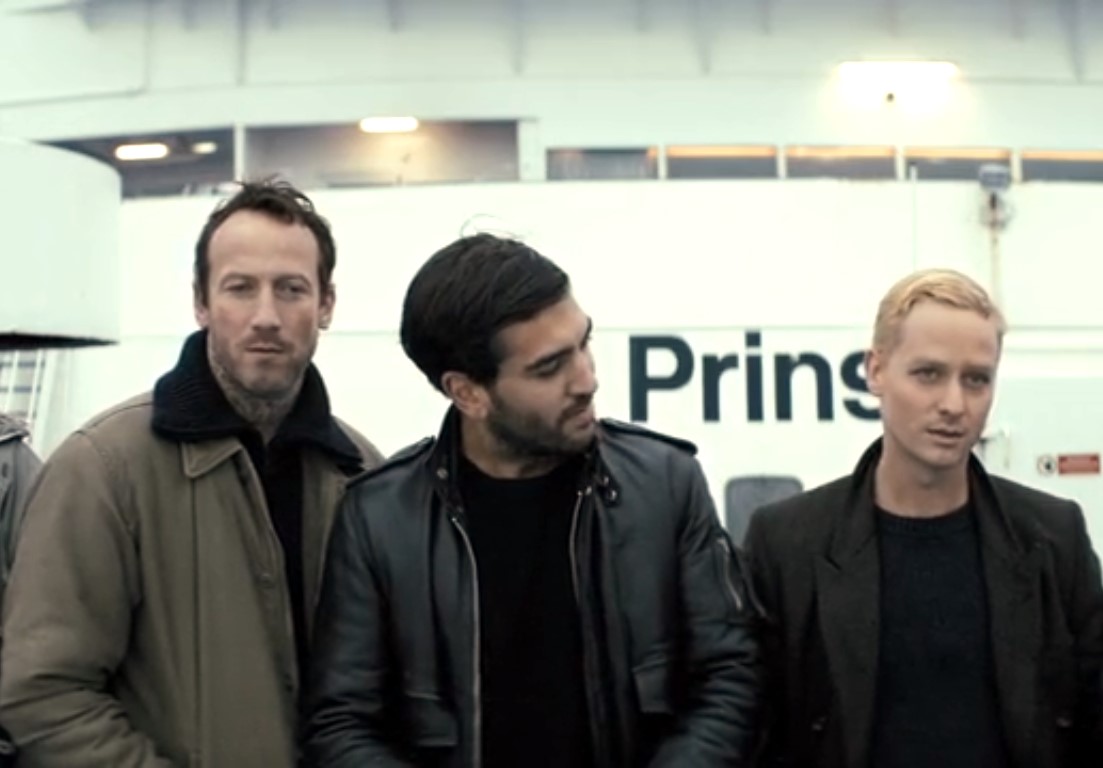 Hanne connects several plot holes in Benjamin’s story and realizes that “he” alone was CLAY; he hacked the BND alone and planted his grandmother’s WWII bullets in the hotel to make it look like his friends had been killed. Hanne confronts Benjamin, who has an emotional breakdown after discovering that people with mental disorders cannot get witness protection. However, Hanne changes her mind at the last moment and gives him access to the witness protection program, which turns out to be a “real” program containing information about all citizens of Germany.

Benjamin changes his identity here. Hanne allows Benjamin to go on the condition that he never hacks again. Benjamin, who now has blonde hair, is alone on a ferry. However, Marie, Max, Stephan, and Paul suddenly join him. In an expository scene, Benjamin explains that he pulled off “the greatest social engineering stunt” of all time by hacking a person, Hanne, and getting what he wanted. The scene switches back to Benjamin, who returns to the hotel and finds the boys alive and well. He tells them to run away as MRX knows his identity, but they refuse to leave him behind.

After Marie visits them and confirms that people with mental illness cannot receive witness protection, they devise a plan for Benjamin to go to Hanne and dictate the story. He deliberately gives holes in the plot that she is likely to decipher and then uses her to get into the witness protection program. In the server room, it is revealed that Benjamin did not change his identity; he erased it. Benjamin claims that Hanne will eventually realize his deception, but she will not pursue them.

Does Benjamin Have Multiple Personality Disorder?

The film never clarifies if Benjamin is sick or if it is an elaborate set-up, as he claims in the climax. It is possible that he is sick, and his friends are a manifestation of his multiple personality disorder. He is seen continuously taking a drug that is considered a hallucinogen. We never really learn much about his friends, not even their full names, and they appear out of nowhere to join Benjamin on the boat. All this points to the fact that Benjamin could have multiple personality disorder. 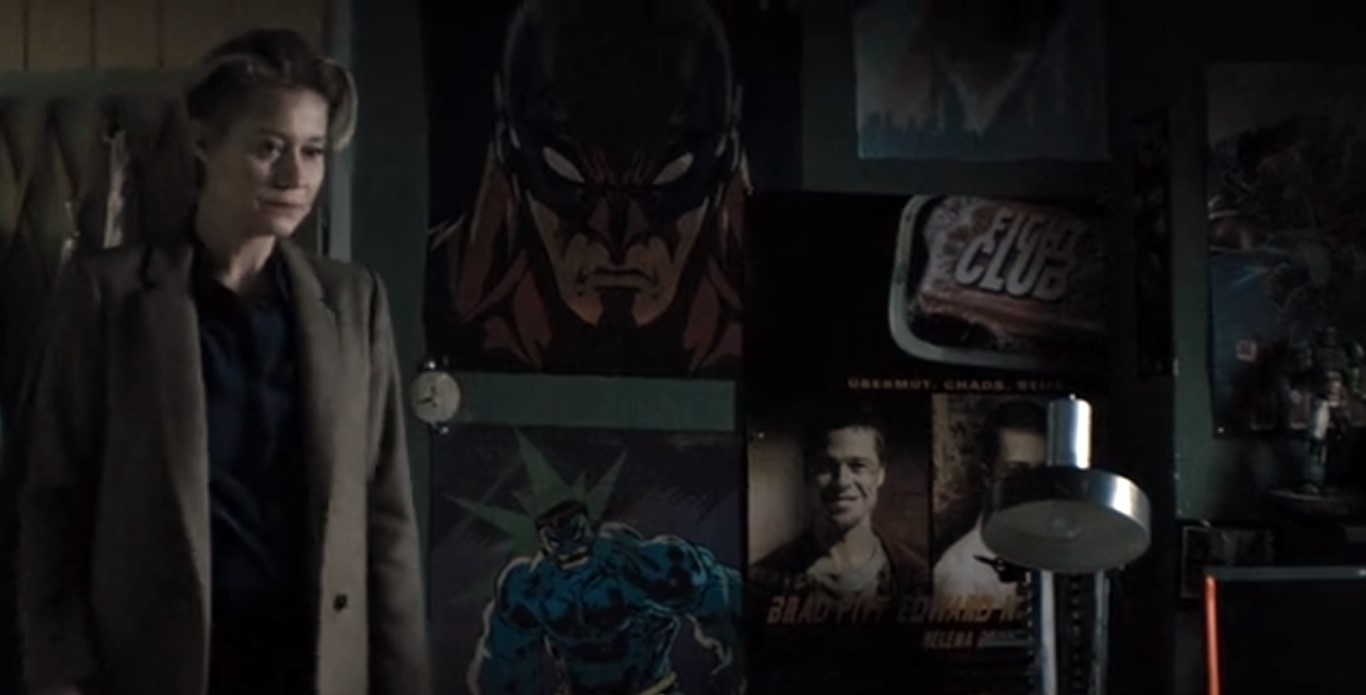 But as Benjamin himself states at the beginning to Hanne, “Every little detail is important,” and it is these details that will give us a definitive answer. To prove his point, Benjamin performs a magic trick immediately after saying this dialogue. He collects four sugar cubes in his palm, and when he opens it, there’s only one; he again closes his palm and reopens it to reveal all four cubes. In the final moments, Benjamin explains this trick to Hanne and says, “Everyone only sees what they want to see.”

This moment subtly reveals that Benjamin has planned the plot holes in the story on purpose and wants Hanne to see them. The presence of four cubes itself is an indication that the four members of CLAY are four different people. Another clue is when Hanne goes to Benjamin’s house, she finds the drug packet in his dustbin. It is entirely possible that he planted it there. But the big clue here is the poster on the wall, a poster from ‘Fight Club.’

The parallels between ‘Fight Club’ and ‘Who Am I’ become stronger and stronger as the film progresses (Benjamin’s look even resembles that of Edward Norton), and anyone who’s seen the former film will immediately claim that Benjamin has multiple personality disorder. But if you’ve forgotten, let us remind you – “Everyone only sees what they want to see.” Thus, the obvious parallels between the two films are a clever misdirection in our opinion. Benjamin does not have a multiple personality disorder. It was merely a deception to get what he wanted.