Who Are Demi Lovato’s Parents? 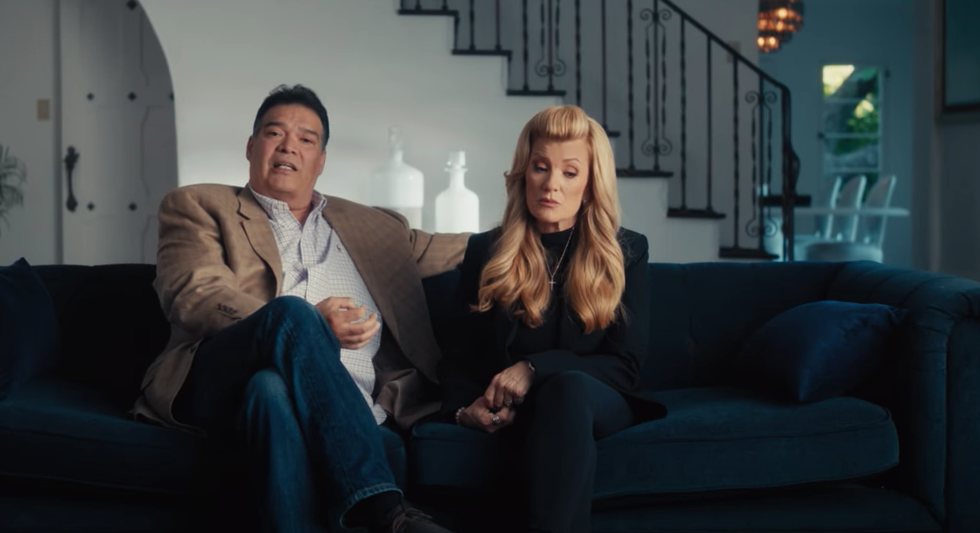 Directed by Michael D. Ratner, ‘Demi Lovato: Dancing With The Devil’ is a four-part documentary highlighting the pop singer-songwriter and actor’s life in a way we’ve never seen before. Following the artist over a period of three tumultuous years, it covers a range of topics, including her struggles with mental health and addiction, with a particular focus on her near-fatal 2018 overdose. However, as each story begins quite literally at birth, and as there is still a little bit of mystery encompassing Demi’s parents, let’s find out all about who they are and Demi’s relationship with them, shall we?

Who Are Demi Lovato’s Parents?

Demetria Devonne Lovato, or simply Demi Lovato, was born on August 20, 1992, in Albuquerque, New Mexico, to former Dallas Cowboys cheerleader Dianna De La Garza (née Lee Smith) and Patrick Martin Lovato, who was a musician and engineer. Unfortunately, though, as Demi’s parents divorced shortly after her second birthday and Dianna brought both Demi and her older sister, Dallas, to Dallas, Texas, soon after, the singer grew up almost estranged from her father. In fact, in 2009, she admitted that she “had to cut off all connection” with Patrick because his demons were hurting her.

Can't believe it's already been a year.. Wish I could've hugged you one last time.. RIP Daddy, I love you. pic.twitter.com/kuR6p1hkTx

Nevertheless, it seems as time passed by, Demi was able to form at least some sort of a connection with him before he passed away in 2013. After all, following Patrick’s death, Demi took to Twitter to say, “There’s an overwhelming sense of peace knowing my dad is no longer battling his demons anymore and that makes me so happy.” Then, she paid tribute to him on his first death anniversary by writing, “Can’t believe it’s already been a year.. Wish I could’ve hugged you one last time.. RIP Daddy, I love you.” Demi has also recorded a few songs about Patrick over the years, including “World of Chances” and “Father.”

In saying all this, though, after Demi had relocated to Dallas and started her career in the entertainment industry, she found endless support in Eddie De La Garza, her step-father. In fact, by bringing him as her plus one at the 2017 Grammy Awards, Demi made sure that the world knew that when she called Eddie “the greatest dad a girl could ever hope for,” she meant it with her entire heart. Eddie and Dianna tied the knot in 1995, welcoming Madison De La Garza, also an actress, into this world in 2001. Demi also has a paternal half-sister, Amber, whom she spoke to for the first time when she was 20-years-old.

In her 2017 documentary, ‘Simply Complicated,’ Demi gave us a glimpse into how her birth father played a part in driving her towards drugs and addiction. “My dad was an addict and an alcoholic,” she said. “Guess I always searched for what he found in [them] because it fulfilled him, and he chose that over a family.” The singer has often implied that Patrick was mean and abusive, yet someone who was always trying to be better. But her mother, Dianna, confirmed it in her 2018 memoir, ‘Falling with Wings: A Mother’s Story.’ She wrote, in part, “I thought I could change him, and I think victims of domestic abuse often feel the same way.”

Despite everything, though, Eddie and Dianna have complete faith in their daughter. The whole family’s dynamic revolves around love, support, and comfort, as made evident in not only Demi’s recent interview on ‘Radio Andy,’ but also in ‘Demi Lovato: Dancing with the Devil.’ In the radio discussion, Demi spoke up about coming out to her parents in 2017, saying that “it was actually emotional but really beautiful… I have such incredible parents.” Then, in the documentary, Eddie and Dianna reveal what they know happened to their daughter in the months leading to her overdose and how she’s “good at making you believe she’s okay.”

Read More: Are Demi Lovato and Max Ehrich Still Together?