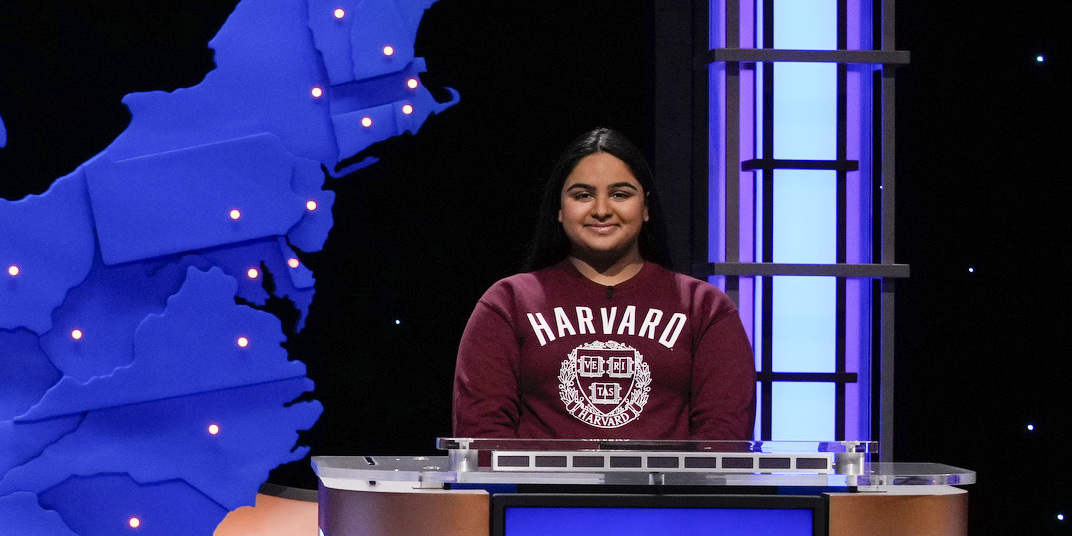 The 2022 edition of ‘Jeopardy! National College Championship’ is just around the corner. It features 36 college and university students from across the country who compete for the cash prize of $250,000. Part of the famous ‘Jeopardy!’ franchise, the general knowledge-based game show is hosted by the ‘Call Me Kat’ fame actress Mayim Bialik. The third episode of the new installment is scheduled to air on February 10, 2022. So, here is all that we know about the contestants who are set to appear in episode 3 featuring Quarterfinals 5 and 6.

Pauline Bisaccio is pursuing two majors from Clemson University in pre-med Biochemistry and Psychology. A native of Fort Mill, South Carolina, she attended the Nation Ford High School from 2015 to 2019. Pauline is known to be one of the students who protested against Clemson’s hike in tuition fees during the COVID-19 pandemic.

Chance Persons hails from Burnsville, Minnesota. As per reports, he is currently pursuing his majors in Physics and Chemistry at Creighton University in Omaha, Nebraska. He is reportedly a Quiz Bowl enthusiast and seems to play baseball too.

Neha Seshadri is a contestant with an impressive resume. She is currently doing her B.A. in Economics from Harvard University on a Coolidge Scholarship that she received in 2017. The highly driven youngster is a member of the Women in Leadership Committee (Institute of Politics at Harvard Kennedy School) and a Senior Investment Research Associate with the Harvard Financial Analysts Club.

Apart from these, Neha is the Director of Business for Harvard Model United Nations, the Director of Harvard Economics Review, and the Associate Director for the Harvard College Consulting Group. The talented young student also founded the not-for-profit organization Helping Hands Going Global when she was a freshman in high school.

Lauren Rodriguez, a native of Moraga in the Bay Area, is pursuing a degree in Public Policy Analysis and Sociology from Pomona College. She chose the two fields of study because she wanted an interdisciplinary experience that would equip her to bring about social change. Lauren is also interning for the League of Women Voters of Los Angeles.

Apart from that, the bright college student is an interview editor for Claremont Journal of Law and Public Policy and a Sociology Department Liaison at Pomona College. Lauren has always enjoyed crossword puzzles and trivia games, which made this game show an exciting platform for her to try something different.

Matthew “Matt” Downing is currently enrolled in the University of Notre Dame for a Bachelor of Business Administration in Marketing and Mathematics. In the Summer of 2021, he interned with KPMG, where he wants to work after graduation, as per reports. Matt also volunteers as the Camp Counselor and Volunteer Coordinator for Camp Kesem at his university. The Ronkonkoma native is also associated with the Student International Business Council and the men’s boxing club.

Elijah Odunade is originally from Livingston, New Jersey. He went to Beaver Ridge Elementary School before he bagged a spot at the Georgia Southern University for a Bachelor of Arts program in Political Science and Government in 2019. Later, he continued the same program at The University of Georgia, where he will complete the degree in 2023.

Like several other contestants on the show, Elijah is a quizzing enthusiast. Besides being a part of the UGA Quiz Bowl, he has volunteered as a food preparer for the Gwinnett County Health and Human Services and has been a canvasser in the political campaign for Ed Tarver as he ran for the Senate.