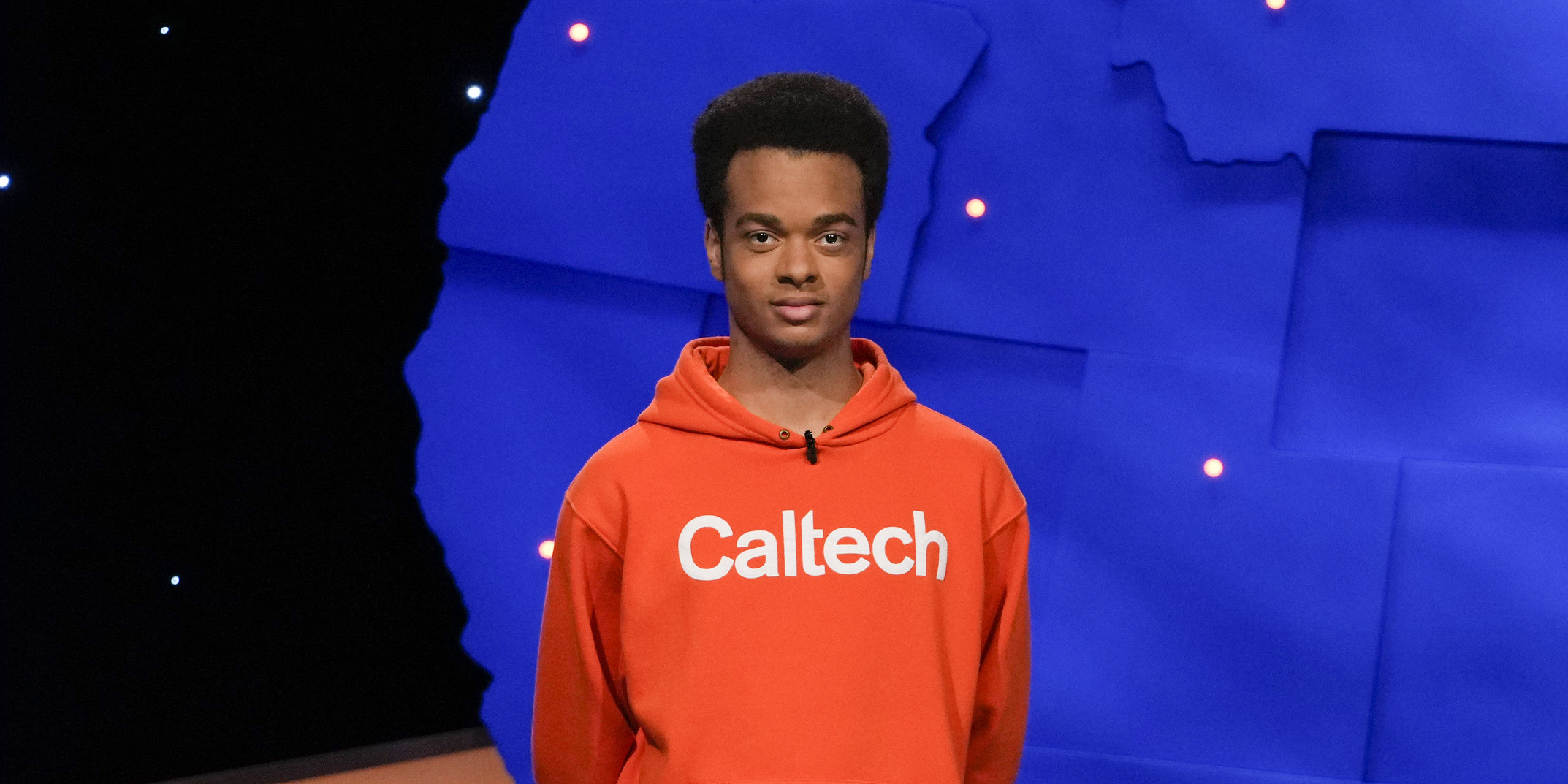 ‘Jeopardy! National College Championship’ is a television event that is a part of the ‘Jeopardy!’ franchise created by Merv Griffin. In this game show, full-time undergrad students compete with each other to prove their mettle when it comes to general knowledge. In total, 36 students from different universities across the USA participate in the 2022 edition, which is hosted by Mayim Bialik (‘Call Me Kat’ and ‘The Big Bang Theory’). Now, let us take you through all that we know about the contestants appearing in episode 2 featuring Quarterfinals 3 and 4.

Toussaint Pegues is a student of the California Institute of Technology. As per sources, he is the president of the residential community on campus known as Ricketts. The multifaceted youngster is quite creative. Apart from pottery, ceramic work, and candle-making, he also bakes and crochets! Being someone with such a wide range of interests, it is easy to see why he is qualified to be a contestant on the show.

Originally from Champaign, Illinois, Emmey is a student at the University of Minnesota. Set to graduate in 2024, she is majoring in history. She is also a part of the History Club and the Chinese-American Student Association at the university. Besides being fluent in Chinese and German, Emmey has an interesting background in volunteering. She graduated from Dutch Fork High School, where she studied computer science. Emmey is currently working part-time as an Archives Student Assistant at the university library.

A University of Pennsylvania student, Mehek hopes to complete her Bachelor’s degree in English Language and Literature/Letters by 2022. She is currently the director of SPEC Jazz & Grooves, a student group that gives a platform to up-and-coming artists. Moreover, she is a research assistant and an intern at the department of English in UPenn. In addition, Mehek is the Managing Culture Editor of the student arts and culture magazine called the 34th Street Magazine.

Yejun Kim, a student of Northwestern University, is actually from Naperville, a suburb of Chicago, Illinois. After graduating from Waubonsie Valley High School in 2018, she enrolled at Northwestern to pursue a degree in chemical engineering. She has grown up on game shows, particularly ‘Jeopardy!’ Sources revealed that she, along with her friends, took the initial tests to participate in the show just for fun. Much to her surprise, she cleared all the rounds that took her to the quarterfinal game 4 of the show’s 2022 edition. At present, she seems to be working as a research assistant at her university.

Mitch is pursuing a Bachelor of Science in Mathematics from Villanova University, Pennsylvania. Much like Mehek’s family, his family enjoys watching game shows too. He currently works part-time jobs at Best Buy as a Sales Generalist and as a senior staff member of the Villanova University Tech Crew.

Joseph Kornman AKA Joey attends Brandeis University, where he is pursuing a double major in classical studies and economics, alongside two minors in politics and the history of ideas. His academic choices reflect his passion for learning. In fact, he is reportedly studying abroad in Athens at present. Joey also comes from a family of game show superfans, who can be quite competitive. It is no wonder that he is a part of the quiz bowl team on campus. The West Hartford, Connecticut, native seasonally works as a lifeguard at Renbrook Summer Adventure Day Camp and is an orientation leader at Brandeis.